"We Are Our Ancestors", 2020 by Danielle SeeWalker

If you’ve ever seen Danielle SeeWalker’s art before — you surely have been fascinated by her range. SeeWalker is Húŋkpapha Lakhóta and an enrolled member of the Standing Rock Sioux Tribe in North Dakota. On top of a visual artist who works in multiple mediums — SeeWalker is also an activist and author. She recently participated in the inaugural Babe Walls event — a celebration of women artists. Based out of Denver — SeeWalker hopes to continue her activist work and cultural messages through artistic expression.

Native American culture and land has been the driving force of SeeWalker’s inspiration. She is fascinated by archival images of the people of her tribe — and often spends significant amount of time studying their clothing, hair and body language.

“I am a girl from the prairies of North Dakota and when I go back home for visits I find that little things like dragonflies, the wildflowers and even the smell of sweet grass in the air can be inspiration for me,” SeeWalker said. “It’s very perplexing to me how just a couple of generations ago my people have changed so much through several attempts of assimilation and cultural genocide. I think about that a lot when it comes to my own identity as a Lakota woman and I think it translates through my artwork.”

SeeWalker is well known for working in various mediums. Yet despite the vast range of her artwork — a bright color scheme is one element her works share. According to SeeWalker — her fascination for color began when she was a child. While school supply shopping, SeeWalker would often beg her mother for the largest box of Crayola crayons possible. Art has always been her main form of expression. 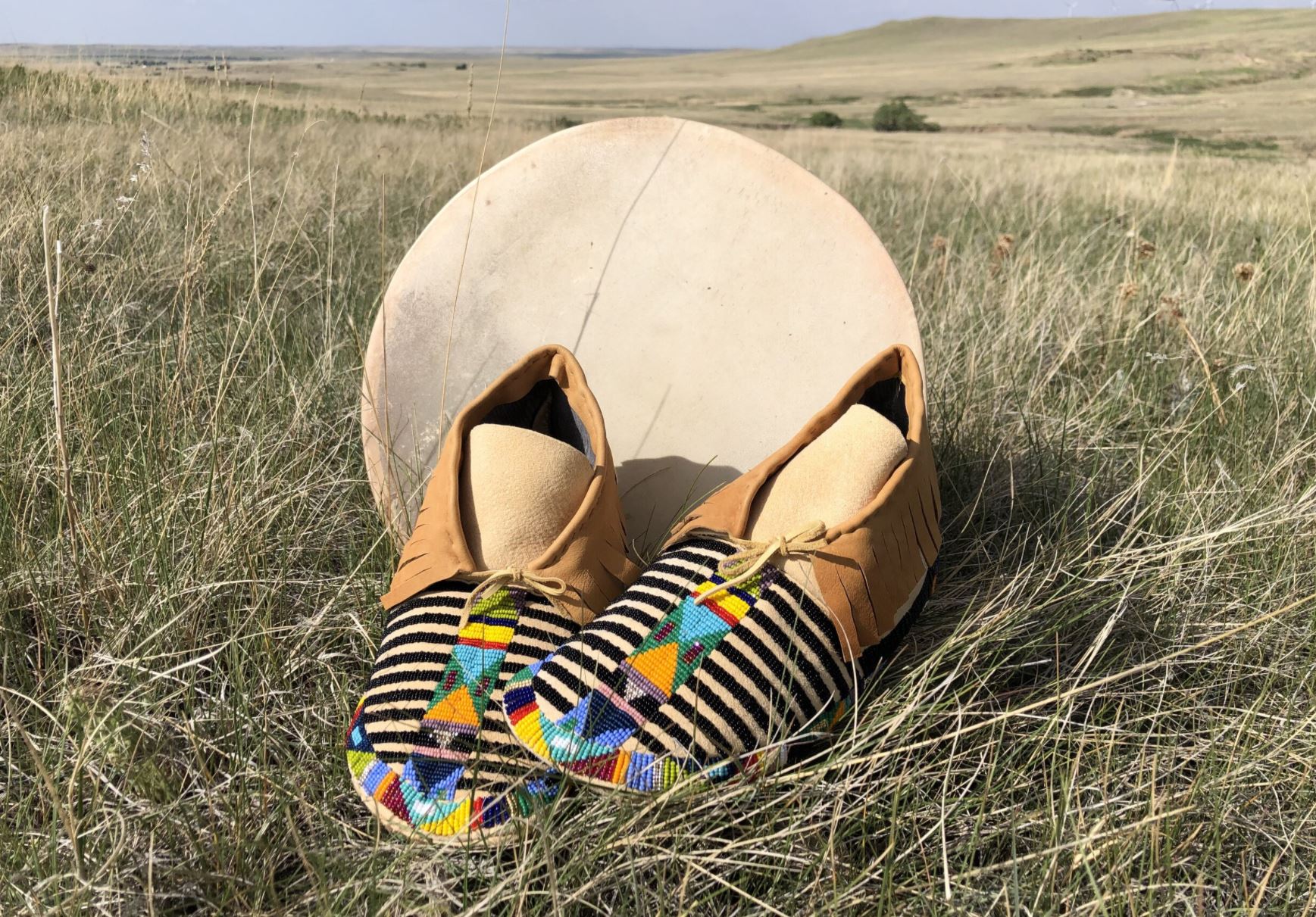 While SeeWalker shared that it is difficult for her to commit to just one medium — leatherwork and beadwork are two that she holds close to her heart.

“It’s a traditional art in my culture that has been carried down through generations. It’s not something you just take a class to learn and then go at it,” SeeWalker said. “I’ve had to watch and learn for years before picking up a needle or cutting into leather hide, and I still get nervous when I make that first cut.”

Despite the anxieties that come with engaging in such a precise artform — SeeWalker has found that beadwork is meditative. While creating her beaded projects or putting together a pair of moccasins — SeeWalker often finds herself appreciative of the workmanship her ancestors had when this artform was a way of life.

On top of beadwork and leatherwork — SeeWalker has most recently taken on murals. She participated in the Babe Walls festival where she collaborated with Denver artist R0melle to paint a mural on an entire house. 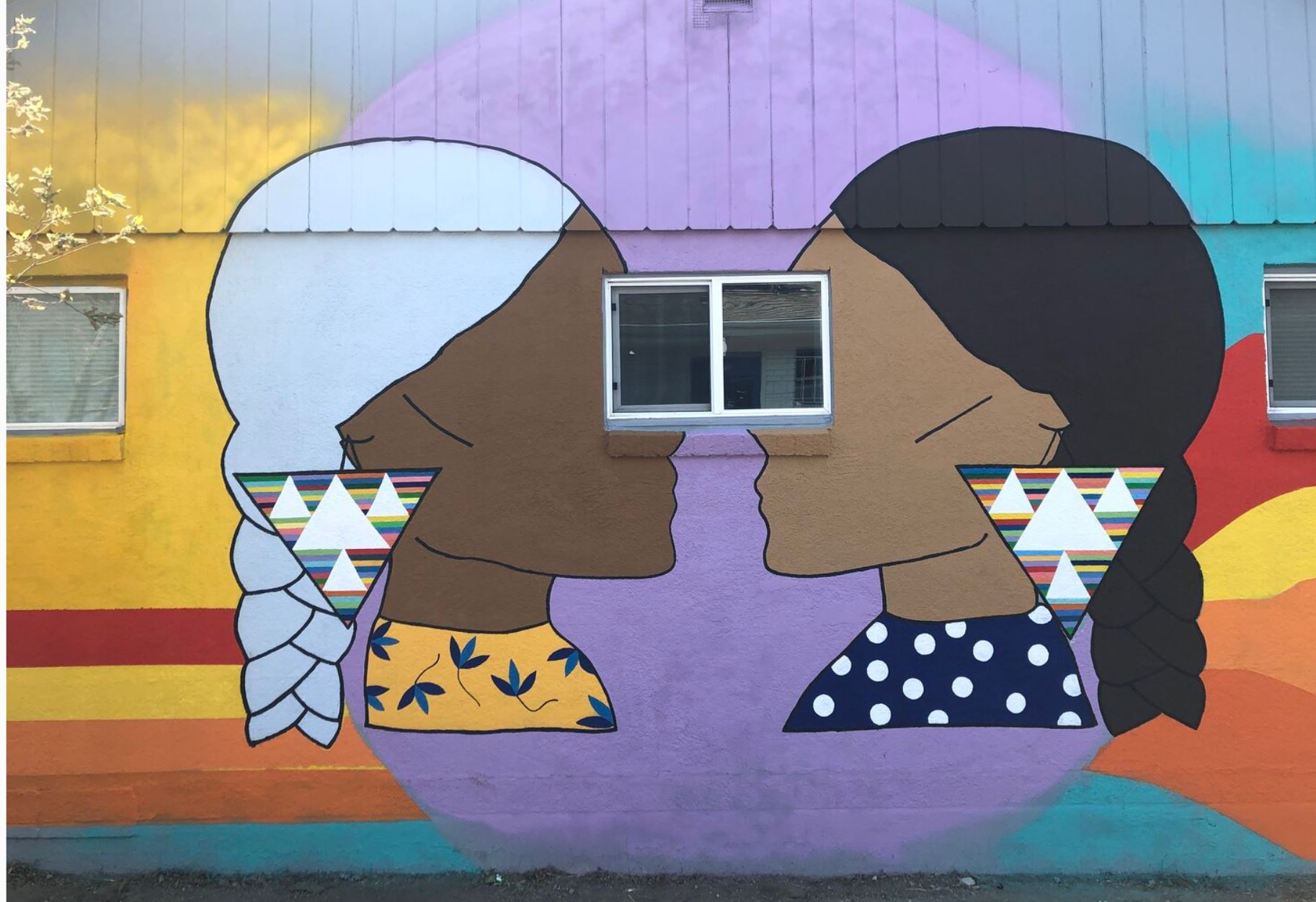 “Mitakuye Oyasin” by Danielle SeeWalker and R0melle for Babe Walls 2020.

“To be honest, when she asked me if I would be willing to create a mural with her, I thought ‘Who, me?’ I couldn’t say no to that opportunity but to say I was nervous was an understatement,” SeeWalker said. “However, I felt supported and mentored along the way and am so grateful to be a part of the inaugural year of this festival. Working alongside and interacting with so many other talented womxn and non-binary artists in our area was truly the incredible part.”

Since her collaboration with R0melle at Babe Walls — SeeWalker worked on another mural last month. She also has more planned for 2021. According to her — the art form is addictive.

Recently, SeeWalker has been taking a straightforward approach in regards to how she combines art and activism. This past summer, SeeWalker researched the Treaty of Fort Laramie of 1868 — a treaty between US colonizers and various Native American peoples. In the treaty is an article titled “Article X” — which states that the US goverment would provide European styles of clothing to the Native American people — an attempt at cultural genocide. SeeWalker then created two paintings titled “Article X” and “Article X, part deux” that were influenced by this. 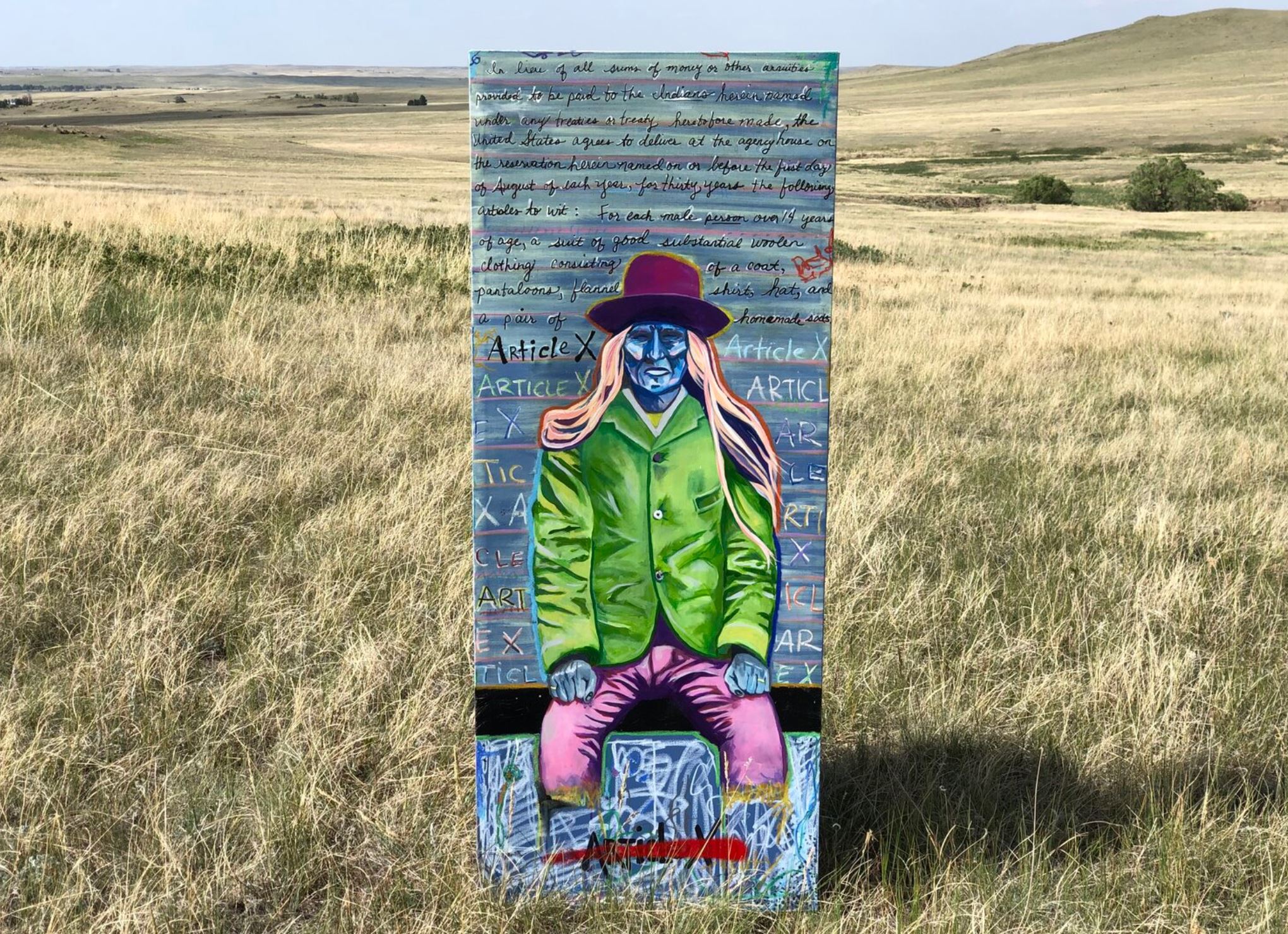 Perhaps one of SeeWalker’s greatest artistic accomplishments is The Red Road Project — a photographic project she began with one of her longtime friends, Carlotta Cardana, nearly eight years ago. The project aims to document inspiring stories of Native America that are often ignored in mainstream media. Carlotta Cardana photographs the indigenous people and culture in the series — while SeeWalker is the mastermind behind the words that go with the photos.

“The system continues to teach inaccurate perspectives on topics like Columbus, Thanksgiving and Pocahontas year after year which only leads to generational cycles of misinterpretation and stereotypes,” SeeWalker said. “There is so much resilience, beauty and positive things happening in Indian Country and those are the stories that I want people to know through The Red Road Project.”

Most recently — SeeWalker incorporated stories from The Red Road Project into a published book she authored — titled Still Here: A Past to Present Insight to Native American People and Culture. The book aims to be an informational guide on Native American culture. SeeWalker had been approached by educators to create a guide for middle school aged students that would cover the basics of Native American topics. She then wrote Still Here to be a quick read for both students and adults to develop a general understanding of Native America and to encourage others to begin their own research.

As for the future of SeeWalker’s work — she has plans for more murals, group shows and maybe even a solo show in 2021. She is set to continue working on empowering Native American communities through her artwork and projects next year.

“Where my true passion lies is the work I’m doing with local community art organizations to bring more opportunities to our Indigenous artists in the greater-Denver area,” SeeWalker said. “We have so many talented Native American artists that are underrepresented in the art scene here and we need to change that. Sometimes all it takes is for someone to be given that one chance or opportunity, like I was given, and I want to pay that forward in any way that I can.”