The Art of Brewing at 14er Brewing Company

Brewing is both a form of art and exact science. Being able to create and maintain bold flavors is not an easy task and with so many different breweries establishing themselves over Colorado, making one’s mark on the industry is no walk in the park.

Co-founders of 14er Brewing, Andrew Kaczmarek and Nato Francescato, are self-taught brewers that accidentally stumbled across brewing in high school. Eyes opened to this new and exciting world, their passion was sparked. They dedicated any free time they could spare to their new found passion and eventually pursued jobs in the industry. After having worked for other companies to create recipes and seen their expansion, they began to pursue the dream of opening their own brewery with flavor profiles that were closer to what they felt beer should be. Thus, their ‘uniquely crushable’ craft beer was born and in June of 2018, they opened 14er Brewing Company on Blake Street.

In the summer of 2020, Carl Rose also joined the 14er Brewing family. Rose had originally been pursuing a career as a chef, but when a friend started a brewery, a new dream was realized. He has now been brewing for over 10 years and had been helping start a brewery in India before taking his current role as a brewer.

With much knowledge and experience in the industry, Kaczmarek and Rose bring to light the world of brewing and what goes on behind the scenes of the brewhouse.

Just like anything else, it starts with the ingredients. Barley, a type of grain, is placed in the 14er Brewing mill and any specialty grains that make up the desired beer are added in.

From there the barley goes to the brewhouse to be added to hot water. The first part in this process is called mashing. As the water and barley combine, the brewer stays on the brew deck, hand stirring it with a paddle to get the temperature just right and remove any dry spots in the barley.

“Pretty much we are making a barley tea,” Rose said. “Steeping it in hot water to break the starches down into sugars and that sugar is what the yeast are going to consume. We want to leave all the grain behind, but just get the sugar.”

Then comes the boiling. As the mixture is boiled, it kills off any harmful or unwanted ingredients. Interestingly enough, Rose shared about how in the past, before there were water filters, some places in the world preferred to drink beer over water. Why? Simply because that boiling process made it safer to drink. This is also the stage where they add the hops, spices, produce, such as jalapeños, or any other unique ingredients to the beer they are creating.

“One of our beers, Rocky Mountain Saison, we brew with fresh jalapeño, cilantro and lime,” Kaczmarek said. “We actually won a gold medal in GABF in 2016 with that beer.”

After it is boiled it is time to start cooling.

“That is when we add it to a fermenter and the yeast are added. They like, depending on the yeast, anywhere between 50 and 75 degrees and they consume all that sugar to produce alcohol and CO2,” he said.

Yeast is a finicky little thing that can dramatically change the flavor profile based on what it interacts with, the amount of time it is brewed, and how much of it is used. When Kaczmarek and Francescato purchased the space, they had to rework the brewing of different recipes to keep the same flavor profiles they already developed. It is not always as simple as twice the size, double the ingredients.

Depending on the type of beer they are making and the strain of yeast added, the fermenting process can take anywhere from days to weeks to months. To make it more time consuming, only one kind of beer can go through the mashing and boiling stage at a time. Even after those stages, it may need to sit for weeks before it is ready.

“It is important to have the different types of tanks to make sure we have that continuous pipeline of product,” Kaczmarek said. “The great thing about having the lager tanks is we are not tying up one of the fermenter tanks. So this beer can sit in this tank for a month and we can still continue to make beers that we sell faster, like Mt Massive and Key Lime Pie, and get those in the cycle.” 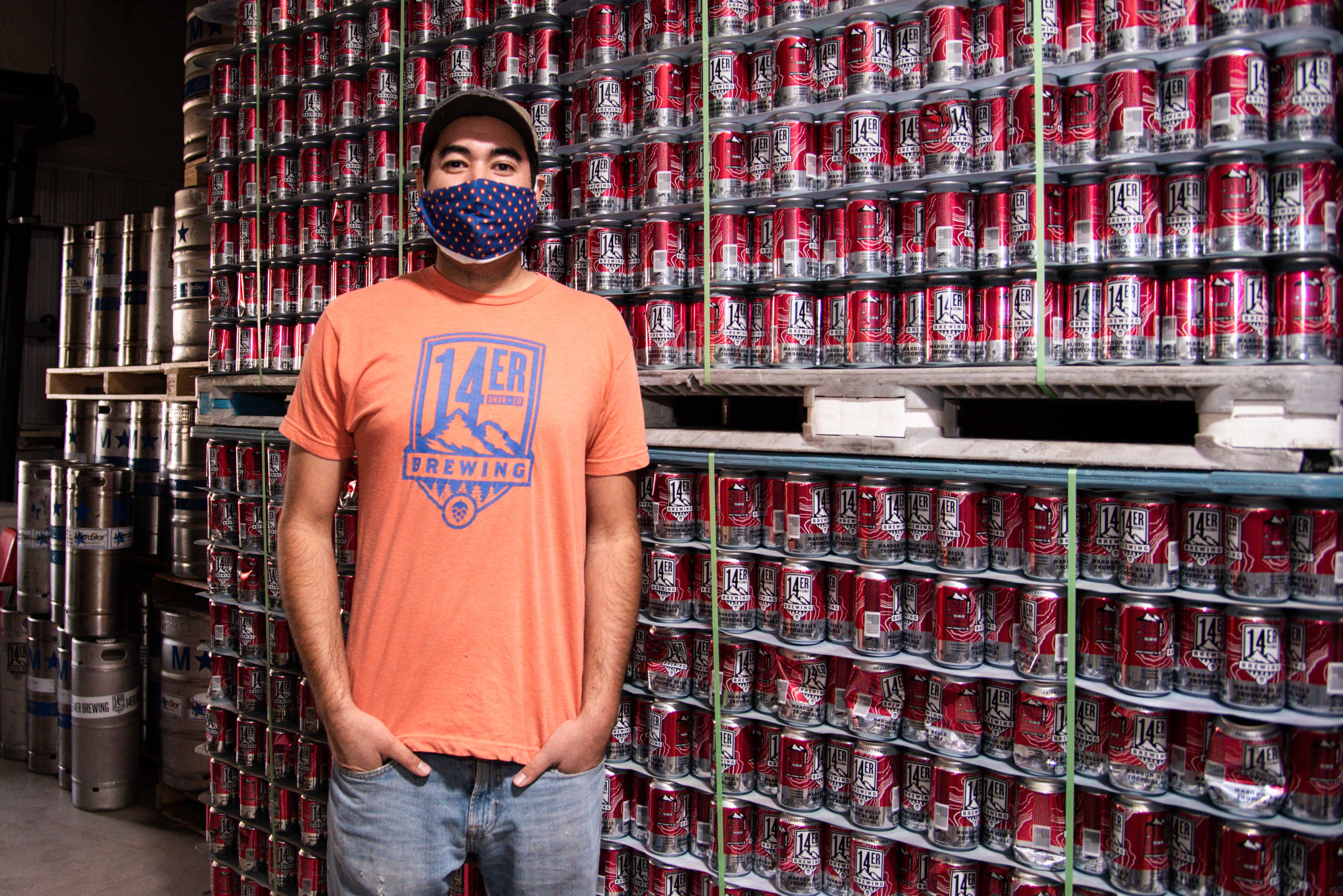 Typically to tell when the beer is done, they check the sugar versus alcohol level. They know how much sugar they started with and as the yeast consumes the sugar, it produces the alcohol. In other words, as the sugar content goes down, the alcohol content goes up.

“At some point, the yeast will flatten out and the temperature of the beer will drop, called crashing, to near-freezing temperatures and that will put the yeast in a suspended state and they will actually fall out of solution to the bottom of the column,” Rose said.

The cool thing about this process is that the yeast that falls to the bottom of the column can still be used to make beer later on. It is almost like it is reactivated when added to another sugary wort. Many breweries or brands will use the same strand of yeast for different generations.

Finally, when the brew is at that perfect alcohol content they are looking for, they filter it out and package the final product. 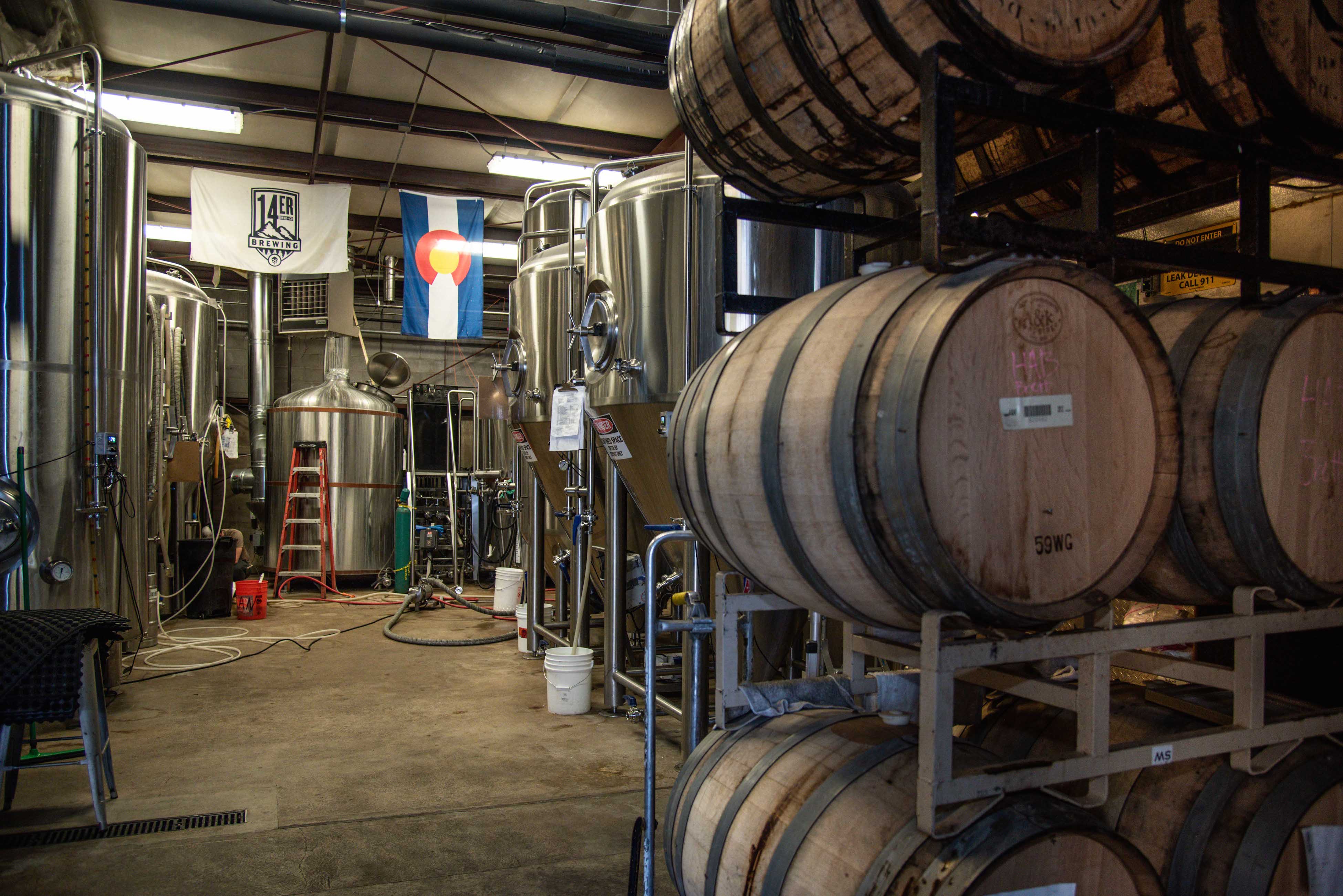 “Beer can be very variable,” Rose said. “It is kind of a natural product. Brewers have a lot to do with it, but so do the yeast and so you are creating those conditions for the yeast to work. But it is a living thing so it might not turn out right and you are really relying on that. That is why getting consistent beer takes a lot of work. There is a lot of science to it, but there is a lot of art to it too.”

Brewing beer is not for the faint of heart, but for the passion seekers and innovators. There is so much more to brewing than the basics broken down. Even understanding just a portion of what Kaczmarek, Francescato and Rose do brings so much more depth and appreciation to craft beer at 14er Brewing Company.

To learn more about 14er Brewing and the Flagship beers, click here. They just released a new collaboration brew with Blue Moon RiNo that has taken over two years to make. Stop by the brewery to try the new Prickly Pear Golden Sour or their award-winning Rocky Mountain Saison.

All photography by Madison McMullen.