Photography by Payden Widner, courtesy of the artist

When folk musician Jeff Cramer came up with the idea to build a shed in his backyard for creative usage by Denver songwriters, coronavirus was simply a small blip on the horizon as news coverage centered around foreign countries and not yet the United States. In late February, Cramer finished the shed, hosted a song share with his favorite Denver songwriters and then the world shut down. Despite the circumstances, the shed still became a creative haven for Cramer, as the idea to bring his new band into the space manifested. By producing The Shed Sessions, Jeff Cramer and The Wooden Sound’s debut, Cramer became a new creative force in Denver’s folk music scene.

Cramer’s music is largely inspired by his experiences on his wide-spanning journey around the U.S. and the world. He’s worked and lived in rural Maine, northern Wisconsin, Bolivia and Washington D.C. all before making his way to Denver to pursue songwriting and music. Since moving here, Cramer has found well-deserved success, finishing in the top five songwriters in the 2019 Telluride Bluegrass Festival’s songwriter contest, the Troubadour Contest. 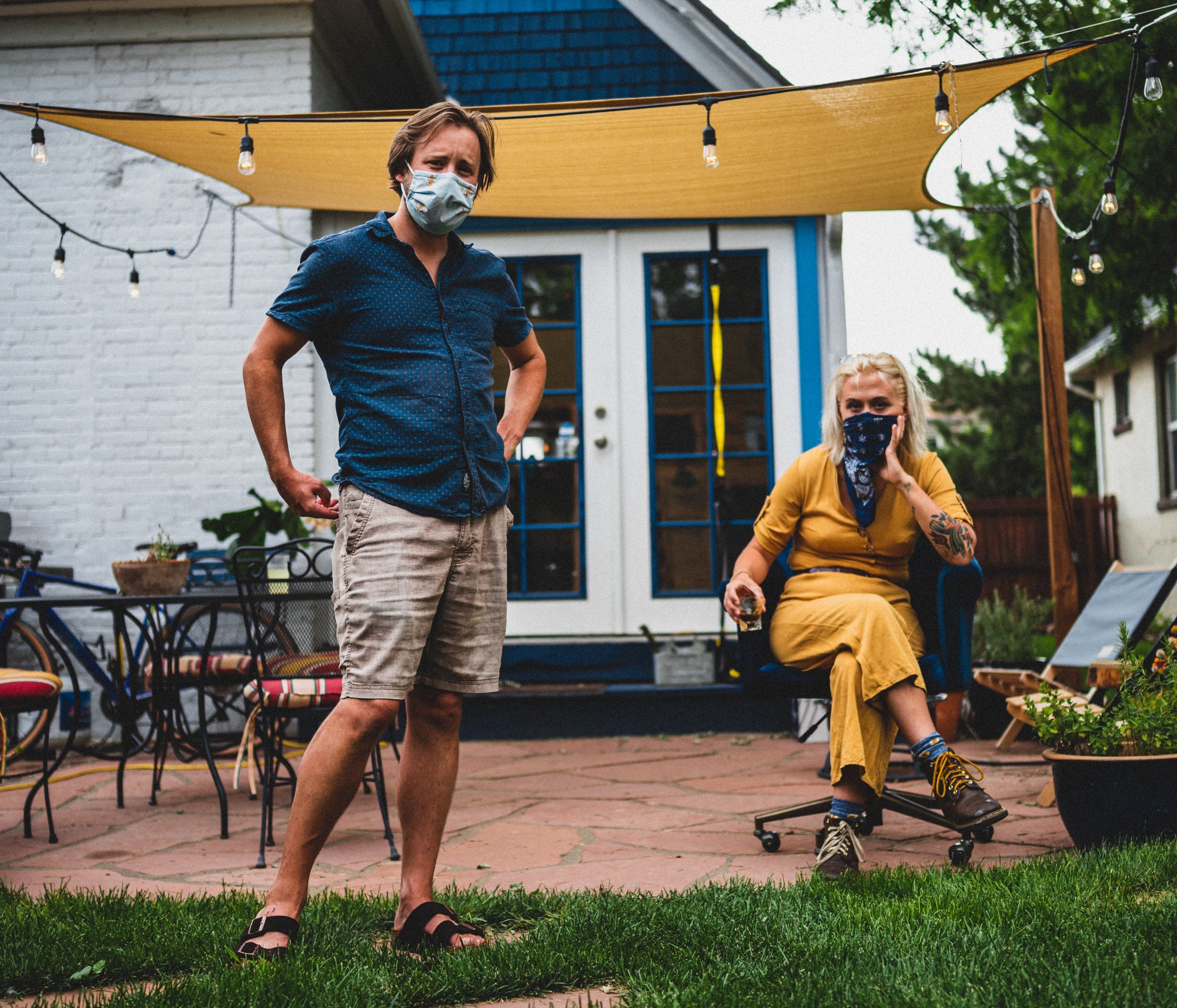 The Wooden Sound, which is comprised of musicians Emma Rose, Dylan McCarthy and David Pailet, in addition to Cramer, was set to launch in late March, but safety precautions prevented that from becoming a reality. Instead, Cramer’s backyard shed provided the perfect space for the introduction of his new band to the world in a time where musicians have had to find new ways to share their art with their listeners. The Shed Sessions is a mix of reworkings of songs from Cramer’s debut album, Northern 45, covers from iconic musicians like John Prine and a few new originals as Cramer continues to develop his second full-length album.

On the heels of their first release from The Shed Sessions, John Prine’s “Aimless Love,” comes the band’s reimagining of one of Cramer’s original songs from his first album called “Band of Brothers.” The song is an upbeat ode to Lewis and Clark’s journey of exploration and discovery as they moved west across the United States wilderness at the beginning of the 1800s.

“The interesting thing about Lewis and Clark is that they seemed so focused on the destination, and not the journey, yet really what they are remembered for is the journey and the stories that came from it,” Cramer explained. “Every time we play it there’s some sense of seeing and feeling a little window into their wild world and adventure.”

“Band of Brothers” truly comes alive in The Shed Sessions, with the small space of the shed lending an organic warmth to the song. This new version adds established bluegrass musician Dylan McCarthy’s mandolin finesse as an extra layer of liveliness, making the song bright and airy. “Dylan McCarthy on mandolin seemed partial to the song when we were first rehearsing and really led the energy and interpretation of the song that comes out here,” Cramer said. “It feels more alive and natural and true to the spirit of the song.” 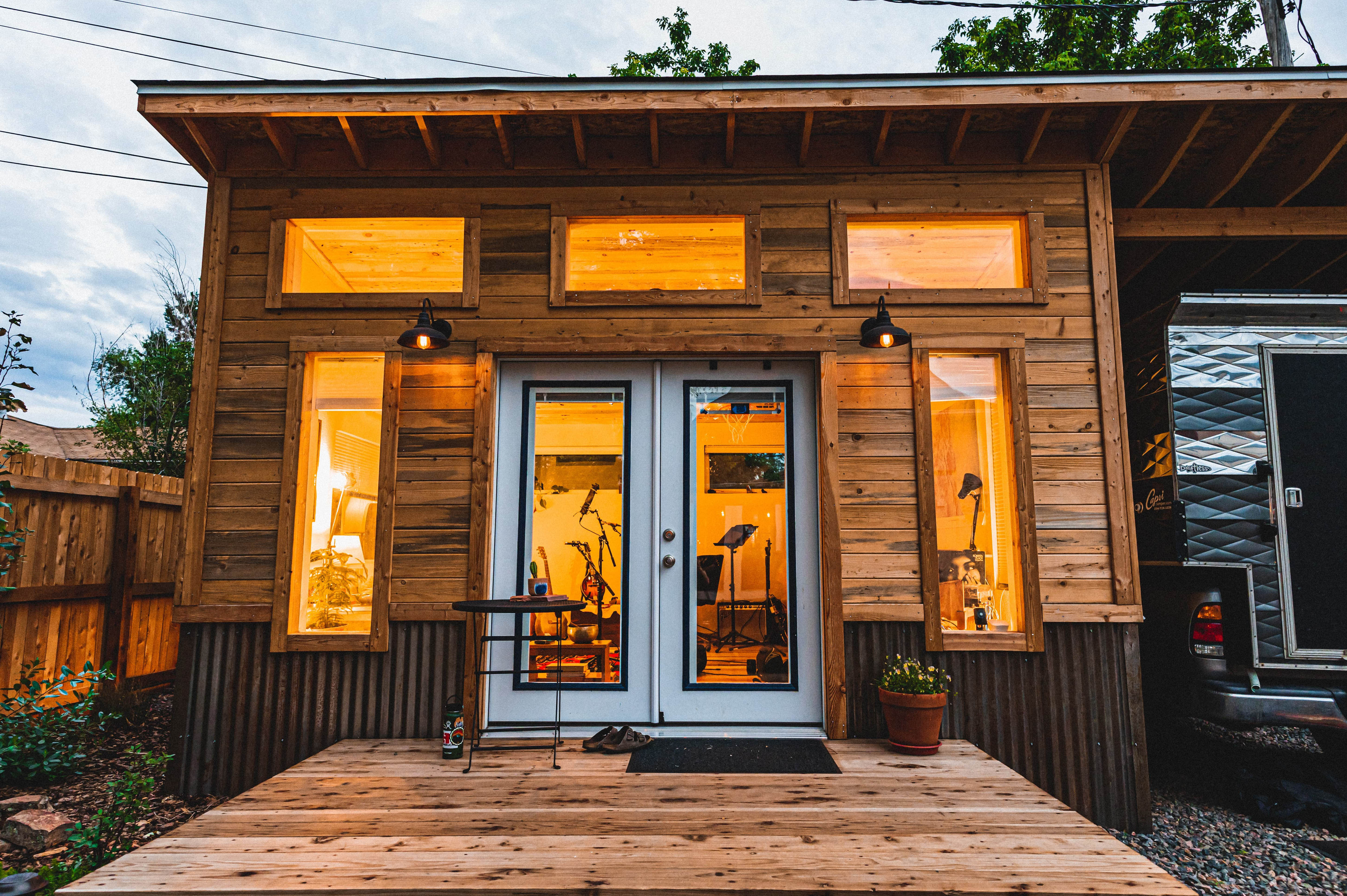 The Shed Sessions’ simple production and style lend the virtual audience a sense of being at an intimate live show in Cramer’s backyard, just as the shed was originally intended for. The escapism of the sessions truly does work its magic. One can almost picture sitting around a fire pit under the stars with friends while Cramer shares his stories through his chosen medium of folk music. Until we can all gather in person once again, Cramer and his band hope these captured moments can still provide their listeners with a sense of shared community through these small musical interludes from life.

All photography by Payden Widner, courtesy of the artist.