After being required to shut down only two days after opening due to the pandemic, Baba & Pops has had its fair share of challenges during 2020. What started out eight years ago as a food trailer serving Canadian Italian sandwiches has transitioned to a homey brick-and-mortar shop serving pierogies and what may be Aurora’s biggest Bloody Mary.

Owners Jeremy and Kathern Yurek began their journey into the world of pierogis eight years ago when Jeremy opened his first food trailer on the 16th Street Mall. Jeremy grew up eating and cooking food from all over the world and wanted to start his own venture after graduating from culinary school in Nashville. He was inspired by his Polish ancestry — his great-grandparents emigrated to Canada from Poland and passed down their traditional Polish recipes for generations — and named the brick and mortar concept after his great-grandparents, “Baba” and “Pop.” The former food trailer sold a variety of menu items from Italian sandwiches to pierogies and— after several months — it was clear that pierogies were the reason customers frequented the trailer. “The pierogies were really the hit so we rebranded and started focusing on that,” said Katherine. 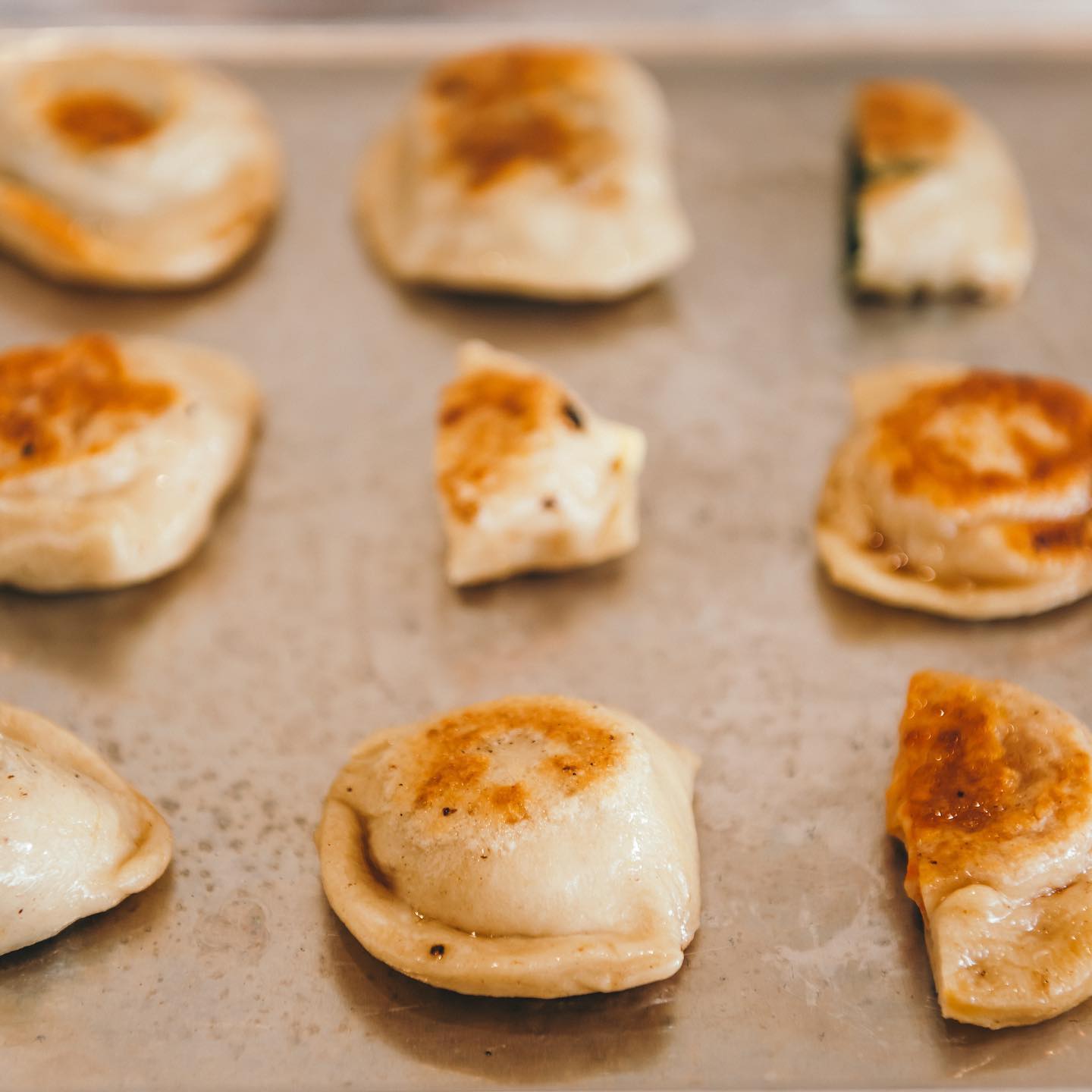 The Yureks began packaging their pierogies and selling them at local farmer’s markets while on the hunt for a brick-and-mortar location. They were looking for several years before they discovered the City of Aurora’s Restaurant Incentive Program and were able to open up their first location in March — two days before they were forced to close because of the pandemic. “Luckily we were still able to sell into local stores and at farmer’s markets,” said Katherine, “That saved us.”

All of the pierogies at Baba & Pops are made by hand — rather than by a machine — to keep to the traditional technique of Jeremy’s great-grandparents. However, the flavors are modernized in several pierogies including the Colorado Pierogi ($11) with the addition of a house green chili and the Pizza-rogi ($11) that is stuffed with tomato, basil and mozzarella and served with a marinara dipping sauce. Other traditional and delicious dishes include the sauerkraut soup ($8), the fried chicken kabob ($11) and the cabbage rolls ($9) which are stuffed with a mixture of ground pork, beer, rice, herbs and spices then braised in a house tomato sauce — a true Polish delite. 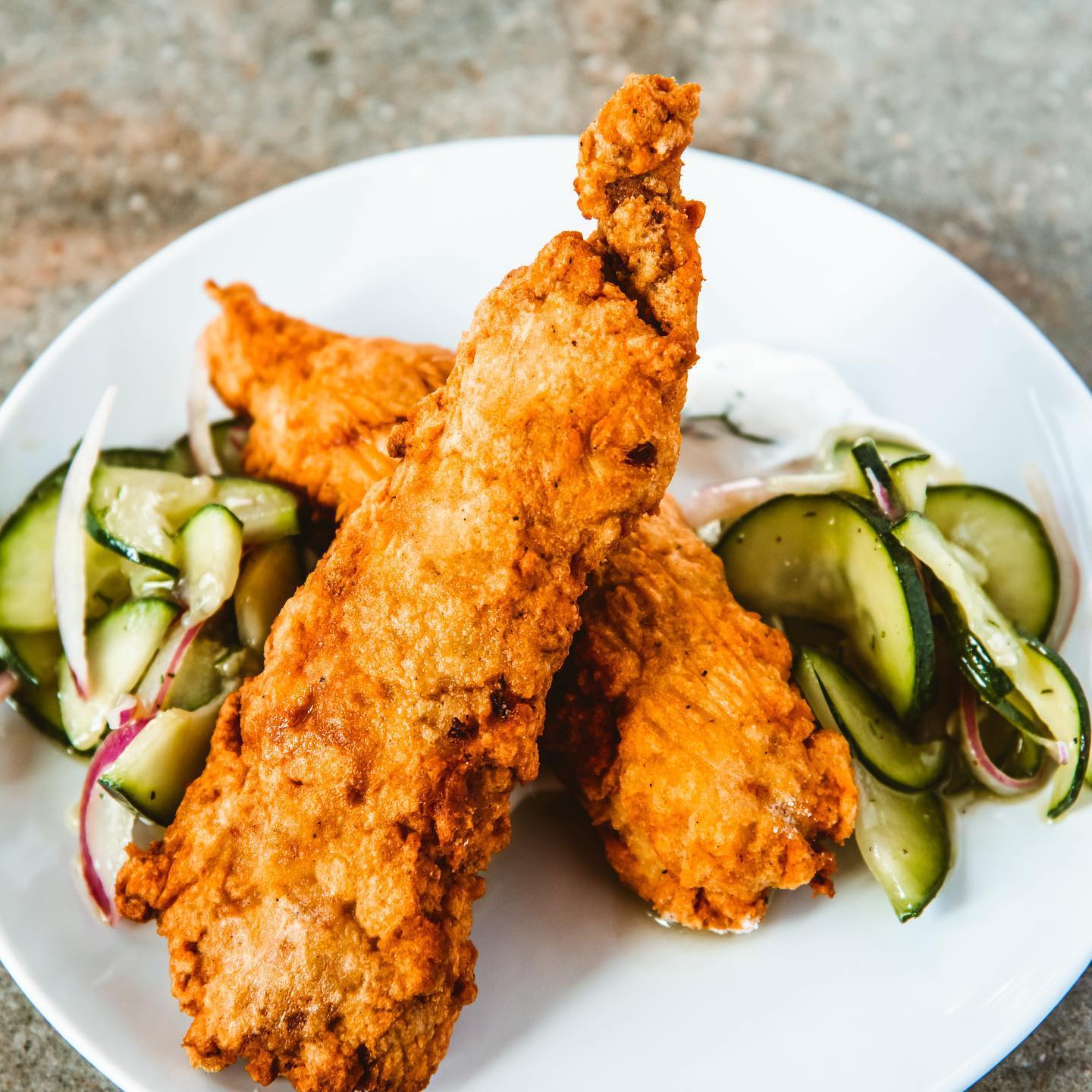 Baba & Pops also introduced a new brunch menu upon re-opening that Katherine calls a “Polish-inspired brunch.” The restaurant offers eclectic brunch items including a Polish benedict ($13.50) that uses a pierogi instead of an English muffin, the Colorado Stack ($12.50) that comes with crispy potato pancakes, house pork green Chile, cheese, two sunny side eggs, pickled red onion and queso fresco and an enormous Bloody Mary. The “Buddy Mary” is 50 ounces and includes the typical garnishes of celery, pickled vegetables and bacon but takes it to the next level with a chicken kabob, three pierogies, cheese curds, charred jalapeño and a Kielbasa sausage. It’s recommended you enjoy it with a buddy. 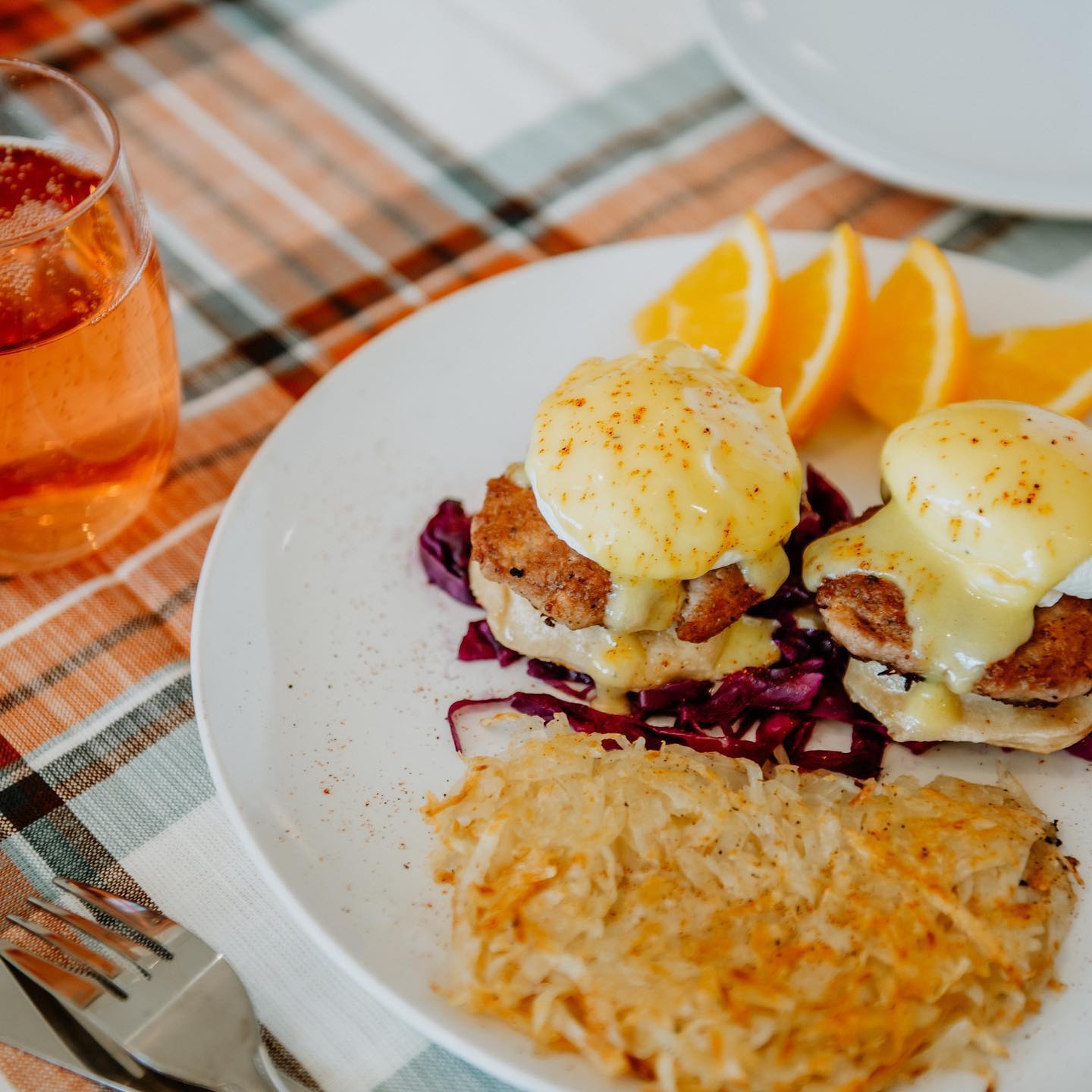 Baba & Pops’ reopening allowed Katherine and Jeremy to get more creative with their offerings and the effort is felt throughout the restaurant experience. The Polish traditions and hospitality shine through while the new additions create a fun atmosphere that’s perfect for your next Sunday brunch.