Photography by Adrienne Thomas except where noted.

Since its debut in 2019, BRUTØ has always been envisioned as a test kitchen. In the months leading up to the shutdown, Kelly Whitaker’s Free Market outpost amplified the kind of progressive dynamism that has become synonymous with the chef. The mercurial menu showcased house-milled grains, each item making a tangible, flavorful case for the ideals so neatly laid out by the Noble Grain Alliance. For Whitaker, great food has always remained linked to the bigger picture, with the craftsmanship of each meal continually making a more compelling case than any discussion ever could on its own. The platform has varied, though the desire to use food as a tool for igniting conversation has remained central.

For a stretch, the restaurant laid dormant. Though in the weeks preceding the election, the space has been reshaped with a new goal in mind, being converted to an advocacy kitchen. Involving a series of pop-ups that highlighted the interconnected nature between local farmers, chefs, diners and the ideological and material currents that prop the whole system up, the series embarked on an ambitious path. 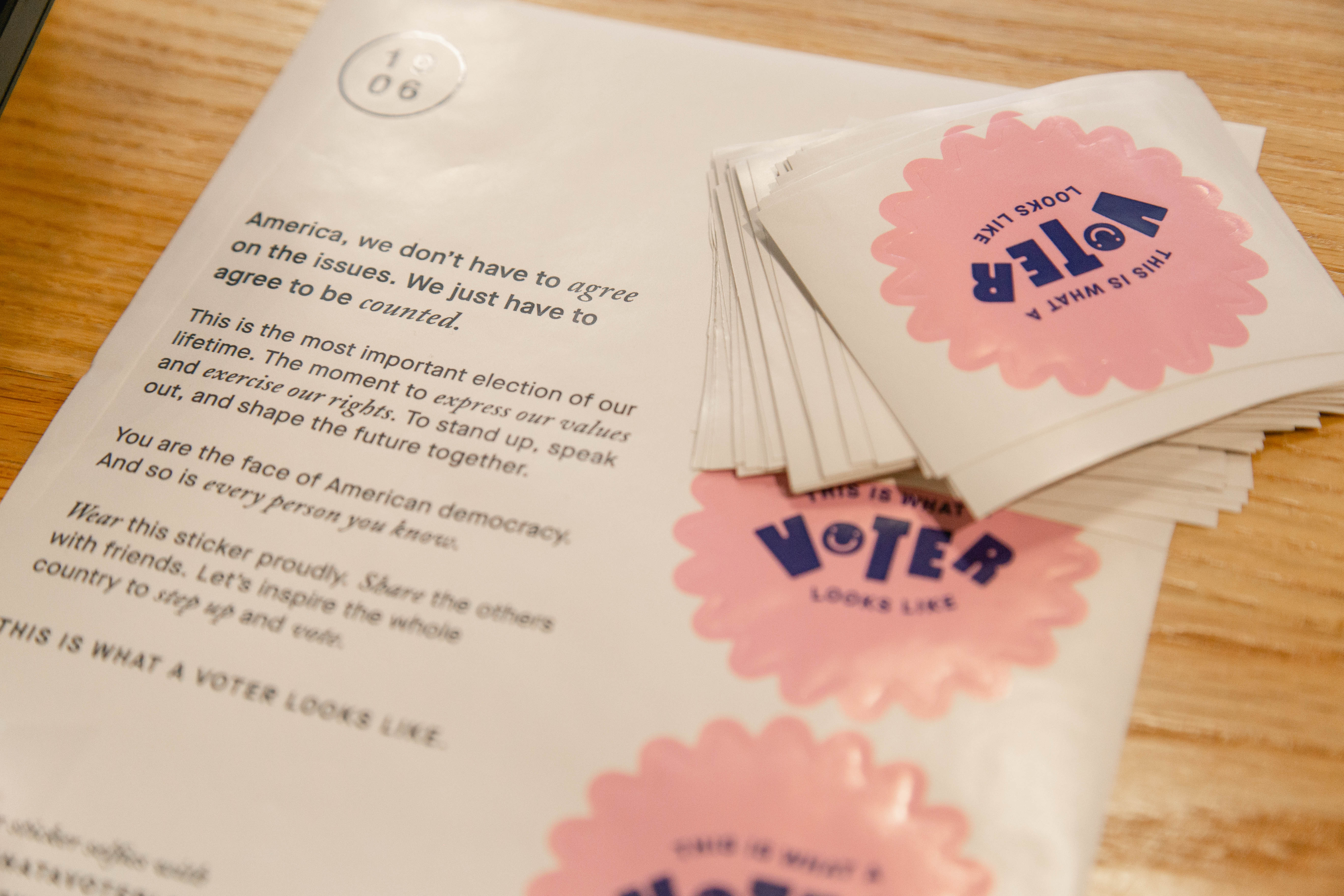 “This is our purpose right now, our protest if you will. We feel that positivity is the most powerful form of protest, especially this year. Being a restaurant is not important right now, especially because of the systemic problems that surround restaurants and hospitality,” said events director Leigh Barnholt.

“All of this was built off one conversation,” explained Tajahi Cooke, who acted as something of a maestro for the ongoing series. “I just wanted to connect people with farmers,” he continued. Whitaker opted to let others take center stage, with each event drawing attention to voices and cuisines that have yet been underrepresented in the city’s culinary conversation. The multi-pronged approach involved dinners, discussions and Bake the Vote — a weekly bake sale with proceeds going directly to organizations supporting fair and equitable voting practices.

Cooke — whose weekly Ital dinner series explored the vegan cooking of his native Jamaica — has acted both as organizer and spokesperson for a series as dense in philosophy as it is flavor. “What we put on the plate is more important than ever before,” said the chef. “We need to connect people with where our food comes from,” he continued. “We have to work together, we have to clap together, we have to fly together to get to certain things,” he noted of the abstract underpinnings fueling the whole affair. “If conversations or lessons learned are left at the door on the way out, I think we’ve missed the mark.” Cooke’s careful curation brought on the talents of Michael Diaz de Leon, a mutual acquaintance of he and Broadway Market’s Jesusio Silva.

Diaz de Leon — an El Paso native — got his start cooking eight years ago while interning at local comfort-food hub Tom’s Folk Cafe during his time attending culinary school at the El Paso Community College. “I was the worst cook in America at that time,” laughed the chef. With a longstanding interest in cooking inspired by his mother, Diaz de Leon went on to open his own food truck Comfort Company that served fried chicken, mac and cheese and pulled pork sandwiches. “I didn’t want to be another Mexican chef cooking Mexican food,” he said. Things changed when his mentor Oscar Herrera — whose Juarez hotspot Flor de Nogal has long been considered one of the region’s finest — asked him to help open Taft-Diaz in the then-opening Stanton House boutique hotel. Debuting as one of El Paso’s premier modern Mexican fine dining establishments, the restaurant took inspiration from the famed 1906 meeting between President Taft and President Diaz in which both leaders showboated through lavish feasts conducted on either side of the border. It was during this time Diaz de Leon was sent to Mexico City for what would be the most formative experience of his cooking career, a three-month apprenticeship at Enrique Olvera’s internationally-renowned Pujol. Returning stateside, Diaz de Leon continued with menu development at Taft-Diaz, the booming restaurant even attracting a visit from Olvera himself. “It was so successful Enrique actually came to do a charity dinner,” beamed Diaz de Leon.

In 2019, Diaz de Leon received a call from childhood friend and then executive chef at Old Major Sarah Khosravani, who implored him to relocate to Denver and act as sous in her kitchen. With a standing desire to leave El Paso, he sprung at the opportunity, arriving in Denver on November 3. Only a few short months into his tenure, the restaurant was closed as a result of COVID-19. “I started getting really depressed,” said the chef. Not one to take the closure lying down, Diaz de Leon established a garden on his property, researching Colorado agriculture and indulging some much-needed reflection. Over the summer he established Pinchi Umami, a pop-up project focused around a custom-built cage designed to implement an open-fire cooking style inspired by Francis Mallman. After his father constructed the cage, he and his mother delivered the hand-built contraption as part of a father’s day celebration. Diaz de Leon hosted just one dinner at his house before being serendipitously tapped by Cooke to participate in the Advocacy Kitchen series. “Pinchi came out of a sheer necessity to create,” said Diaz de Leon.

During a series of Tuesday taco omakase throughout the course of October, the chef impressed upon diners and Whitaker alike his ability to consider all aspects of a dining experience. With well-curated music and a crack team involving his wife, Ryan Prieto, his sous of six years, Fernando Granados, former Old Major cohort Oaks Trombly, mixologist Andrew Booth and Barnholt herself, Diaz de Leon presented a series of meals that openly applauded family, alluding to the political undertones in its celebration of both the customary and the exquisite. He has since been asked to continue on indefinitely, sustaining BRUTØ’s grain-centered legacy with a new focus on corn. House-made tortillas will provide the backbone for Diaz de Leon’s evolving menu.

The natural evolution of BRUTØ speaks to not only the flexibility of the involved parties but to the very real coalescence of mutual ingenuity and a shared desire to use food as a form of correspondence. As Diaz de Leon establishes his voice, the city should be glad for the extended opportunity to listen.

Bruto is located at 1801 Blake St., Denver. The Don’t Be a Jerk Dinner with Tajahi Cooke and Forest Ragar has two seatings on Thursday, October 29 at 5:30 and 7:30 p.m., tickets are available here. Pinchi Umami will be setting up the cage in the Dairy Block Alley on Friday, October 30 from 4 p.m. until food sells out. Lunch and dinner services under Diaz de Leon are set to begin in November.

Photography by Adrienne Thomas, except where noted.