Right On! An Exhibition on Civil Rights Educates Viewers About Cases that Shaped America

Angie Eng came up with the idea for her latest exhibition earlier this year when the spark of social unrest and police brutality started a social movement across the nation. Like many artists, she felt the need to create.

“I felt really compelled to say something,” said Eng. “I should react.”

As a result, Right On! came to be as a way for Eng to address systemic racism and educate others on civil justice. The exhibition currently showing in the Museum of Boulder consists of a series of plaques painted in different skin-toned colors. Ranging from the darkest to the lightest shades, each plaque showcases a date that corresponds to a civil rights case or event in American history, from 1860 up to 2020. 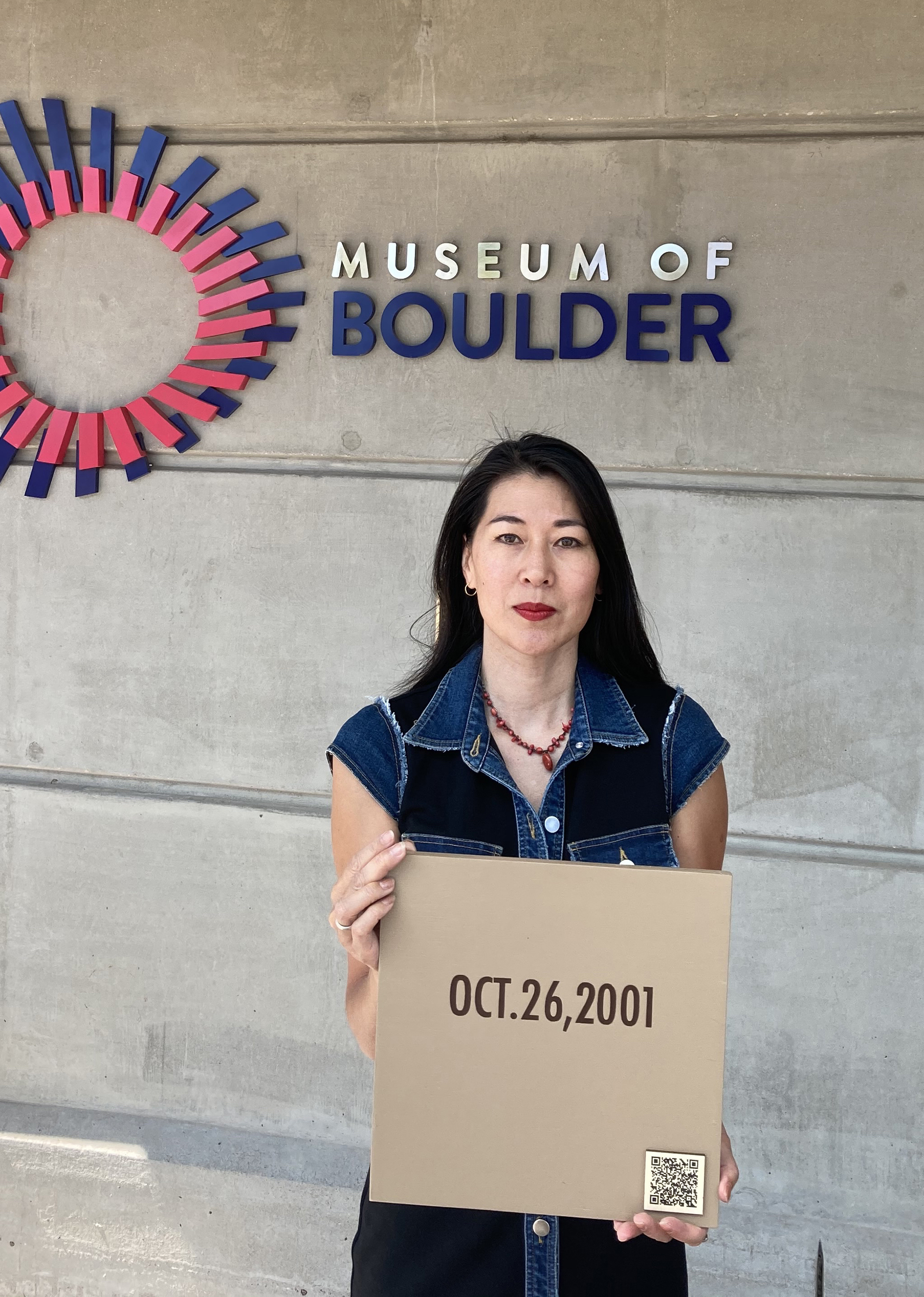 A beige-toned plaque reads in bold letters Jul. 26, 1990, the date the Americans with Disabilities Act was signed. Apr. 11 1968, painted over a mocha color, signifies the date the Civil Rights Act was made into law.

The idea of using monochrome plaques with a painted date came to Eng when she considered the work of Japanese conceptual artist, On Kawara. One of Kawara’s most memorable work was his series titled Today, a long series of date paintings to indicate the passage of time. Each painting consisted of a solid-colored background and the day’s date hand-painted in white. Kawara started the project in 1966 and continued it until his death in 2014.

Remixing the old and the new

As a conceptual artist herself who’s into remixing,  Eng drew inspiration from Kawara but made Right On! her own.”I wanted to do a spinoff of his paintings that he had done for four decades, but take really precise dates that corresponded with landmark  civil rights cases.”

Additionally, Eng blended her artwork with modern technology. While she was working on the project at the beginnings of the pandemic, restaurants started implementing QR codes for menus and other services. It gave her an idea.

“I thought that was great because you could put a lot of information in the artwork and now people are trained to using them from going to restaurants.”

As a result, Eng added QR codes to each art piece. Visitors can scan the code with their phone cameras and get a one-sentence explanation of the court case that occurred on that date and what it meant in American history. On top of that, it provides links to more information if people wish to learn more.

While Right On! showcases important moments in the civil rights movement, it also forces the spectator to contemplate how far we have come in less than 200 years.  “As impatient as people can be now about their own civil justice,” Eng said, “you have got to give people a little time. It has improved, but that also [requires] education”.

Eng insists education is a big component of the series. She has no agenda other than to show people the facts of history. Once they know the facts, they can decide on which side they want to be on.

“When people are protesting […] some people are trying to get the expression our and some are trying to advocate in a certain direction. I still think people have to be educated before they make that decision. As an educator and an artist, that is super important about the project and why I did it,” she explained. But Eng believes it is up to all of us to help others educate themselves.

“As a person of color, the dialogue is ‘Go Google it’ or ‘check your history.’ No. If you are fighting for a cause and for justice for everybody, it is also up to the people that are speaking to help the other people. If you want a united community […] it’s about having that conversation so that we can move toward progress.”

The Museum of Boulder is showcasing 15 from the series on the exterior of the building until November 4. The plaques are for sale and 50% of the proceeds will go towards the non-profit Creative Catalyzers and the ACLU.

All photos courtesy of Angie Eng.