Photography Courtesy of Made Shop

Last Friday saw the release of folk duo Alright Alright’s album Crucible. The album successfully strayed from the constraints of genre to take listeners on an emotional journey and left us on somewhat of a figurative cliffhanger. This is the duo’s second full-length album, but the music on Crucible is different than any they’ve created prior, with Seth describing it as a progression and China as both natural and obvious for them. These sentiments are reflected in the album, which flows comfortably and touches carefully on distinct emotions throughout.

The duo met in 2002 when Seth helped carry China’s piano into a gig, and while he may have been looking for more, she was fresh out of a relationship and was not. Fate took the reins, however, and by 2003 they “knew they were going to be together forever.” After working under and traveling with the film composer Nathan Johnson for a handful of years, the pair began working towards putting a band together. This turned out to be relatively difficult to achieve as parents first and musicians second. China went on to share her feelings about creating and playing music, expressing that “it’s not for the faint of heart — it’s really hard on your ego.”

The album that came before Crucible was recorded over time, song by song, through what Seth called a “piece-meal” process. The duo Alright Alright took a more traditional path with Crucible, “in that we worked with one producer, Ben Wysocki, and were intentional about putting together an album start to finish.” In the homemade studio in their garage, “we allowed the songs to develop as they wanted to, and we did end up with a progressed sound, a different sound.” China spoke briefly on finding her voice — “I write songs that I need to hear for myself, that I wish someone would sing to me, like ‘Don’t Worry’ and ‘Champagne.'” 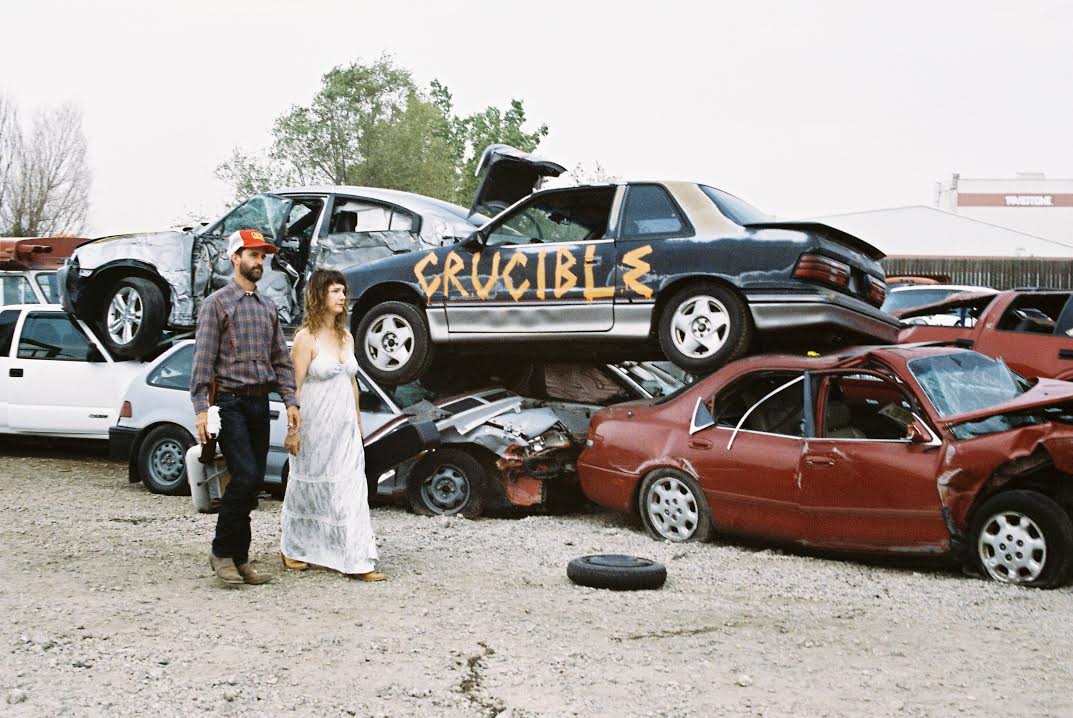 Courtesy of Made Shop

Each of the 11 songs on Crucible shares a new story from a new perspective, and yet each track transitions beautifully into the next, making the stories feel linked in some almost imperceptible way. “Missouri Calling” for example, is an imagined experience of a homeless woman — China’s response to the prevalent homeless crisis in their community. A couple of the songs are autobiographical, which is something Seth had to come to terms with, “to be okay with that being a part of my story.” “Trans Am,” for instance, started as a joke, but  wouldn’t have been finished had Seth not been honest — “there’s a little bit of me that identifies with it.” About “Some Dreams,” Seth shared, “there’s nothing in that song that is not accurate.”

Even while “Over the Edge” is an imagined story about taking control of your own life, it’s autobiographical in the sense that the Kents’ decision to create their own music was doing exactly that. Until about five years ago, they had been working for other people until they, as China explained, “walked into our own creative process and owned our desire to be our own people in music.”

Now, their measure of success is entirely their own, and Alright Alright has set a high bar with Crucible. It’s orchestral, with a number of local musicians being featured on the album’s seven-string quartet arrangements, six of which China wrote herself. It’s transcendent, taking you to not-so-far-off places in your psyche and allowing you to watch as the music comes to life. It’s indefinable, and despite Americana and folk music acting as their “playground,” the duo prefers “the edges of the playground, to push different directions within that realm.” As Seth put it, they’re “confident in takings risks with that genre,” and that confidence is entirely warranted.