Robert MayperSeptember 28, 2020Music
Home
303 Magazine
6 min read
Seeing a show at Red Rocks comes with its own set of rituals. Waiting in a long line to park, empathizing with show goers while climbing steep hills, and scouring a crowded GA section to find an open seat. There is much that accompanies a Red Rocks show, but those rituals are all tied to people. When only a little over 150 tickets are sold to a venue that seats over 9,000 people, it is easy to miss those rituals. Heading to Fitz and the Tantrums’ livestream and limited in-person performance Friday at Red Rocks, there was no line, there was no empathizing over “the struggle walk”, and seats were no longer precious in a sea of empty benches. This set the scene for one of the most surreal concert experiences to grace the Red Rocks Amphitheatre stage. Fitz and The Tantrums, however, harnessed this strange energy and delivered a show that any devout Red Rocks concert goer would ogle at.
Fitz and The Tantrums hit the stage and there was a moment of glee that arose from the crowd. Fans carried a sense of hesitation as they cheered through facemasks, but any doubt of a good time quickly melted away. The vocals of Michael Fitzpatrick and Noelle Scaggs brought life to the scarcely populated amphitheater. Each seat that was not filled with a person was then filled with the high energy of the band. These artists are world-class acts, and they were not afraid to show it. 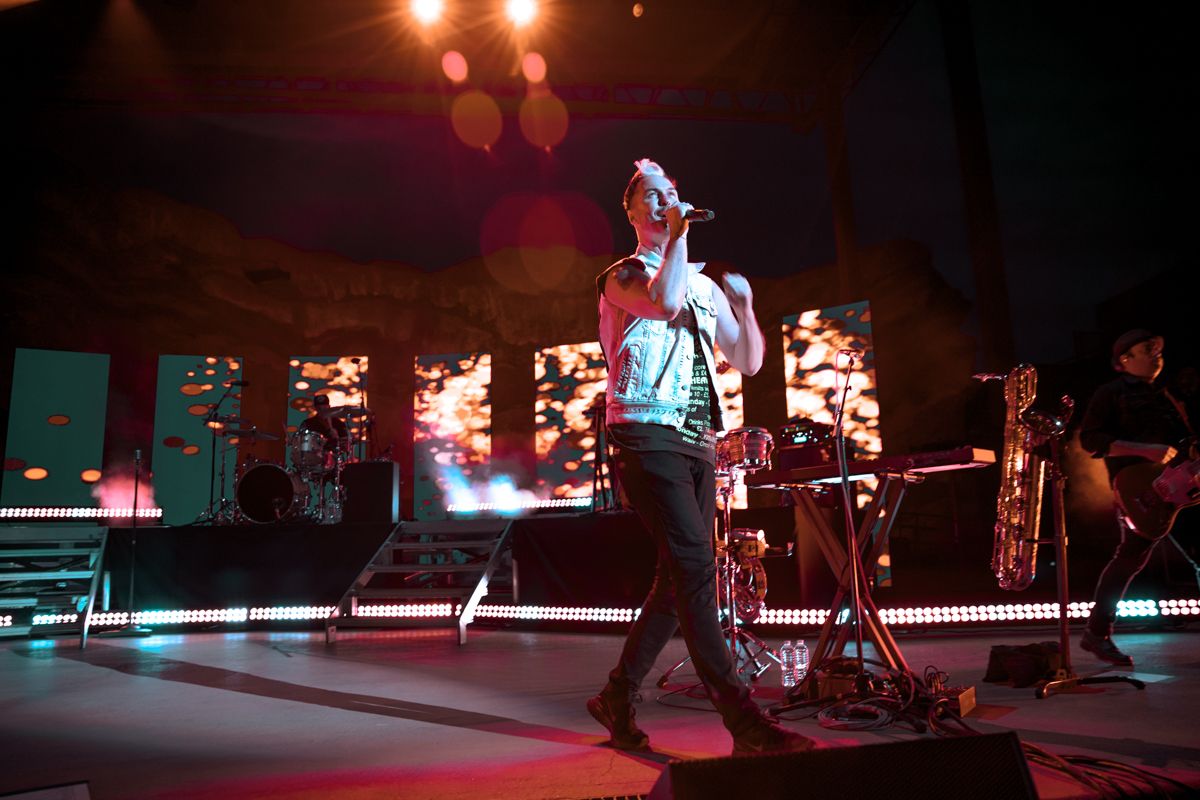 By the third song of the set, every show goer was on their feet and dancing to the beat of “Don’t Gotta Work It Out.” The fans in attendance knew how lucky they were to see a band that could have easily sold out the barren venue. The space created between the crowd members for social distancing was inadvertently turned into space for them to dance their hearts out. Aside from the regular hip-shaking and arm waving, some people were practically running up and down the aisles as they let out all their worries through dance. The energy brought by Fitz and The Tantrums flowed through the crowd, and the venue no longer seemed to be empty — it was full of joy as the band pulled no punches with their delivery of “123456” and “Break the Walls.” At this point, the band was eight songs deep into their set and showed no signs of slowing. They dared not drop the intensity even for a moment because they knew how important their music was for that night’s audience. The crowd needed a reprieve from the hardship of the existing circumstance and were shedding their woes more and more with each track. Just past the halfway point of the performance, the band played “6am” and could have very easily ended their set there as the song elevated the jubilant atmosphere in the venue to soaring heights. Smiles could be seen through the face masks of practically all those in attendance, with a radiance that felt like it could shine for miles. It was clear that everyone that night was going
home satisfied. 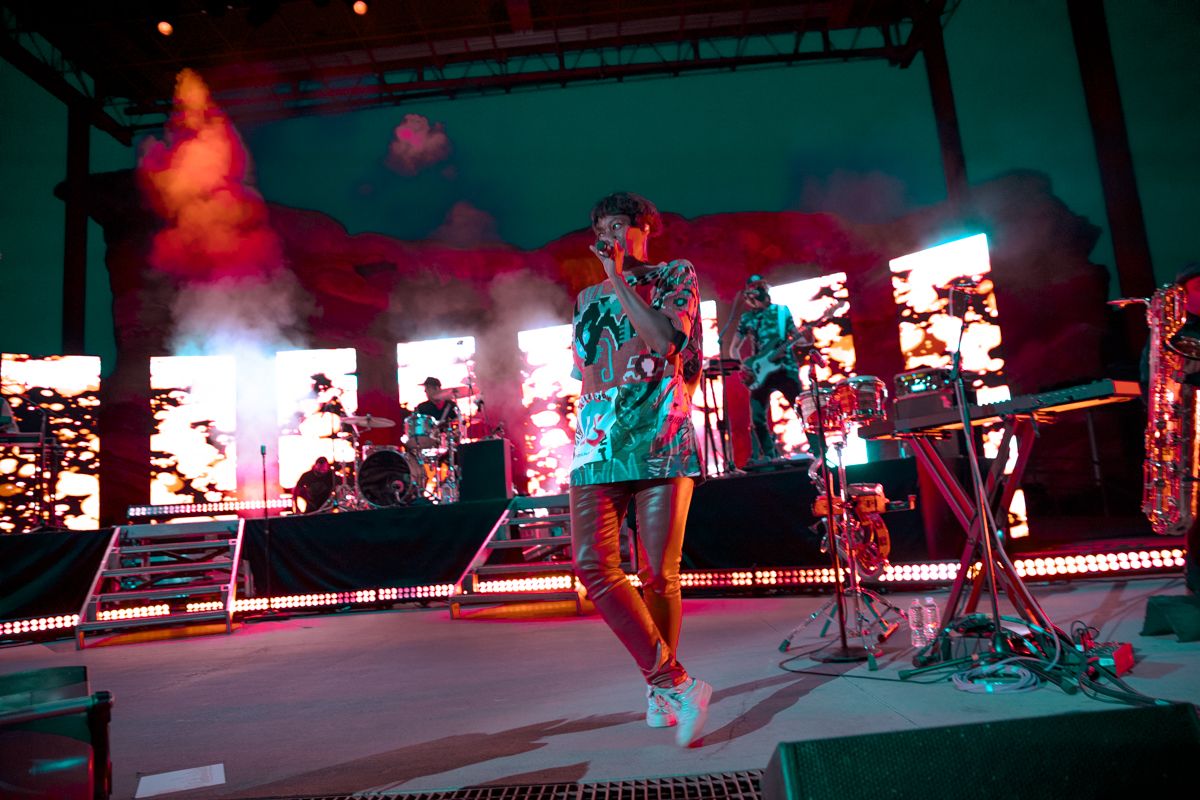 Fitzpatrick proclaimed the audience a “small but mighty lot,” and nobody wanted to let this idea down. Scaggs seemed to take this to heart the most, as she moved her hips with titanic force 15 songs deep into the set. Her dancing was infectious during “Roll Up,” with each of her movements practically throwing bolts of energy into the bodies of the crowd. Even the production staff could be seen swinging their arms and moving their feet in tow. The next song led to a jam band portion of the show, a part that lost the interest of many of the younger crowd members. Still, there were the diehard enthusiasts present who belted their lungs out in admiration after the final crash of the drums at which point, the younger audience members were swiftly pulled back in with the crescendo of the show. 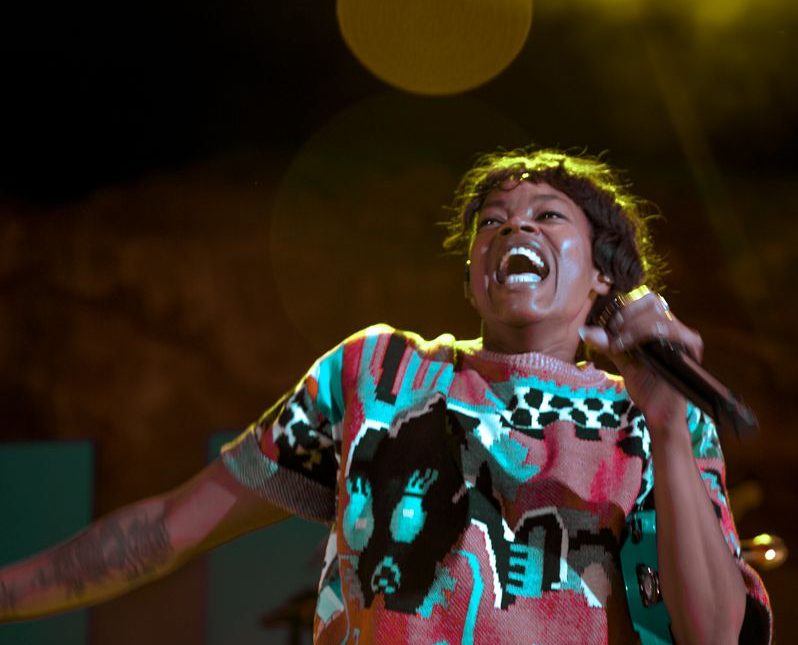 “Hands up” blasted through the speakers, and the lyrics “’Cause the future’s getting shady, but we’re not done yet, so put your hands up, ’cause we’re not done yet” showered over the “small and mighty lot.” Here, Fitz and The Tantrums were playing more than just a song. They were empowering the audience with a message that carries great importance in the current era. One that could be heard echoing in the amphitheater as the band hopped off the stage. 20 song two-hour set flew by like a heartbeat. With such a full performance taking place in the middle of a pandemic, the idea of an encore might have seemed far fetched. However, there was no way Fitz and The Tantrums were leaving without playing their biggest tracks. “Hand Clap” started to play and brought with it a second wind. Rounding out the encore with “All The Feels” and then “The Walker,” no soul wanted to leave. Fitzpatrick felt this the most, as he emotionally proclaimed “I don’t want it to end” — a sentiment that hit home, as everyone in unison clung to the last moments of a performance that brought levity to a world in dire straits.
Unfortunately, the music did eventually come to an end. In its wake was a vacuum now devoid of energy. The absence of Fitz and The Tantrums was far too tangible as the small crowd slowly crawled out of the venue. Before leaving the stage Fitzpatrick had proclaimed he would see us at the next show, but as everyone walked back into reality there was a sincere hope that this would be true.
All photography by Kennedy Cottrell