The Breath Project Gives Artists of Color the Spotlight With 8:46 Minute Performances

Art records a moment in time through the eyes of its creator. In a time when social injustice is rampant but the fight against it has poured out into the streets, many turn to their artistry in order to express themselves.

However, with so much going on, racial injustice, a global pandemic, police brutality, corruption, it is hard to know where to start. The question for people who want to get involved remains the same — what can I do? However, it is not asked rhetorically. Local artists and the Curious Theatre in Denver found their answer in The Breath Project.

Co-founded by Gamal Abdel Chasten and Marieke Gaboury, The Breath Project invites theater companies and artists of color to have a voice and a say during this time in history.

The spark that started it all

Chasten was working in a children’s theater in Palo Alto when the killing of George Floyd shook the nation. His colleague, Gaboury, coaxed him into creating a piece that was eight minutes and 46 seconds long — a symbol of the amount of time Floyd was in a chokehold before he was killed.

For Chasten, using his craft was a way to fight back.

“I have a six-year-old son who has respiratory issues so I couldn’t go to any of these marches. So the question I was asking myself was ‘what can I do’? And this is what,” Chasten said.

And so Chasten and Gaboury created The Breath Project, a virtual festival where artists of color could submit their 8:46 minute performances about this moment in time. Artists, who could no longer perform in the brick-and-mortar setting due to the pandemic, now had a platform.

The requirements are simple. The piece must be 8:46 minutes. No more, no less. It must be submitted by an artist of color and it must be original material. The piece could be about anything happening at this moment in time. It could be about dating in quarantine, fear of the virus, political issues or any other current event the artist wishes to look into.

Additionally, the project includes an archive for the performances that don’t make it to the festival. While the date of the festival is still unannounced, the deadline for submissions was extended to September 14. However, there is no deadline to submit for the archive. The archive, an idea Gaboury brought forward, will serve as a way to immortalize the views of artists during the rise of a movement.

Word got out quick and as of now, 25 theater companies have answered the call to collaborate. One that was adamant to participate was Denver’s The Curious Theatre. Chip Walton, one of its co-founders, believes this type of project is exactly what the theater stands for.

“Everybody that is conscientious is looking how to respond artistically to what is happening, the social and racial uprising,” Walton said. “To be able to do that with a group of colleagues cross country, that’s a real gift”.

Walton and Chasten have worked in various projects together for over a decade. When Chasten approached Walten with The Breath Project, he wanted to help in any way he could.

Soon after, Donnie L. Betts joined the project as the artistic curator for Curious Theatre. As the curator, Betts is in charge of selecting the submissions from Coloradan artist that would make it to the festival.

The Breath Project’s multilayered mission derives from many issues. Racial injustice. Inequality. Police Brutality. However, all the collaborators interviewed agreed on one thing that’s crucial about the project — timing.

“I feel the timing is very important,” said Betts. “At a time when we need to be more aware of the systemic racism that has been going on in our country for centuries, this would be a seminal moment that would make things change”.

The project calls for change, to inspire people in finding their own way to protest. “I always use the phrase get in where you fit in. This is where artists fit in,” he said. He understands that not everybody feels safe going to a protest or exposing themselves during a pandemic.

“You can donate, you can preach your heart out, you can do a mural, a radio show. You can so something on Instagram. Get in where you fit in but do something.”

Systemic racism in the theater community

After 25 years in theater, he knows the industry is looking to diversify but there is still hesitation. “It is the moment to hold their feet to the fire,” Chasten said. “They want to diversify. There is no better time than now to work on that”.

It is not just about seeing more people of color on the stage. Chasten believes it is a trickle-down effect and change must occur from within.

That is why he believes that people like Walton are so important. He believes theaters like Curious are being mindful about change and work consciously towards inclusion. However, when asked about his role, Walton is nonchalant about taking credit. “My role is just producing,” he said. “I’m just here to make it happen.”

Chasten also believes the way to increment change is by building relationships with the community. Whenever Chasten travels with his theater company, they request to arrive a couple of weeks in advance. That way, they can connect with the community and extend the invitation. Oftentimes, those same people end up coming to see a show they hadn’t been interested in previously.

“What that tells us is it’s not impossible work. You can do the outreach you just have to know who to reach out to,” Chasten said.

The heartache of local artists 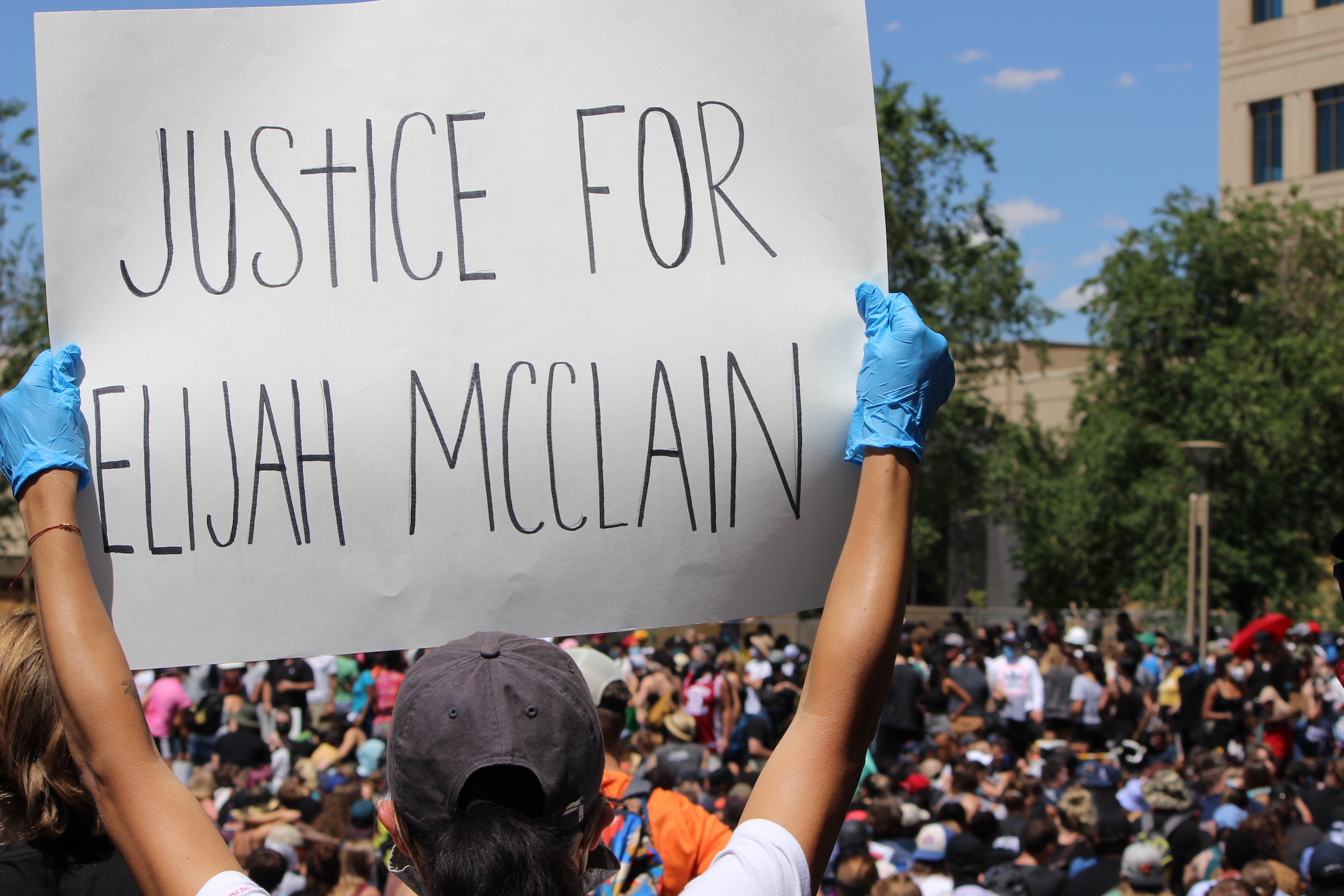 The Breath Project expects about three submissions for every collaborating theater around the nation. Each region can provide a unique perspective on the themes of injustice and the pandemic.

Denver artists can bring their own point of view or their personal struggles into their performance. Betts hopes some of the submissions will mention Elijah McClain, a young local African-American man who also died at the hands of police brutality.

He explains that like George Floyd, there are many others that have said they couldn’t breathe like McClain who was held down by three policemen for 15 minutes.

“There is a history of Colorado and its abuse of people of color,” said Betts. “That is what local artists can bring.”

At its core, The Breath Project aspires to build bridges and see this moment in history through the eyes of the artists. “The power [of it] to me,” said Chasten, “is in the partnerships and in capturing this moment in time, the urgency. Capturing it, remembering it and not forgetting it.”

For more information on The Breath Project, current submissions and deadlines, go to thebreathproject2020.com

The deadline for submissions is September 14. The date of the virtual festival has not been announced yet.