As protests continue across the country, so does the need for conversation about race and racism in America. Starting Tuesday, June 9, Dazzle Presents is hosting a three-day lunch series and open discussion about race. Per social distancing guidelines, only 50 guests will be allowed in the building. Admission to the discussion is free, and lunch will be available for purchase.

One of Tuesday’s speakers is Donnie L. Betts — actor, director, producer and founding member of Denver theatre companies Denver Black Arts Company and City Stage Ensemble. Betts has been a prominent figure in Denver’s radio and arts scenes for decades, winning an Emmy, Radio Journalist of the Year and two CABJ Scribes in Excellence Awards, among other accolades. 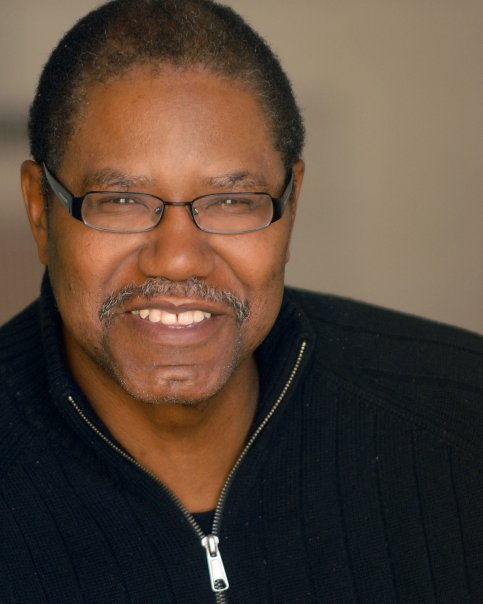 303 Magazine: What specific conversation should the art community be having about race?

Donnie Betts: Where do we fit in? I know we’ll continue to make art, but is it enough? I saw something online…I think a protestor out of Brooklyn was saying, “This is not a Spike Lee Joint. This is our life.” We as artists understand that. I just produced a show last year, which is re-airing now, called “Black with a Capital B,” which dealt with Black Lives Matter. I’ve produced a show — a radio show, a podcast — called “The Tale of a Bullet.” That’s the kind of art I personally create. And the people I’ve asked to participate, that’s the kind of art they create as well. Yes, let’s continue to make art, but what else can we do? Can we support other organizations that are doing things to bring about police reform, and police accountability and stop police brutality? That’s part of what I think we as artists need to do as well. Everyone can’t be on the front line, but they can do stuff from the back end that’s just as powerful.

303: What are some ways people can participate from the backline?

DB: Calling your representative. Writing to your representative, saying “This is what I think is wrong. This needs to be changed — this needs to be changed now.” Make the rubber meet the road. Put your words now to action. The second thing we can do is encourage people to vote. If you vote locally, get people in who are willing to make those changes. Then vote nationally, and regionally to do the same thing — that’s when real change can happen.

Now we’re seeing some real changes because of the protests in Minnesota; in Denver by the judge ordering that no use of excessive force be used, tear gas and that sort of thing. That’s progress. But the pressure has to stay on. The backline work is that.

303: Can you explain the difference between police accountability and police brutality?

DB: Police brutality is the excessive use of force. Forcibly putting people in chokeholds — restraints that are illegal. Police brutality is when you see someone running and you shoot them in the back, or you shoot them in a car that’s not moving. Or you shoot a person that’s standing in front of a barbecue place. That’s police brutality. Accountability, now, is when those police — sheriff,  highway patrol or whatever uniform they wear — [are not] held accountable by charges pressed against them. Murder charges, manslaughter charges, those charges are prosecuted to the full extent of the law. Not hiding behind a “blue wall,” a thin blue line, whatever you want to call it. That “We were doing our job — we felt threatened.” If someone is running away from you, how can you feel threatened? If someone is calmly talking to you, how can you feel threatened? The other thing for police accountability is if an officer is fired from one department, they can not be hired by another department. Once they’re fired from the police, they’re done. They can no longer be in any other form of law enforcement. They need to become an accountant. They need to become something that’s helping their community.  They cannot be in law enforcement anymore. That’s police accountability.

303: I think a lot of people, myself included, don’t really know what they should bring to the table when they’re talking about race. What should these people do when they’re entering a conversation about race?

There’s no real thing as race —  it’s a construct. Something built up to keep one people in power over the other. If you come to the table and say that you’re white — “I don’t know what to do —  how do I address this?” That’s the first step. The first step is being open and honest and trying to be transparent about what you know and what you don’t know. I would suggest also never using the phrase, “I’m colorblind.” Because that’s a lie. Start with that. Say, “I don’t know. I may have done some things in the past that could be perceived as racist. Tell me, I did this, was it racist in your view? How can I change that behavior? And the most important thing is, “How can I teach somebody younger than myself not to be racist?”

303: For those that come to Dazzle for these discussions — what should they expect?

DB: They should expect a robust conversation about race; police accountability; how we teach our children; how artists are responding to what’s going on. Incredible people are going to be there. Such incredible singers, social activists, musicians…It’s going to be an eclectic group of people, so we should have an incredible, eclectic conversation. Anybody that comes is welcome to join in.