If you meet someone who has gone to Burning Man, they will tell you it changed their lives. However, meeting a person who fabricates the framework for that transformative experience is much rarer.

Tigre Bailando (“Dancing Tiger”) is one of those rare people. A mystic, a sculptor, a world-builder and a performer all wrapped in one, they are an artist who creates experiential pieces in public spaces. Their first large-scale installation was built in tandem with another artist for the Symbiosis Gathering, but since then they have built pieces for Burning Man, Lightning in a Bottle, Electric Forest, Envision Festival, Rainbow Serpent, Wonderfruit and many others. Bailando was born in Philadelphia, started their career in California and currently lives in Santa Fe, New Mexico. 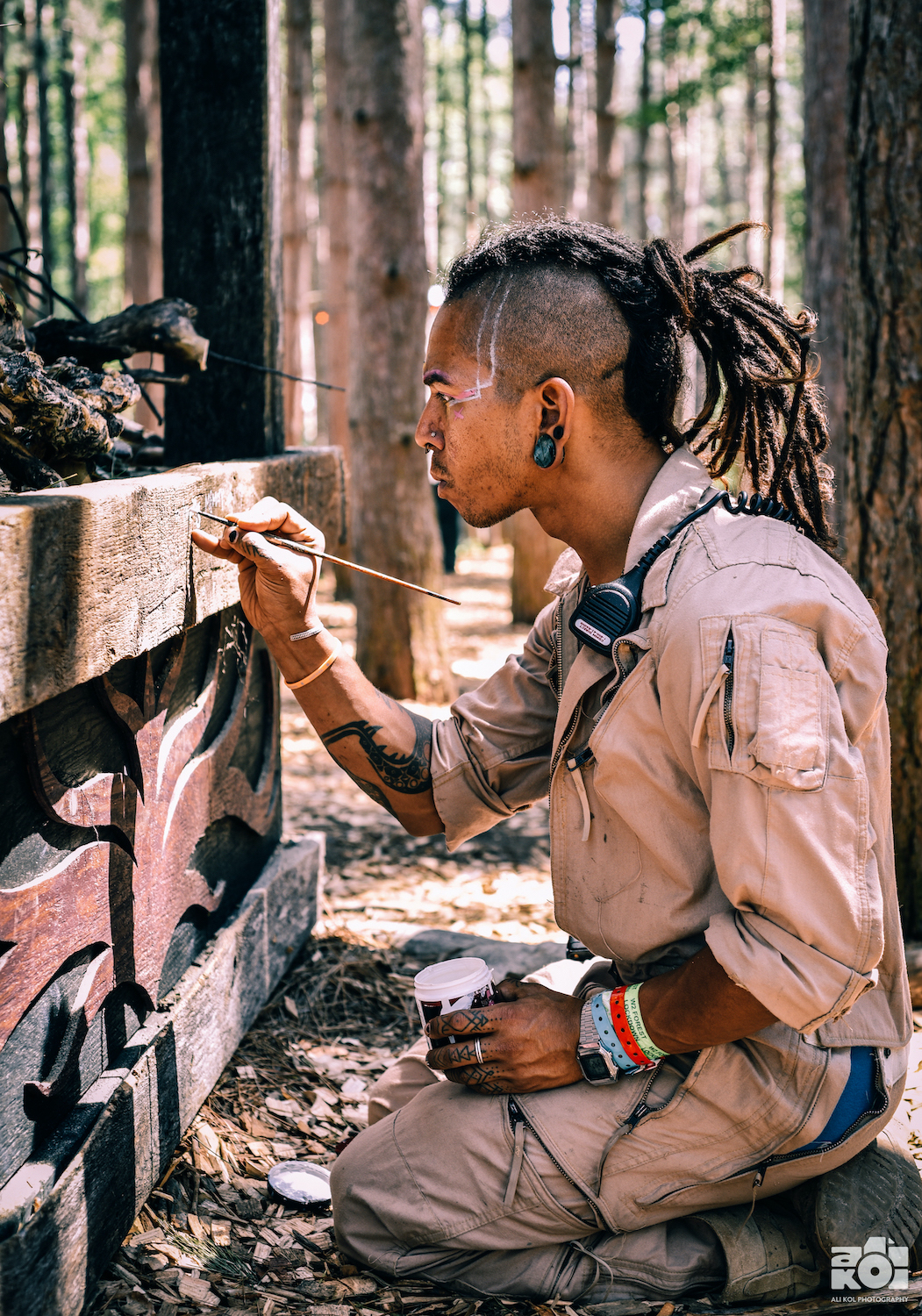 When Bailando isn’t alchemizing festival grounds into fantastical sets to explore, they might be traveling the world, building “branch beasts” or performing in the streets beneath elaborate hand-made costumes and disguises. Bailando’s creations steep themselves in spirituality, archetypal juxtapositions and the balance of creation and entropy. Where some of the pieces they make are dark and brooding, others are dynamic and light-hearted.

“I have always been an artist,” Bailando explained. “I was always raised in a supportive household, raised around artists and creative people. Raised with the conviction that somehow or another art would be central to my life.”

As a genderqueer artist of color, Bailando is not a static person, not an average festival builder or sculptor — most of whom are cis white males. The path to Bailando’s current success wasn’t easy and often involved learning on the job. Bailando, as a result, is one-of-a-kind, and therefore, each piece they make is one-of-a-kind as well. People from Thailand to Australia to Michigan to California have experienced Bailando’s magical work, and now it’s time for Colorado to do the same. 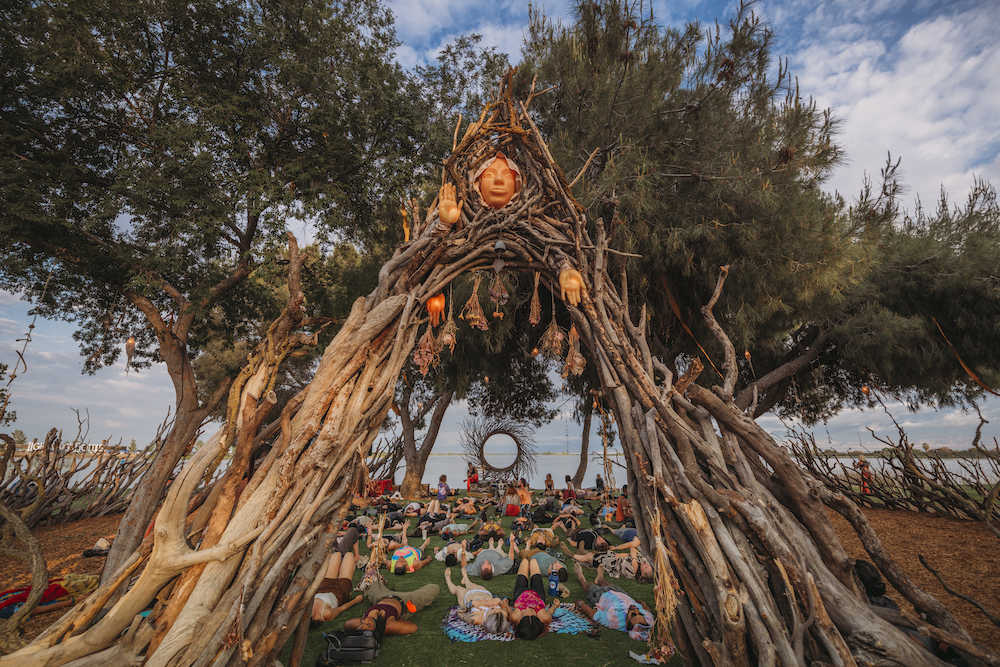 “The Grove” workshop space at Lightning in a Bottle, California, 2019. Photo by Michael Drummond

For the first time, Colorado will be fortunate enough to permanently enjoy one of Bailando’s creations, at the new eco-retreat and art park called Everland, located about 40 minutes outside of Denver. Many of Bailando’s installation and sculpture pieces are built for festivals and are temporary — after the fans go home, the deconstruction begins and the cycle repeats year after year. But this one will remain throughout the seasons. Although construction has not yet started on this massive installation, the funding of it was guaranteed through a recent Kickstarter campaign run by Everland to start building the art park portion.

Titled Ursa Major — the mother bear spirit that a constellation is named after — this permanent sculpture will add to the list of Bailando’s “branch beasts.” These totemic sculptures are built from wildcrafted materials — sticks and other detritus that can be gathered with as little impact on the natural surroundings as possible — and are always associated with animal spirits and folklore connected to the land.

“These beings represent ancestral energies in the sense that our lineage is not just in the human world,” Bailando explained. 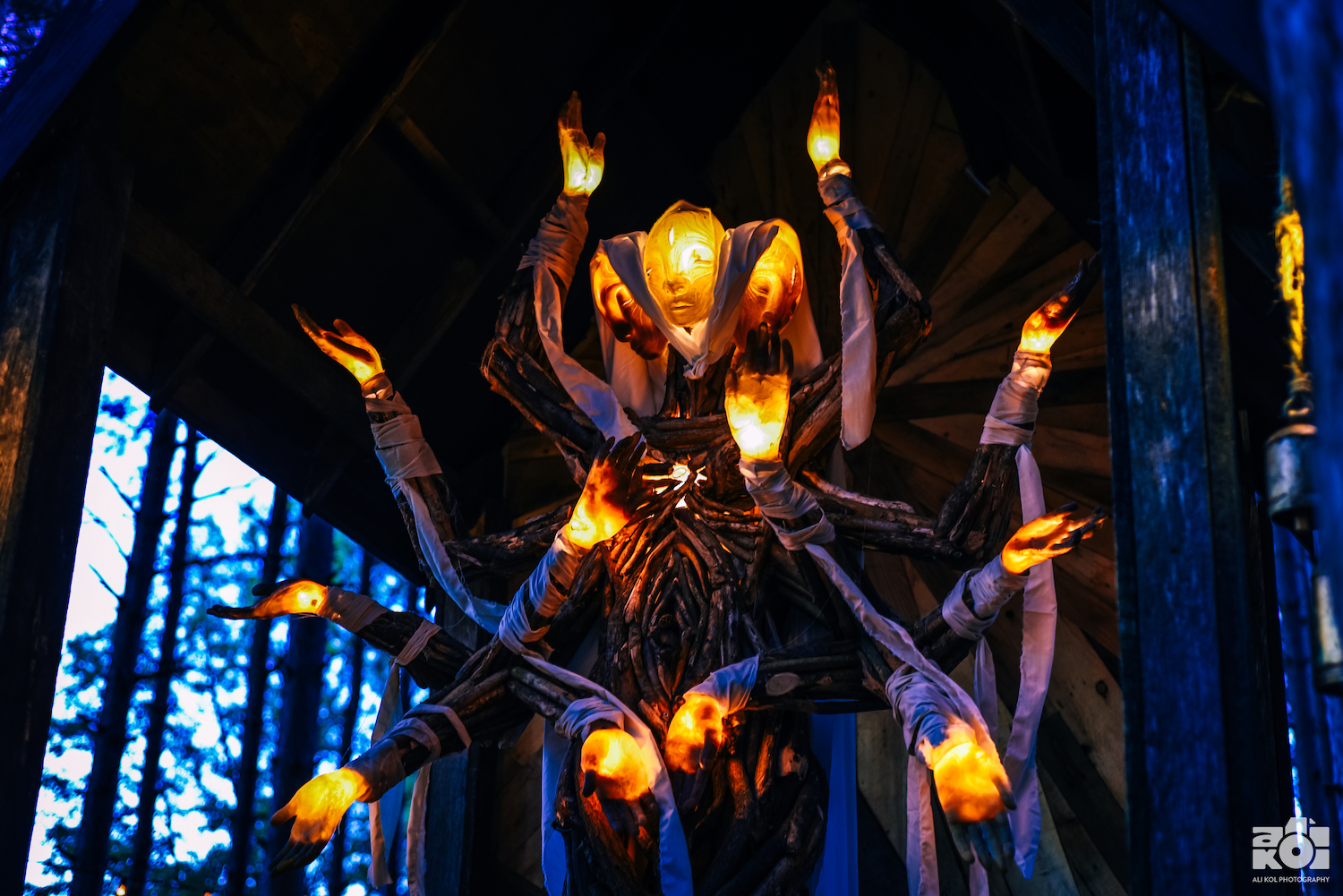 The act of creating these branch beasts is a path toward reclamation or rejuvenation for the artist, who is deeply influenced by spiritual energies. Before designing and building a branch beast, Bailando considers the area it will live in and only chooses local wild animals to model after. These branch beasts are not meant to be imposing — even though they are monumental in scale and always include a space for people to physically explore — they are meant to be sanctuaries. In that way, the sculptures honor beings who have inhabited the area as long as or longer than humans. By the time Bailando is finished building one, the totemic sculpture is a storyteller who retells folklore with a modern perspective.

In Ursa Major, Bailando is going to focus on bear energy. Bears are regular visitors to the 145-acre Everland property, outside of Sedalia. “The bear energy is earthiness, patience, engaged with the rhythms of the seasons, slowing down, understanding that the way you build this strong powerful body is by letting it rest,” Bailando said. The sculpture will also be about “bears as caregivers, and the mother bear as a teacher and fierce protector. It’s showing how the bear is releasing its knowing wisdom and teaching the young; having a sense of stewardship; and of learning from our elders and ancestors.”

Construction should begin sometime in September and if it goes as most of Bailando’s installation and builds have gone in the past, they will complete it in two to three weeks. But they are excited about the prospect of a branch beast staying alive for longer than the length of a festival, after all those hours of hard work. 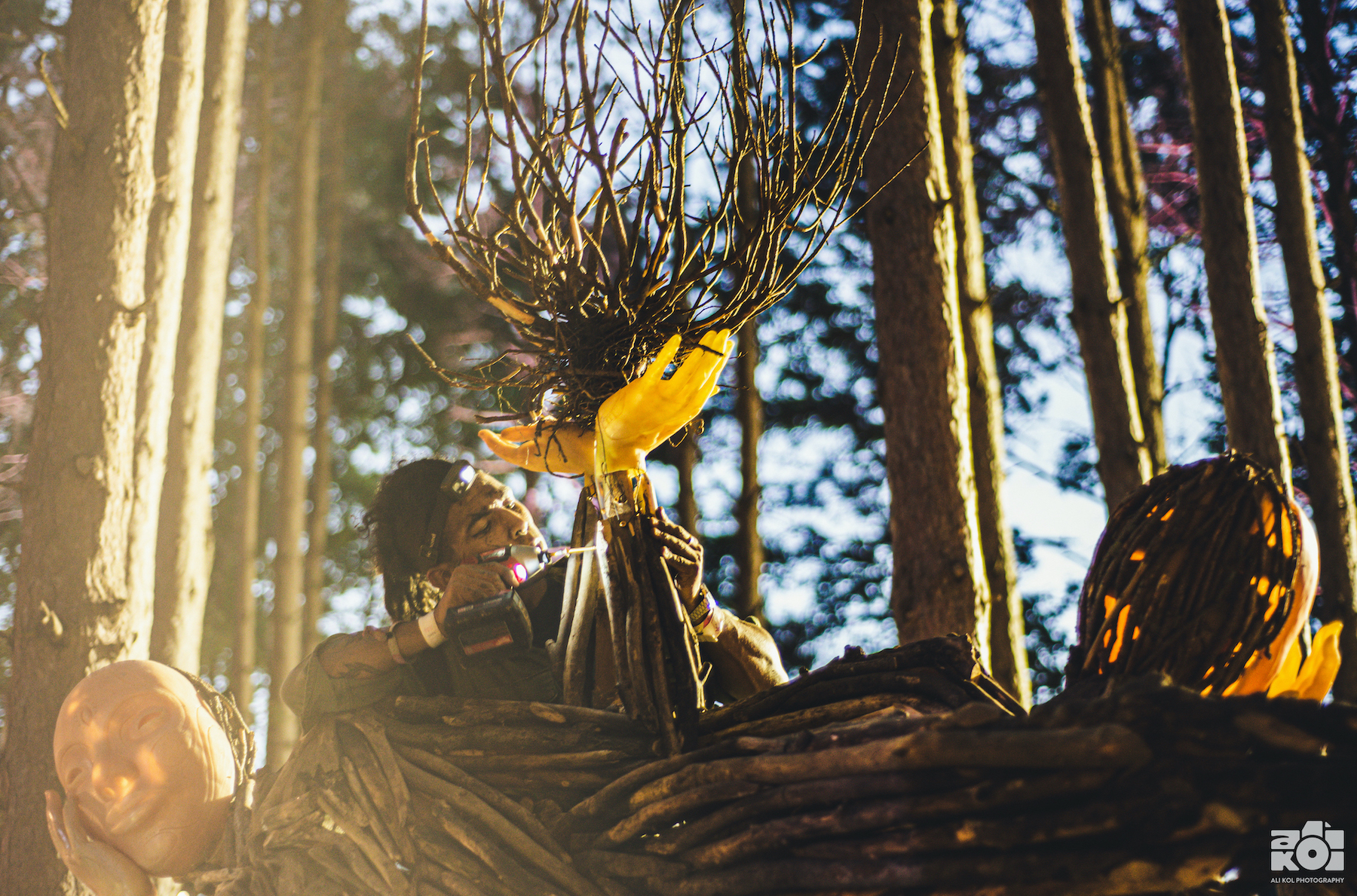 “After creating so many [installations] that are temporary, ephemeral, you want to have an extended relationship in this place that you’re co-creating,” Bailando explained. “The idea of creating something that has longevity I find really inspiring.”

For more information about Everland and how to see Ursa Major, go here.

All photos provided by Tigre Bailando.