French macarons are arguably one of the most difficult pastries to master. For Colorado native, Deviny Herrera, that level of difficulty piqued her interest. Without any formal culinary training aside from experimenting at home, this former phlebotomist started The Macaron Shoppe, LLC — now titled, Black Knife Bakery just two years ago.

After Herrera visited the Bouchon Bakery in Las Vegas — a French cuisine concept specializing in macarons and artisan bread — she had the urge to replicate those tasty treats and take them to the next level. While the determination was there, it took Herrera baking at least 16 hours a day over a three-month period before really finding confidence in her macarons. 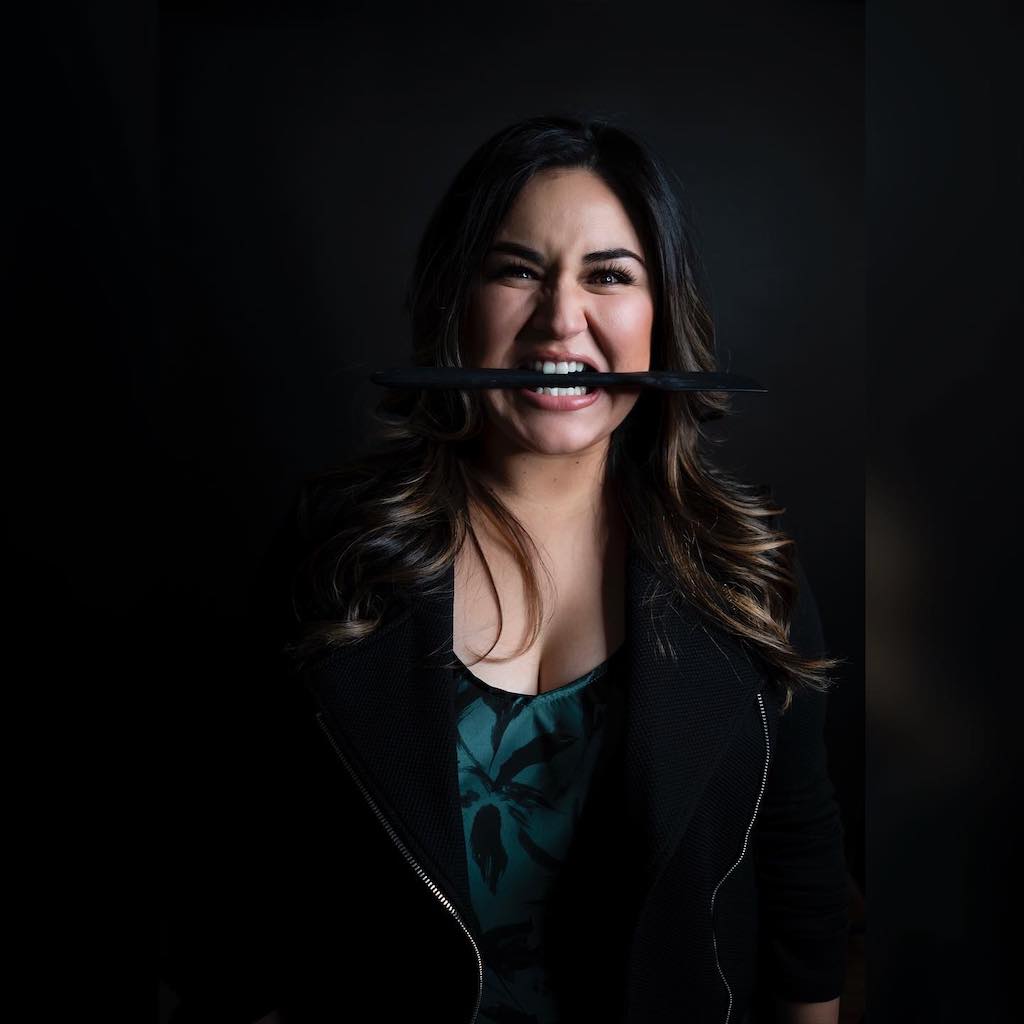 “I thought it would be easy but boy was I wrong. I just kept trying and trying and eventually started to get it. That’s when I wanted to get creative with flavors,” Herrera said.

Herrera was baking out of her home for the first year before eventually renting a kitchen in North Denver. While macarons require simple ingredients like almond flour, egg whites and powdered sugar—Herrera chose to spice up her treats by creating freshly made curd, nut butter, jam and ganache fillings.

“I hate anything boring. I always need to be extra, especially in baking. I always want to do something interesting and make it taste good,” Herrera said.

Some of the more attention-grabbing macarons that have appeared on the menu include a dill pickle, jalapeño and honey, Lucky Charms, Fruity Pebbles cake batter and blood orange. Though unique macarons have become the highlight of the menu, Herrera didn’t want to pigeonhole herself. She added a cereal cookie box with six different rounds influenced by Cinnamon Toast Crunch, Cocoa Puffs, Fruity Pebbles, Fruit Loops and Lucky Charms.

The addition of sweet treats to the menu is where the name change came into play. The Macaron Shoppe, LLC didn’t leave the doors open to all other desserts. She retitled her business Black Knife Bakery to slowly transition into offering handmade Pop-Tarts and more.

“The Macaron Shoppe was very vanilla sounding to me, and I am so much more than that. I’ve always had this dream to have a bakery that had a darker feel. Dark images, Halloween themed and with a bit more of an edge. The new name came to me in a dream, an actual dream. I woke up and the rebranding started,” Herrera said.

As of right now, the menu has a select few of flavors that vary weekly along with a long list of classic and specialty combinations. The Black Knife Bakery is simply an online order format with the options for pick-up or delivery.