Bakery Four Brings Sourdough Pastries and Bread to the Highlands

Opening a bakery in the midst of a global pandemic is not a task for the weary but that’s exactly what Shawn Bergin – owner of Bakery Four – did. The act is a testament to Bergin’s mindset and willingness to succeed in his new endeavor after leaving the corporate world to fulfill his passion. After locally owned Bug & Belle Bakery closed several months ago, it didn’t take long for Bergin to take over the space. He had been baking naturally leavened bread and pastries as a “cottage bakery” since September – selling his baked goods at local Denver spots like SloHi until he found his own bakery. The former Bug & Belle location offered exactly what he needed and he moved his operation to the quaint bakery on 32nd Avenue – now called Bakery Four. 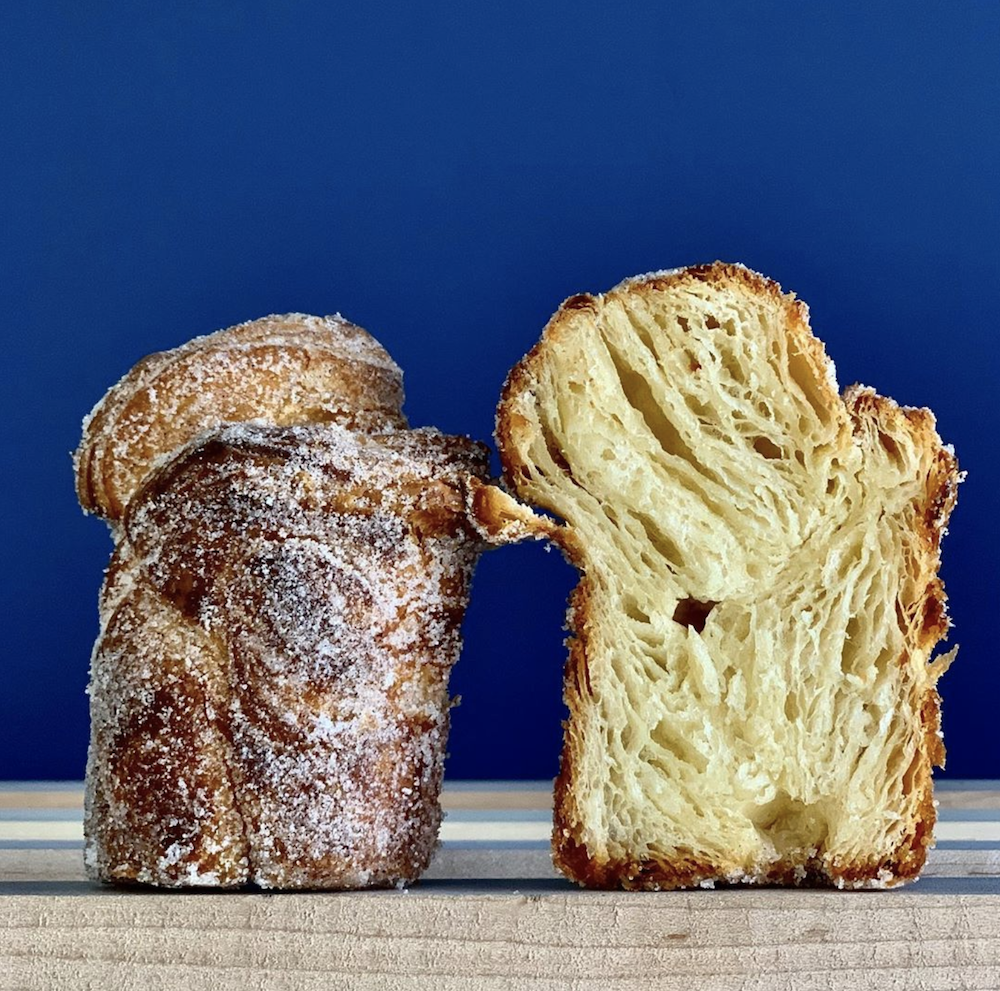 Bergin’s first encounter with bread-making began when he was 16 at a pizza joint in New York. He quickly became a manager there and refined his dough-making skills but left the food industry for the corporate world shortly after. “The departure from that turned into having pizza parties for my coworkers and friends where I’d make 14 pizzas for 30 people,” he said. After a stint in Washington, D.C. Bergin decided to follow his passion and moved to Denver to open his own bakery. He started experimenting with naturally leavened dough – also known as sourdough – and began selling his loaves at pop-ups around the city. He learned by doing more than anything and explained that it’s all about the feel of the dough. “If you take the clock and scale away and work by the feel of it you’ll get the hang of it a lot easier because then you understand the dough,” he said. 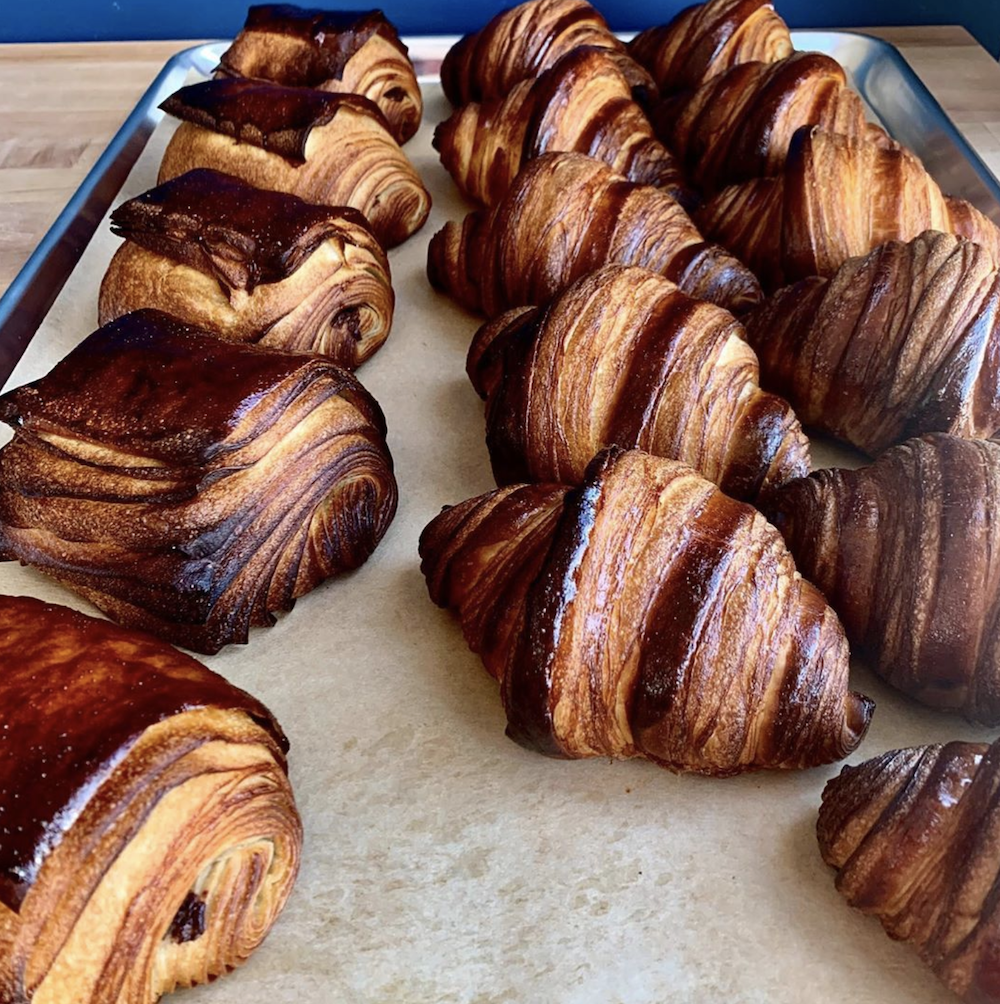 All of Bakery Four’s breads are made with levain – or “starter” – that is fermented for at least 24 hours and doesn’t include added yeast. “My breads are sweeter than they are sour so people that aren’t a fan of really sour bread will love these,” stated Bergin, “I want to provide people with the highest quality bread and pastries that I will also eat myself – if I’m not passionate about what I’m baking then the customer won’t be,” he said. Bergin uses flour from two family-owned mills in Oregon – Cairnspring Mills and Camas Country Mill – and will sell coffee from three different roasters – Sweet Bloom out of Colorado, Heart out of Oregon and Methodical Coffee out of South Carolina.

Bergin’s bread selection changes daily but typically includes a country loaf, a porridge loaf, a sesame loaf and a baguette. His pastries include pain au chocolat, classic croissants, everything croissants – a classic croissant with everything bagel seasoning rolled in – and a morning bun – an orange zest cinnamon roll made with croissant dough that is sure to make your mouth water as soon as you gaze upon it. Unlike the loaves, the pastries include some added yeast but still take two days to make – a statement to Bergin’s mantra of quality over quantity. The bakery also occasionally offers Bergin’s famous pizza dough to change things up so keep an eye out for daily and weekly specials on Instagram. 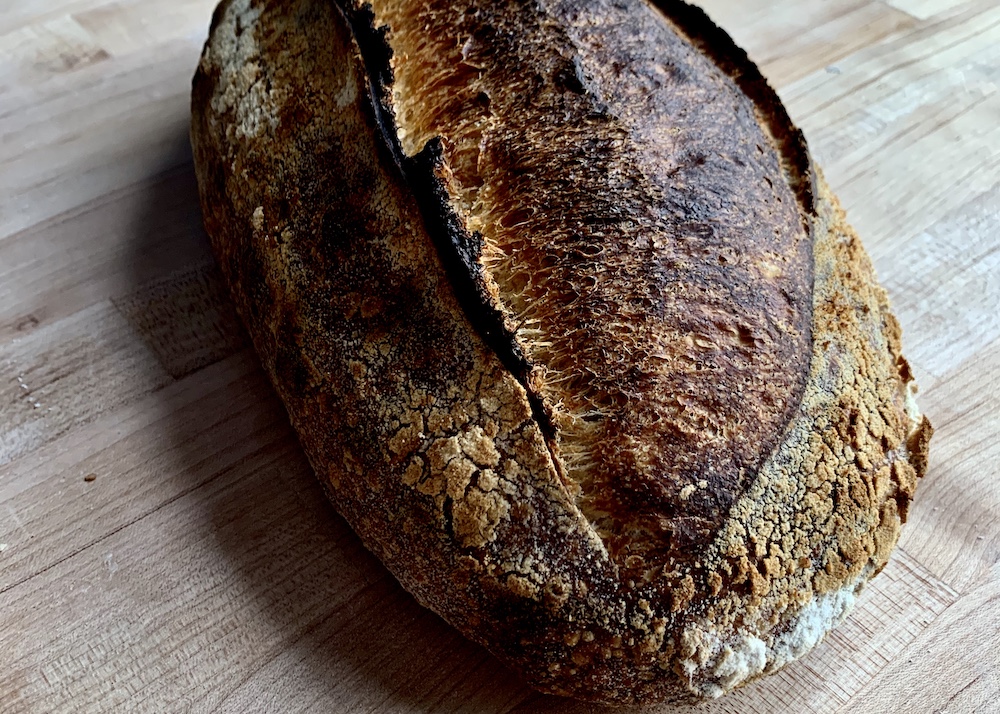 Opening in the midst of the COVID-19 pandemic didn’t seem to phase Bergin since his bakery is takeout only and will continue to be once the restaurant industry begins to open back up. That said, even in a pandemic he can sell out of everything in the first 30 minutes of the day. Be sure to stop by Bakery Four one morning as it begins to open this week – but get there early to have the best selection.

Bakery Four is located at 3712 W 32nd Ave, Denver. Right now Bakery Four is open limited hours for take-out only but will develop normal hours as the state of the restaurant industry unfolds. Stay up to date on the bakery’s hours and specials by following Bakery Four on Instagram.