Paradise, as defined by experimental funk auteur Joseph Lamar, is a place of inaccessibility and containment. A far cry from the escapist utopia that many conjure when confronted with the concept, Lamar envisions it through the marred visage of reality, noting how a perfect place for someone can be a nightmare for another.

The song and accompanying visual arrive at a junction where we as people are inaccessible to others and more often than not held within the confines of our own homes for longer than we ever have. Shot and recorded prior to the existing crisis, the resulting visual for the song is a meticulous musing that ricochets between religious symbolism and the literal representations of containment — deciding whether paradise is heaven or hell.

In his blog discussing the concept of “paradise,” Lamar details the prejudices and inconsistencies of the world, from the precept of White Jesus to The American Dream. With the not-to-be discarded inclusion that a fellow classmate uttered the sentiments, “God is a false hope,” and how it shattered his perception of reality, Lamar gregariously sorts through this betrayal of sorts — none more provocative than how his relationship with religion informs how he interprets paradise. Tellingly, attempts at an exorcism are performed, Lamar depicts himself as a Holy Trinity of sorts and sings through a custom balaclava pierced with a menagerie of safety pins in the dynamic visual directed by Dylan Lee Lowry.

“The first thing I pictured was me naked and surrounded by whiteness,” says Lamar on the video’s concept. “I knew I wanted to subvert European Christian imagery. I wanted to create a visual representation of a mind being colonized and resisting. I drew some inspiration from Carravaggio — the way he juxtaposed light and shadow, beauty and horror. It made me think of how evil can be concealed or advanced under the guise of virtue. Instead of each scene having a beginning, middle and end, I wanted to lean into each shot being right in the middle of an action like a painting — the forced baptism, the exorcism, the rosaries being torn. Dylan did a really good job capturing the shots in such a way that your attention goes to the subject and the environment is inconsequential. It conveys a sense that the location is unknown. Like maybe it exists somewhere outside of space and time. It plays on the utopia idea.  I wanted to play around with the Christ imagery as a commentary on how black bodies are forced into martyrdom. I really wanted to be in a stained glass window at the end. I’ve always been drawn into the beauty of stained glass windows in churches but so rarely did I see a black face in the window. In fact, in a lot of black churches with stained glass windows, they don’t actually put biblical figures in the windows. Just colors. I wanted to put myself in the window like I was something holy.” 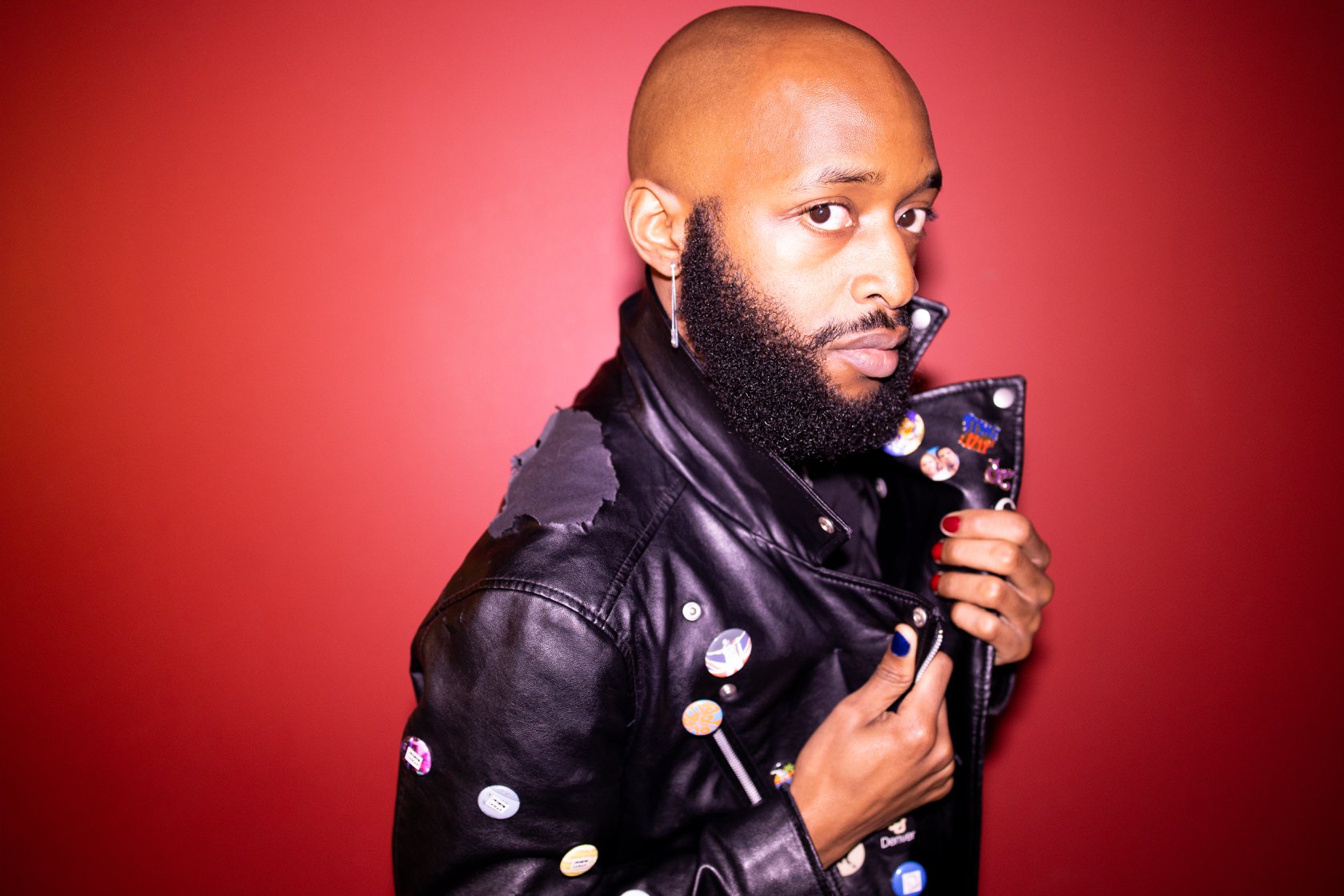 What may seem like sacrilege to some is more of an irreverent questioning of how things are and how we’ve come to accept them. “Paradise 1” is as ambitious as it comes in dissecting something with so many layers fo Lamar, but if there was one thing to take from it, is that paradise isn’t for everyone, and there’s no reason that it should be.

“I hope it’ll inspire people to look for paradise within themselves and connections with others,” says Lamar referencing the reception he hopes to garner.  “I hope that we’ll all aspire toward something more sustainable and fulfilling than achieving perfection.”