With the news that drive-in movie theaters in California, Kansas, Oklahoma and Missouri have opened for the summer season, other states have decided to follow suit and have started to get creative — Oregon’s Sunshine Mill Winery has decided to convert into a drive-in theater and BJ’s Restaurant and Bar in Mingus, Texas has started car-hop service and movie screening in their parking lot. This leaves us wondering, will Colorado be next?

Social distancing is a safe bet from the comfort of your own car, so there’s no damage from dreaming like it’s 1955, right? The Denver Mart Drive In seems to think so and Fort Collins’ Holiday Twin Drive In Theatre plans to open May 8.

The Mile High City is in much need of some movie magic, so Denver Mart Drive In employees are working hard to kick out the summer 2020 season and are prepared to open Memorial Day weekend if they are granted approval to safely operate under COVID-19 regulations.

“We’re getting ready for them to give us the thumbs-up so we’re ready to go and we’ve got everything in place,” Misty Flachman, the manager of Denver Mart Drive In, said.

The Denver Mart Drive In is typically open from Memorial Day weekend through Labor Day weekend on Fridays through Sundays, but Flachman said they are prepared to change the schedule and operate at half of their typical 275 car capacity if necessary. Due to the open layout of the theater, however, Flachman doesn’t think such a strict capacity limit would be needed.

“We hope that we can just request that our attendees stay in their cars and enjoy the movies or simply stay within the confines of their parking space and not play football and frisbee. When they utilize the restrooms, we’ll require mandatory masks,” she said.

According to Flachman, having attendees stay within their allotted parking space shouldn’t be difficult to enforce.

“We can keep them six feet apart. Each parking space is about eight feet across anyways,” she said.

As for concessions, Flachman doesn’t know if they’ll be able to offer that to guests at the moment, but she is confident that they might be able to offer car-hop service available through text messaging so that people can purchase popcorn, candy and drinks and operate under the same regulations a restaurant would for curbside service. Ironically, outside food is always welcome, which is something traditional movie theaters don’t encourage.

“You’re always welcome to bring outside food into the theater and beverages!” Flachman said.

For the drive-in movie experience during COVID-19, Denver Mart Drive In would again offer individual tickets per vehicle to see a double feature, but unfortunately, the back-to-back films won’t be new releases.

“Because the cinema companies have decided to hold new releases or most new releases until 2021 due to the crisis, we most likely would show a comedy or a classic comedy double feature,” Flachman said. 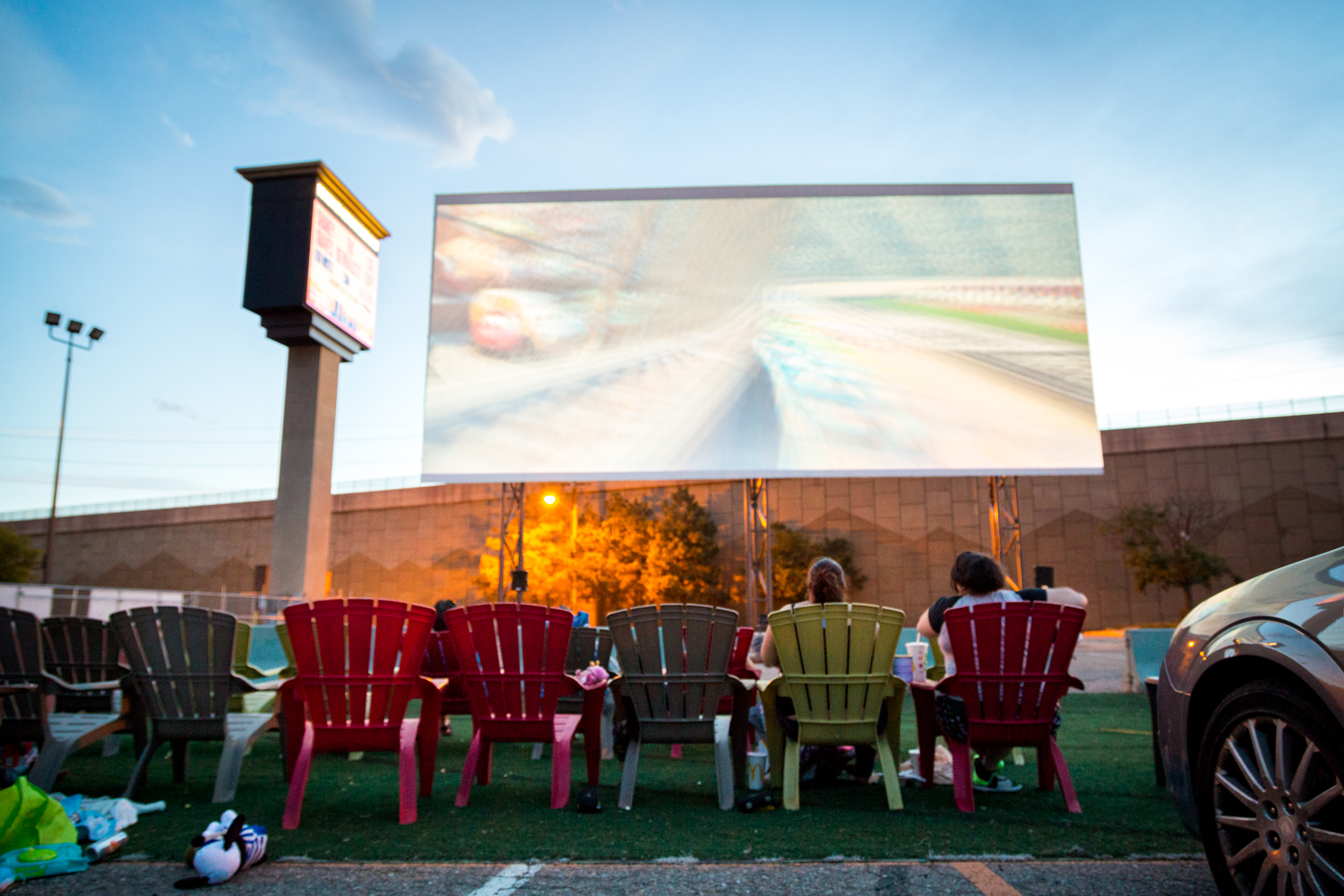 “They’ll be funny [movies] because we all think we need a little bit of humor right now,” she said.

The Denver Mart Drive In has been polling Facebook followers to find out which films people would be most excited to see and Flachman says the results have been surprising, but they plan to only screen family-friendly films with a rating of PG or PG-13.

“They want everything from Animal House, which is not PG-friendly to Disney classics. We’re just focusing on opening before we make any of those determinations,” Flachman said.

“We are relatively new. We were a passion project of the owner of the Denver Mart at the time. He grew up taking his family to drive-ins in Ohio and since the Denver Mart is an event facility, we had these large parking lots that were sitting there empty at night. So, he decided to follow his passion and open a drive-in theater,” Flachman said. “It’s been successful. We definitely have our own following of people who come year-in and year-out. Slowly but surely, people are finding out about us and it’s a lot of fun. It’s fun to see families enjoying family-time in an old way.”

For the staff at Denver Mart Drive In, keeping the community entertained is important now more than ever and they know their season will be a successful one if they get approval to move forward. They even have plans to offer more than just movies.

“We’re being approached by many concerts and bands. We currently have 18 dates for high school graduations where different high schools want to have a senior honorary video on the big screen and keep families safe inside their cars,” Flachman said.

“I would imagine that we’ll have a really great season once we open because I think we will still be kind of ahead of the curve on how we’re able to provide really great entertainment for families and still be respectful of the mandates and social distancing.”

“Our focus will be offering people a little break from worrying about the COVID-19 virus for a few hours.” 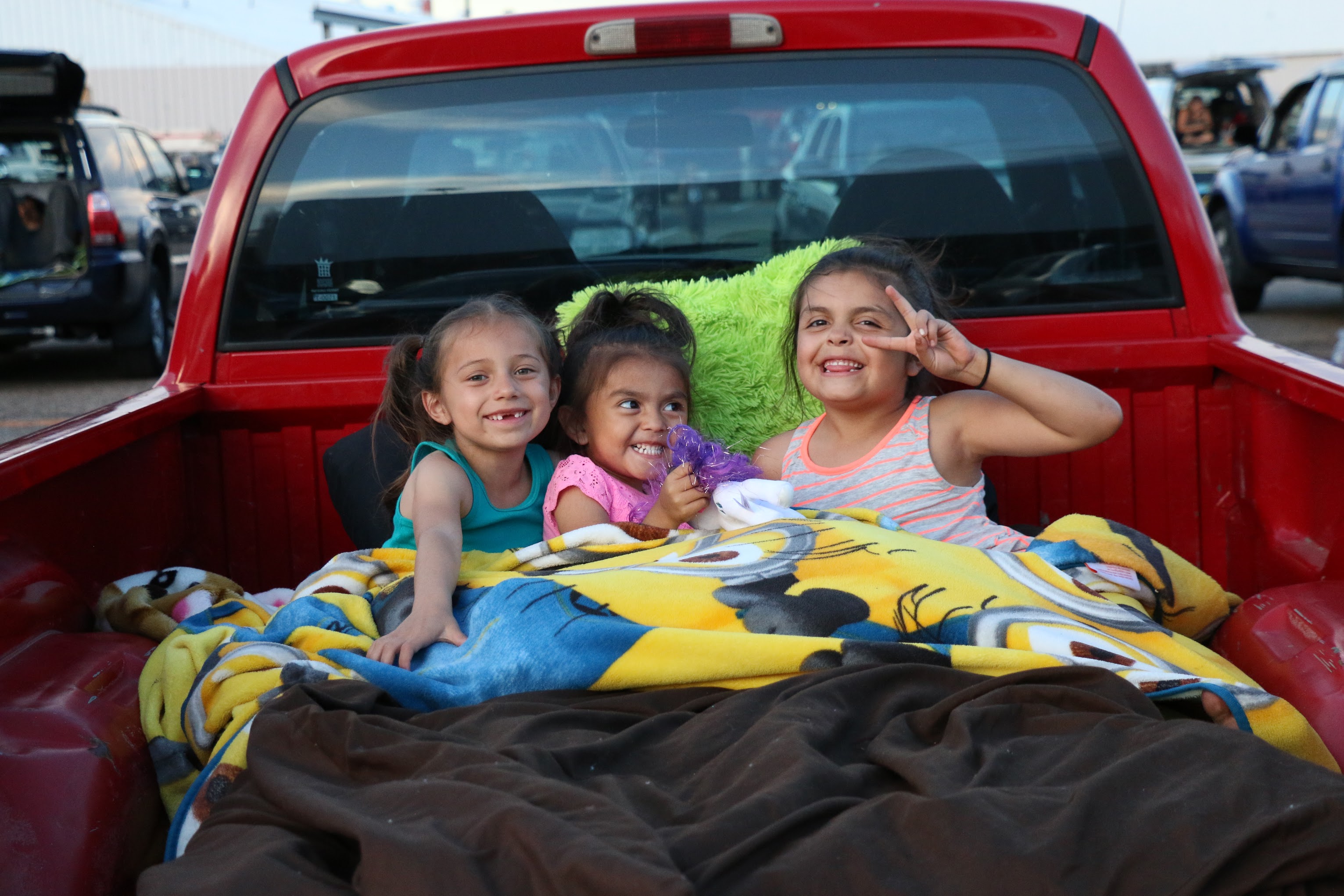 The Denver Mart Drive In is located at 451 East 58th Ave., Denver, CO 80216. Dates for the summer 2020 season have yet to be announced. Click here for more information.