These Plywood Murals Are Turning Closed Storefronts Into Open-Air Galleries

What started as a trend on Broadway became a citywide phenomenon, and now the newest street art in Denver can be found on plywood. Some of the artwork simply seeks to spread positive messages like “stay safe” or “remember to distance safely” or “we love you Denver.” Other murals are stunning works that deserve to find a permanent home when the businesses hopefully open back up.

Tattoo shops are lucky in the sense that the employees are already artists. Sure, most of them work on a different canvas than plywood normally, but adding art to the boards did not daunt two of these shops. Thick As Thieves’ mural was painted by shop owner Mike Pinto, whereas the boards over Bound By Design‘s windows are aimed at a cheerful and informative message more than a cohesive piece of art. Salon Lucid took the opportunity to do both, with Molly Mitchell and Michelle Farley creating a psychedelic and simple design that still catches your eye. Mitchell, the owner of Salon Lucid, said: “my windows were vandalized just a few days after we were forced to closed, shot with a BB Gun so we had no choice but to board her up.”

Broadway may have been the catalyst to this whole movement in Denver, when one small business owner, Erika Righter, took it upon herself to pay artists to paint plywood for other small businesses in the area. She started a GoFundMe to raise money for both the plywood and the artist’s contributions, but once the plywood art started, it was hard to stop more opportunistic artists from leaving their mark as well. Righter’s first project, on her own business Hope Tank, included poems by three influential Colorado poets — Bobby LeFebre, Suzi Q Smith and Kerrie Joy — and artwork by tattoo artist Jack Avila. Other notable artists to be found on Broadway right now are Grow Love, Chris Haven and Jher 451. 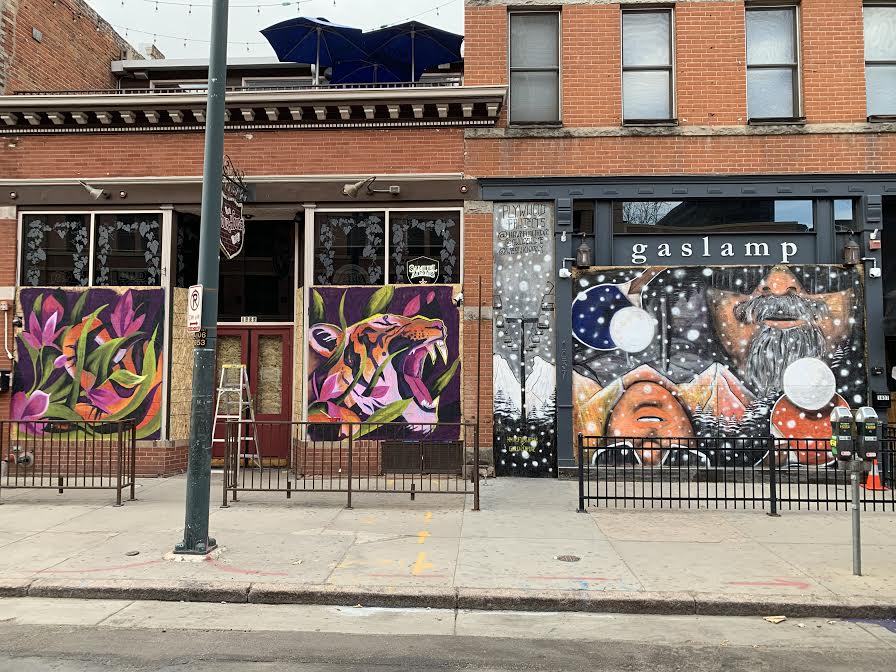 Another artist collective had the same idea as Righter, but they started a different GoFundMe that only goes toward paying their artists. The artists are part of Seige Gallery and their goal is to “keep up [the] moral of the city and its beautiful urban environment.” So far the collective has already painted Gaslamp and Pourhouse Downtown Denver but other businesses to look out for in the coming days or weeks that will receive murals of their own are Rhein Haus, Retro Room, Refinery, Sidecar and Willy’s Tavern.

Sure, we don’t pick favorites. But this one by Patrick Kane McGregor — a legendary street artist whose photorealistic portraits often depict his dogs — gives us all the feels we need right now. McGregor has painted all over the country, including in such street art meccas as Wynwood in Miami and the Bushwick Collective in New York City. This little piece not only includes one of his iconic dog faces, but it’s also timely and sweet. 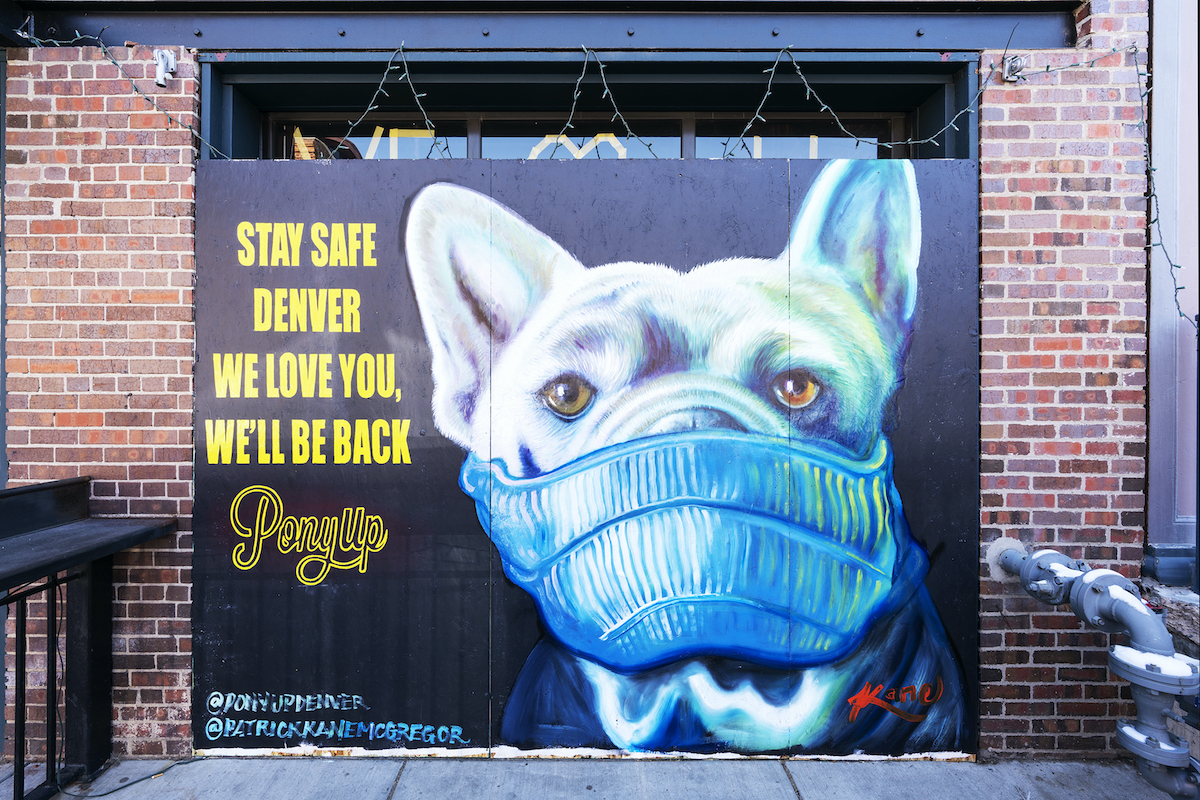 Patrick Kane McGregor at Pony Up

All photography by Peter Kowalchuk, unless otherwise noted.