All Photography Courtesy of Tennis

For the last decade, Tennis has been a Denver favorite — and for good reason. Their dreamy indie sounds are easy to listen to and even easier to continue listening to. The husband-and-wife duo chronicle their lives through their music and have become one of Denver’s most beloved couples as a result of it. Their most recent album, Swimmer, remains true to the sound that their fans love but adds new layers for fans to unravel as well.

The duo, which consists of Alaina Moore and Patrick Riley, was born out of Moore and Riley’s friendship that would soon blossom into much more. “When we first met in college, we just became very fast friends,” said Moore in an interview with 303 Magazine. “I guess we felt like comrades or something. It was like a very – it was a very innocent, platonic but supportive friendship. Out of that, really naturally grew out of that – we developed this, I feel like it turned into planets in orbit or something. One day I just was living with him and then one day we were married. Everything just kind of naturally moved in that direction.” 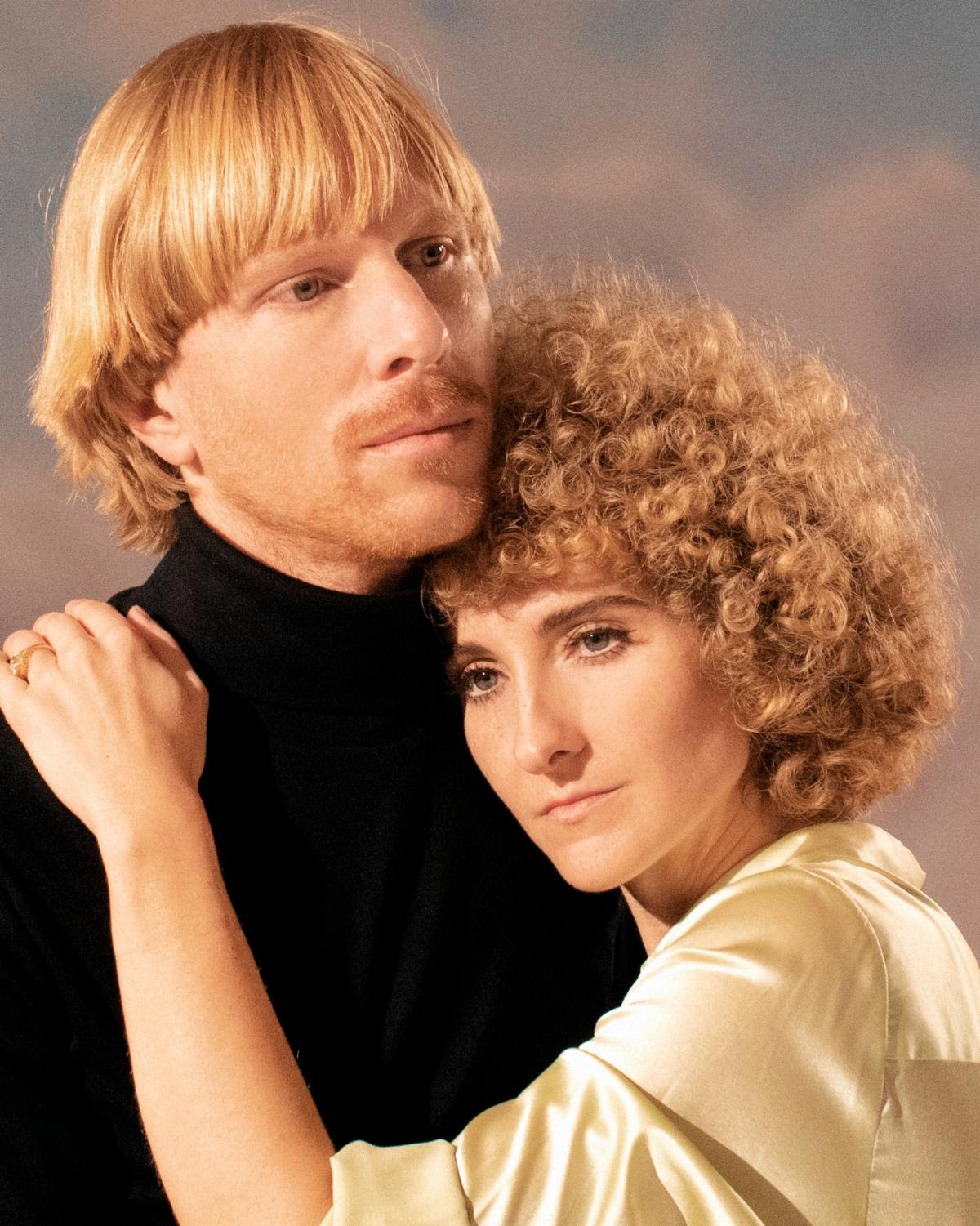 However, it wasn’t until much later that they began their songwriting endeavor — a creative outlet that Moore says is a direct result of their relationship. “I have thought about it a lot and I just don’t think I would have any interest in pursuing this life specifically if I didn’t do it with my life partner,” said Moore. “I think I would have wanted to lead some kind of a creative existence but I would definitely do it in a different medium. There’s just something about my relationship with him that makes this shared experience really profound and really rewarding.”

Their music directly reflects both their relationship as well as who they are as individuals, with their music often teetering between the challenging and the hopeful.

This is largely a result of Moore’s headspace. She describes herself as just barely removed from an existential, tailspin crisis at any given moment — though she actively works to take care of her mental health by finding the things that work for her as an individual, such as abandoning the metal music she listened to as a teen. Often balancing the woes with things that might feel escapist, she finds ways to be optimistic even when life gets difficult. “It’s not that I’m undermining the seriousness of it all,” said Moore, “but I try to put it in the context of music that makes you feel like you might escape it all. [laughs] Otherwise, I think I would just go to way too dark of a place”

All of this reaches its zenith on Swimmer. Lyrically, the album details some of the most difficult moments in Tennis’ career, as well as some of the hardest obstacles the duo has yet to face as a couple. Despite this, the melodies are undeniably optimistic.

Marking 10 years as a band and 10 years of marriage, Swimmer is as personal as any album could ever be for a band. Looking back on their first album, Cape Dory, Moore intentionally wanted Swimmer to ponder what had changed over the years. “I kind of wanted to reflect on the way our relationship and our partnership had changed, and even the way my understanding of love and devotion had changed over the course of 10 years,” said Moore. “And then also, just noticing my relation to the world as a 35-year-old as opposed to a 24-year-old. You know, how much in my life had shifted in good ways and in challenging ways. And, in particular, confronting the idea of ‘til death do us part’ and ‘in sickness and in health’ which we never actually made those kinds of vows to each other.” 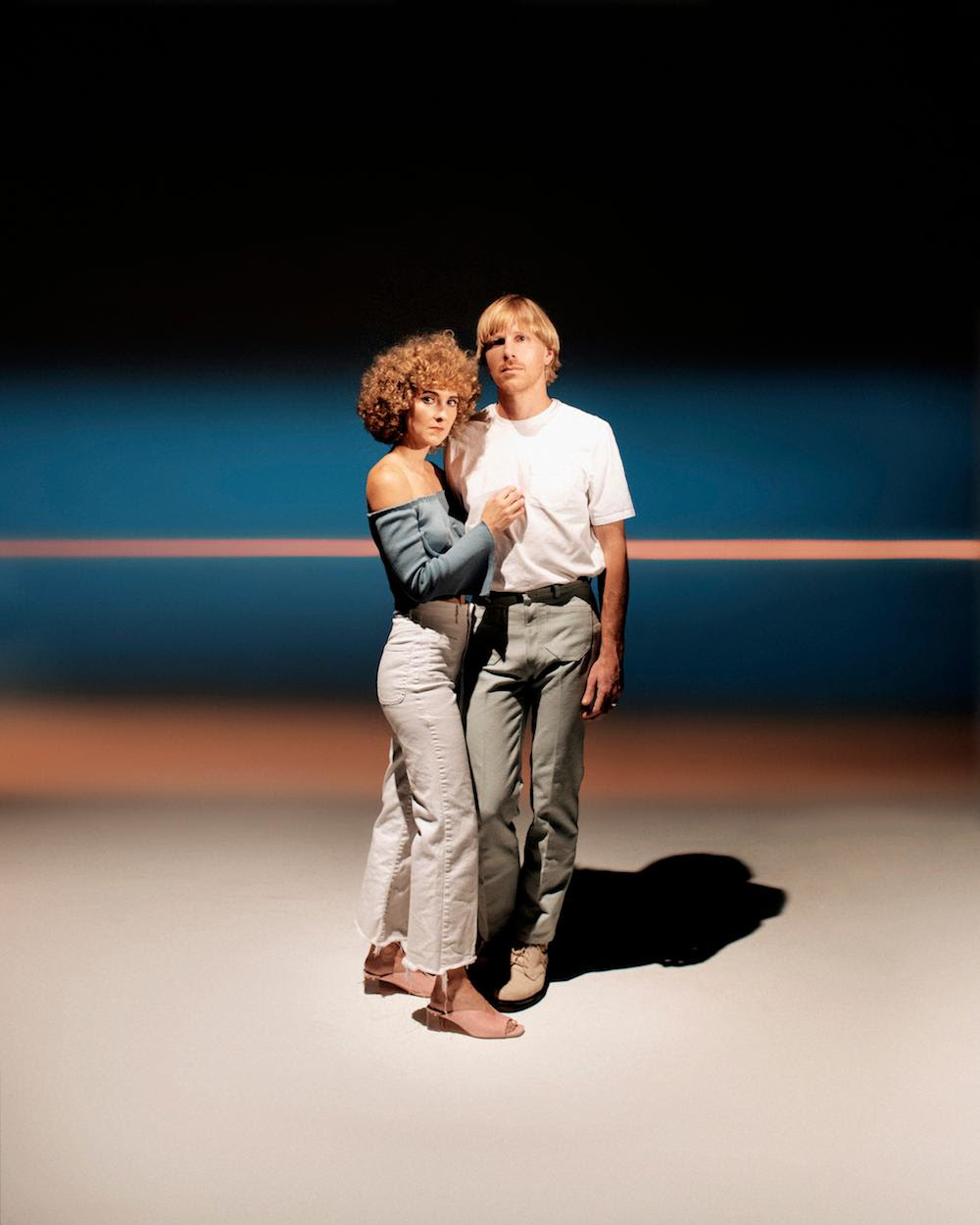 As a whole, Swimmer has a lot to unpack. However, you don’t have to take anyone’s words for it except for those that are already within the album. Moore went on a track-by-track journey with 303 to give us the inside scoop on all things Swimmer.

Alaina Moore: “I’ll Haunt You” is the last song we wrote for the record, but we wanted it to be the opener as soon as we had finished writing it. When I had written those lines, “As the sun sets over my shoulder, I can tell I’ve been getting older,” I was thinking of that Robert Frost poem “the old dog barks backwards without looking up, he can remember when he was a pup.” I always really loved that poem when I was in high school and I read that. But, I thought about just that feeling of watching your youth – and even feeling very physically, feeling your youth leave you. There’s something about being in a band and touring, you know, it’s such a young person’s game and youth is so glorified. But, I really went into this album experience feeling older and wiser and different. I wanted to set the tone with that.

AM: “Need Your Love” is a huge tonal shift, which we wanted it to be a very jarring transition. The music does the most work for us in the instance of this song. Patrick and I each wrote half of it. He wrote the verses and I wrote the choruses. It’s partly why there’s a huge tempo shift between the two, which I actually loved and was the person who advocated for leaving the tempo change in there. Patrick worked really hard to come up with creative ways to work in and out of a verse that’s like 46 BPMs faster than the chorus that I wrote. In that song, I just explored anger, which isn’t an emotion that I really like to have, and I don’t feel like it’s particularly healthy for me. I felt like the song felt really assertive and I felt like the song needed some teeth. So, I just decided to lean into the state of mind that I was already in.

AM: “How To Forgive” is very intentionally the companion piece to “Need Your Love.” That’s the song where I tell myself that I need to move past my anger and into forgiveness. Which is something that I feel like I always vacillate between those – I pendulum swing between those two emotions whenever I am feeling anger. I have that internal dialogue of everything I wish I could say, you know? All of my self-righteous indignation. And then, with “How To Forgive” I just accept the fact that I’m the one holding onto the anger, I’m the one making it real, I’m the one who could free everyone from that pain. So, that’s where “How To Forgive” came from.

AM: “Runner” is the first song we wrote for the record. Patrick wrote the guitar progression that opens the song, and he showed it to me. It sounded like nothing we had ever written before. We ended up spending months finishing that song. There were so many ideas and so many melodies and so many directions we could take the song. It took a really, really long time to put everything together. But, that song came out so powerful and we’re both really proud of it. In that song, I talk a lot about my relationship with religion. I grew up in a really beautiful, wonderful, supportive Christian home. But my whole culture and environment – I was homeschooled in the conservative, evangelical movement, and that really was the whole foundation of my conception of myself. Especially as a woman, which as you can imagine, was a very patriarchal conception of femininity. So, I spent some time kind of working through some of those feelings. Imagining Lott’s wife, being the villain of the story of Sodom and Gomorrah. So, in the choruses of “Runner,” the “if I become a pillar of salt, I’ll know that it was all my fault,” I’m thinking about that. That’s something that comes up a lot in my writing. I spend a lot of time sorting through residual, conflicting feelings about that from my past.

AM: “Echoes” is getting back on track to more specifically that tour. That was really difficult. That motivated a lot of the writing on Swimmer. “Echoes” is when I kind of describe the day where it all began. I started off that tour with influenza. I did the first week and a half sick until I finally just collapsed and had to be hospitalized. It all went down in the most dramatic, dramatic way possible that was very terrifying to Patrick and me. We didn’t understand what was happening. There was a really brief moment where he thought I had maybe died. It was a very jarring and frightening moment where we should have been on top of the world and instead, we felt like we were losing everything all at once. So, “Echoes” is just a very straightforward narration of that day and everything that I felt. Including verbatim quotes like “he said get a doctor my wife’s going under.” That’s just stuff Patrick actually said. 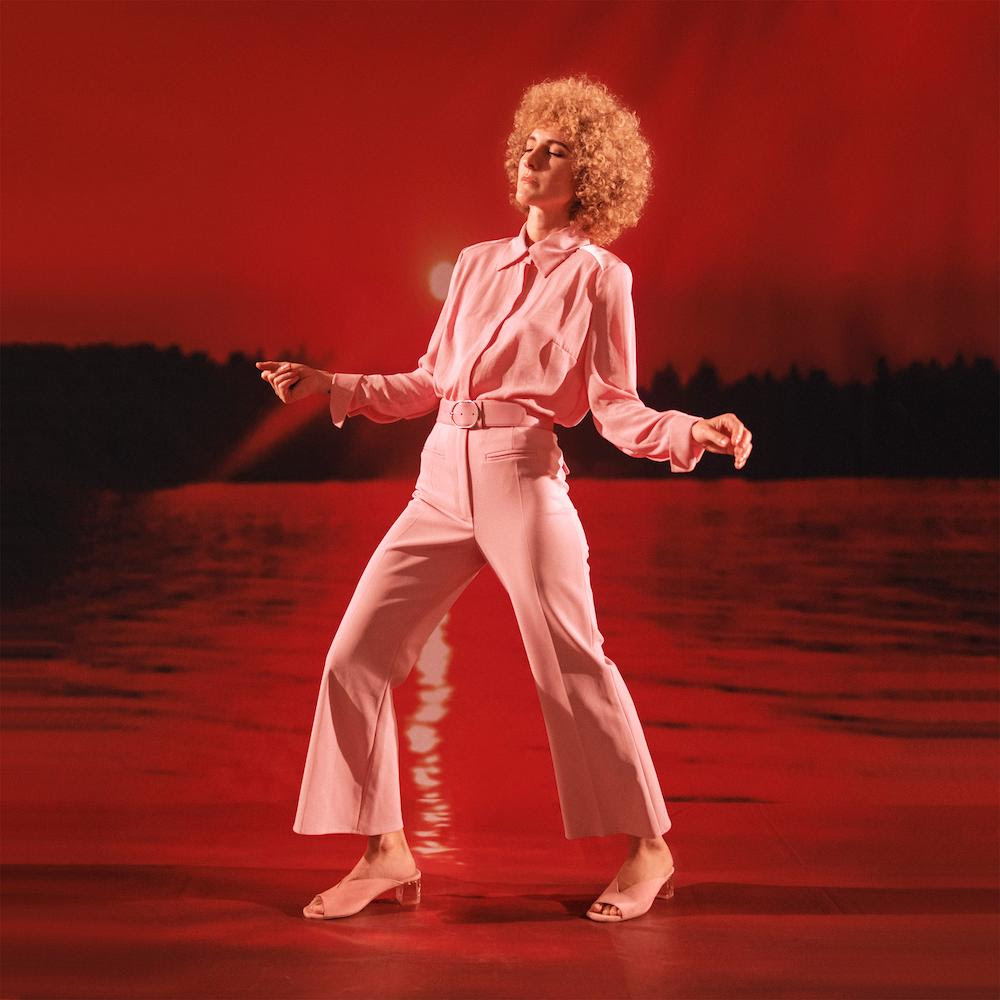 AM: Five days after I was hospitalized on tour, Patrick’s dad died. We were still on the road and it was just a surreal, horrible just unfair situation that no son should ever have to go through. “Swimmer” the song, details the day – it was about four months after his dad died, that we finally had a funeral for his dad. Just Patrick and I, and his mom and sister and brother-in-law, we scattered his dad’s ashes a mile offshore from where they lived in San Diego, which was his dad’s wish. While we were at sea, scattering his dad’s remains into the ocean, I could see the beach teeming with tourists and people spending time with their family. Enjoying their family and swimming in that same ocean but experiencing joy and fun. You know, just the juxtaposition of the two extremes made the experience of literally pouring your father-in-law’s cremains into the ocean while you watch other families swim in that same water – it was just a very surreal experience that kind of underscored the feeling of loss in a more acute way for me. I don’t know why, but watching live bodies swimming in the sea while we poured a dead body into the ocean reminded me of the fact that I never learned how to swim because I’m afraid of the water. I don’t know why, but my weird takeaway, almost macabre takeaway from that experience, was that I should learn how to swim. I just remember thinking that as we had the service. I was like, this is stupid I need to face my fear, I need to learn how to swim. I shouldn’t let things like this hold me back from a fuller experience of life. That’s what that song is about.

“Tender As a Tomb”

AM: “Tender As a Tomb” is just me processing what to do with all my love that went towards a person that’s no longer there.

AM: “Late Night” is another song where I spend some time thinking about what it means for me to be a woman outside of the context of my conception of womanhood that came out of a Christian and patriarchal framing of that.