Rap music in 2020 owes so much of its foundation to the pioneering groups that paved the road in the ’90s, – and Three 6 Mafia is absolutely one of those groups. Juicy J and DJ Paul have created stacks of hits that have stood the test of fads and have become legendary icons in the hip-hop community. When they took a break from their platform in 2012, some fans worried they would never see them again. Last year, Three 6 Mafia announced that they would be heading out on a six-stop tour, featuring a show on March 6 (3/6) at our very own Fillmore Auditorium.

The performance received a powerful spark of energy from Denver fans regarding the reunion. Juicy J and DJ Paul took their fans on a trip through their most popular tracks, keeping the hype and intensity pounding through their speakers all night. The full-to-the-brim auditorium lept up and down, the audience’s arms raised with decades-old lyrics belting from their mouths. 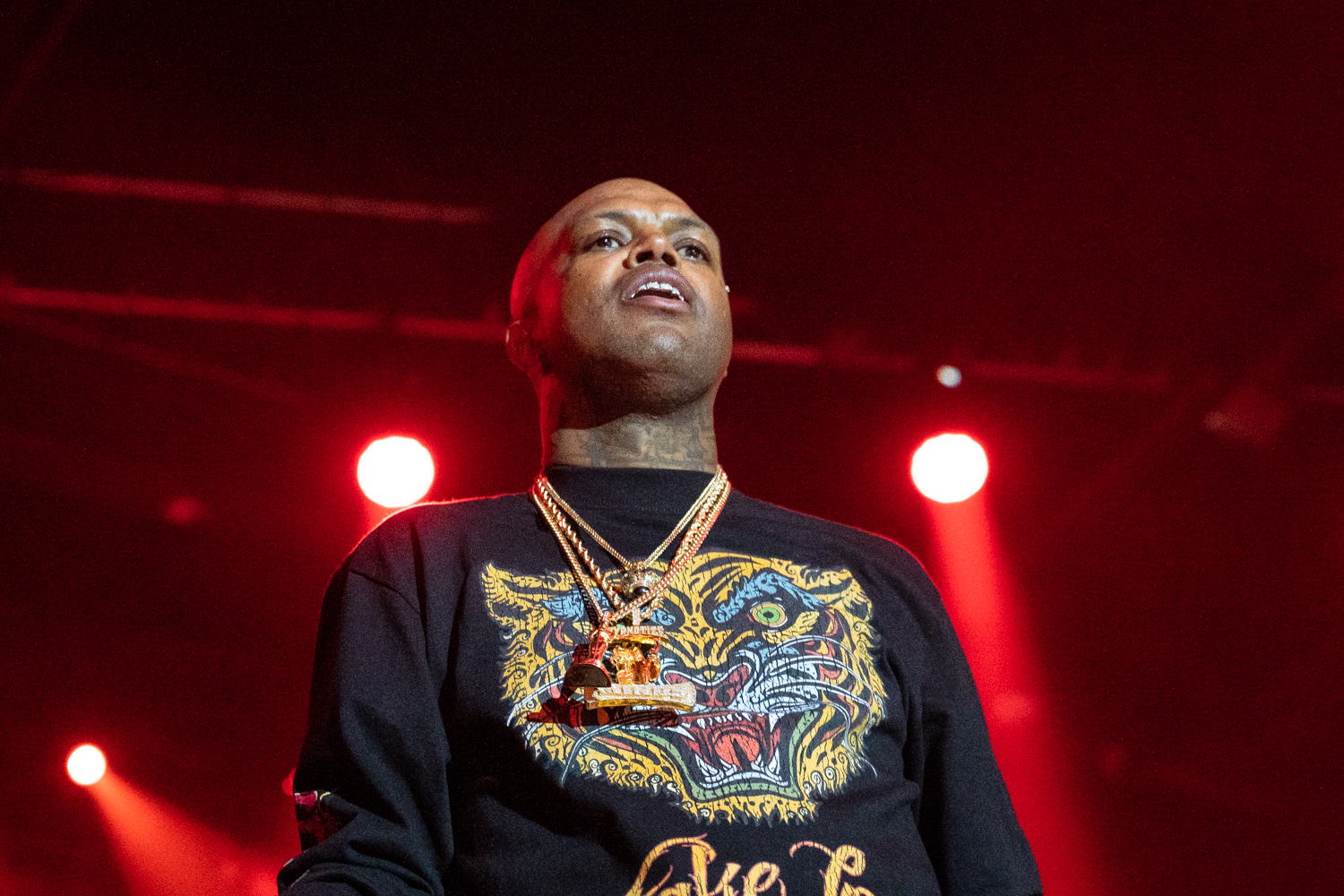 The night opened with Hunidracksix mobbing the stage with his large crew, including Denver’s Nay Renae, Brazy GG and more, adorned in colorful hoodies. DJ Top Shelf kept the beats flowing until Lil Wyte, the second opener, took the stage. It was announced that Lil Wyte was the first white rapper to be signed to Three 6 Mafia’s label, Hypnotize Minds. The rapper served the warm-up set well, rocking his much loved hit “OxyContin” and giving a loving shout out to the deceased Lord Infamous, a past member of Three 6 Mafia. By the end of Lil Wyte’s performance, the audience was primed and ready for the main attraction.

Three 6 Mafia stormed the stage after a lengthy hype up from the DJ, demanding a loud welcome for the Tennesee rappers. The lights on stage turned red and the duo ran out to belt crowd favorite, “Slob on my Knob.” Fans jumped, hands up to “Who Run It,” “Side 2 Side” and “Doe Boy Fresh.” Juicy J rocked a long smock, looking official and regal while he asked his audience, “Who grew up on Three 6 Mafia? Who knows all of our songs? Show us them tittys!” The rapper then directed his fans to form a mosh pit in front of him. 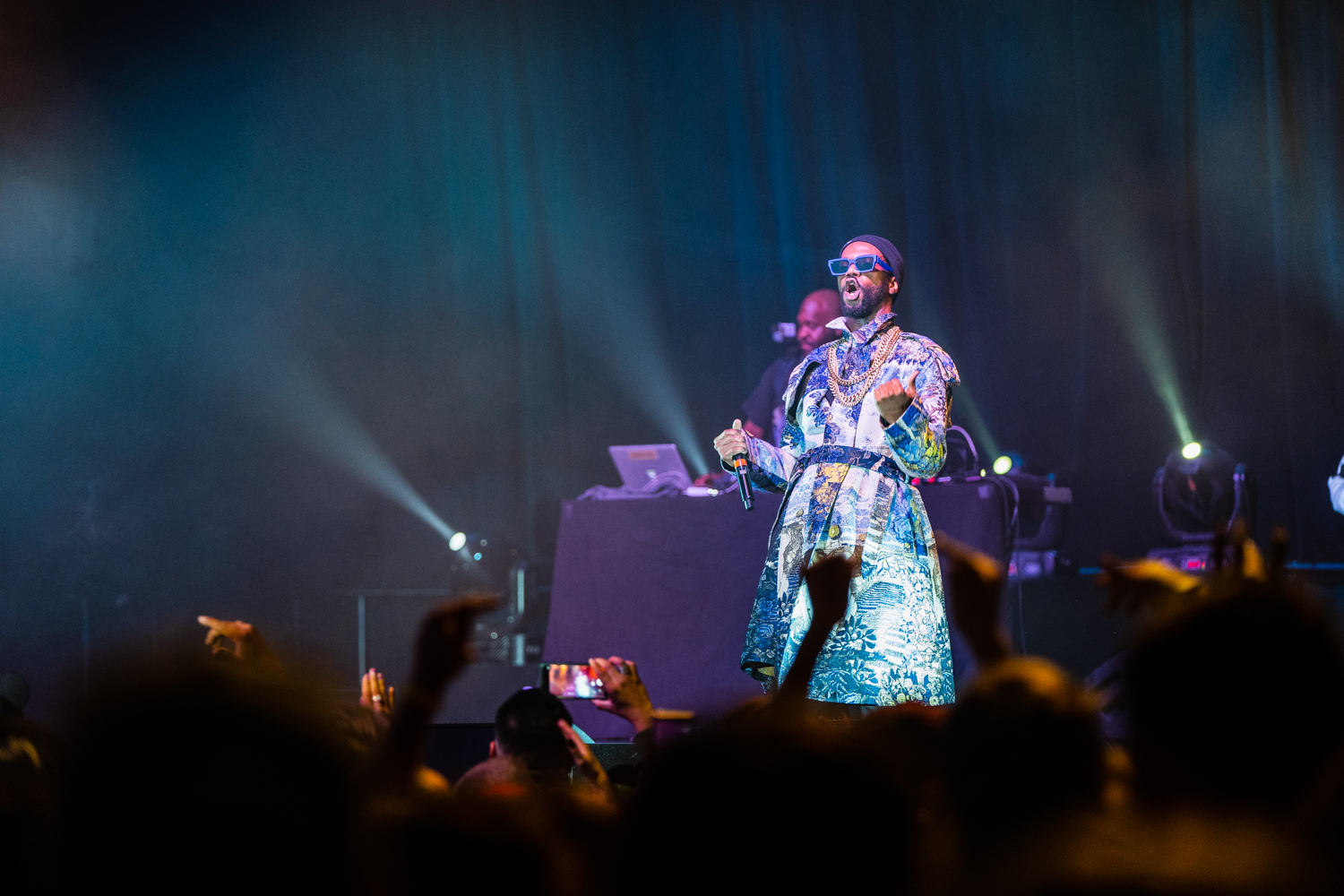 As the mosh pit raged, the duo raged on with “Poppin’ My Collar,” “Sippin’ on Some Syrup” and “Don’t Violate.” Fans rapped along with every word as the bass pounded up through the floor of the venue. The crowd jumped up through huge billows of smoke in support of the tracks. Later songs like “Lolli Lolli” and “Ridin’ Spinners” engulfed the same energy as the beginning of the set, but the performance had to end eventually. Easily Three 6 Mafia’s most beloved song, “Stay Fly” closed out the show, wrapping up their very popular discography.

The show was a warm embrace back to a career of performing for the group, and Denver was honored to be their first stop. Fans are hoping this reunion generates the needed inspiration for new music, as it appears that Three 6 Mafia is ready to keep their prosperous career moving ahead.

All Photography by Daniel Amimoto. View the full gallery here.