Review – The Wonder Years Gave Their Greatest Show Yet

For casual fans, pop-punk conjures up images of Blink-182 or possibly New Found Glory. Those iconic bands broke into the mainstream with their success and have brought the sound of pop-punk to the masses. However, for the long-time fans of the genre, another name stands out from the rest as one of the most influential within the scene: The Wonder Years.

For more than a decade, The Wonder Years have been a pop-punk powerhouse that countless other up-and-coming bands have credited as an influence. What started as a band of spunky artists entering adulthood, has blossomed into an undeniable force within the genre. More than simply being an influence that has helped to shape the genre into what it is now, The Wonder Years have had an impressive career that has outlasted many of the other bands in the genre. 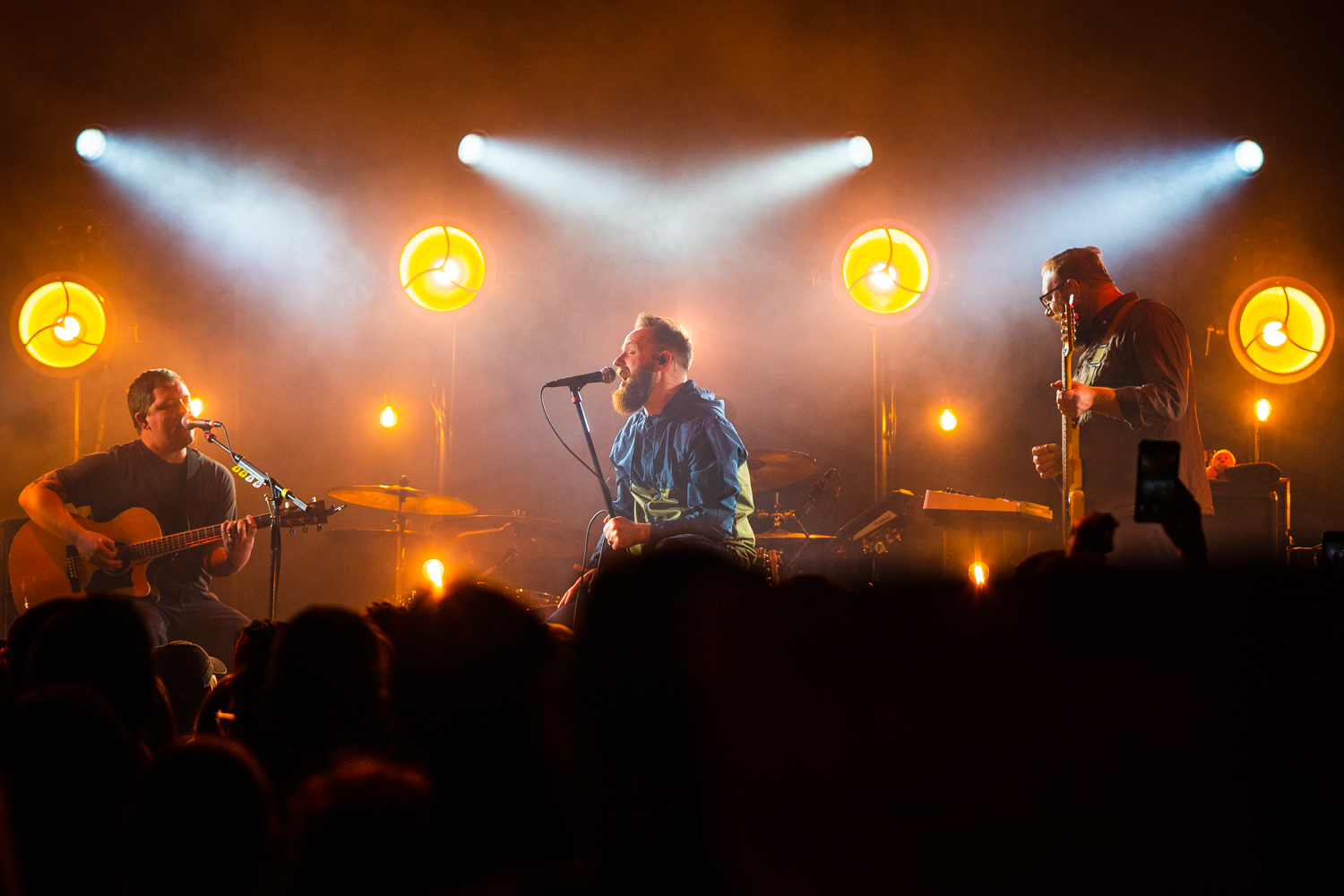 Their success is largely a result of their commitment to making music that matters. Lyrically, The Wonder Years discuss topics like addiction and cancer. While the subjects of their songs are often anything but happy, they’re also the reason fans connect with the music on such a deep level.

So, it should come as no surprise that the Summit was packed with screaming and moshing bodies when The Wonder Years made an appearance on Wednesday night. Foll0wing the release of their second acoustic album just a few weeks ago, the alternative rockers performed a double-header. The band started by opening the night with an acoustic set that spanned their discography before returning to the stage for a second set packed with some of their most electrifying songs. 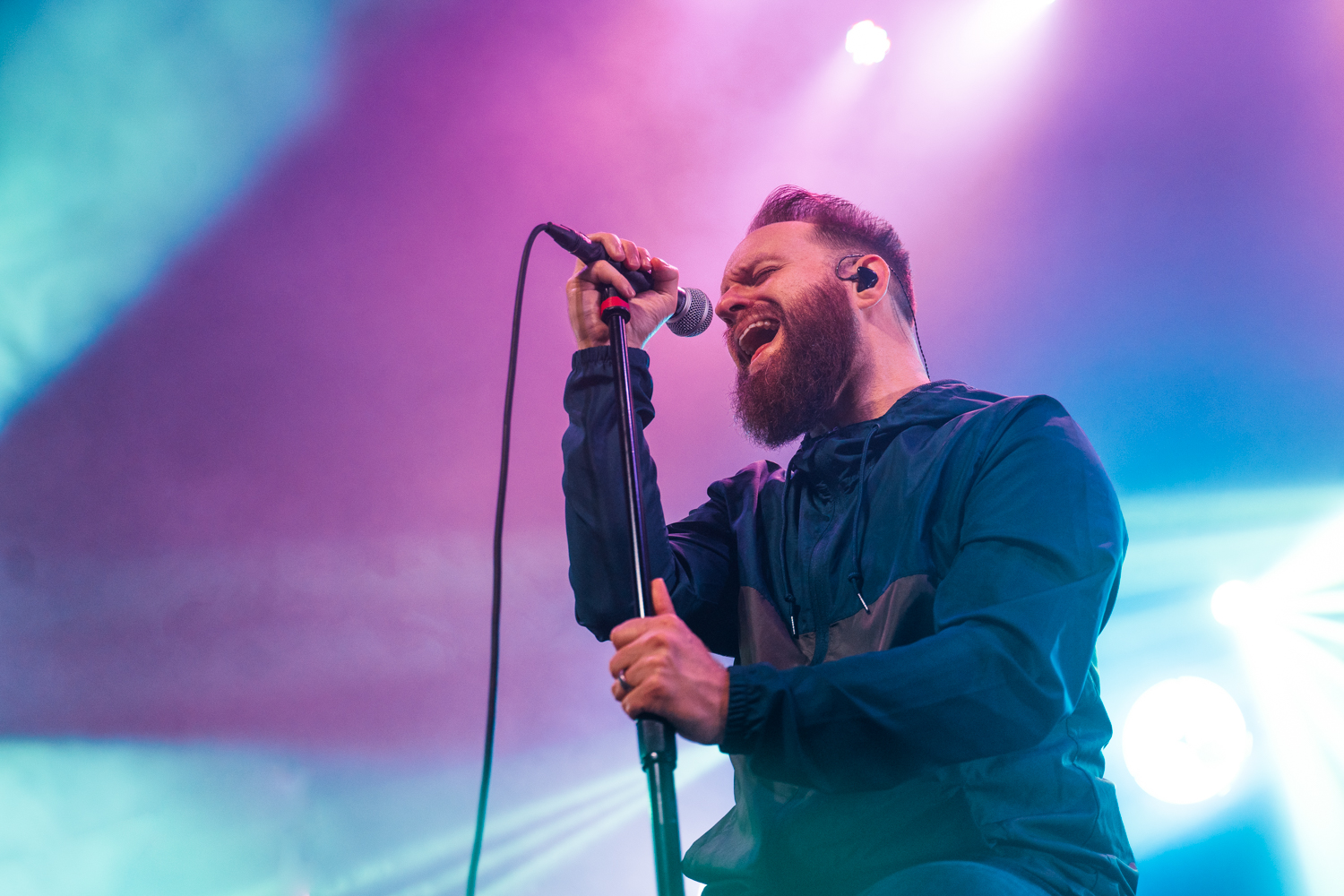 The night began with The Wonder Years easing into their first set with the acoustic version of “Washington Square Park.” With barely a pause to introduce the next song, they rolled into “Coffee Eyes” before breezing through a slew of songs, including “It Must Get Lonely” and “Ghosts of Right Now.”

Pausing briefly, vocalist Dan “Soupy” Campbell took time to discuss their decision to release acoustic versions of their songs. Providing them an opportunity to revisit some of their old favorites and breathe new life into them, he argued that some of those songs simply were made to be played acoustically.

Rolling into “Living Room Song,” a staple of The Wonder Years’ live sets, fans clapped in time and sang along at full volume. The first half closed with a heartwrenching rendition of “You in January,” before the lights dropped and the band left their places on stage. 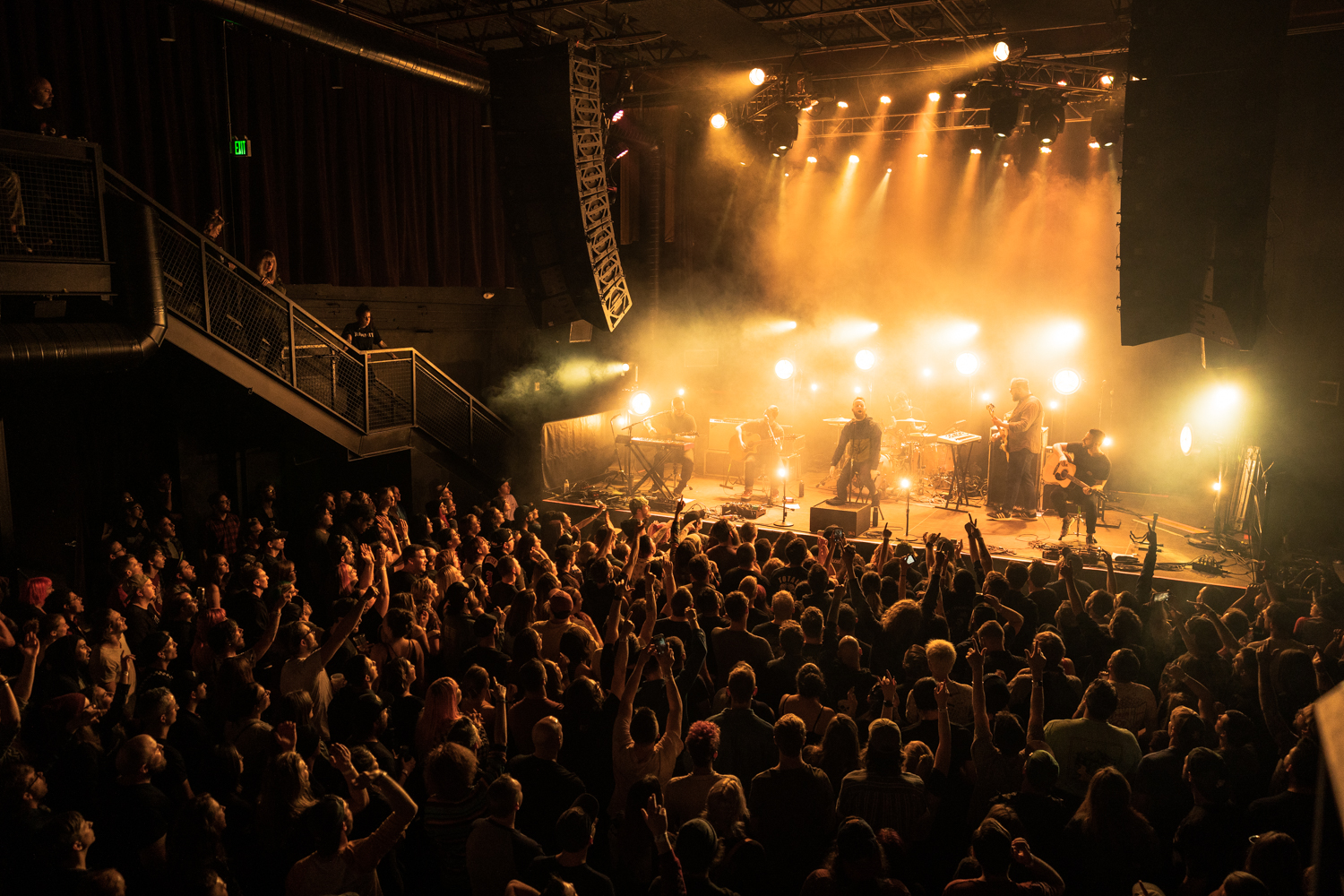 After a brief intermission, The Wonder Years exploded back onto the stage with “I Don’t Like Who I Was Then.” Their second set was louder, filled with an energy and enthusiasm that washed over the Summit.

The electric half of the night was filled with all the power of Campbell’s vocals and backed with the force of their impressive musicianship. Ripping through “Cul-de-sac” and “There, there,” the band paused briefly to speak directly to the audience.

Campbell introduced the next song, telling audiences that it was a song about feeling powerless while watching a loved one suffer through disease. He then immediately reminded fans that as long as we all have a voice we are not powerless. He berated the system that forces individuals to choose between purchasing insulin and buying groceries and leaves many afraid to go to the doctor for fear of what their medical bills will be.

Rather than feeling hopeless by the end of his sermon, the church of The Wonder Years filled the Summit with hope for a better future, calling all of their fans to action before erupting into “Pyramids of Salt.” 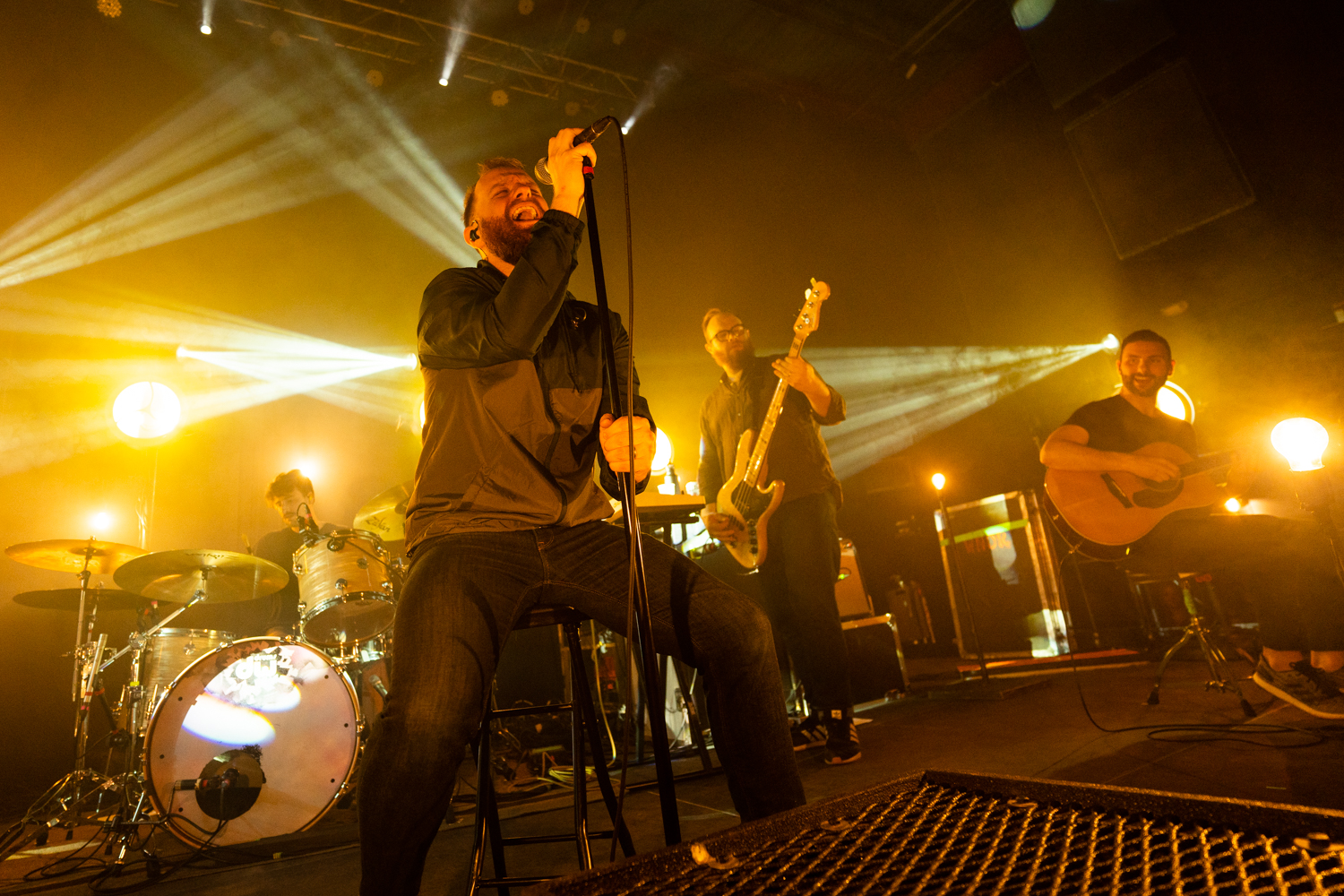 The rest of the evening flew by in a frenzy – and fans relished every moment of it. They sang themselves hoarse to favorites like “The Bastards, The Vultures, The Wolves,” “Cardinal” and “Cigarettes and Saints,” as they crowd surfed to the front of the venue and bounced off of each other in the mosh pit.

After nearly two full hours of performing, The Wonder Years closed the evening with one of their most iconic songs. Declaring they would not be performing an encore, Campbell encouraged fans to let it all out for the closer, “Came Out Swinging.”

Erupting into chaos, the Summit was full to the brim with the electrifying energy that can only be found at a punk show. The double set allowed The Wonder Years to give Denver the best versions of themselves, and we only love them more for it.

All photography by Daniel Amimoto. View the full gallery here.