The sidewalks filled as ticket holders made their way through Chopper Circle early Saturday morning toward the entry doors of the Pepsi Center. The sun was shining, the day was young and a gleeful positivity filled the air. It could have been something about the weather, or it could have had something to do with Oprah’s visit to the Mile High City. The actress, executive and talk show host made her ninth and final stop in her “2020 Vision Tour,” in Denver this weekend. 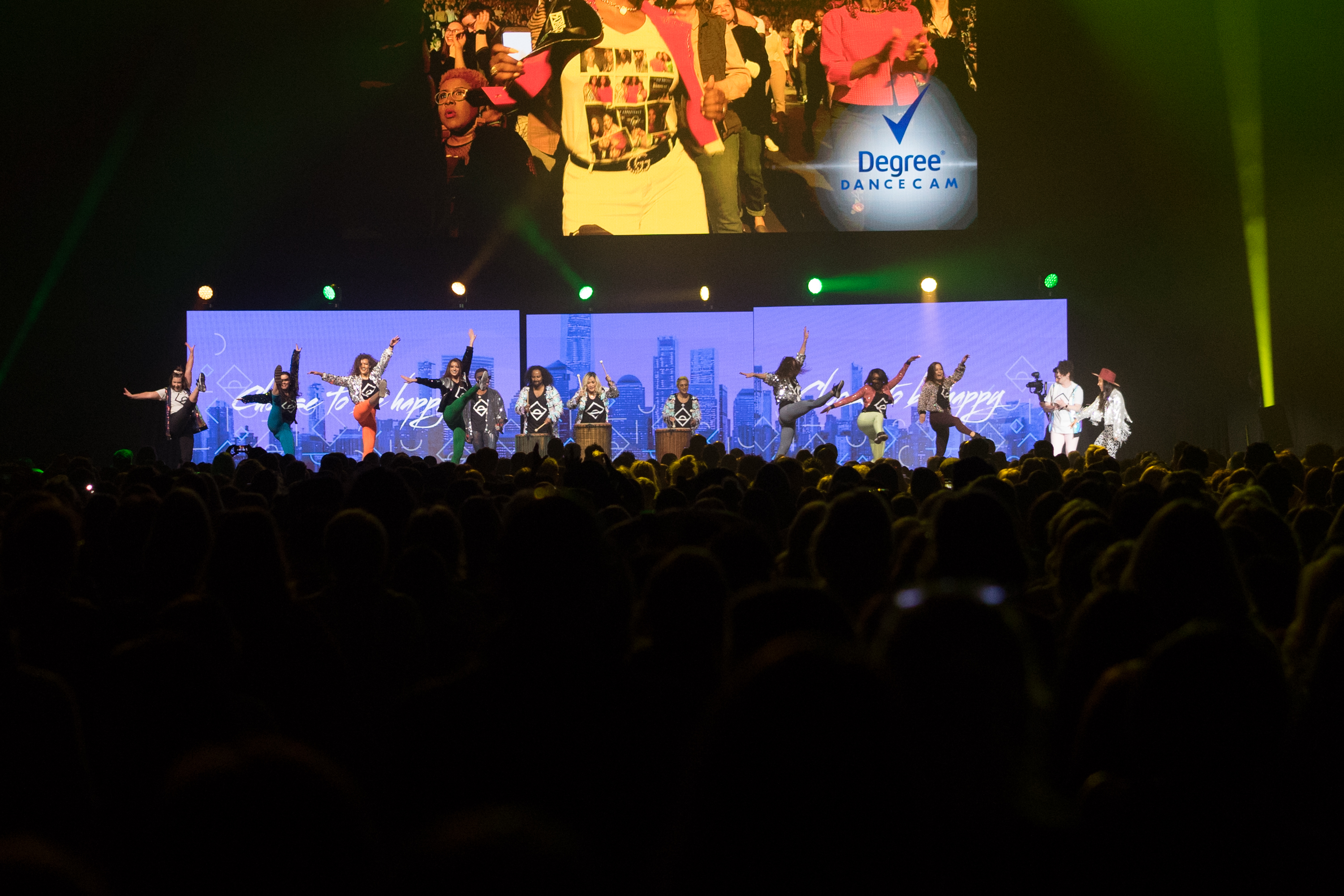 The tour — in collaboration with Weight Watchers — was all about promoting health and wellness with physicality and beyond. The seminar highlighted energy and the ability to drive self-improvement from the moment we plant our feet to the ground after sleeplessness to when we tuck ourselves back in after we’ve been worked stiff. It was a Saturday morning workday without the paycheck.  Instead of casual water cooler talk or caffeine complaints, the audience was delighted by the nine a.m. dance party, organized by Daybreaker – a “dance community that inspires humans by … waking up and dancing in iconic spaces … first thing in the morning.” Following their performance, Oprah took over onstage and welcomed her jubilant fans. “All my children are here,” she expressed when addressing her crowd.

From there, she got down to business and moved the audience to their paperwork — no files or memos, but an encouraging wellness workbook to track the mind, body and spiritual pursuits of each individual while discussing her own wellness journey. The workbooks provided simple insights to the ways in which we could manifest change in our habits. As always, her personality was magnetic as she made her rounds in the group, peeking over shoulders to catch a glimpse of her audience’s surveys. 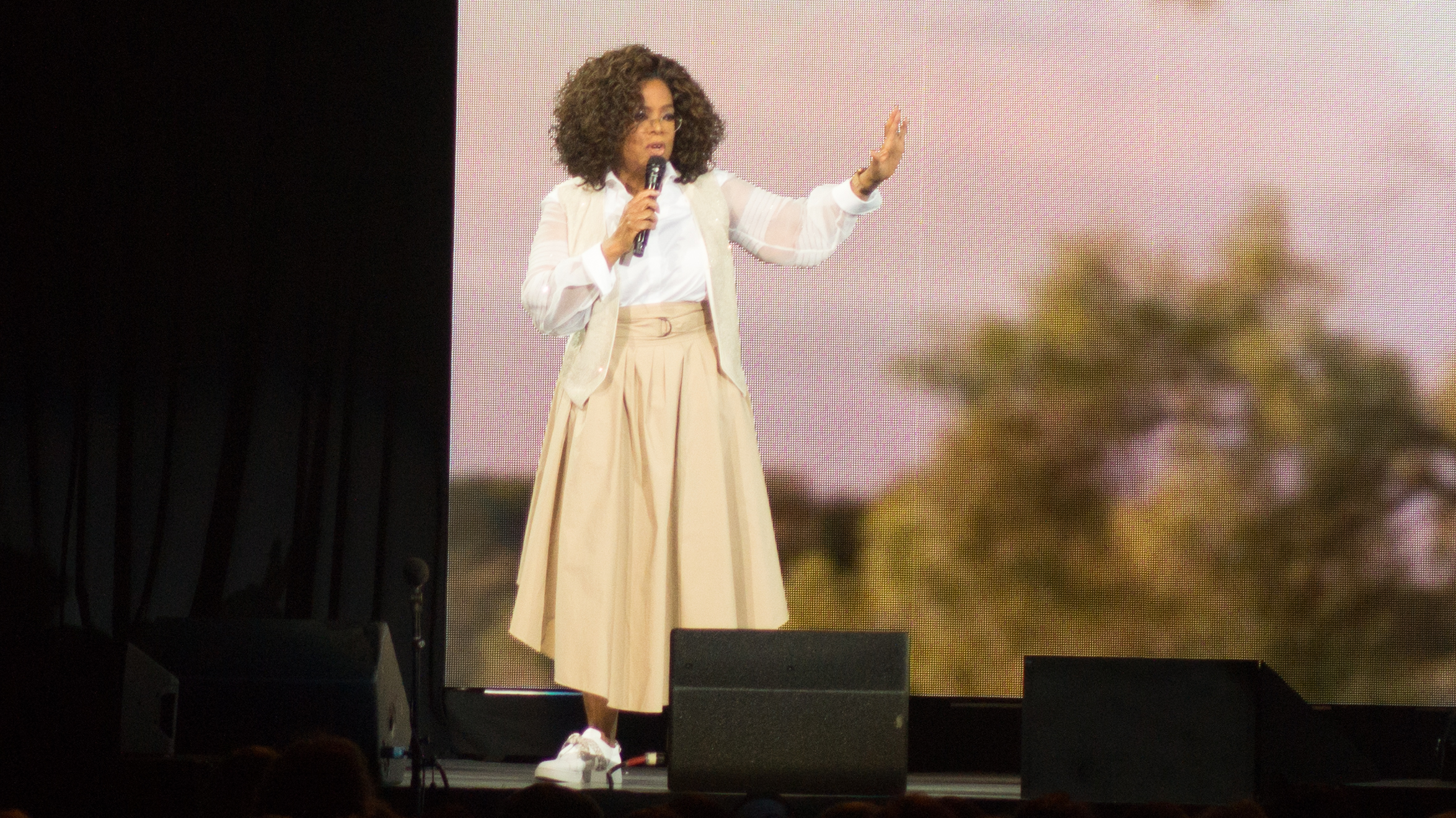 After taking long hard looks at our improvement goals, Oprah introduced Jesse Israel to lead The Big Quiet meditation session, aiming to rejuvenate and quiet the internal judgment that likely plagued the audience following the wellness survey. Once those uncertainties were calmed, a familiar, soothing voice took over the stage in the form of hip-hop musician, Common. The artist spoke about the communication and interpretation of love in his own life and captivated the audience with a spoken word piece that ended right before lunch – provided by Panera.

Following the break was her next guest, Julianne Hough, on behalf of KINRGY — the famous dancers’ newest endeavor that she aptly dubbs the “movement-experience.” The experience, that is defined as, “rooted in the latest science of dance, with aspects of yoga, Tai Chi and plyometrics,” was light and brief enough to avoid any unwanted upchuck. The 15-minute intro went in a flash to recapture the audience’s energy.

Oprah returned and it was back to business — self-improvement style — with President and CEO of Weight Watchers, Mindy Grossman making a small speech just before introducing committed Weight Watcher participant and ambassador, Cassidy Ceresa of Denver. After losing 29 pounds, Ceresa joined the company and has since used her personal accomplishments and dieting tips to inspire her social media following, under her Instagram handle CassidyEats. However prime an example Ceresa is, her time on stage was rather brief for being a representative, that is, in comparison to the other speakers and guests outside of the Weight Watchers program. 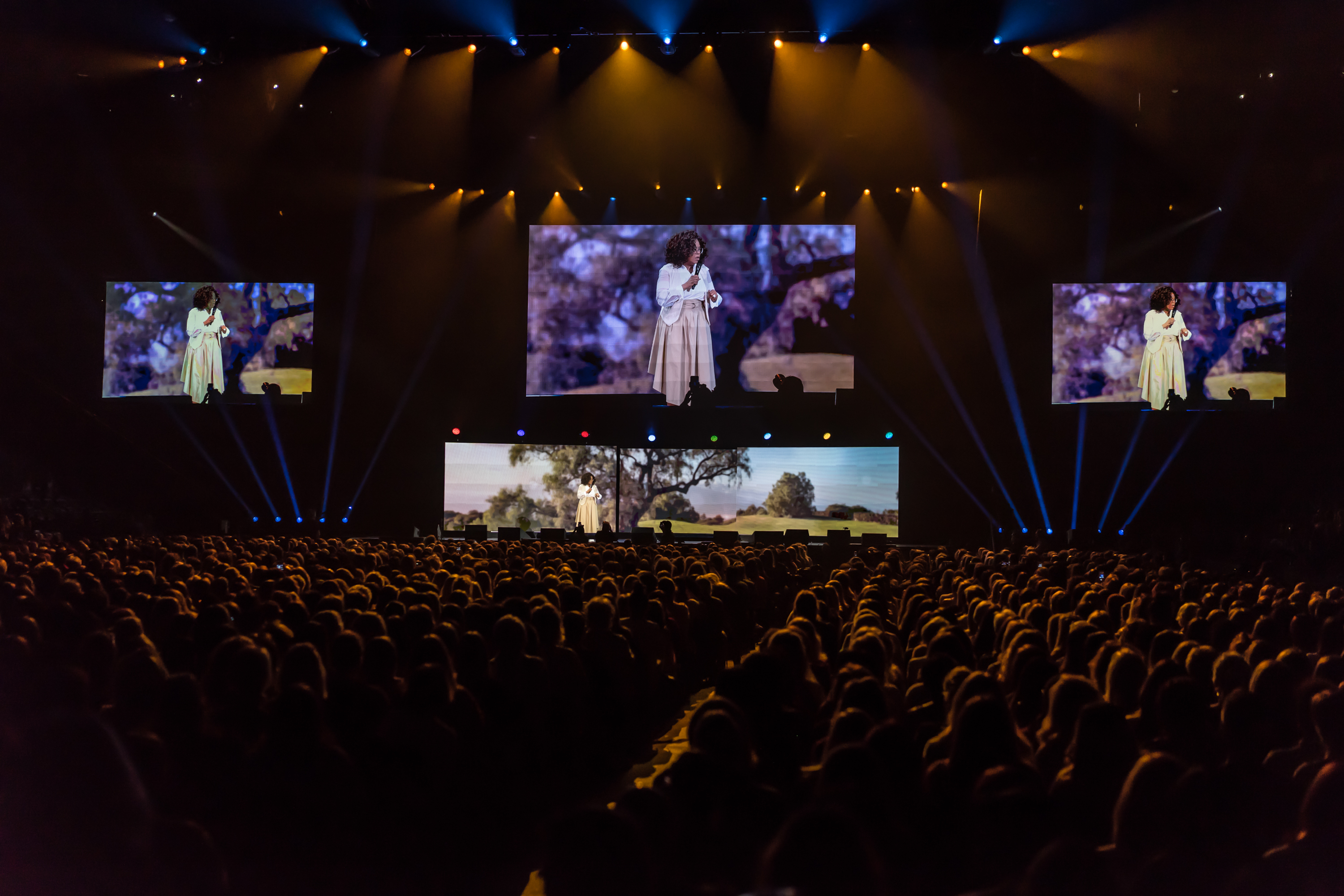 Her last guest and oldest of friends Gayle King rounded off the daylong event. Despite the span of their friendship, the two had never sat down with one another in the interview, talk-show host type of setting before this tour. This in no way took away from the discussion regarding their past and their appreciation of each other’s strengths. The laughter from the crowd was convincing enough to be labeled as stand-up following a few humor jabs exchanged that only the closest of friends could make of one another. It was the ideal guest to round out the highly intensive day-long experience. The duo showed us that change can only come with a willingness to accept each day as a gift and ultimately lessons to be learned in whatever situation the day throws our way.

During the six-and-a-half-hour event, the crowd stayed hunkered down in the arena without a complaint – but how could they? They were being fed and hosted by the ultimate queen of daytime talk (sorry, Ellen). Although no cars were given away, every guest was fortunate enough to walk away with their own wellness bag and Oprah-branded emotional revival tools.