Review – Railroad Earth Mixed It Up For Mission Debut

A handful of the bluegrass world’s heavy hitters — Leftover Salmon, Greensky Bluegrass, The Infamous Stringdusters — have already had their turn playing Denver’s newest music venue, and on Saturday night it was Railroad Earth’s turn to take over the Mission Ballroom stage. Their debut at the Mission was the last of five Colorado tour dates this week, following two nights at Aspen’s Belly Up and Frisco’s Ten Mile Music Hall. After four incredible shows that heated up those snowy mountain towns, New Jersey’s Railroad Earth made it down the hill to throw a bluegrass-style soiree, and served fans a once-in-a-lifetime performance. 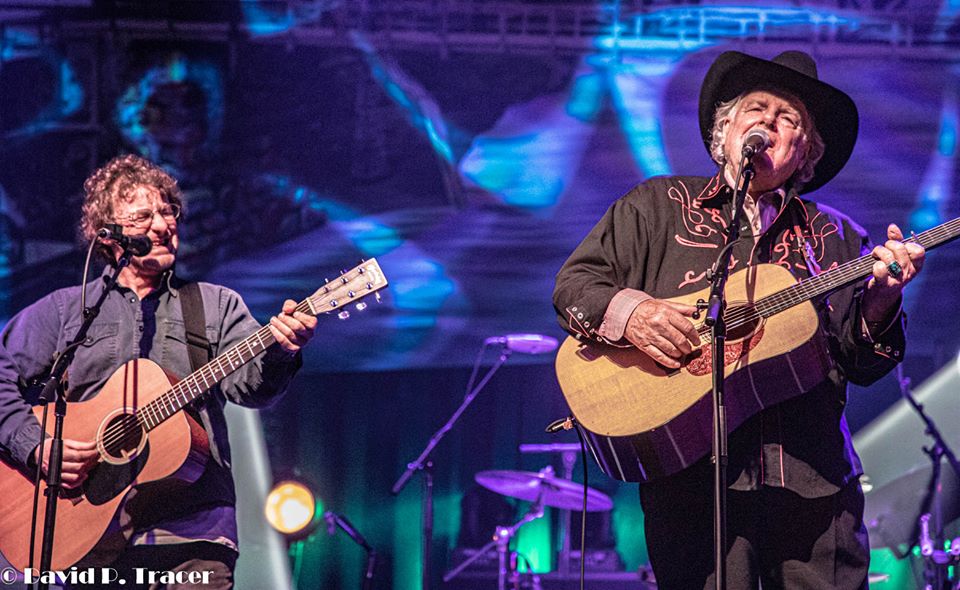 Saturday night’s show was unlike any other typical Railroad Earth show, with the entire first set being a tribute to Old & In the Way’s self-titled live album, originally recorded in 1973 and released in 1975. Sitting in for the entirety of the tribute was Old & In the Way co-founder Peter Rowan, who led Railroad Earth fearlessly through the album, from start to finish. An inspiration to so many musicians, members of Railroad Earth credited Rowan for his influence on modern-day bluegrass music and for incorporating the art of the “jam” into bluegrass, helping to create a whole new sub-genre of music that’s thriving today. 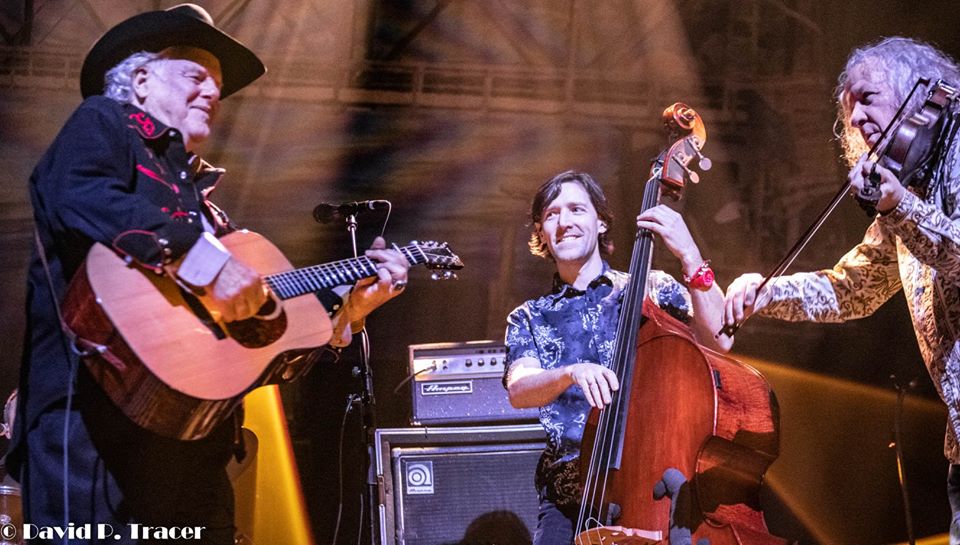 The Old & In the Way tribute kicked off with “Pig in a Pen” before moving into “Midnight Moonlight,” the folk classic that’s an extremely popular cover for jam bands and string bands alike. Title track “Old & In the Way” came before a slew of back-to-back highlights, including “The Hobo Song,” “Panama Red” and the Rolling Stones’ “Wild Horses.” The remainder of the set saw “Knockin’ On Your Door,” “Kissimme Kid” and “White Dove” before closing out with “Land of the Navajo” to a wild ovation from the crowd. As Rowan took his graceful leave from the stage for set break, the venue hit full capacity, and the show was officially sold out. 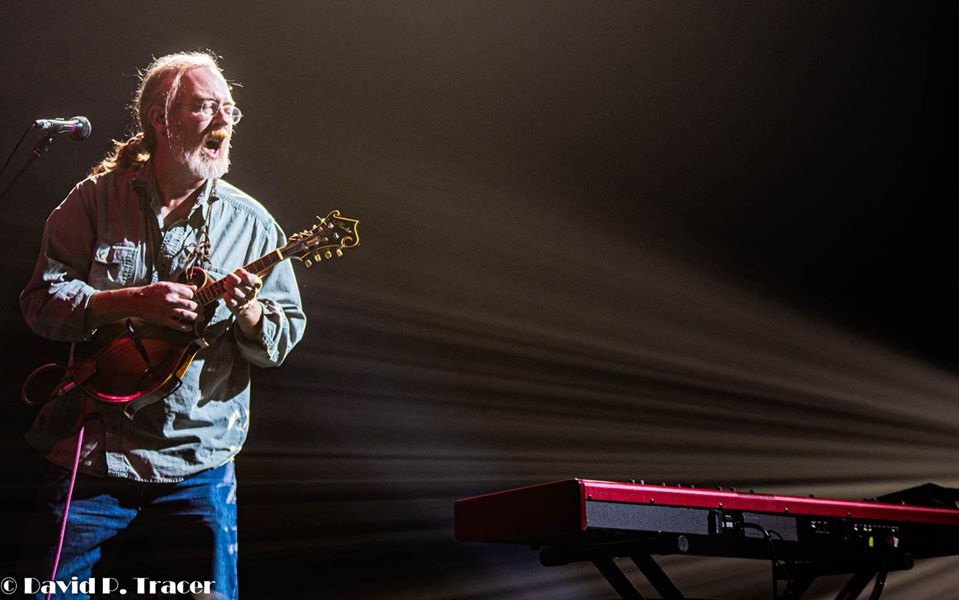 The second set was exclusively Railroad Earth in all their folk-americana-bluegrass glory, and they came out with guns blazing, ready to prove to us all why we had sold out the venue. They couldn’t have picked a better start to the second set, opening up with the aptly named “Mission Man.” Keeping with a theme of positivity, the band ran through “Happy Song” and “Peace on Earth” before upright bassist Andrew Altman got us grooving for “Walk Beside Me.” Rowan rejoined the seven-man band once more for a rendition of the traditional English folk song, “The Cuckoo,” a tune that Railroad Earth covers occasionally, with this occasion being more special than most. 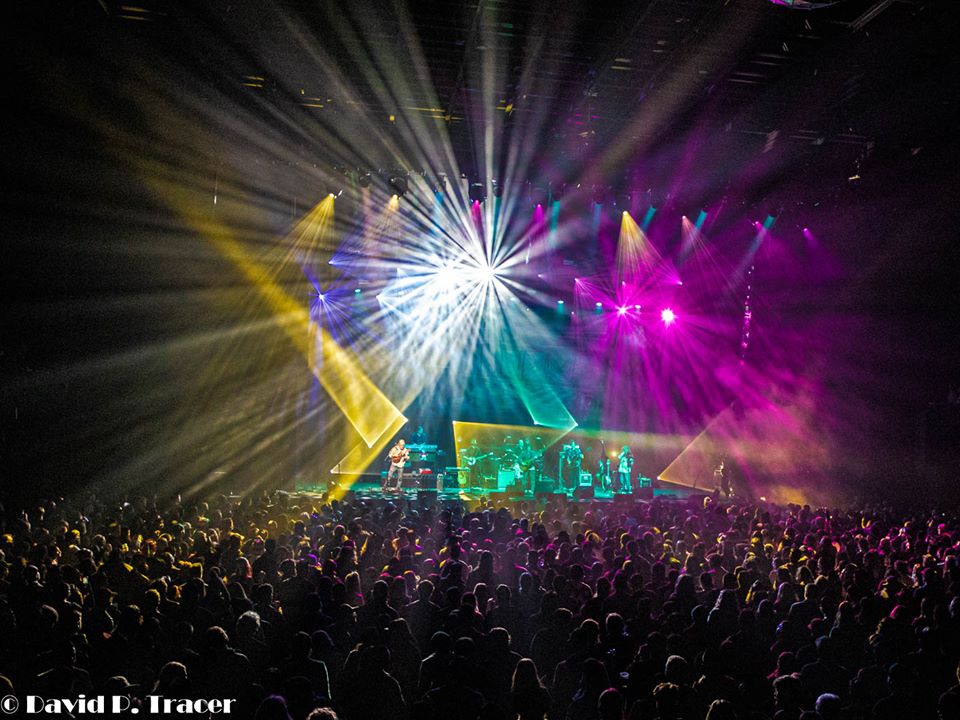 A “Colorado” inevitably came next, leading into an epic and jammed-out “Captain Nowhere.” Tim Carbone on the fiddle earned the spotlight during “The Forecast,” and the crowd got rowdy for fan favorite, “Mighty River.” All 4,000 audience members grinned ear-to-ear as they sang along to “Like A Buddha,” which came in between two of the band’s newly released singles, “Runnin’ Wild” and “The Great Divide.” A double-encore wrapped up the evening — First, we belted the lyrics alongside frontman Todd Sheaffer to “RV,” a fitting song about love and adventure. Then, a hush fell over as we hugged our neighbors and swayed to “Railroad Earth,” singing “oh, mama, ain’t it good to be alive.” And whether you’re seeing Railroad Earth for the first or the 50th time, it always is.