A comeback is a complicated thing. Caked on, a callus of perceptions, mistrust and drawn-out conclusions, a lapse of judgment can spell the end for anyone and trying to mend the wound is no task for the faint of heart. Many public figures find out the hard way — the court of public opinion is brutal, and rarely, if ever, forgiving. Cancel culture and moral absolutism many times strips away an individual’s ability to turn a situation around and reconcile legitimate mistakes. So, when Evan Hall, lead singer of New Jersey indie rock band Pinegrove, addressed an accusation of sexual coercion through an apology on social media in November of 2017, many assumed the band’s bright future had been diminished.

Through the touch and go of the almost two and a half years since the allegations, Pinegrove remains. Hitting the Gothic Theatre Sunday night, and a testament to the band’s honesty and the connection to their fans, Pinegrove showed what an apology looks like when you emphatically mean it. 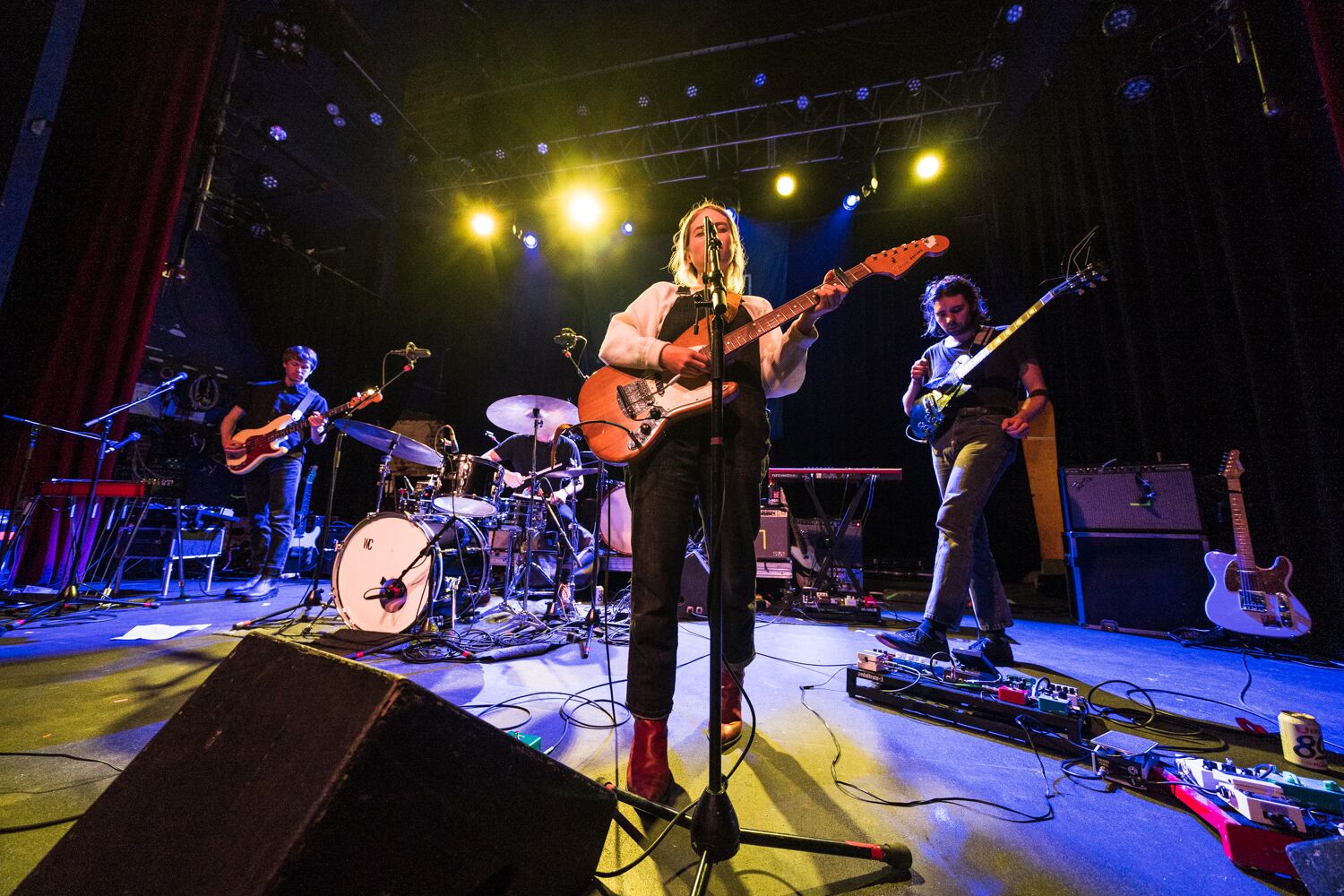 Opening the performance was Seattle-based indie up and comer, Whitney Ballen. Backed by her dynamic band, Ballen goaded the audience with her fragile voice, pushing her uniquely delicate whisper in and out, precipitating the anguished instrumentals. Anxious but steadfast, Ballen grappled with a self-employed tension that held everyone in her fleeting gaze. With her particular intimacy, Ballen was the type of performer who’d either thrive or fall depending on where the audience’s focus lied. Fortunately, however, the audience was tuned into her every word catching the rains of her Northwest melancholy. This was most powerful during her closer, in particular — a seething performance of the sweeping “Black Clouds” wherein she peered for a rare moment into the abyss of faces, submerged whatever tension remained, and let everything else fall away. 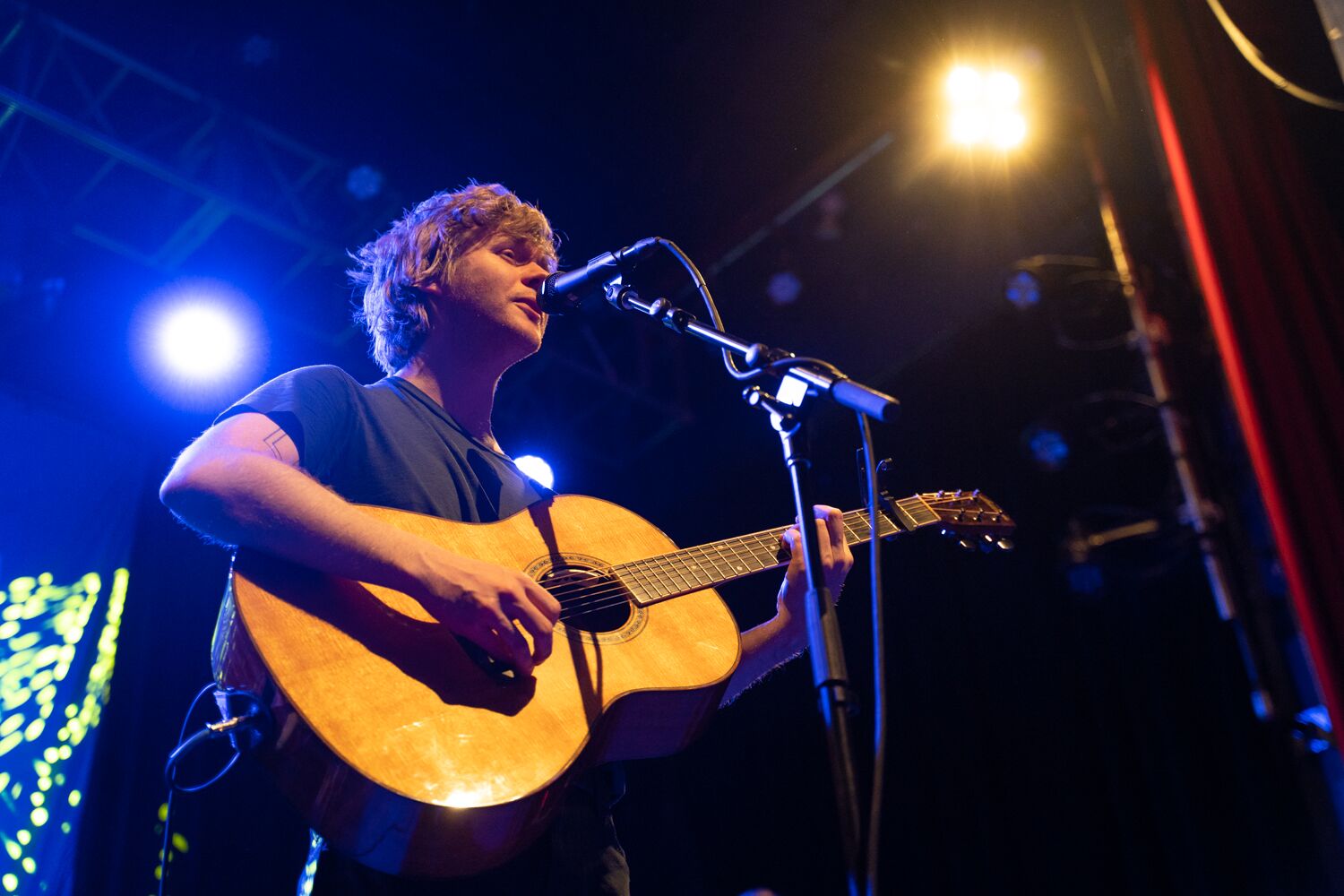 Pinegrove’s long-awaited return came shortly after Ballen’s gracious performance. Unassumingly assembling themselves upon the stage, and taking a moment to take in the cheers, Hall and the gang sunk into “Old Friends” — a nod as much to the changes Pinegrove had experienced on their hiatus as a friendly wave to the familiar voices singing back to them once again. Nothing short of a communal embrace welcomed them back, singing their songs and greeting their banter with a sea of ad-libs and off-hand adorations.

Pinegrove often exists as an extension of their fans with several degrees of inseparability that seem nearly life-defining. For the band’s legion of fans, indie-rock fanatics with backward snapbacks and denim thrift store finds, Hall’s ability to say just the right thing in just the right way on record has churned out a cult-like craving for the band’s output. Fans lined the block prior to the show, hit the merch booth and riffed on the arresting “Spiral,” as Pinegrove meant far more to them than the music they played, it was almost a soundtrack to their lives unfolding in moment and memories. With the past few years in the back of everyone’s minds, however, the Gothic also teemed with the air of redemption. 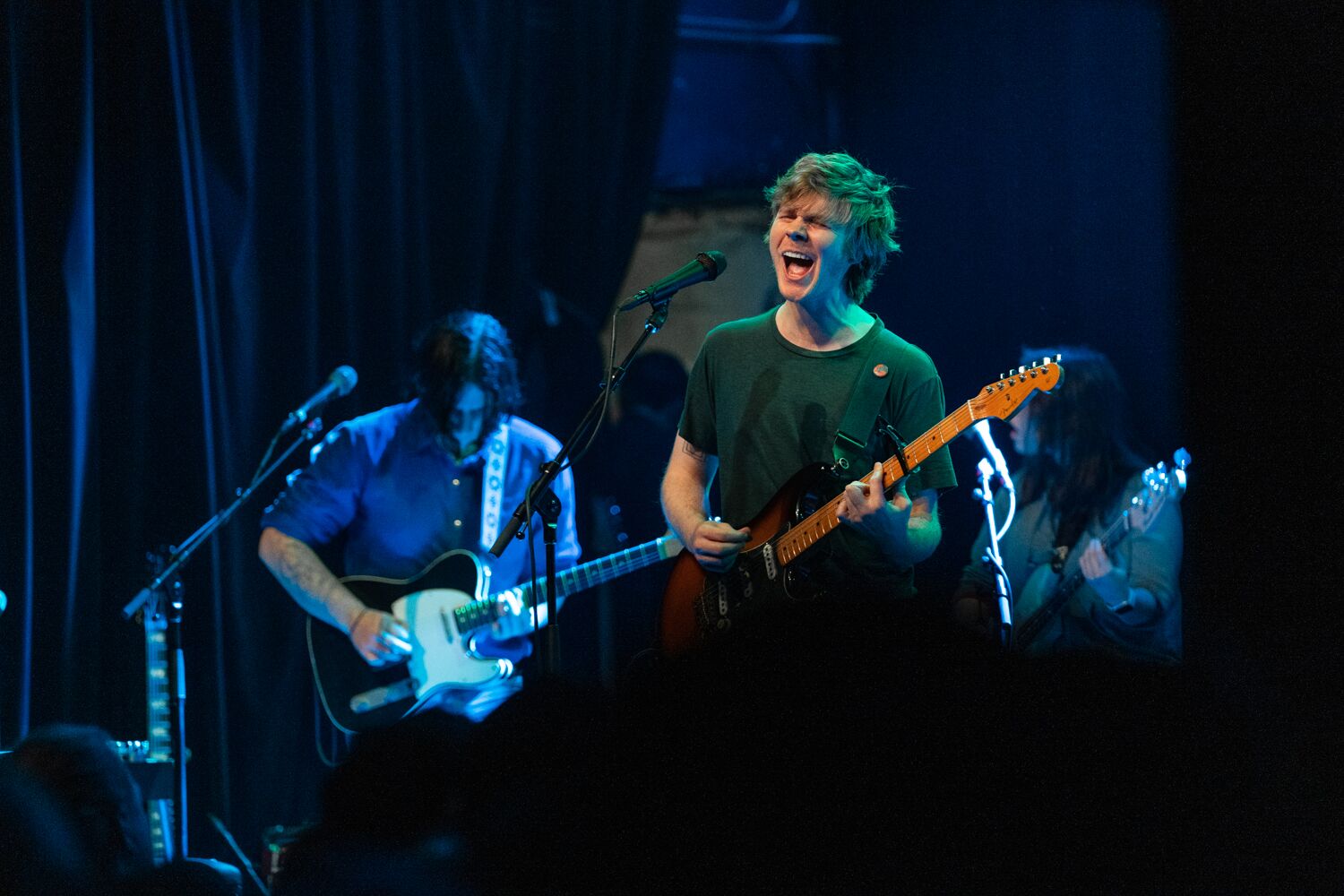 Whether by conscious choice or happenstance, many of Pinegrove’s songs, particularly the newer ones from this year’s Marigold and 2018’s Skylight, reflect upon life’s shortcomings. “Dotted Line” sparked with an underlying hope, “Neighbors,” an earnest declaration made more so by Hall’s convincing delivery, and even the swirling guitar work of “Aphasia” bristled with a resounding conviction. The set, a dismantling of the band’s career-spanning catalog, took that reflection and wrung out atonement and understanding.

With Hall’s lyrical honesty and the sheer belief of his adoring fans, the entire performance felt indebted to sharing forgiveness and crafting a musical conversation about how we treat each other better. For all intents and purposes, Pinegrove did that and then some, capturing a safe space of sorts to flesh out those complicated emotions one song at a time as only they could do.