Photo by Katie Puc and courtesy of Rebelles' Facebook

On March 15, 2019, Zoe Van De Voorde, known alternatively as the ukulele-playing, country-pop musician Eleanor Nash, was on a date at Lion’s Lair that “definitely wasn’t going anywhere.” Understandably, she was looking for a distraction amidst the sea of patrons, who were enjoying both the sound and spectacle of heavy alt-rock band, To Be Astronauts.

She didn’t have to search far. In the midst of the night’s programming, two women suddenly got up onstage and created a riot grrrl moment. Channeling the spirit of Kathleen Hanna of Bikini Kill, who shouted, “Girls to the front!” during their shows in the early ’90s, they called on all of the women in Lion’s Lair to come up to the forefront of the establishment and dance.

Van De Voorde was one of the few who did. “Lion’s Lair sort of has a reputation for being dive-y and pretty male-dominated,” she reflected. “To see these two women just get up on stage and make a space for women was very empowering.” 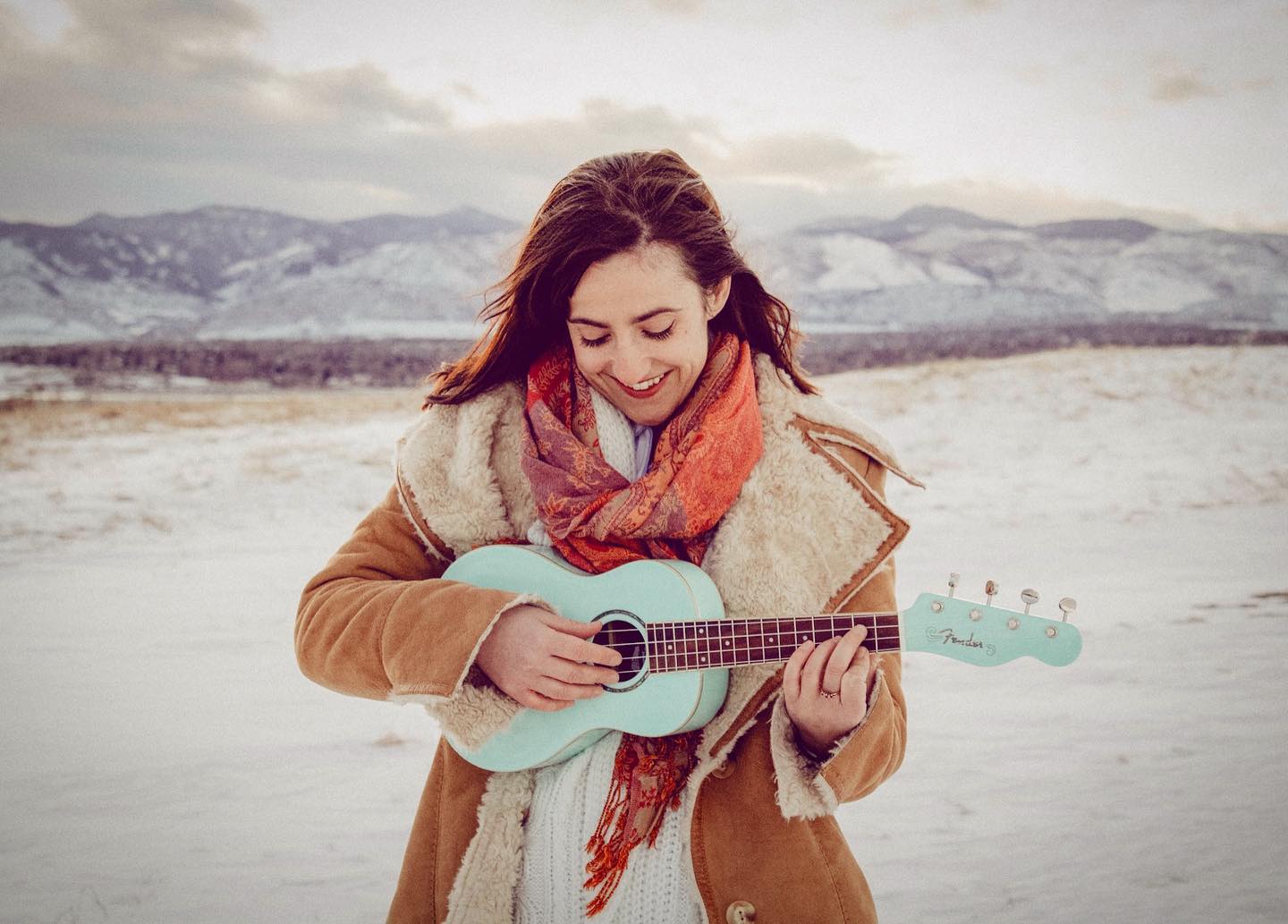 Unbeknownst at the time to Van De Voorde, the two riot grrrls were Rachel Ellis and Brittany Wright, who make up the local singer-songwriter duo, Girlfriend Cult. The demonstration on March 15 was their latest in a series of initiatives to make women feel safe and welcome within the local music scene. Months before, on December 7, 2018, they celebrated Wright’s birthday by hosting a showcase for female-identifying musicians at the (now-closed) Denver Bicycle Café. Many of those who claimed the stage that night had shied away from open-mic nights and bar gigs in the past. Others had struggled to identify themselves as a musician, despite their history of making and working with music.

Wright and Ellis created an environment for these women to take a chance on themselves. One of the evening’s performers was Teresa Suydam, who was a backup singer at the time and never had the chance to share her original music. She performed songs she wrote for the first time that night, and her first single as a solo artist released just last week. A local DJ by the name of Emily Cooper, who more than once mentioned to Ellis and Wright her dream of becoming a lead singer someday, also got up on stage and sang by herself. Today, she’s the lead singer of the electro-fusion band Future Joy. 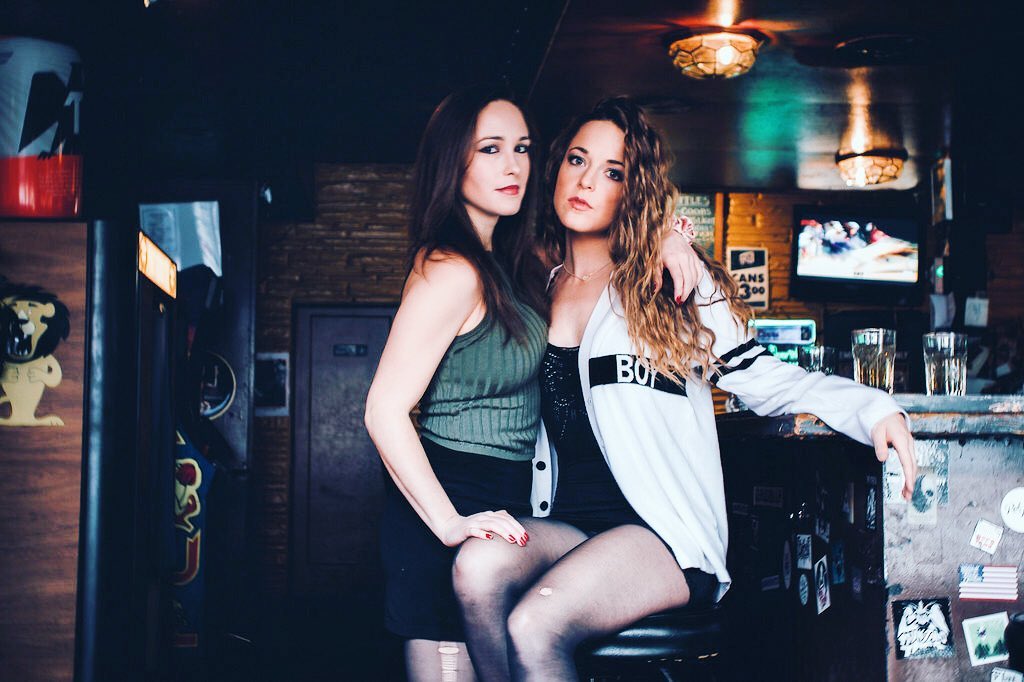 Photo by Katie Puc and courtesy of Girlfriend Cult’s Facebook

After March’s riot grrrl moment, a friendship between Zoe Van De Voorde and the members of Girlfriend Cult bloomed naturally. They bonded over their shared observations about the rarity of women musicians performing at Denver’s bar gigs and open mic nights, and how hard it is to find music industry professionals to network with that are women.

“I’ve gone to open mics where I’m the only woman there — the only woman in the building, even — and it’s not necessarily the most comfortable situation I’ve ever been in. You don’t want to be the only woman at a basement bar at midnight, where everyone’s drinking,” said Van De Voorde. Making music is an intimate and soul-bearing endeavor, and in those environments, she found it difficult to expose her vulnerable, creative side. “I’ve felt myself adopt a tough attitude in the bar scene, but I don’t want to have to throw up that wall to feel like I can be in that space,” she explained.

Their itch to enact social change intensified with the passage of time. “We finally got to a point when we were like, ‘Let’s just do this.’” Van De Voorde said. “We are the women who can change the music scene, and we will.” 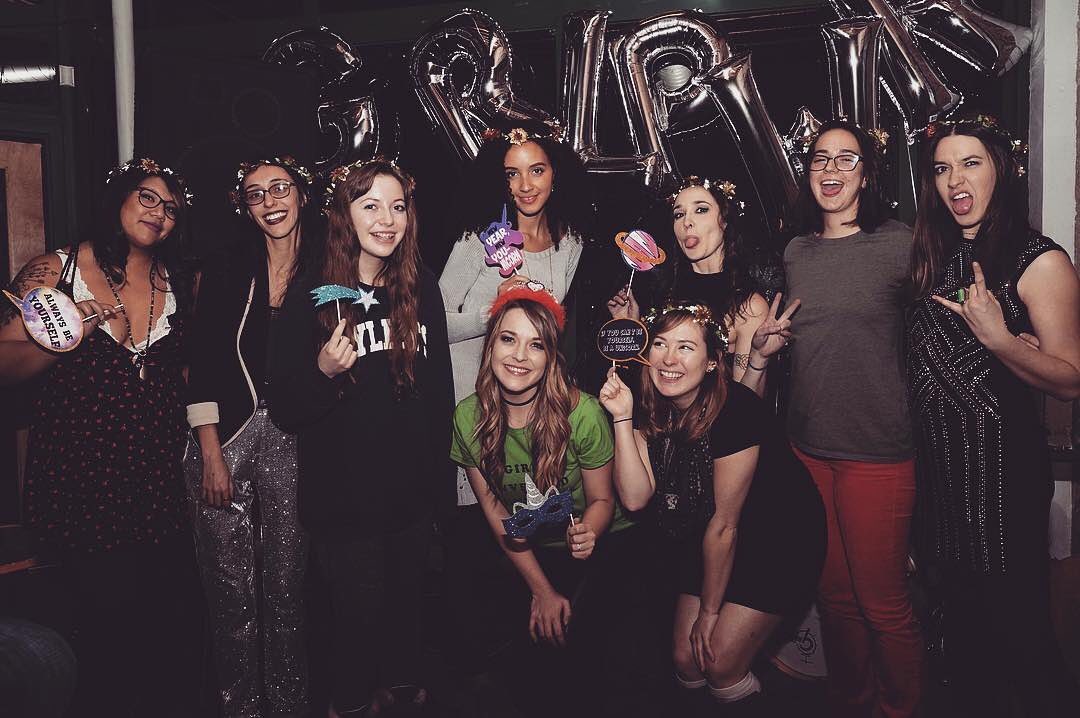 Their ambition led to the founding of Rebelles, the official name of Ellis, Van de Voorde and Wright’s organization. By putting on events, Rebelles aims to support and celebrate women’s involvement within Denver’s musical landscape. The impact of Wright’s 2018 birthday bash, which they consider the prototypical Rebelles event, evinces quite substantially their knack for encouraging women “to take control of their music careers and really put themselves out there more,” as Wright phrased it.

The first official Rebelles Night will occur this Friday, February 21 at 8:30 p.m. at Lion’s Lair. The evening will present three local musical acts. Girlfriend Cult will kick off the tunes at 9 p.m., and Eleanor Nash and her backing band, The Ramblers, will perform at 10 p.m. Taking the stage at 11 p.m. will be The Patient Zeros, who performed alongside To Be Astronauts on that fated night in March of last year. It seems Ellis and Wright inspired more people than just Van De Voorde at that show.

This Rebelles Night also features a silent auction that spotlights the work of seven local artists. Their preferred mediums vary from painting to woodworking, to jewelry-making, to graffiti, to photography and on.

100% of the proceeds of the event, including the $10 entry fee and silent auction sales, go to The Blue Bench, Denver’s comprehensive sexual assault prevention and support center. Since its opening 1983, their no to low-cost services — which include a 24-hour hotline, education and prevention programs, therapy and case management — have helped more than 450,000 individuals.

If the Rebelles reach their fundraising goal, The Blue Bench will place a bench in Denver. The bench will signify to survivors of attempted or completed sexual assault in Colorado — which is one in every three women and one every in six men — that their neighbors will acknowledge, sit with, and protect them. On the event’s GoFundMe page, Rebelles’ founders wrote, “When you see your blue bench in the neighborhood, we want it to serve as a marker that in your community, survivors are believed and supported.” 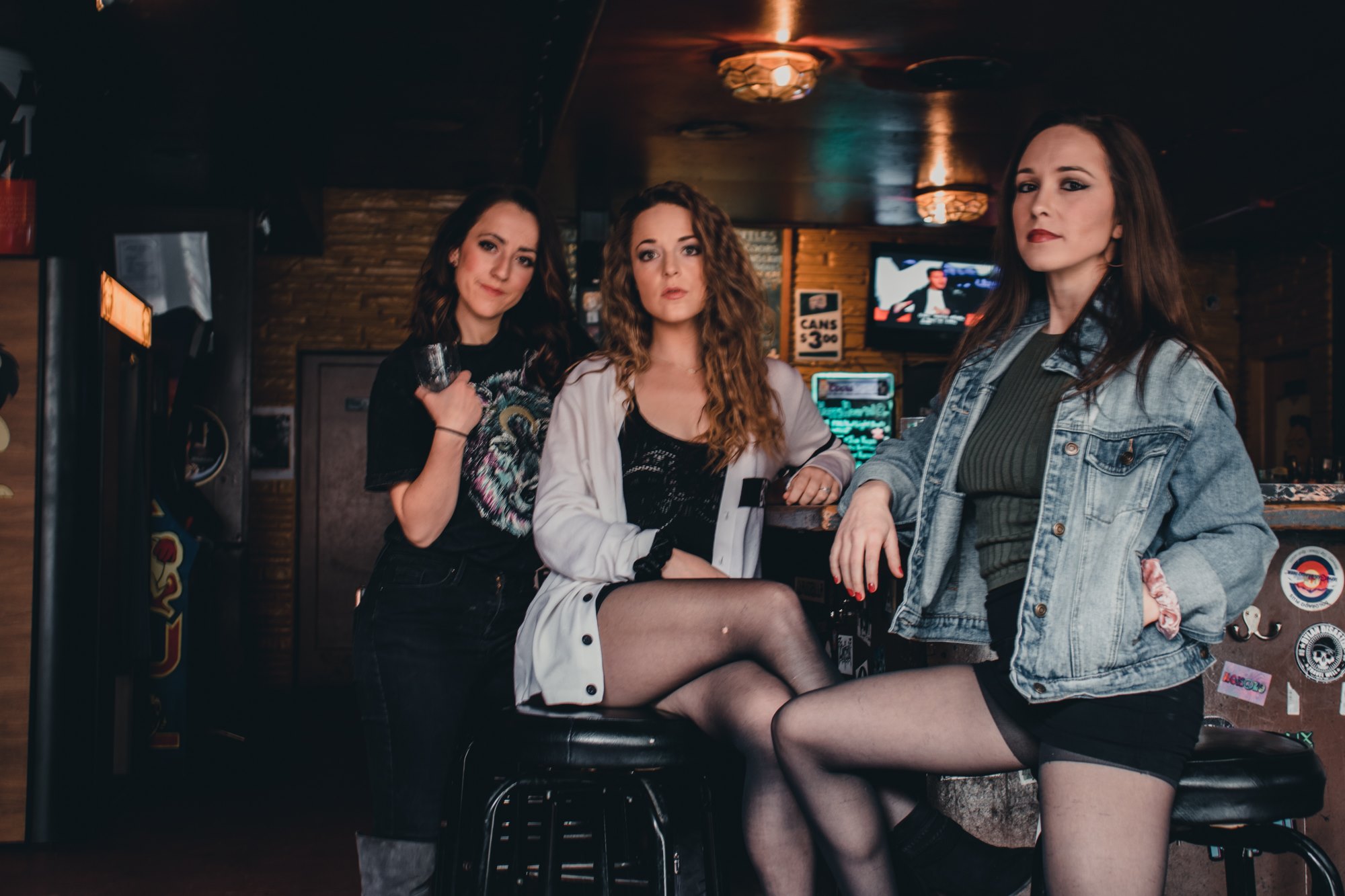 Photo by Katie Puc and courtesy of Rebelles’ Facebook

For this event, said Ellis, they “focused on what they could speak to, and unfortunately, we were directly affected by sexual assault, so this is a response to something personal. I was always taught to write what you know.”

In this way, the first Rebelles Night is about amplifying their voices (quite literally, since they’ll sing) and their lived experience. But the larger mission of Rebelles isn’t about them, they said, and they don’t want it to be. “We kind of had to rely on ourselves as the musicians we could count for this first night,” ruminated Van De Voorde, “but I don’t see that happening for the next one.”

With their premiere official event almost under their belt, the founders are busy brainstorming goals for future Rebelles ventures. One of their objectives is to have more inclusive and intersectional events. “We’re working on meeting and involving more artists from diverse backgrounds,” said Wright. Ellis emphasized the importance of asking themselves, “Who in our community needs to be heard that is not being heard? Who needs a platform?”

As an organization, Rebelles aims to be dynamic, meaning that they’ll adjust the style and intention of forthcoming functions to match the real-time needs of the Denver music community. Each event will be a response to the questions Ellis proposed, and to the trends they see happening.

Since they want to steep Rebelles Nights in intention, they’re averse to the idea of arbitrarily putting on events every three months or so, which explains their hesitancy to declare a set schedule. Still, they’re clear about wanting to put on events as often as they can.

Each of the founders noted how pleased they were to see men in the community respect and appreciate the space Rebelles holds for women artists and gave Tony Meggitt and the rest of the Lion’s Lair staff a shout out for their gung-ho involvement in this project. “To see them, a bar on Colfax, be like, ‘Hell yeah, we support women and want to see that change happen,’ that was really cool,” said Van De Voorde.

The Rebelles want to coax and spread that attitude within the Denver music scene like wildfire because they believe it warms people across all gender identities.

“Every single person on this earth has qualities that our culture polarizes as male or female. But we can all be assertive and we can all be compassionate; we can all be providers and we can all be nurturers. That doesn’t have to be aligned with a gender. And I would really like to be part of a scene where everyone can embrace all sides of themselves, and be proud of that, too,” said Wright.

Tickets for Rebelles Night on February 21 at Lion’ Lair will be sold at the door. You can also purchase them in advance by Venmo-ing $10 to Zoe Van De Voorde (@zoe-catherine) who will put you on the guest list. Be sure to check out Rebelles on Facebook and Instagram.