All photography by Josie Russell

Rocking Bandanas and Eating Bananas with A-Mac & The Height

Do you remember being a kid and mixing all of the paint colors together, only to discover with disappointment that you created an indeterminate (and rather ugly) swampish shade? The lesson here is that overly ambitious artistic blending can sometimes resemble rubbish. Unlike most of us back in art class, however, the local band A-Mac & The Height has mastered the craft of dabbling in different elements. Their musical mélange surveys the ample territories of reggae, alt-rock, funk and hip-hop without dallying too long in any one of them. Operating swiftly and tirelessly, they play within a certain style for only minutes — sometimes seconds — at a time before smoothly transitioning into a new kind of groove. The result is a sound that’s always fresh, yet never muddled.

A-Mac & The Height’s current roster features Stephen “Eski” Edwards on bass, Karl Rivers on keys, Joey Bean on sax and vocals, John Sayers on lead guitar, Jake Setters on drums and, of course, Alex “A-Mac” Mackenzie-Low on lead vocals and acoustic guitar. Its members have played major roles in the local scene for many years — A-Mac organizes the city’s Spread The Word Music Festival, for starters — and together they’re piquing people’s ears like never before. They unveiled three singles in 2019 and two so far in 2020 to popular acclaim. “Hammer Drop,” which premiered last month, is their most commercially successful song to date, having racked up five times as many Spotify streams as any of the tracks off their 2017 album, Part of It All. 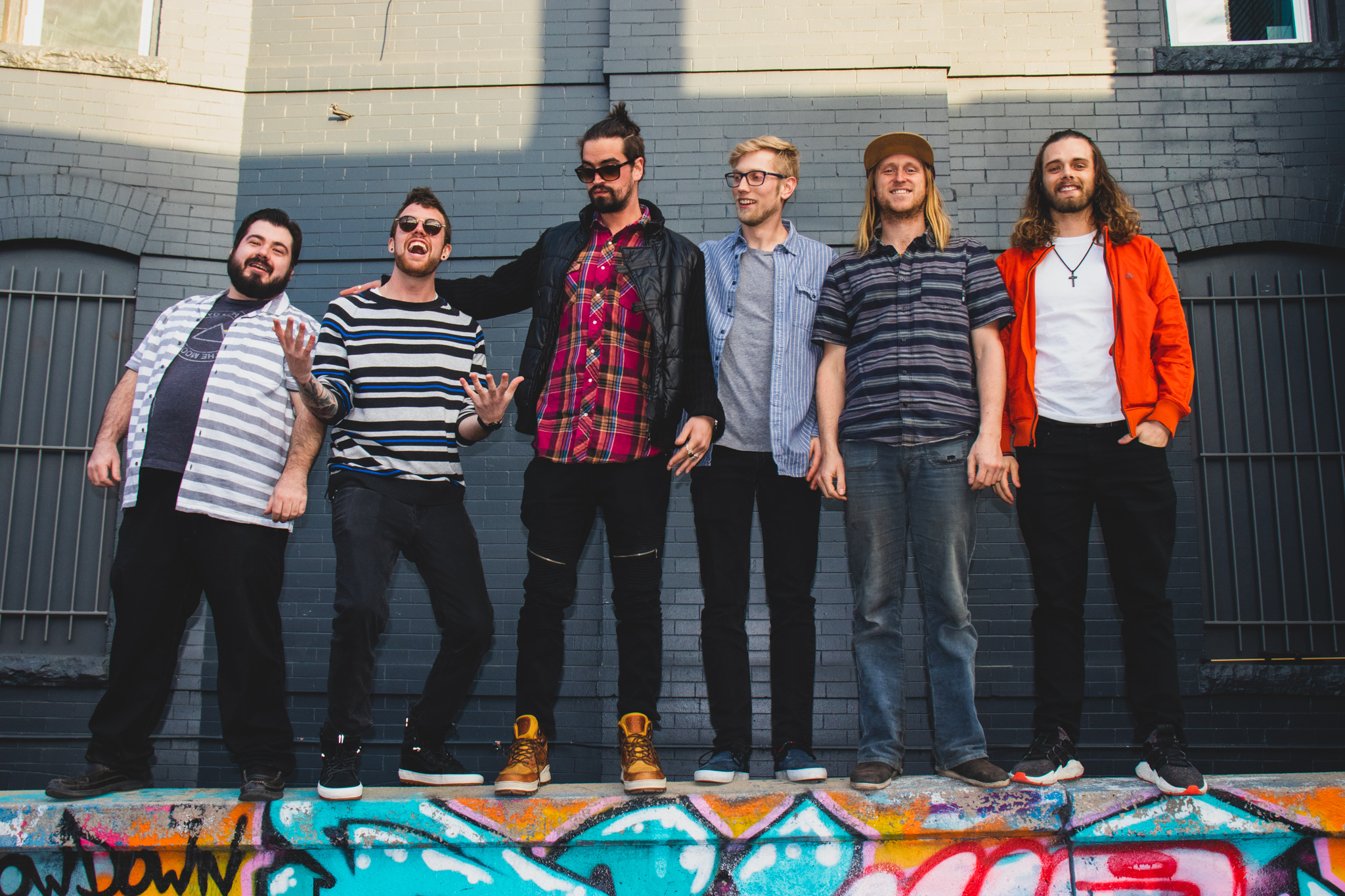 On February 6, they’ll co-headline the Bluebird Theater with the Bob Marley tribute band, Wake Up & Live, for a night celebrating what would have been Marley’s 75th birthday. The show also functions as A-Mac & The Height’s Finally Woke EP release party and the kickoff of their Northwest tour.

303 Magazine was fortunate enough to catch a conversation with the band right in the midst of all this buzz.

303 Magazine: You mentioned that the band used to be called A-Mac DZ, but you rebranded because “it wasn’t working” for you. Why didn’t A-Mac DZ work? What changed when you became A-Mac & The Height?

Alex Mackenzie-Low: It doesn’t have any imagery or make you feel anything. A-Mac DZ — like, what is that? But The Height kind of describes our music because it’s uplifting and kind of energetic.

303: What do you attribute the band’s current success to?

AM-L: A widespread musical background, and a lot of different interests. We all have certain styles of choice. I love reggae. Karl — not so into reggae. [All laugh.] You’ll never catch him at his house listening to reggae. That doesn’t happen.

JSa: He’s not bumping to any Steel Pulse or anything.

KR: It shows that we have different musical interests when we play together, but it melds pretty well because we all have good ears and can vibe with each other, no matter which style of music we’re playing at the moment. We’re pretty versatile. Everybody in the band plays multiple instruments, too. I play all of ’em.

AM-L: Yeah, that helps us collaborate. We can tell each other, “Oh, I got an idea for the bass line,” or, “What if you did this on drums?” We’re all hearing several parts in our head. 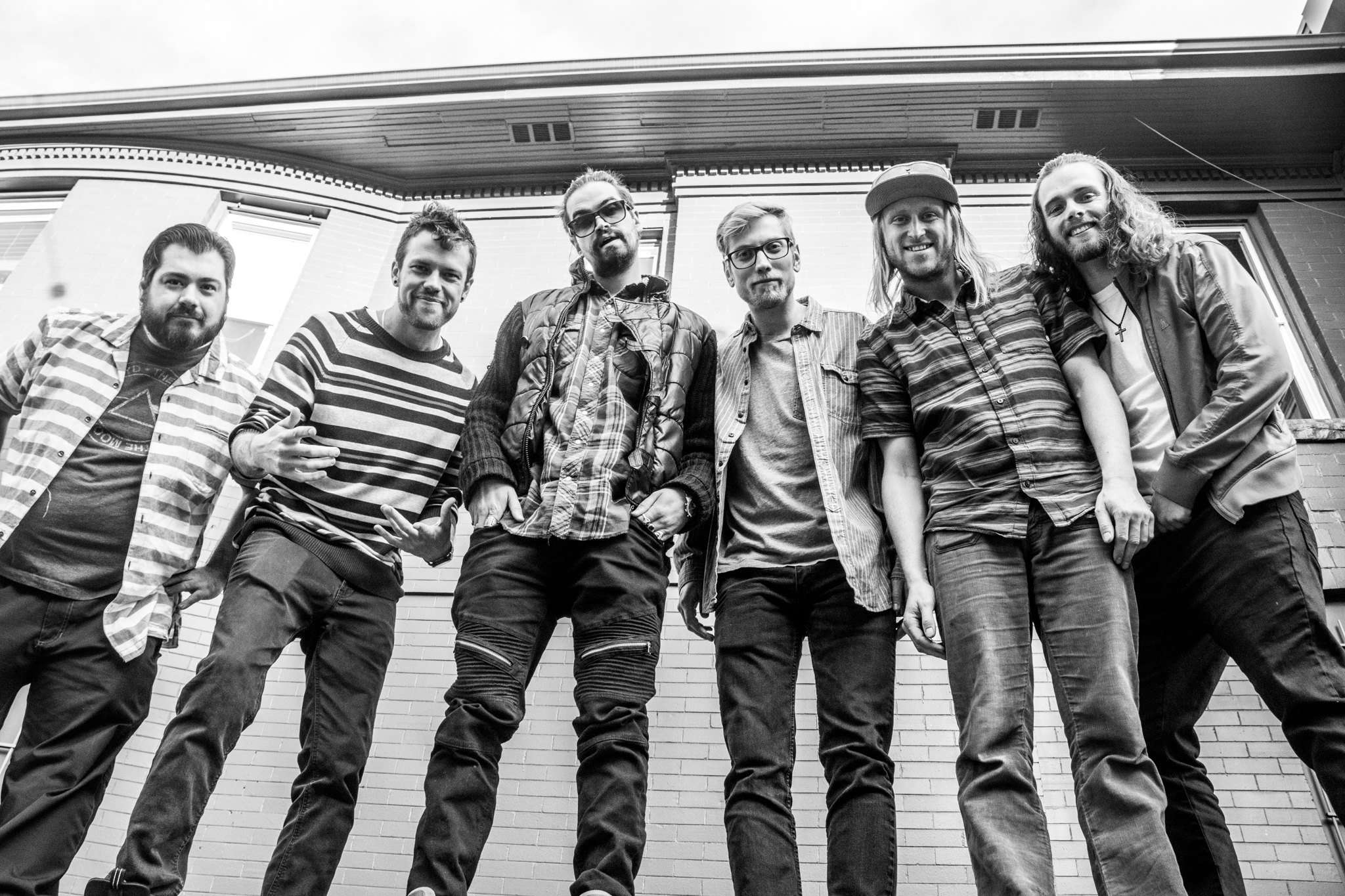 303: Can you guys walk me through your recent singles? I’d love to hear what each of you have to say about them. Let’s start with “Finally Woke.”

AM-L: We were trying to simplify the music a little bit. Don’t need to play with time signatures or awkward stops, or anything like that. Just make a smooth, clean reggae-rock song. At least that’s what I was thinking about with it.

JSa: I like the different melodies that kind of weave in and out of each other.

Stephen Edwards: Alright, spit it out, get on to the guitar solo.

SE: We’d never heard that guitar solo before going in to record the song, because when we’re playing live, I just always make the sound engineer turn Sayers’ guitar down in my monitor, so I don’t have to listen to it. [All laugh.] Just joking. But I remember when we played it back in the studio, and none of us were expecting a guitar solo in that one section. It all took us a second because it was new — we were like, “Wait, what’s going on here?” But now we all love it and crank it up. It’s like, the highlight of the song.

JSa: That solo seems like the chaotic dream sequence right before you finally wake up. That’s kind of how I saw it in my mind.

303: Which of the releases stands out to each of you, personally?

AM-L: I’m going to have to say “Fear Not of the Vulture,” just because it’s our most reggae track. I also wrote it in Jamaica, and it’s just tuff.

SE: I was pretty stoked on “Where I’m At” because it was the most collaborative effort that I’ve done with Alex to this point, in terms of the writing process. It’s exciting and rewarding to see this band continue to grow and trust each other more.

KR: I agree on “Where I’m At,” too. I’m a big funk music type of dude when it comes to the keys. That song really let me play in between pockets with the clavinet. I just have a lot of fun being in syncopation. I love that kind of style.

AM-L: I think that one’s got the most elements of the different styles we’re going for. It’s got rock, funk, hip-hop.

JSe: I think “Hammer Drop” is probably my favorite. What really capped it off was the funny part in the reggae section. When Eski was trackin’ vocals, he had a part where the lyrics were, “Work hard, try and drop the hammer, these people get caught up in the fame and glamour,” but instead we changed it to something about how our lead singer “rocks bandanas and eats bananas.” I don’t know why we all came to the conclusion that it was amazing, but we did somehow, so now it’s in the record, too.

KR: We all kind of troll each other a lot. At least I do. 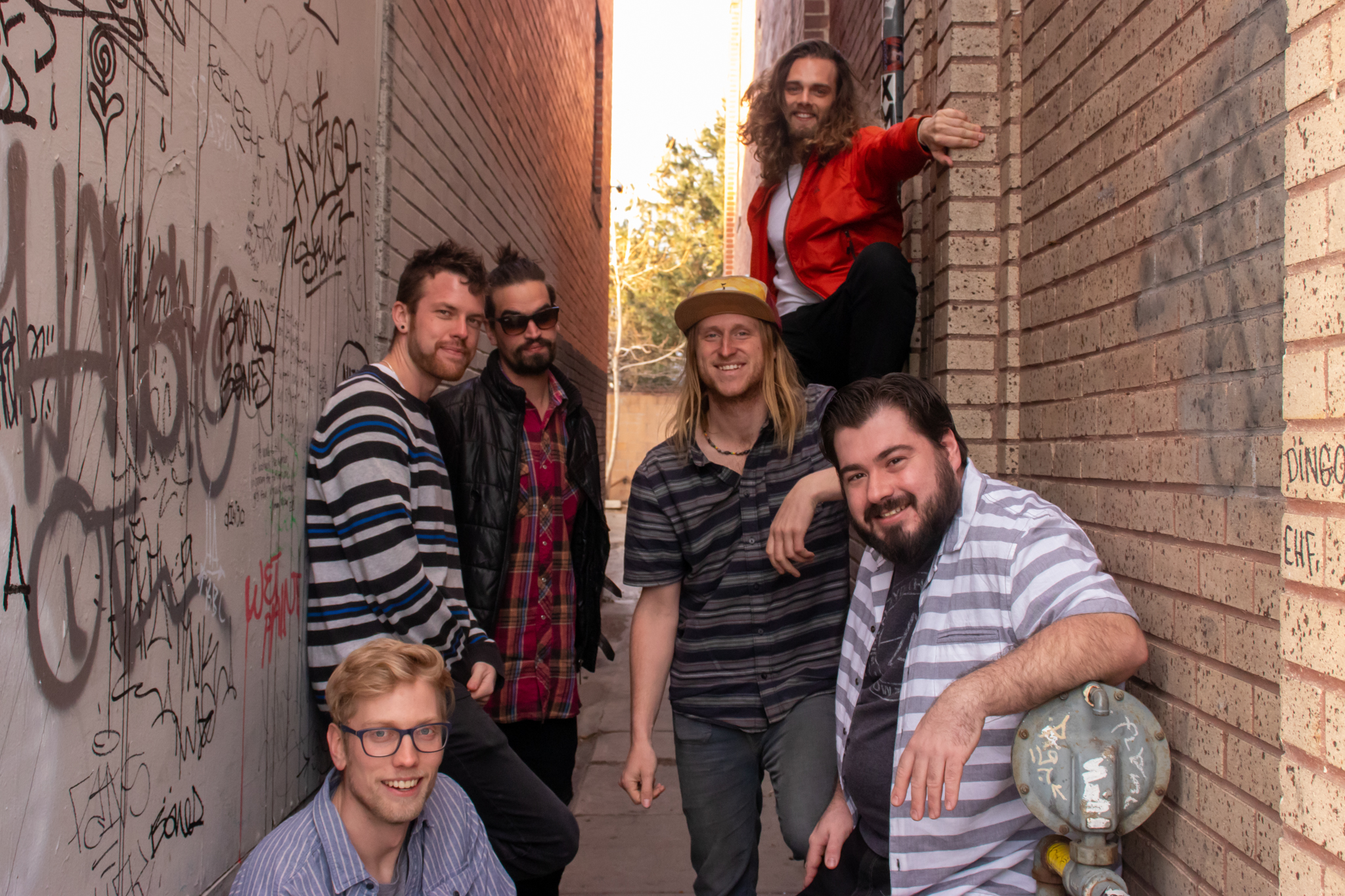 303: In addition to naming the new EP Finally Woke, A-Mac & The Height markets itself as being “fueled by conscious thinking.” What does that mean to you guys?

JSe: Being aware of social injustice and seeing how we can be better people within our current culture.

KR: Sending it to the universe, for me. We’re all on this spherical terrarium together, and we’ve got to consciously work collectively as people if we want to really live. Otherwise, what are we doing here, you know?

AM-L: I think it’s about aspiring to be the best person you can be and to be positive in light of negative situations. Aspiring to help others out and think outside the box. Being present is a big part of it, too. Not getting numb from social media.

SE: I feel like people in the music industry get so caught up in the partying, especially in these circles. But it’s nice to have a little more substance to it than that, you know?

JSe: I saw that a lot in music scenes growing up — people just going for drugs, and that culture, as opposed to music culture. We try to incorporate people who just want to show up for the music. I feel like that brings a better crowd, too.

JSa: But, you know, if you got a doobie, you should spark it.

SE: It’s about having a good time and coming together, whatever that means for you.

Don’t miss A-Mac & The Height’s CD release party and tour kickoff at the Bluebird Theater on February 6. Also on the bill are Wake Up & Live and Red Sage. Get your tickets here.

This interview has been condensed and edited for clarity.