Enter the fray — the pulsating bass and kick drum thump reverberating down the sidewalk curves beneath a rapidly coalescing crowd’s feet like sine waves beneath the cement. Welton Street hums with chain smokers volleying around a precious single lighter, while those in a seemingly neverending line take a second-hand hit and banter step by step in a patient procession into Cervantes Masterpiece Ballroom.  A few sly wisps of smoke catch a ride inside but dissipate in the musk of alcohol and body heat. A select few people latch onto the walls, magnetized against brick and painted plaster content with a couple of head nods and minimal exposure. Others careened immediately toward the bar — to raise their drinks just high enough to catch each brilliant beam reflecting off the massive overhead disco ball. Others, merging into whatever space remained, took up residence, dancing in near darkness, as none other the James Murphy crafted the first truly great dance party of 2020. 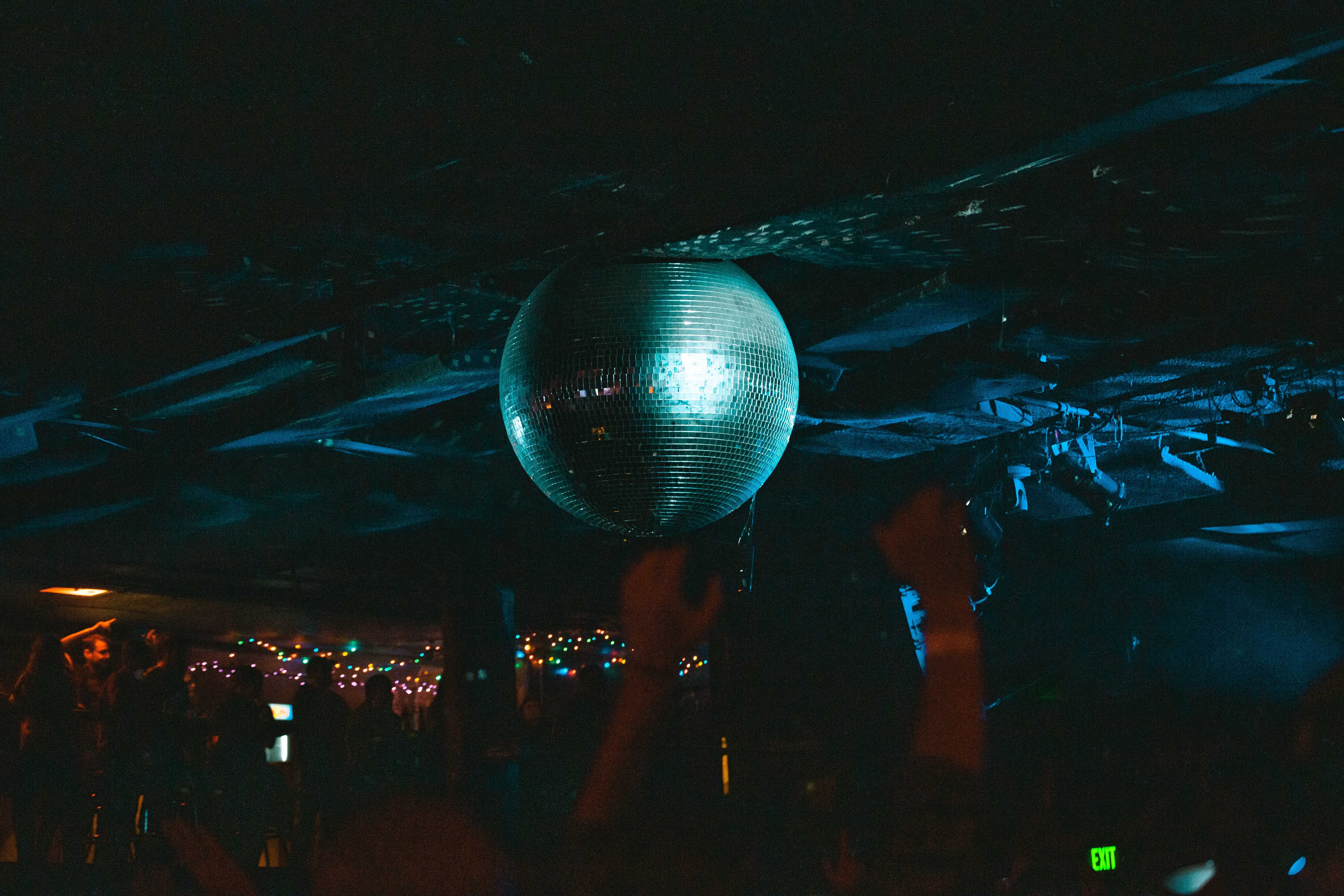 People danced along the balconies, beneath Chrismas lights and red-lit corridors. Entrails of movement, from the chains of people contorting their way through the crowd, expanded and constricted — the lungs of the dancefloor breathing in and out. Disco and funk, the staple of the DFA founder and LCD Soundsystem lead singer, laid the groundwork for the crowd’s feet to knead the floor. The lights were sparse, not so much as a spotlight for our dancefloor crusader, nor a mic to encumber the set with introductions and stage banter. Less of a spectacle, and even less of a performance, Murphy had a one-track mind to take Denver to the club, and that he did.

Acid house and disco oldies converged in one accord, and the pot of Cervantes was kept on a steady simmer percolating and bubbling up. It was a vibe. Murphy’s Law, what? They’d clearly never met the James Murphy, because everything that could go right did, and proceeded to do so again and again. His eclectic mix of music takes the bulk of the responsibility, an unpredictable volley, darting from the  obscure African soukous of Tabu Le Rochereau’s “Hafi Deo” to Love Committee’s funk-fueled “Just As Long As I Got You.” It was a crate-digging vinyl obsessives’ dream. While the cuts were deep, that didn’t mean Murphy strayed from the familiar either. One of the nights’ peak moments came when Murphy dropped The Clash’s inescapable “Train In Vain,” making for the night’s rare but certainly well-earned sing-alongs. 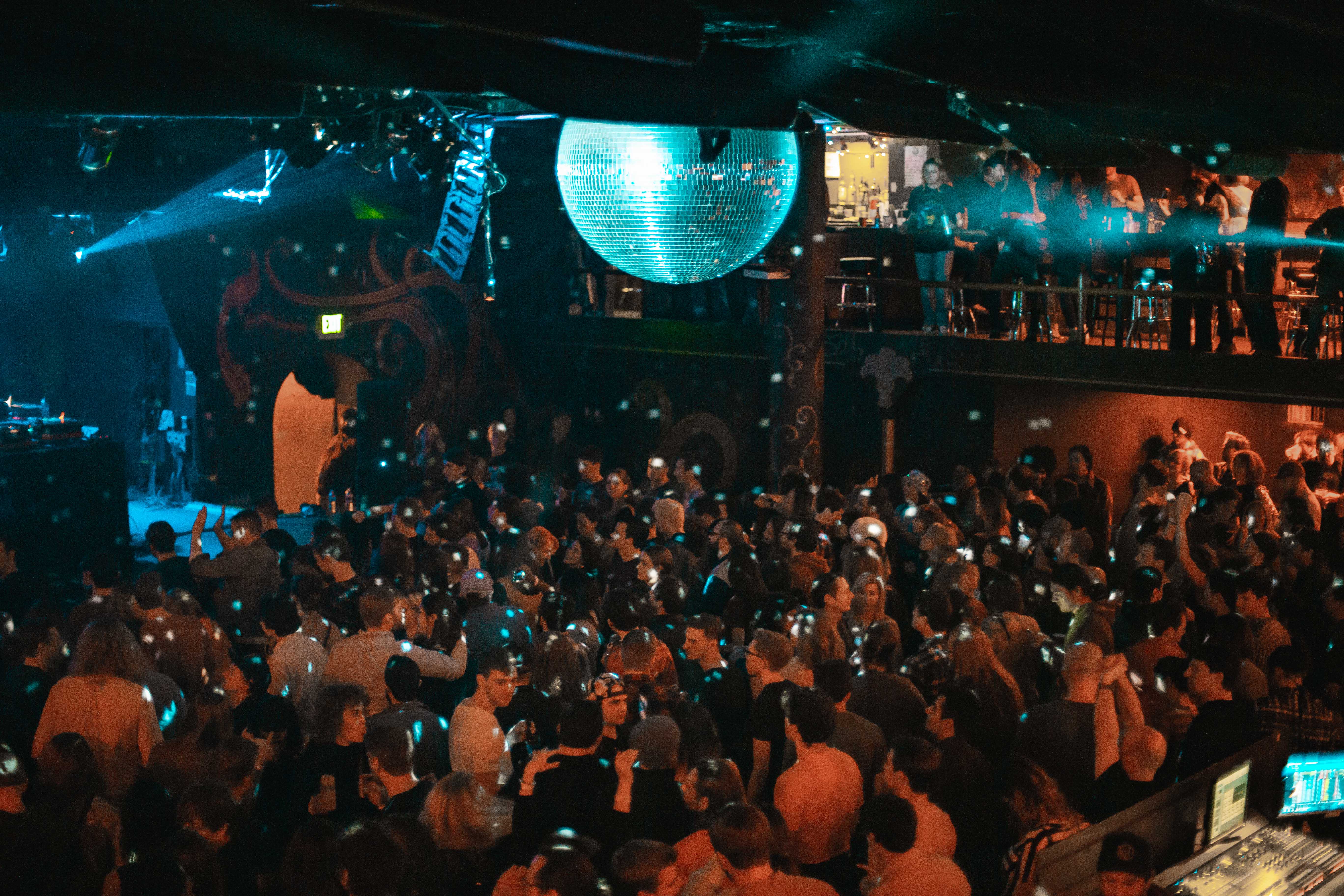 For his part, Murphy, ruling over Cervantes’ decks almost seemed immune to the fanfare and to the degree in which he entrenched his audience. Only stopping every once and a while to drink from a glass of wine or to shuffle through his crate of vinyl, Murphy was stone-faced, letting the music do the talking. Taking all ego and personage away from the pulpit of his propulsion,  Murphy took Cervantes to a place where feeling the music and dancing was the only concern. And, for that moment in time, nothing else mattered — not the plastic cups crumbling beneath out heels, not the stretch of Welton street rumbling with cars, not even the fact that it was Murphy in the flesh, “live for one night only” — nothing. For Murphy and his audience, the music was all that and then some — it was everything.