All Photos Courtesy of Milquetoast and Co. on Facebook

Milquetoast and Co. Have Found A Home In Denver

Much to the disdain of many of the state’s natives, Colorado is full of transplants. However, for better or worse, quite a few of those transplants are here to stay – and honestly, who could blame them? While we could do without things like the increase in traffic on I-25 and the rise in rent prices across town, there’s no denying that many of the individuals who have chosen to make Denver their home are full of talent, and the founding member of Milquetoast and Co. are no exception.

Originally based in Boston, James McAndrew found himself down on his luck and moved to Denver in pursuit of a job with a media company. While the media company gig never quite worked out the way McAndrew planned, he found something much more valuable in the relationship that bloomed with the woman who had originally planned to hire him. “Life kind of changed immediately,” said McAndrew in an interview with 303 Magazine. “I didn’t have much going on in Boston at that point in my life. So, I came out here and the rest was history.”

Even more than a blossoming relationship, McAndrew found that he now possessed a support system – one that pushed him back towards his musical endeavors. However, more compelling than being prompted by a loved one, McAndrew decided he would pursue Milquetoast and Co. after a conversation with a close friend that ended all too soon.

“There was a very good friend that I made while I was out here and he was kind of starting to get on me about either doing something with the media company – whether it was something humorous like film shorts or just doing something with that – or pursuing Milquetoast and Co. He was going to end up playing bass and I was still kind of on the fence. And then he passed away weeks after this conversation. So, that was kinda it.”

So, McAndrew dusted off his piano – and all of his other instruments – and found a few other members to join the band. While they’ve only released one EP so far, they have plenty of plans for the future and are excited to be part of the local music scene. “The community of artists out here, even with transplants which a ton of people are, is, incredible,” said McAndrew. “But this city is a lot different than an East Coast city like Boston or New York, which are the coldest music cities there are. It’s [Denver] not cold. It’s not super cliquey like most East Coast cities are. People are interested in playing good music and listening and supporting other artists, so it’s a lot different than I’m used to”

However, despite his positive outlook, it’s easy to see how the emotional events that led to getting the band together shaped the tone of Milquetoast and Co.’s most recent EP, Kashmir the Great.

Named after the dog of the friend who passed away, Milquetoast and Co.’s latest release feels jazzy and deeply personal. Though the EP consists of only five songs and clocks in at just over 15 minutes, it’s full of emotion. Flowing easily from one song to the next, it’s almost impossible not to get sucked into the moment as you listen.

The most personal song on the EP, according to McAndrew, is “Tell Me More.” The final song on the record, “Tell Me More” invokes feelings of desperation and sorrow, drawing heavily on McAndrew’s life experience. “It’s absolutely about an estranged relationship that I had at one point in my life with all of my family,” said McAndrew. “The emotional piece for me, without sounding too damn 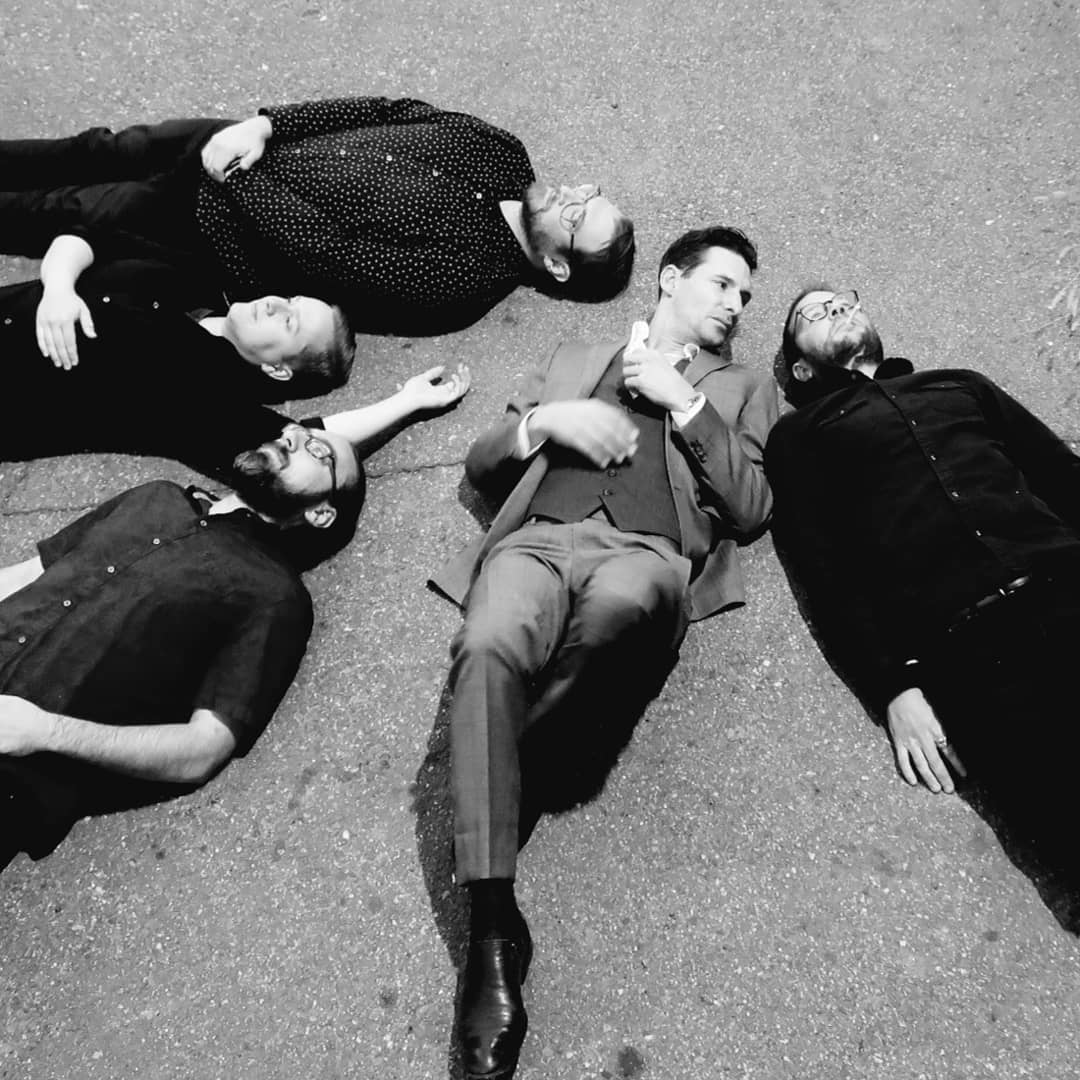 dramatic, is usually the journey of writing that particular song. So by the time you record it and you’ve rehearsed it, you aren’t really emotionally tethered to it. That one, took me several times to get through the vocals at the end.”

While the lows in life might provide inspiration for the best music, life’s highs provide the best stories. And, as is the case, the universe finds ways to support the endeavors that are best suited for you in surprising ways – which is exactly what happened for Milquetoast and Co. During McAndrews hiatus from the project, Milquetoast and Co. proved to be thriving. More specifically, one song, “Pause and Rewind,” was garnering thousands of views on YouTube while the band was all but abandoned.

Coming as a surprise to everyone, “Pause and Rewind” had found a captive audience in the most unlikely place – adult films. Even more surprising was the fact that McAndrew had unknowingly predicted the fate of his own band.

Clearly, the music of Milquetoast and Co. shows up in surprising places. However, no matter how the fans found the music, they’re here to stay. While many Denver natives bemoan the transplants who fill the city and local music scene, it’s almost impossible to deny that they make the city more interesting – especially with bands like Milquetoast and Co. making their mark on The Mile High City.

Milquetoast and Co. will perform at Lost Lake on January 25. Tickets are available here.