In December, Denver-based producer Yugs released his debut album, a self-titled release of experimental lo-fi LP, yugs. According to the artist, yugs is an audiovisual project that consists of nine songs and 10 album covers, each song with its own individual album cover. Combining engaging beat-work with field recordings from nature and voice memos including some from local artists Ely and Roo, Yugs aims to create an organic, personal and unique sound within the lo-fi genre.

The album begins with the colorful song, “Bath.” A quirky synth plays a melody that balances playfulness with a hint of melancholy, while a scattered beat clicks underneath. Samples of a sitar enter, with one sample plucking out a counter-melody and the other strumming along, adding texture to the song. The song ends by peeling back each musical layer in the same order they were introduced. 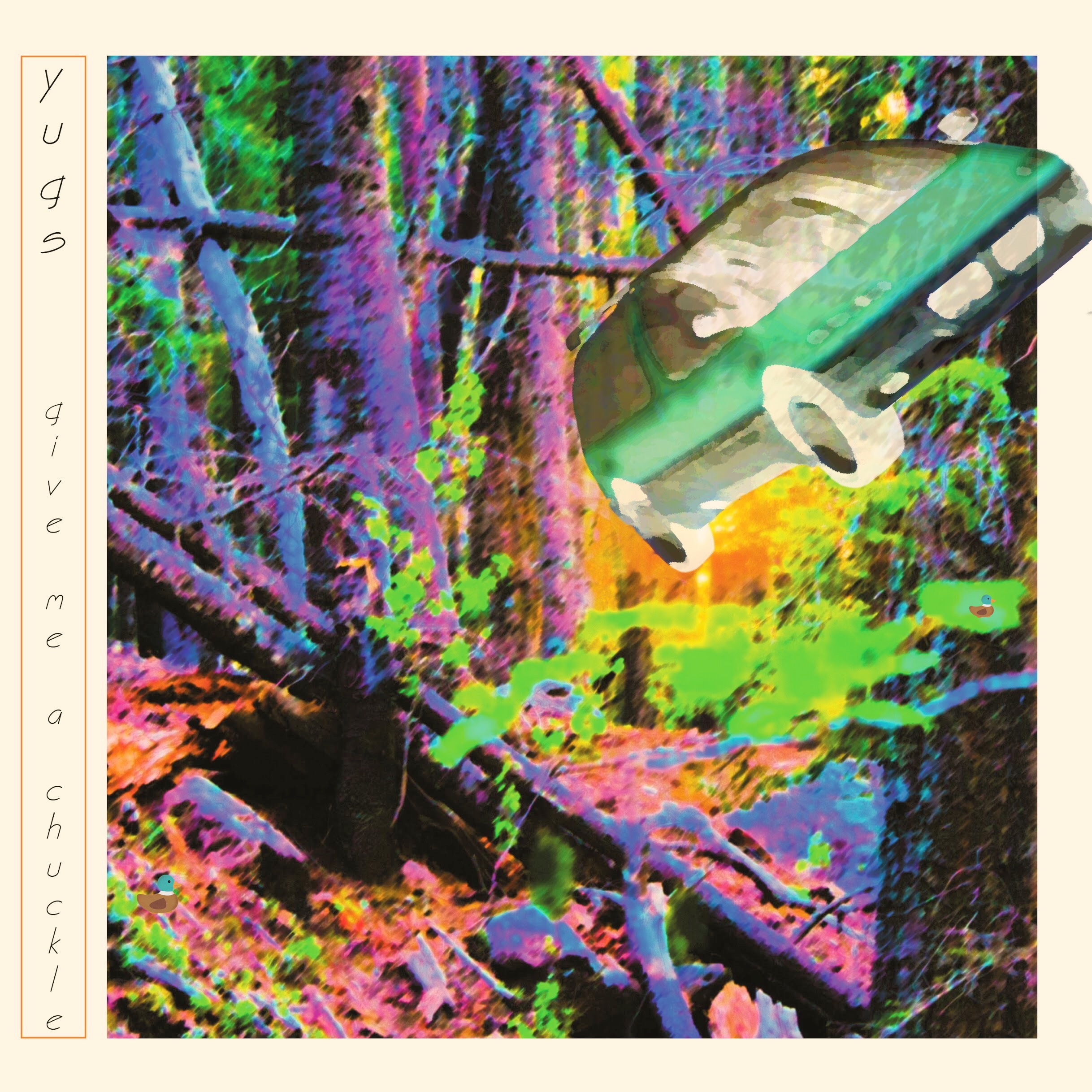 “Give Me a Chuckle” embraces a different style, beginning with a rattling, complex, percussive rhythm that slowly builds up anticipation. Multiple samples and tape effects come together to add texture to this song, while a drum kick begins to rapidly pulse as an outro.

The next song, “Makes Me Anxious,” also pivots in a new direction, albeit a slower one. Muted, jazzy chords ring out on a piano to start the song, while the thread of complex rhythms plays out in the form of a scatting percussion — all under a howling wind. A soft bassline carries the melody for a brief moment before layered, delayed vocals from Ely enter, not singing any words in particular but more so using the voice as its own instrument. A detuned synth line slowly enters for a brief moment before it is reigned in again. All these elements come together to create a mesmerizing song that sounds like something made by the producer QSTN.

“Teardrop Armor” starts off with a reverberating organ, making the song at first sound a bit cheesy. However, as the chords start to turn jazzy, a layer of glittering high melodies enter. By the time the off-kilter rhythm is pulled out for a moment, the entire song suddenly transforms into a dreamy interlude that really takes a journey.

“Owning It” pairs light claps with an acoustic guitar that plinks away romantically. The undeniable Bossa Nova adds a twist of flavor to this song, while a wailing synth melody washes over in a style reminiscent of the band Keep Shelly In Athens. 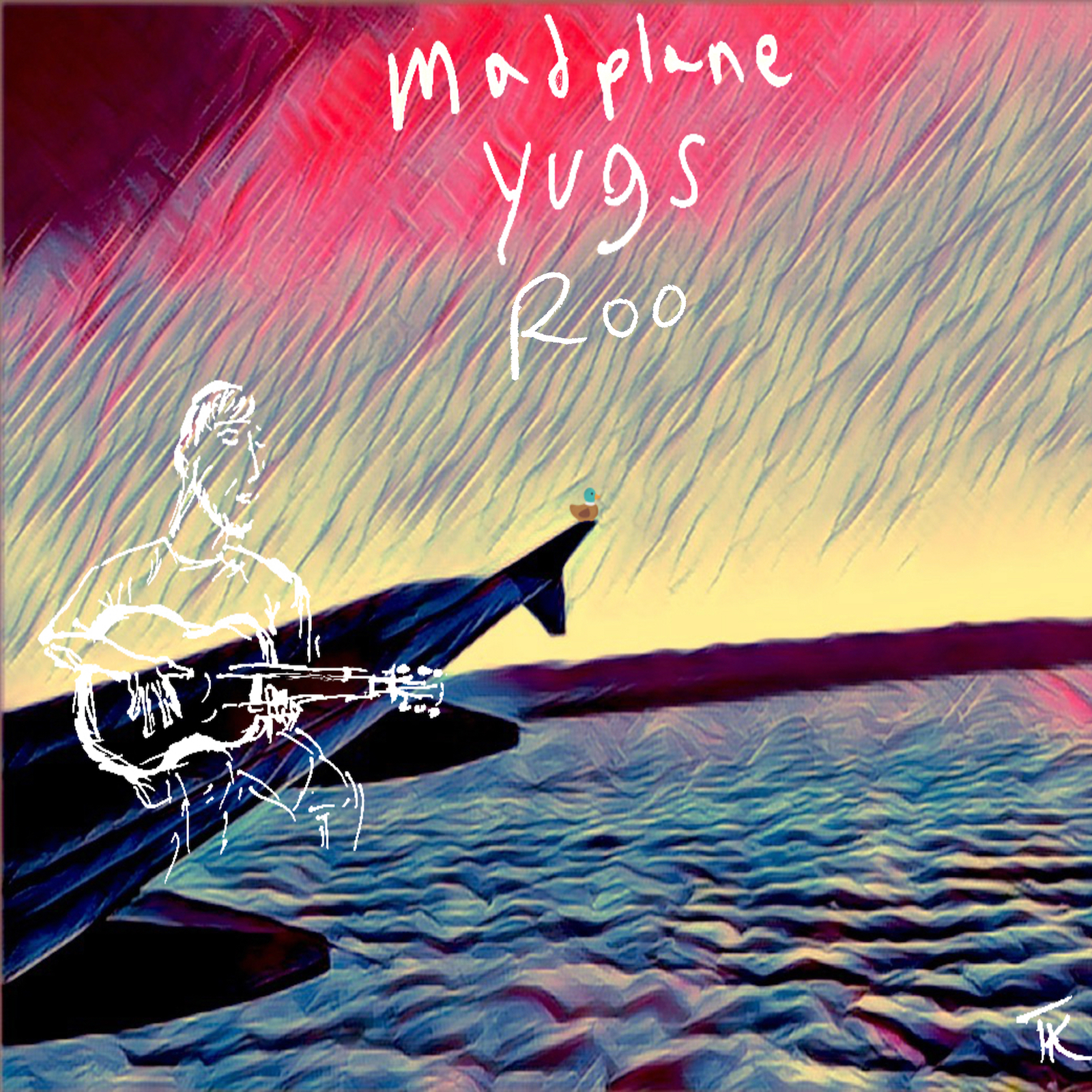 The next song, “Madplane,” follows “Owning It” perfectly, almost sounding like a part two of the last song. This track moves a little faster than the last, and the pulsing bassline from the onset gives this song a little more of a steady pace. Vocals by Roo enter the second half of the song — again, with no lyrics. Yugs unconventionally opts to use the voice as its own instrument, adding layers of rhythm and melody as opposed to injecting the song with lyrics that may or may not have a significant meaning to the producer himself. “Madplane” also somehow manages to incorporate, without an ounce of kitsch, a sample of the ding one might hear on an airplane when the ‘seatbelt on’ light gets activated, a feat that really deserves applause.

“Duneboarding,” continues this thread of soft downtempo with more acoustic guitar, this time with more delay. Taking a slower pace than the last two songs, “Duneboarding,” is very relaxing and laid-back, almost lulling one to sleep. This song seems to have a similar dreaminess as Shapeshifter’s “Summer Haze,”  — yet it felt a bit much to have three songs that sound this similar back to back. By the third track, the album feels like it’s winding down, though there are two more songs left on the record. While it’s a beautifully relaxing piece, a different place for it on this record would have been better suited given the aforementioned pace.

“Family Makes Me Whole,” brings in a refreshing complete change of movement. Significantly slower than the rest of the album, the gradual build of piano chords and synth melodies that are stained with a tinge of sorrow create a whole new feeling of contemplative affectation. An electronic guitar enters the song as quietly as an electronic guitar could sound, while a minimalistic and gentle beat ticks in the background and helps give the song a bit of momentum.

The album ends with “Windy Green Ocean,” a swirl of looped piano melodies, plucks of a guitar and whirling effects. This song ends the album in a similar style to how it began, coming in full circle. “Windy Green Ocean,” peters out to a softly crackling silence, a soothing end to an overall very chill record. 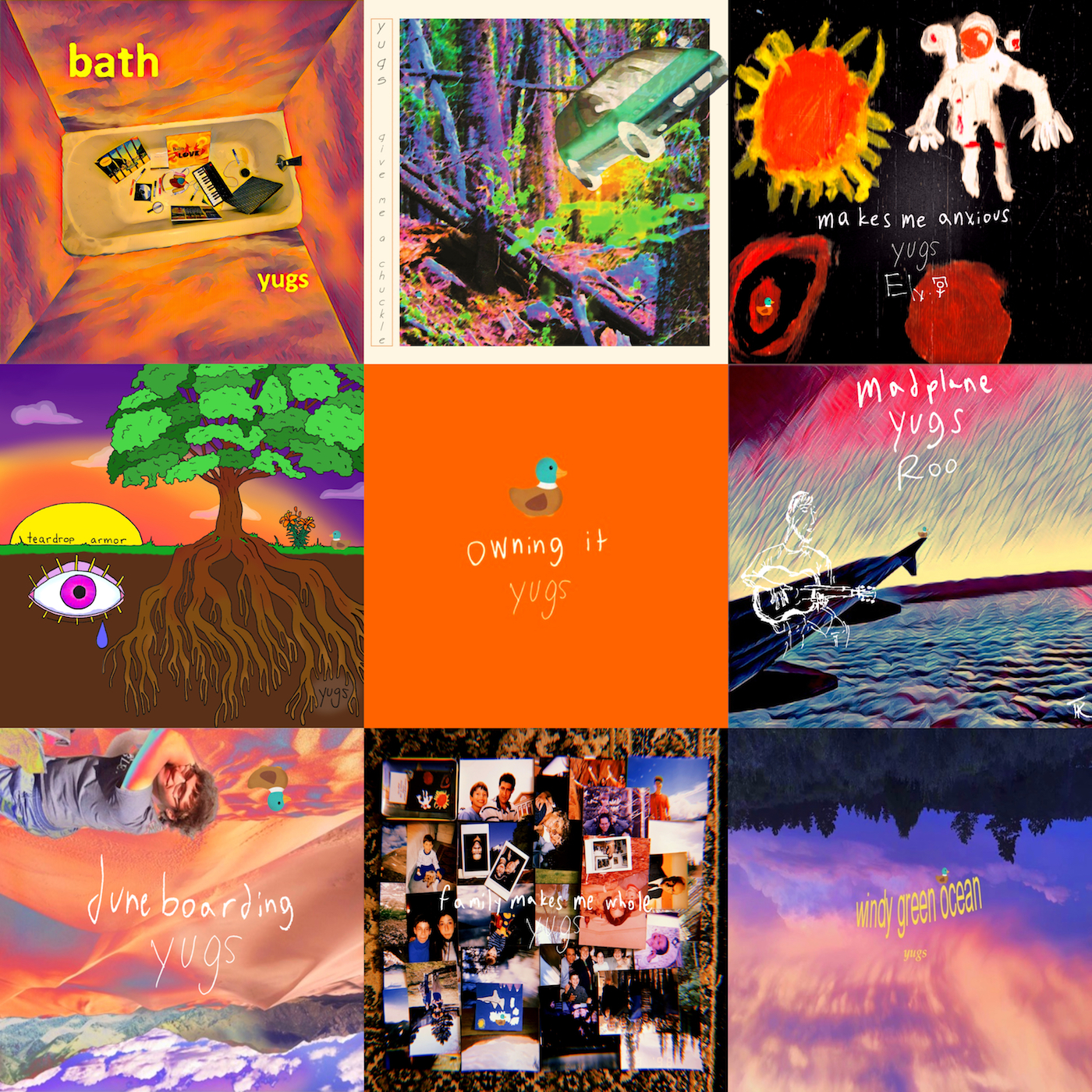 This album serves as a strong debut for the young musician Yugs and demonstrates his future potential as a producer. Fitting for a contemplative winter day, Yugs takes a dreamy, downtempo approach to the lo-fi beat scene, crafting samples into a peaceful, dreamy soundtrack. The originality of each album cover helps personify each individual song, and the choice to create 10 works of art for this record demonstrates the dedication of Yugs to his craft.