Though Mexican-American rapper Snow Tha Product hails from Texas and California, she’s always performed for Colorado as if it was her home. She’s graced the stages of our centennial state at least 25 times since the dawn of her professional music career in the earlier part of the decade. Her most frequented venues include the Aggie Theatre in Fort Collins, The Black Sheep in Colorado Springs and Cervantes’ Masterpiece Ballroom in Denver.

Her next trip to the city signifies a new stage in her career, and we mean that in every sense of the word. To begin, she will headline the Mission Ballroom on Friday, December 20 — two days shy of a year after she dropped the full version of her collaborative mixtape, Vibe Higher. The mixtape was the first project released under her own independent label, Product Entertainment LLC, which she established after ending a seven-year partnership with Atlantic Records in November 2018. 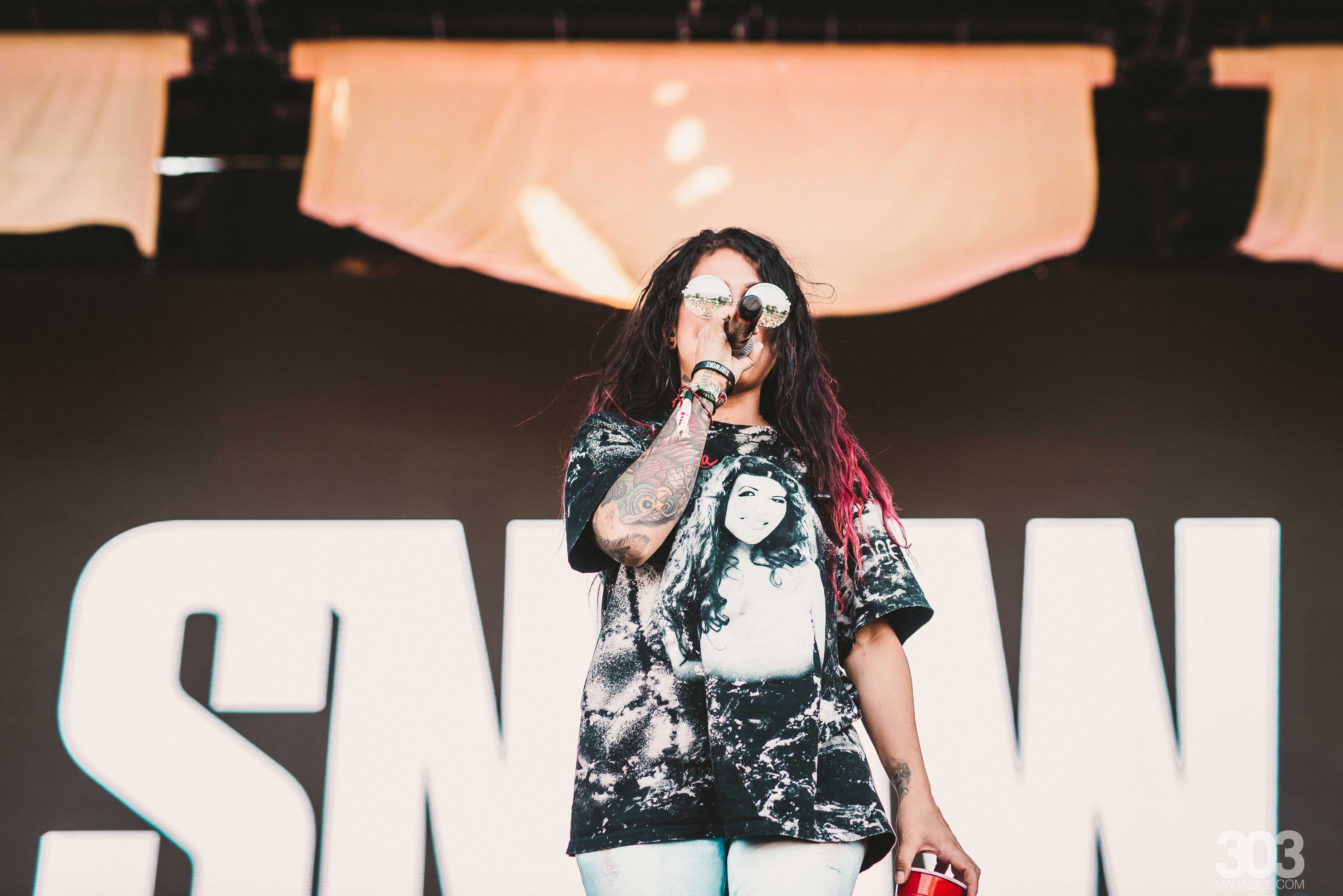 Going indie has given Snow Tha Product the freedom to make whatever kind of music she wants, whenever she wants. This has led to her putting out a dozen singles over the past year and making music videos for seven of them. Though her pride in her Mexican heritage and in her identity as a bisexual woman has always been present in her music, it is now a foundational part of her brand — a natural evolution on her journey to make music both by and for herself. Watch her and her girlfriend take down a group of homophobic suitors in the video for “Butter”, for instance, or experience her effortlessly spit bars in both Spanish and English in “Bilingue.” (You might recognize that last one from the soundtrack of the TV show, Dear White People.)

The fan response to her self-controlled product and pace is so positive that it’s propagated a turning point in her already prodigious career. Her “Goin Off Tour” this summer had a 98 percent sellout rate — an achievement that prompted Pollstar to name her their breakthrough artist for the month of July. Mission Ballroom is one of the biggest shows she’s ever booked, but with the way things are going, she’ll sell out other renowned large-scale venues in no time.

Significantly, all of the openers for Snow Tha Product’s Denver show are Colorado-based artists. They include rising pop artist, YaSi, whose debut EP, Unavailable, came out this October, and local rapper, Splyt, who was one of 303 Magazine’s hip-hop artists to watch out for in 2016. DJ Squizzy Taylor — who recently sat down with 303 to talk about his upcoming residency at Beta 2.0 and his new role within AEG — will also perform as a supporting act.

You can get tickets for Snow Tha Product’s concert at the Mission Ballroom on December 20 here.