Simon Beck is an artist, but probably not an artist most people are familiar with by name. His medium is snow, but he doesn’t build up the cold substance to create sculptures. No, instead he does the opposite — wearing snowshoes, he carefully compresses it, making enormous designs into untouched snowy fields. And in January, Beck is coming to Colorado for a two-week stint in Silverthorne, where he’ll create somewhere between five and 15 of his transitory snow art patterns throughout the mountain town. 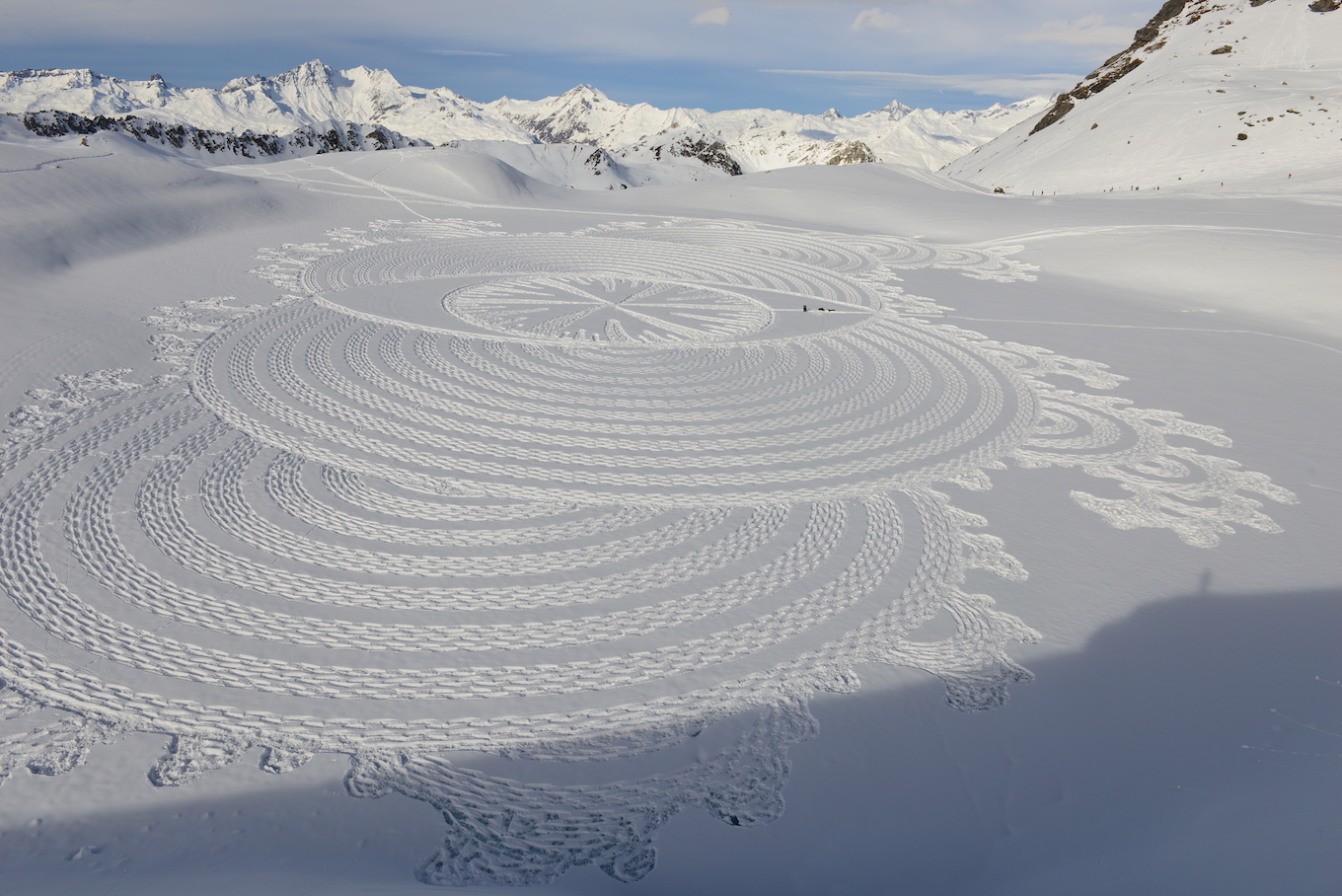 Beck, born in London in the ’50s, wasn’t necessarily raised around idyllic snowy vistas. He studied at Oxford (engineering) and became a professional cartographer — a job suitable for the modern-day explorer. He began spending his winters at the French ski resort Les Arcs, and it was there that the act of snowshoeing morphed from a fitness activity to a full-blown artistic career. In 2009, Beck started creating large-scale snow art as his only gig. Luckily, his efforts have been rewarded, especially after photos of his designs started going viral, leading to Beck’s completion of over 300 compositions of snow art in the last decade.

Some of those compositions, like the one in Silverthorne, are commissioned by resorts or towns or other entities. Others are simply done because Beck enjoys the process. Typically, one of his monumentally-sized designs can take 12 hours or more to complete and require some math, a lot of labor and an eye for geometry. He’s attributed his influences to crop circles, Vincent Van Gogh and snowflakes, to name a few. He’s even been inspired by a cannabis leaf before, although he posted on Facebook that “you should draw it and not smoke it.” 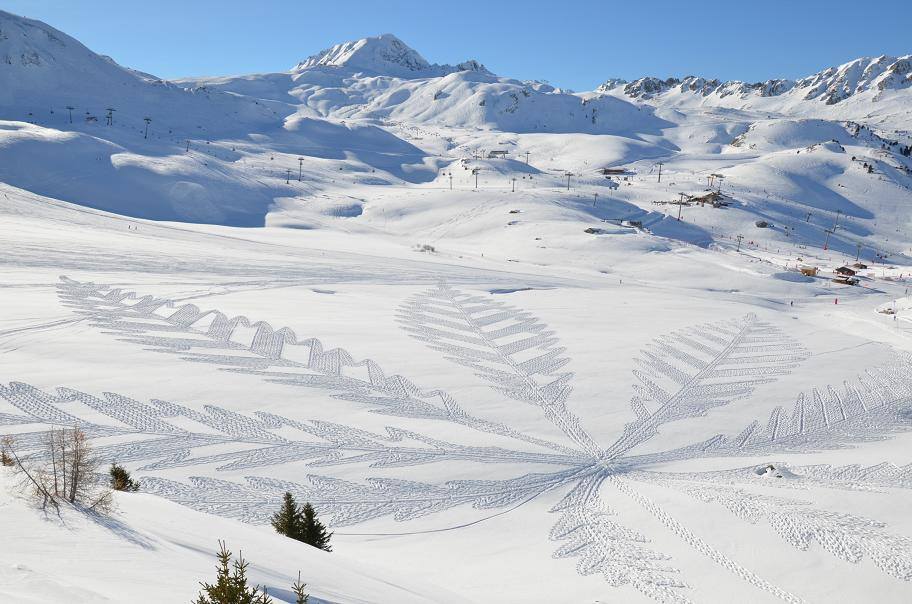 Although Beck’s creations in snow outweigh any others, he’s also tramped patterns into sand — an equally temporary substance to work with. The evanescent nature of this art form is part of Beck’s fascination with it, and also part of the breathtaking experience of seeing one in person.

Which brings us back to Silverthorne. From January 3 through 16, 2020, Beck will work at various locations, starting with the new Maryland Creek Park on January 3. His presence will kick off the First Friday community events for the town in 2020, with the first one centered around snow — the art, science, safety and fun of it.

But, if you can’t make it to Silverthorne during those dates (it’s a little over an hour drive from Denver) then don’t fret. According to an article in Artsy, Beck said “It’s completely ephemeral, but the whole key of it is to get the photographs. Most people will only ever see most of the world’s artwork as photographs. Even with the Mona Lisa—probably only a minority of people have actually seen the real thing, but everyone’s seen a photograph of it.” He always makes sure to document his creations (and he even published a beautiful coffee table book with images) and if you recognize the mountains around Silverthorne, you’ll hopefully feel a little thrill when you see the final photos.

All photos courtesy of Simon Beck