Photo Courtesy of the Artist.

Ash Lauryn is making the trek out to Denver for the one last great underground dance party of 2019. Based in Atlanta, GA, Ash is a phenomenal DJ who has honed in on the old and new styles of her hometown of Detroit with razor-sharp precision. Her time-stopping DJ sets range from soul to disco to house and techno and back again with magical fluidity.

She credits her Detroit roots as wielding the most amount of influence on her taste as a DJ. An active member of the dance music community for well over a decade, Lauryn hosts her own event series, “Expressions,” alongside Stefan Ringer and is currently a resident DJ with Atlanta’s Deep South collective.

But Lauryn isn’t just an incredibly talented and tasteful DJ — she is also a skilled writer and radio host. Lauryn runs the blog Underground & Black, that explores her identity and experiences as a black woman as well as a rising DJ in the underground dance music scene. Lauryn hosts a monthly radio show on NTS — the UK-based internet radio — under the Underground & Black moniker. “Underground & Black” also serves as the name of an event series hosted by Lauryn, which debuted at Bossa Nova Civic Club during Black History Month earlier this year.

Sometimes, the underground dance community is misconstrued as a haven for marginalized identities — house music was created by queer, working-class black and brown people in Chicago during the late ’80s, after all. However, dance music and club culture today has been cited by many of the minority DJs in the scene as being whitewashed with celebrity DJs that dominate the festival circuit and walk away from a single DJ gig with tens of thousands of dollars. In fact, Nina Kraviz currently charges anywhere between $40-75,000 for a single gig in the states — a far cry from the DIY ethos of the underground.

And it’s not just the classist, inflated fees that are harming the dance scene — issues of racism, misogyny, homophobia, transphobia and ableism all run rampant, an experience Lauryn is sadly all too familiar with and often writes about.

In October, the aforementioned DJ, Kraviz, posted a series of photos showcasing her recently acquired cornrows, a hairstyle that historically belongs to black people. However, it wasn’t just the hairstyle that bothered people — the problem lay more in how Kraviz responded to the criticism. Kraviz quickly became defensive at the backlash over her hairstyle. A booking agent for the New York-based, techno-feminist collective Discwoman named Frankie, bore most of the brunt of Kraviz’s ire. Frankie, who is a black woman, attempted to explain to Kraviz over Twitter why people were upset. In response, Kraviz began accusing Frankie of racism against white people instead via tweets. 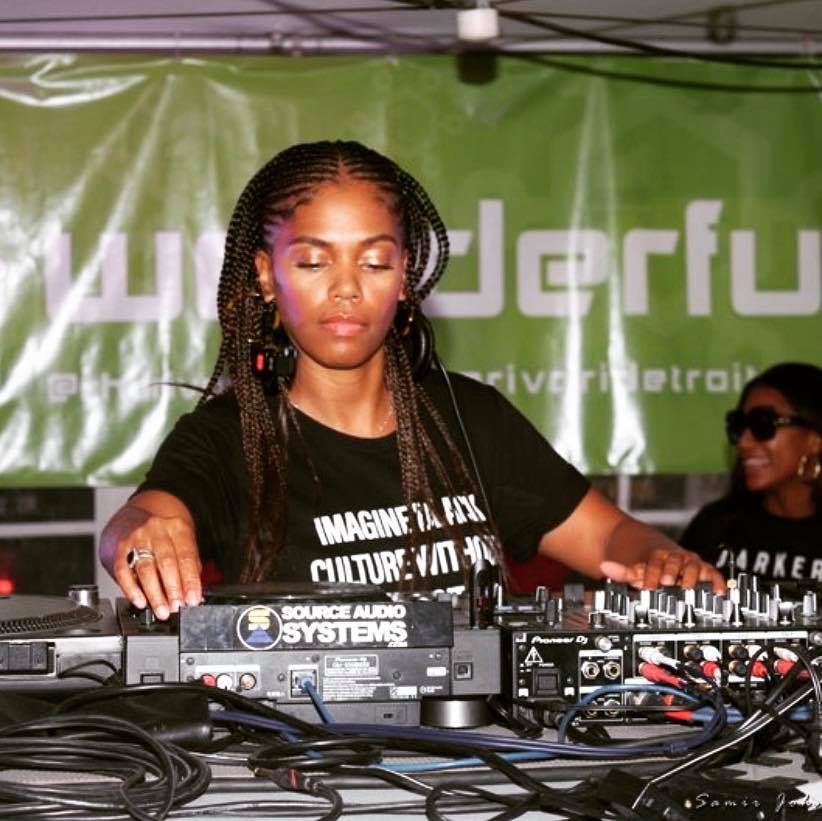 Ash Lauryn throwing down. Photo Courtesy of the artist.

The exchange was recounted in Lauryn’s blog, sparking more exposure to an issue that otherwise could’ve been covered up. “Rather than listen and attempt to have a constructive conversation about her use of the term ‘ghetto’ and cultural appropriation, she jumped right into defense mode,” Lauryn wrote. “The straw that broke the camel’s back for me was her having the audacity to call one of the most dedicated people to diversity in the scene right now, who also happens to be a black woman, a racist.”

Lauryn’s blog posts often articulate the frustrations that stem from micro-aggressions that have often polluted the underground dance scene. Her words have resonated with many black and brown people who have felt tokenized, fetishized and then tossed aside within a community that often feels as though it only serves the less marginalized communities. Not only is Lauryn a vocal advocate for change within the dance community, but she is also an apt writer and an outspoken critique who doesn’t shy away from telling the truth, whether through words or on the decks.

Lauryn has firmly established her career as a DJ, successfully headlining gigs in New York, Berlin, London, Paris and beyond. She’s shared bills with legends such as Joe Claussell, Marcellus Pittman, Chez Damier and Kai Alcè, plus many more. With three Europe tours under her belt, Lauryn made her debut at the world-renowned Tresor Club in Berlin in 2018.

Lauryn has solidified her sound and mission while steadfastly maintaining a deep respect and appreciation for the roots and soul of dance music. The Detroit native serves as a passionate ambassador of one of America’s homegrown music traditions, and her “Underground & Black” vision is challenging the status quo of contemporary club culture.