At the beginning of 2019, the regularly scheduled RiNo neighborhood meeting had one major topic up for discussion — waste receptacles throughout the district. The main criticism was that there weren’t enough — in fact, there were barely any. Ten years ago, this was not an issue in RiNo, and even five years ago, there weren’t enough people visiting the area to necessitate trash bins on the streets. But now, RiNo is one of the busiest neighborhoods in Denver, hosting the annual street art festival CRUSH WALLS, home to the newest and hottest music venue Mission Ballroom and the place that attracts tourists from all over the world. And with all of that attention and foot traffic, there’s a lot of trash. 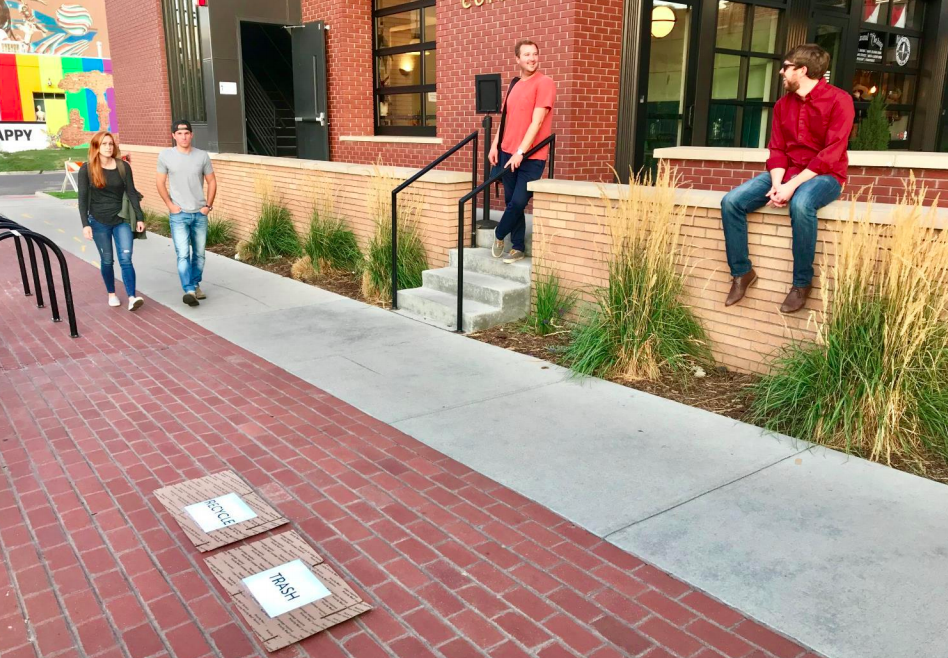 After the January 2019 neighborhood meeting, the Rino Art District started working on a solution to the trash problem. According to a powerpoint provided by the District, they have been “walking, cycling, scootering miles around the District” for the past year in order to decide which locations should receive the bins. And they’ve decided on 47 locations, spread across Larimer, Walnut and Blake Streets, as well as Brighton Boulevard.

But the trash receptacles aren’t only going to be for trash. Each of the locations will be equally split between recycling waste and “landfill” waste. Thankfully, the equal split with the recycle bins might help Denver achieve better recycling goals. The bins themselves are designed by a RiNo local start-up called Site Pieces, allowing the District to stay true to its creative roots.

The final piece of this new endeavor is that the waste put in the bins by the thousands of visitors, employees and residents of RiNo will be emptied and cleaned by the Denver Day Works team. Denver Day Works is a work program for people who are experiencing homelessness, it started in 2016 at Civic Center Park, but was so effective and popular it’s expanded to other areas in the city, like RiNo. The program offers work options (like cleaning out trash cans), connects individuals with employment services and resources and provides a meal and same-day payment.

Although this might not seem like a huge announcement to some, it will certainly come as a welcome addition to those who spend a lot of time in the neighborhood, and especially businesses that usually shoulder the burden of cleaning up alleys and stoops.

All photos provided by the RiNo Art District

Editor’s note: a former version of this article stated that Denver Day Works began on East Colfax. It started at Civic Center Park in 2016. The article has been updated accordingly.