Photo courtesy of Color in Christmas.

If you find yourself gawking at decoratively lit houses along 6th Avenue Parkway this year, avoid an undesirable crash by supporting a good cause instead. Christmas in Color is back for its second drive-thru light show display and you can experience the magic at two locations in Colorado this holiday season.

Returning host Water World in Federal Heights and the Bandimere Speedway in Morrison have been impressibly decked out in more than 1.5 million lights that are specially synchronized to holiday music you can listen to on your vehicle’s FM radio. 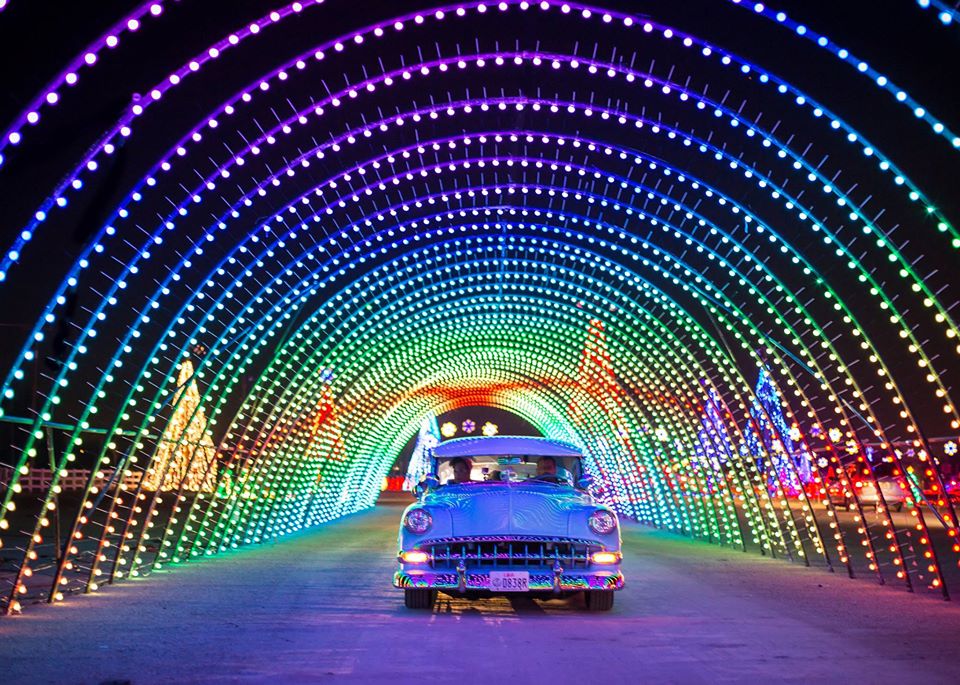 The journey is only a little over a mile long, but visitors to the attraction will get 30-35 minutes to watch the dazzling light show and won’t have to leave the warmth of their cars. The mesmerizing and magical spectacle is about more than just Youtube clicks though.

According to Todd Glover, the CEO for Christmas in Color, the reason for the lights started with a charitable act by Richard Holdman, the event company’s founder.

“Eleven years ago, he [Holdman] started putting lights on his house and animating them. He set the display to music and it had a tremendous draw. He began receiving donations as cars would pass by for the local children’s hospital,” Glover said. “He did that for three or four years and his neighbors got tired of the traffic — understandably so — but it raised a lot of money.”

Blown away by the amount of support and interest in his crazy Christmas light show, Holdman then launched Christmas in Color and immediately partnered with children’s organizations, hospitals and foundations to support various causes.

For the 2019/2020 holiday season, Christmas in Color has decided to donate proceeds from the light shows to the Make-A-Wish® Foundation, a nonprofit organization dedicated to making life-changing wishes for children with long-term illnesses become a reality.

In honor of the sponsorship, the two drive-thru light displays in Federal Heights and Morrison will each feature “Make-A-Wish® star arches.” Glover says the arches, in addition to other attractions, are new this year. Glover and the rest of the Christmas in Color staff always like to keep visitors entertained. 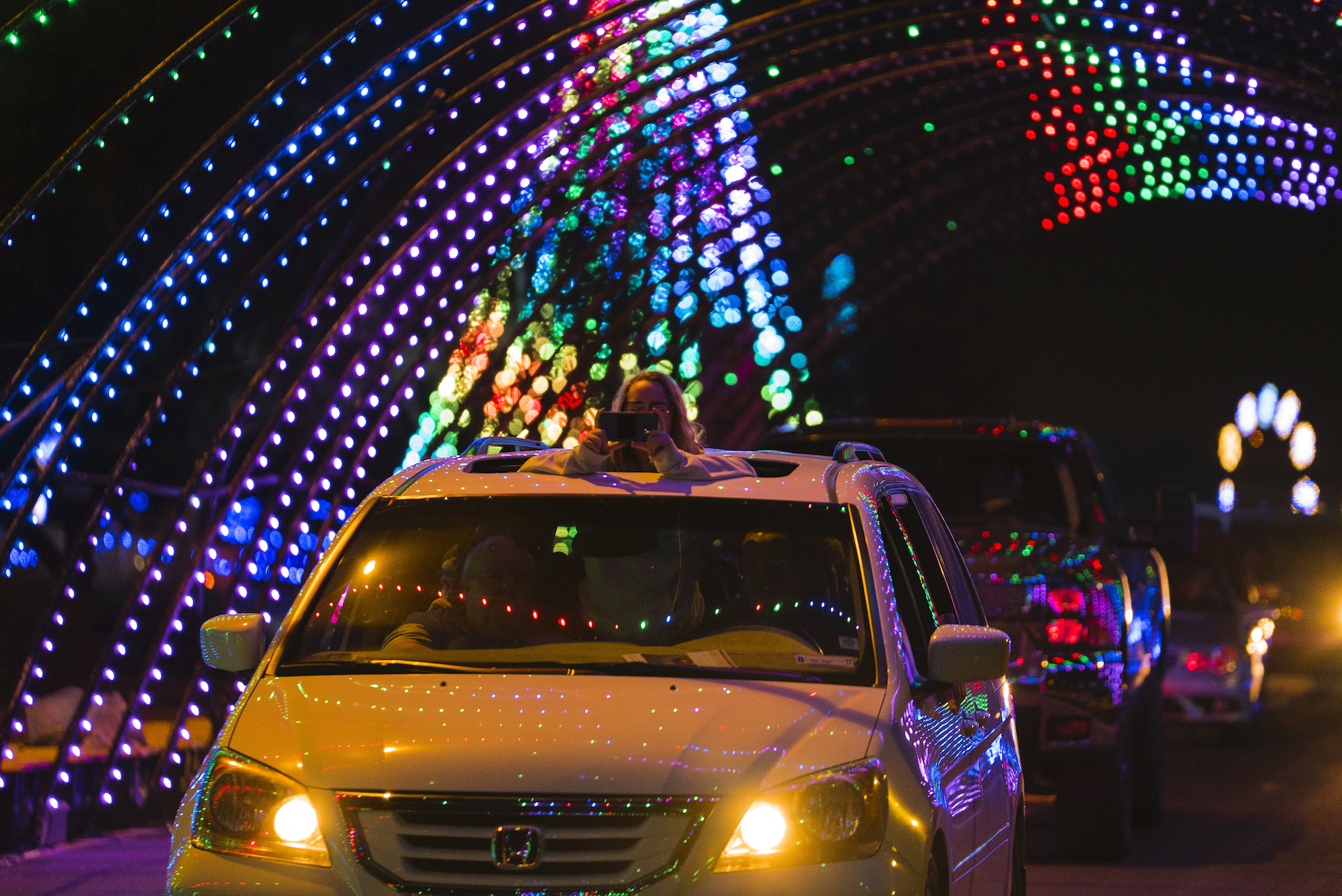 Photo by A.J. Mellor courtesy of Christmas in Color.

“The music is part of our show that certainly makes the lights come to life. We like to change the music up. We get a lot of requests from guests who love certain traditions, but we add 30 to 40% of new music and lighting elements each year,” he said.

It’s not just donating attendees that get to enjoy the lights either. Glover says that sick kids in addition to their families and other charitable foundations frequently drive through the attraction. Last year, Camp K brought children with disabilities to enjoy the show.

“Children are what we are about. We put up a million lights and animate them and synchronize them to music to see the smiles that come to these children’s faces. It really is why we do it. At a time when they feel a little bit down or challenged, we try to give them a bit of an escape from whatever they’re going through,” Glover said.  “If there’s anything we can do, it’s to help a child feel loved and cared for.”