Photo by Claire Folger and courtesy of Lionsgate Publicity

The renowned and Colorado-raised director, Rian Johnson, was already destined to make Denver Film Festival (DFF) history on October 31. That night’s Red Carpet screening of his newest film, Knives Out, would establish him as the first filmmaker to kick off the DFF twice in their career.

Yet the evening had more triumphs in store for Johnson, whose past projects include Brick (2005), The Brothers Bloom (2008), Looper (2012) and, of course, Star Wars: The Last Jedi (2017). Just before Knives Out played at the Ellie Caulkins Opera House, the DFF presented him with their esteemed John Cassavetes Award. Upon receiving the honor, the humble, self-proclaimed film junkie with a twinkle in his eye told the audience, “I hope I can earn this.”

After witnessing Knives Out — a whodunit murder mystery for the modern day — we can definitively say he did. Inspired by Agatha Christie’s detective fiction, Johnson’s original and tightly spun tale converges on the death of a celebrated crime novelist named Harlan Thrombey (Christopher Plummer). After meeting the other members of this unstable household, Detective Benoit Blanc (Daniel Craig) suspects foul play.

Harlan’s profession is one of many self-reverential details sprinkled throughout the narrative that never breaks the fourth wall but certainly leans against it. This is a movie that knows what it is and doesn’t take itself too seriously. Critics have compared it to Jordan Peele’s 2017 film, Get Out, because of its Hitchcockian storyline and cultural relevancy, but Knives Out is unique in its aim to thrill audiences with humor instead of horror.

We got to converse with Rian Johnson over coffee on the morning after Knives Out’s DFF premiere.

Rian Johnson: I have a history here with the festival, and I grew up here — I was here through grade school, and a lot of my father’s family is still here. So, I have a deep connection to the town, obviously, and it’s also just a great festival. They have a really good lineup, they have a great staff that runs it, and it’s always fun to come [to] see films with the Denver crowd, you know?

303: Your cousin, Nathan Johnson — who also grew up in Colorado — wrote the score for every movie you’ve made including this one, except for Star Wars: The Last Jedi. Other than him being family, why do you continue to collaborate with him? How does his artistry complement your own?

RJ: We have a great working relationship with each other. I think because we’ve known each other so long and we’re so close, we can just be totally open to each other, which is nice. Nathan, though, is also just an incredibly talented composer, and he’s so versatile. That’s why I enjoy working with him. The scores he did for Brick versus The Brothers Bloom, Looper and now this — they are so completely different in every way. I love the feeling of having a collaborator where we can try something totally different each time and get away with it, or at least try to.

303: In a 2017 interview with the Denver Post, you expressed how memories of your childhood in the metro area inspired parts of your artistic vision for The Last Jedi. Are there any details in Knives Out that — subconsciously or intentionally — nod to your upbringing in the metro area?

RJ: Um, well, I mean, I have a big family but they’re nothing like the family in the movie. [Laughs.] Although we would all congregate at my grandparents’ and hang out there. They have a beautiful place — it’s not like a big mansion or anything — it’s a really lovely house. And I remember it as being the center of everything. That’s very much the case with this movie — the whole thing centers on kind of like a big, cool-feeling house. And maybe memories of being a kid at my grandparents’ house added to it, but mostly, [the biggest nod] is that I was a kid when I discovered Agatha Christie. 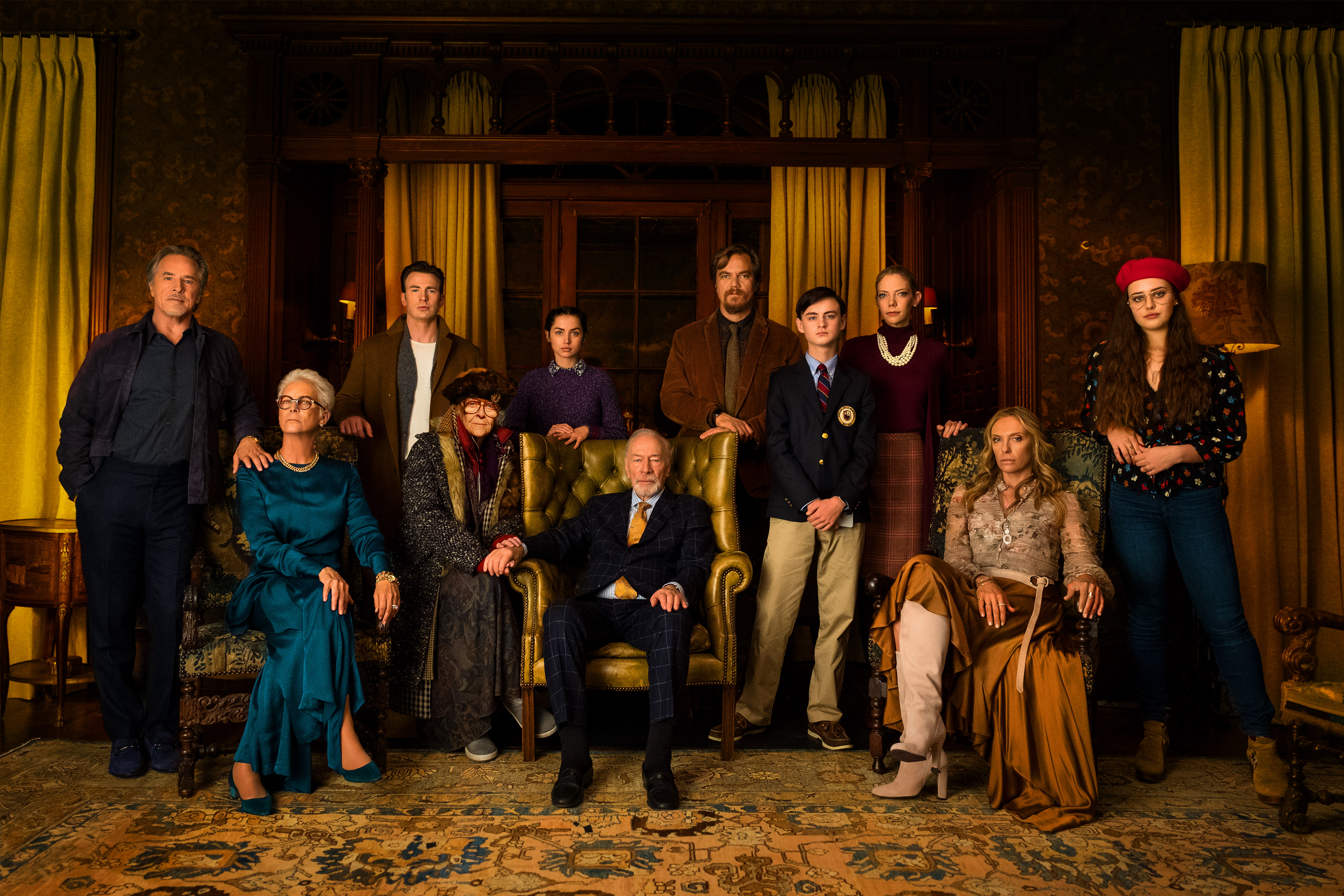 The star-studded ensemble cast of Knives Out. Photo by Claire Folger and Courtesy of Lionsgate Publicity

303: What, in your mind, is the genius of Agatha Christie?

RJ: She was so good at character. And she was obviously great at plot — she was good at coming up with twists — but her best books are also just great stories. And what really carries them through is the strength of her characters. That’s also what distinguishes her from a lot of other detective fiction at the time. I think her characters — in particular, her female characters — were really well-drawn, and really interesting, and really engaged with the culture she placed them in.

303: In telling this homicidal tale, why did you aim for humor rather than horror?

RJ: For me, that comes from Christie. I feel like her books always have a sense of humor, and my favorite adaptations — which are not even necessarily the ones that reflect the books most closely, but the ones I just like the most — are always the ones that have a sense of humor. The ones where Peter Ustinov played Hercule Poirot [Christie’s recurring detective character] — such as Death on the Nile and Evil Under the Sun — those hit the sweet spot for me. And whenever a Christie adaptation goes too dark and serious and tries to be scary, it loses me. I feel like it loses the essence of her material.

303: Judging by the film’s outstanding critical acclaim, it seems you’ve satisfied people’s cravings for a certain type of movie — cravings which many didn’t know they had. Why do you think the world needs a modern whodunit? Why is this the cultural moment for it?

RJ: This is a genre that makes me feel good and that makes me have fun, and I feel like right now we need to have fun. [Laughs.] We really need to have some fun right now! The idea of doing that with a movie that is on the grown-up-y side of the spectrum — but that you can take the whole family to — seems really appealing. That’s something we’re getting less and less of these days, and it feels really good to put it out there. 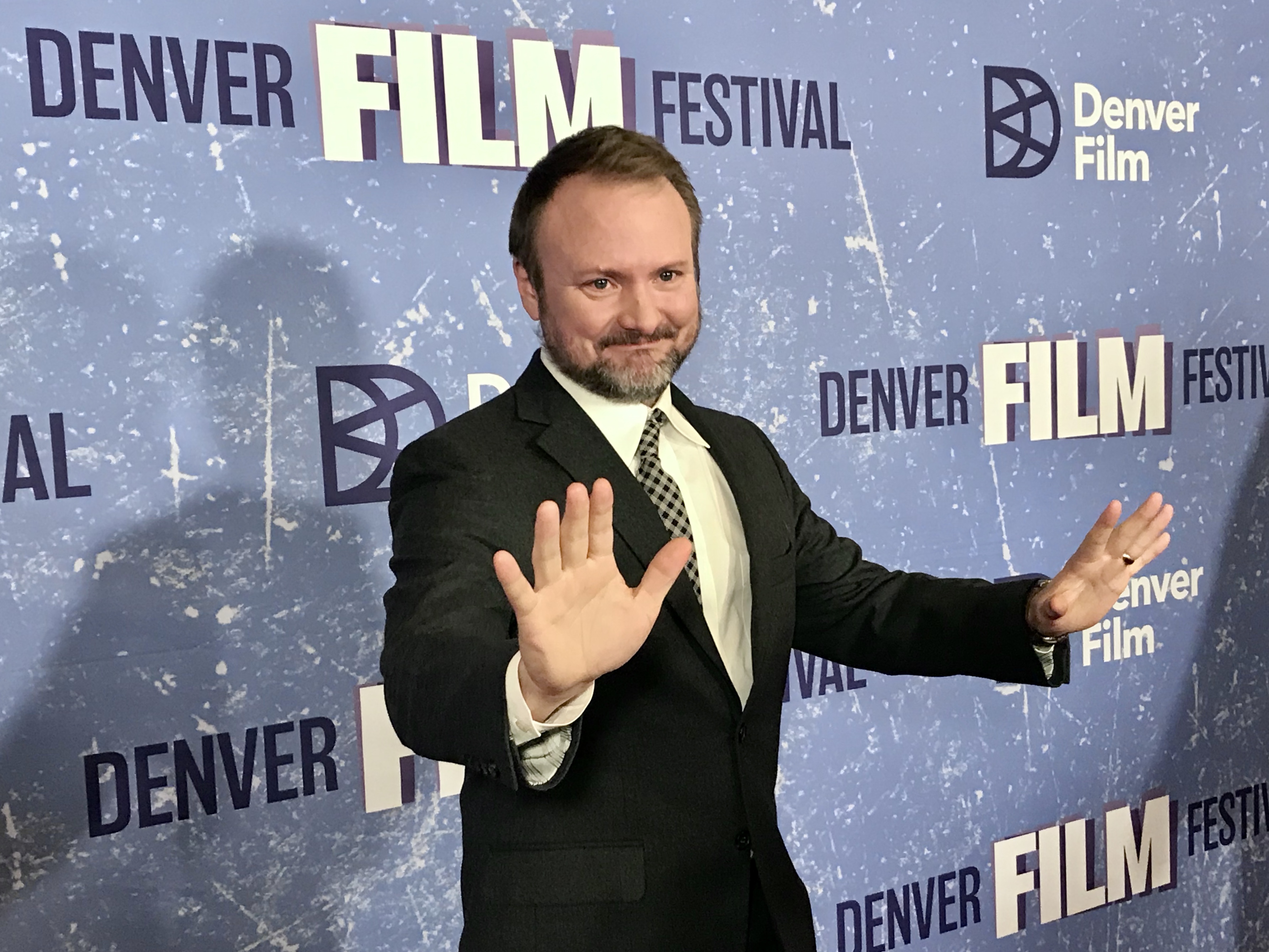 303: During the talk-back that followed DFF’s screening of Knives Out, you divulged that you’ve thought about making this movie for 10 years. Are you currently sitting on any ideas that might become movies within the next decade or two?

RJ: Yeah, a bunch. I never want to say them out loud because I’m afraid it will ruin them, but yeah, I have a handful in my head. It’s like, you have them all in a bucket and you kind of stare into the bucket and shake the bucket, and eventually you’re like, okay, let’s try this one. And then you run with it. I don’t know what will end up being next. I would really honestly love to make another one of these. I had so much fun doing it. And the whodunit genre is so malleable that I could imagine doing a whole new mystery with that character [Detective Benoit Blanc] and have it be something really different and interesting. So, we’ll see.

303: Are you able to catch any of the other films showing at DFF this year?

RJ: Not here, no, but I’ve seen a lot of the movies that they’re showing here — or at least a few of them. A Marriage Story is extraordinary. It’s fantastic. And then Parasite is absolutely amazing. It’s unreal. Don’t read anything about it before you see it.

Knives Out will hit theatres nationwide on November 27, with early access screenings occurring earlier in the week. You can find tickets in your area here.

To view the Denver Film Festival schedule and buy tickets for their events, go here.