All Photography by Jason Stilgebouer

Review – Mt. Joy Summited A Mountain Of Fun In Denver

Mt. Joy has made quite an impact on the indie scene in the last few years. To date, they’ve only released one album and a handful of singles, but that hasn’t stopped them from touring nonstop alongside some impressive names. Following the release of their breakout single “Astrovan” three years ago, Mt. Joy has opened for bands like The Shins and made an impact on fans at festivals such as Lollapalooza.

Earlier this year, they announced their biggest headlining tour yet. Though there are still a few more shows on Mt. Joy’s schedule for the rest of the year, that tour officially came to an end in Denver on Thursday night – and it ended with a bang. 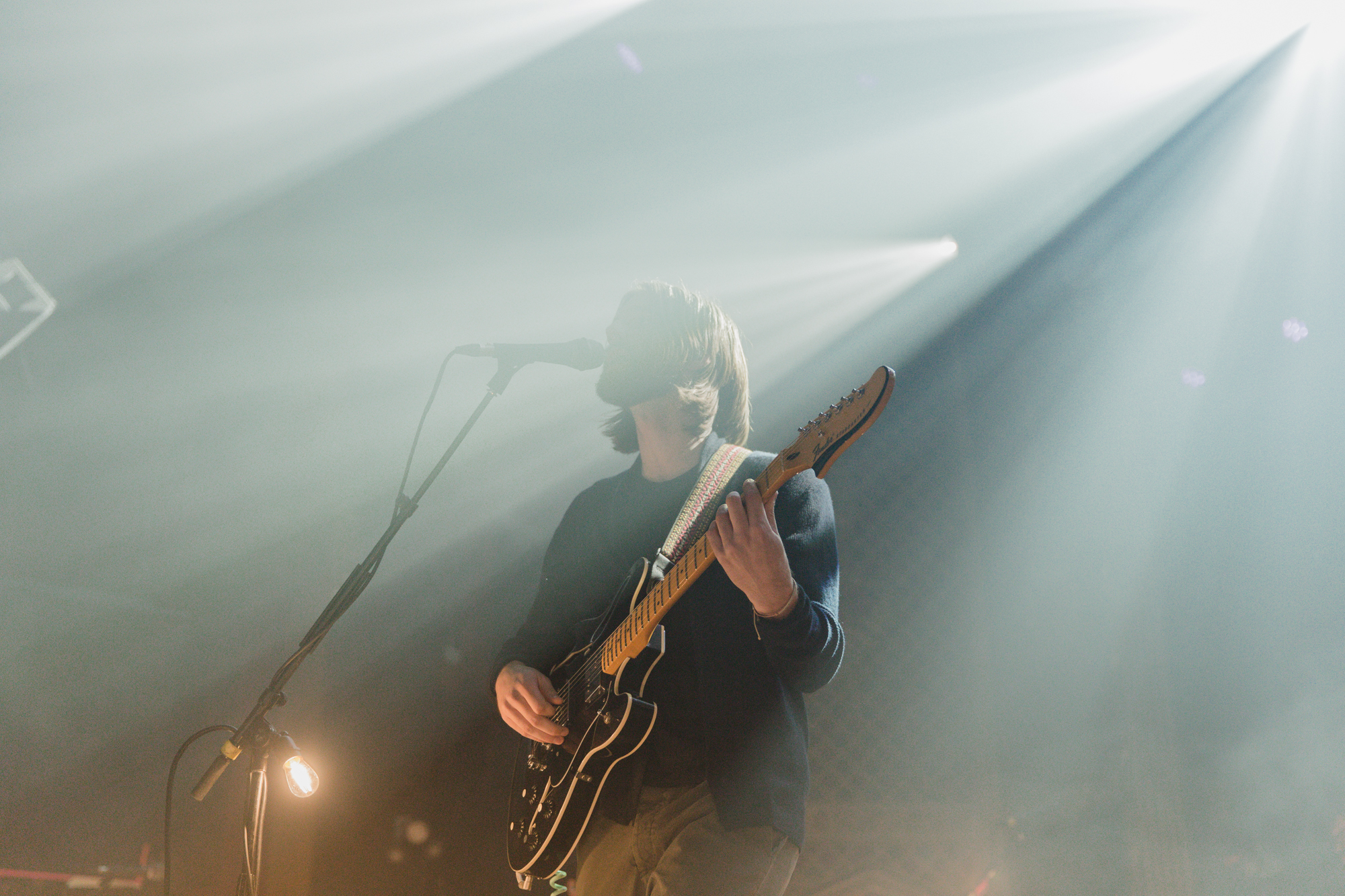 Fans flocked to the Ogden Theater despite the oncoming snowstorm for a highly-anticipated sold-out performance. Joined by openers Adam Melchor and Wilderado, Mt. Joy closed the chapter of their career that was their Fall tour, and gave fans a taste of what to expect once they turn the page on a new age of music.

Adam Melchor took the stage first, smiling down at fans from his position at center stage. Fans were still finding their way into the venue as Melchor told stories about his early career as his calm demeanor on stage made it apparent that he was born for the stage. His voice drifting easily over the murmur of the crowd, Melchor’s music balances a unique sound with the comforting feel of a song you’ve loved for years. 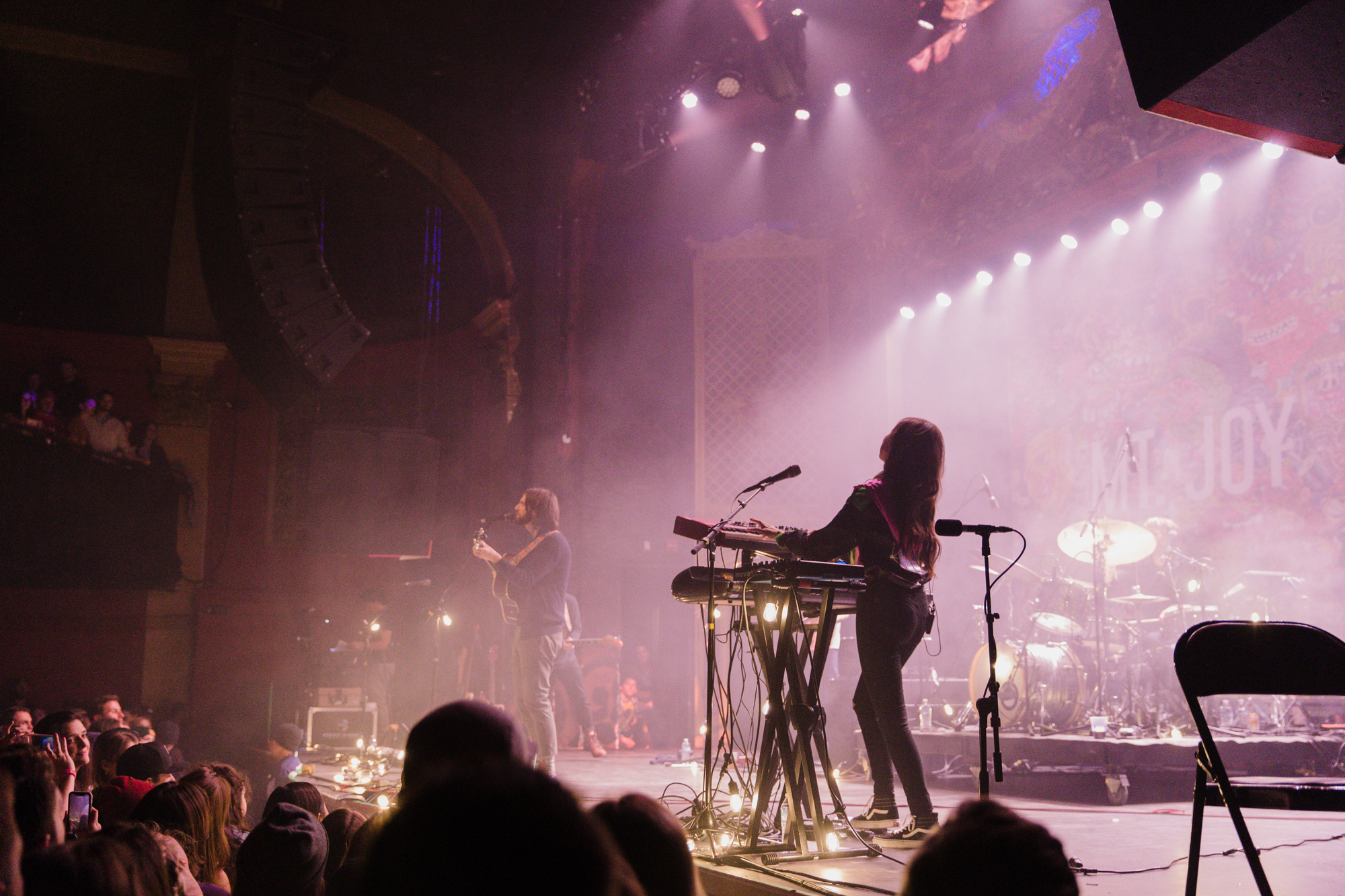 By the time Oklahoma-based band Wilderado took the stage, the venue was at capacity. The band took time during their set to comment on their love of Denver, noting that it was one of the cities that their fans always come to see them and expressing their gratitude. With fans dancing and singing along to nearly every song, it was easy to see that Wilderado’s love for the Mile High City was returned tenfold by the fans at the theater.

With both openers giving performances that were deserving of a headlining spot, fans were treated to an excellent show before Mt. Joy even entered the picture. Once Mt. Joy took their place center stage, illuminated by the string of lights adorning the floor, it was abundantly clear that the good times were here to stay. 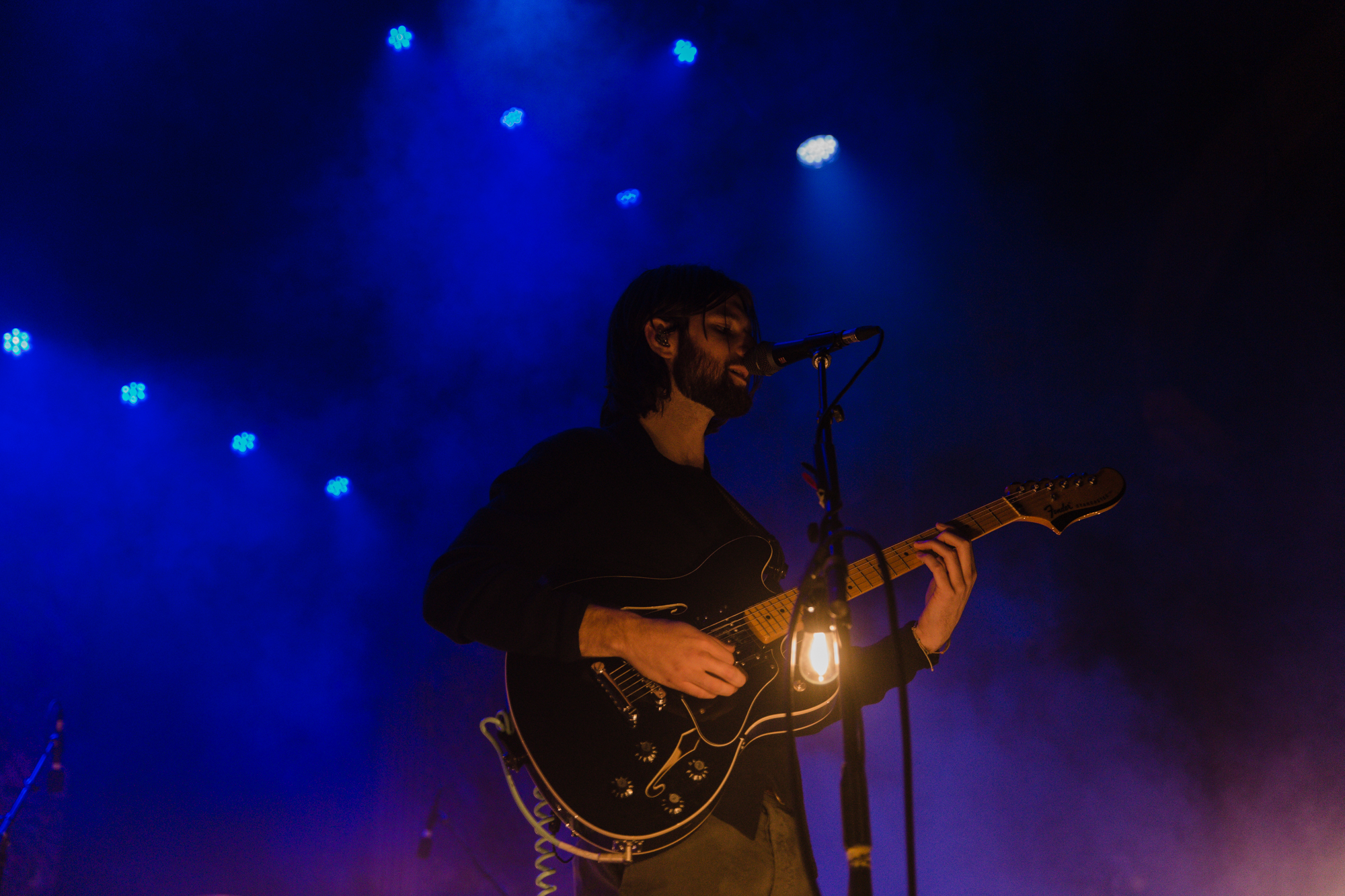 Easing through their most popular songs, the indie-rock group transformed the sold-out theater into an intimate evening that could have just as easily taken place among friends sitting around a campfire. Their illustrative lyrics – which balance a discussion of the mundane aspects of life with their own unique outlook on the world – captivated concert-goers.

Delivering each verse with confidence, Mt. Joy’s presence elevated their music to a new level as it weaved throughout the fans in attendance. Jamming together on stage, they stretched out their songs, allowing fans to enjoy each of them for a bit longer. During their performance of “Julia” they rolled into a cover of “Aint No Sunshine” then transitioning into the Gorillaz’s “Clint Eastwood” before closing out the final verse of the original song. 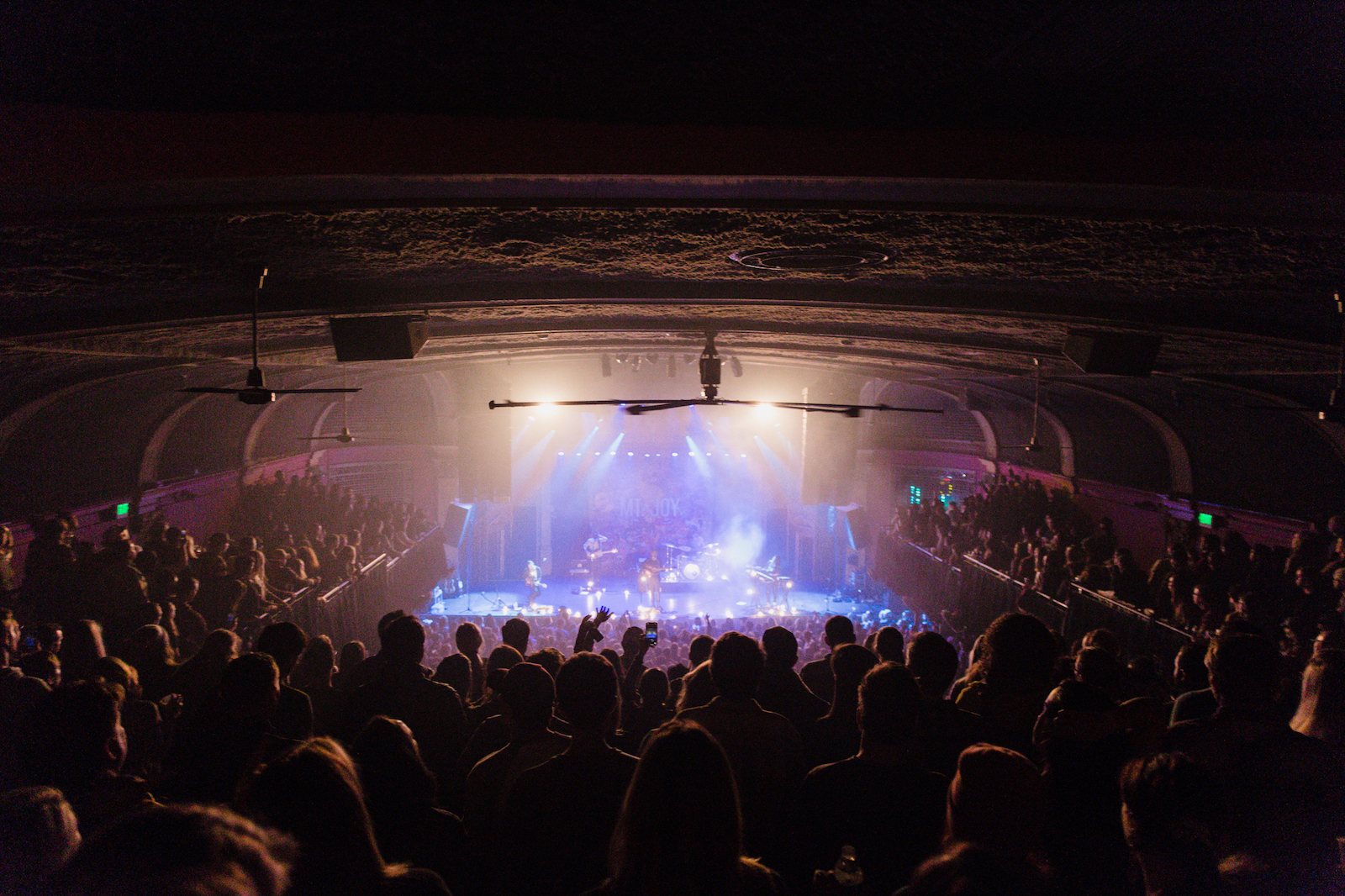 More than just breathing life into the songs from their first album, Mt. Joy also gave fans a glimpse of what they can expect in the future. Revealing to fans that they spent time over the summer recording new music, they performed a few of them, which have yet to be released. With audience grooving to the new music and roaring applause filling the venue, it’s clear that while Mt. Joy’s tour was a massive hit among their fans, the indie-rockers are far from reaching the zenith of their career.

After grooving on stage for nearly two full hours, the night finally came to a close – though many fans could have kept the party going much longer. Though the dancing, singing and celebration of both new and old music had come to an end, fans still found a way to revel in the joy of the evening. Gleefully waiting in line at one of the three merch tables in the venue, concert-goers happily supported the artists who had performed throughout the evening with praise for their sets and purchases of merchandise to remind them of the evening for years to come. 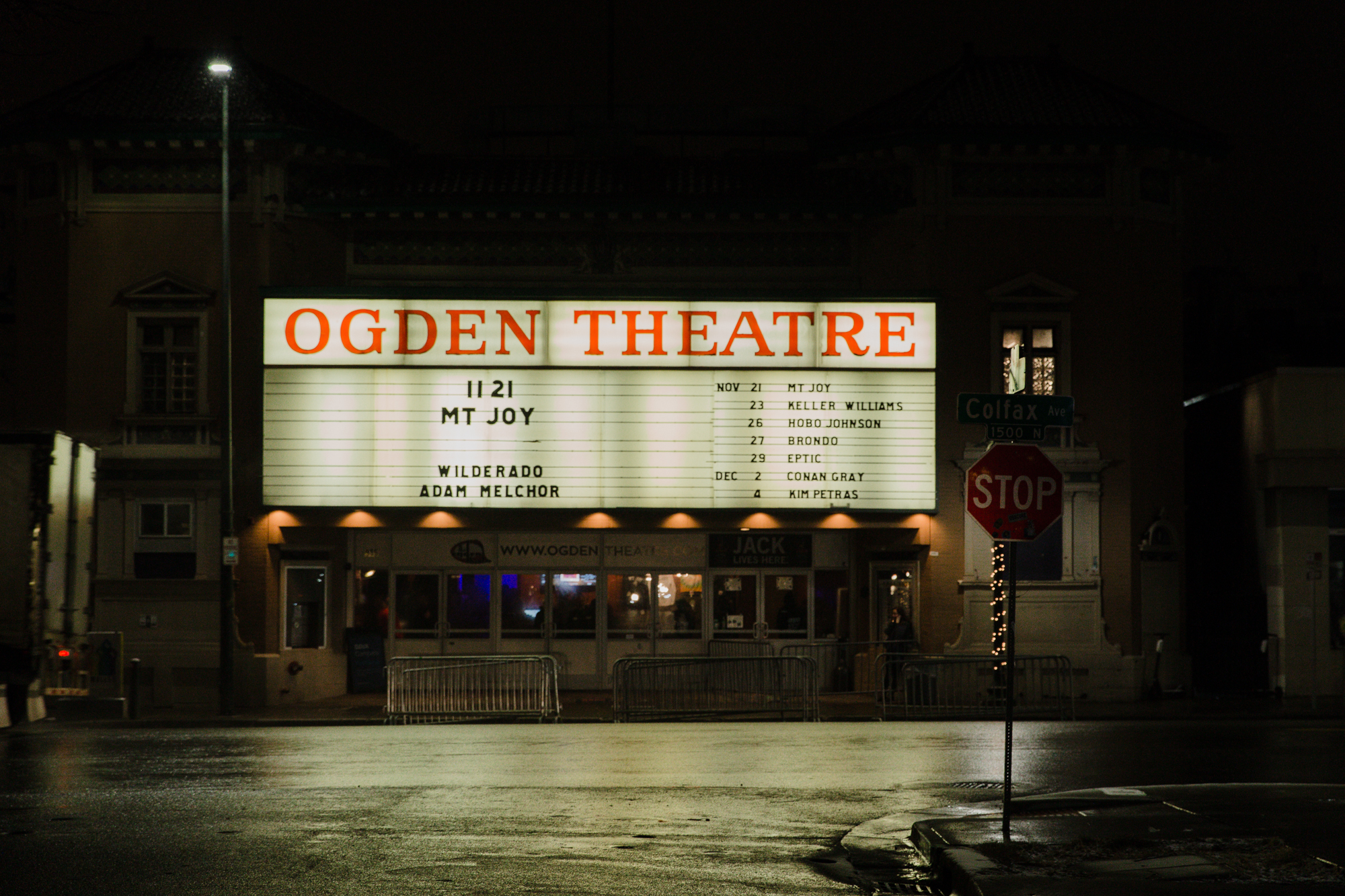