Show You Should Know – Matt Maeson To Battle His Inner Demons

Sometimes pleading for forgiveness and acceptance while other times embracing his flaws with the knowledge that he’s trying to become someone better, Matt Maeson writes music that is brutally honest and always relatable. Carried by his acoustic guitar, Maeson’s lyrics wash over listeners, wrapping around them like a wool blanket – not necessarily soft but always exactly what you need to keep warm.

With his compelling lyrics and the ease with which he delivers them, it should come as no surprise that the singer-songwriter has already developed a devoted following and sold out his second Denver show this year. That sold-out show will take place later this week when Matt Maeson brings his “The Day You Departed Tour” to the Marquis Theater. 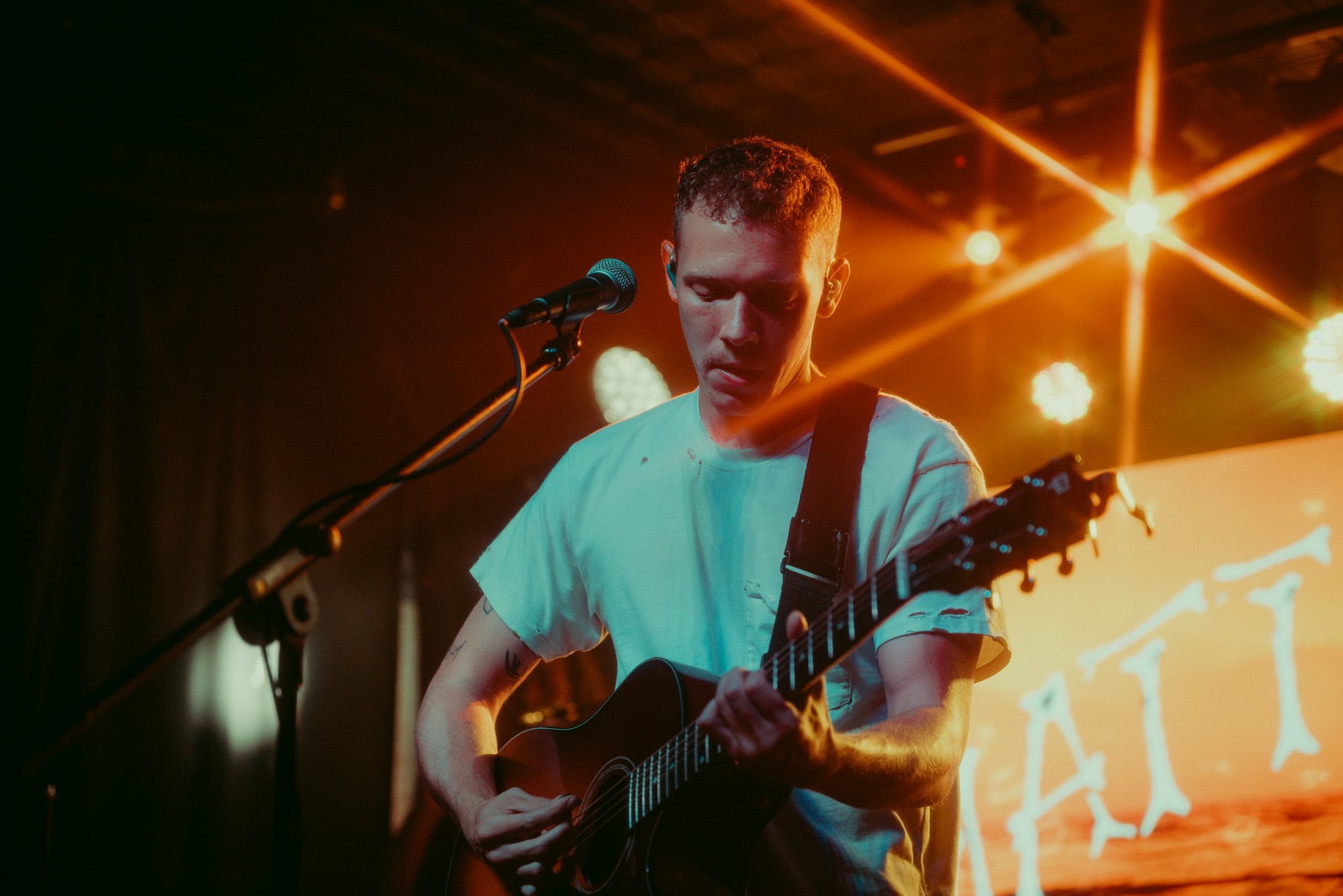 Maeson’s fanbase started growing steadily after the release of his debut EP, Who Killed Matt Maeson. “Cringe,” the breakout single from the album, became wildly popular after being featured on Spotify playlists, launching Maeson onto his current path. However, things haven’t always gone this smoothly for Maeson. Prior to the release of Who Killed Matt Maeson, the singer-songwriter struggled to find his place in the world and lost a handful of important friends along the way – an experience which served as the inspiration for “Cringe.”

However, despite the ups and downs of life, there’s always been one constant for Maeson — music. As a child, he spent his time touring with his parents’ band and absorbing mostly Christian and gospel music as a primary influence. With his family, he would play in a variety of venues including prisons and motorcycle rallies as part of his ministry’s outreach.

As he grew older, his musical tastes diversified from the Christian music he was raised on, expanding to include artists like Johnny Cash and Jeff Buckley. The newfound inspirations were what motivated Maeson to begin writing music of his own. He began writing in his bedroom closet and has been on a rise to the top ever since.

To date, Maeson has released a slew of singles, two EP’s and his debut album Bank On The Funeral, which was released earlier this year. The album, and accompanying stripped version, is full of songs which are indicative of Maeson’s identity as a devastatingly honest and vulnerable songwriter. His distinctive vocals bring an element to the music that showcases his sincerity. Drawing on his own life experience, there’s nothing forced about the content of Maeson’s lyrics. 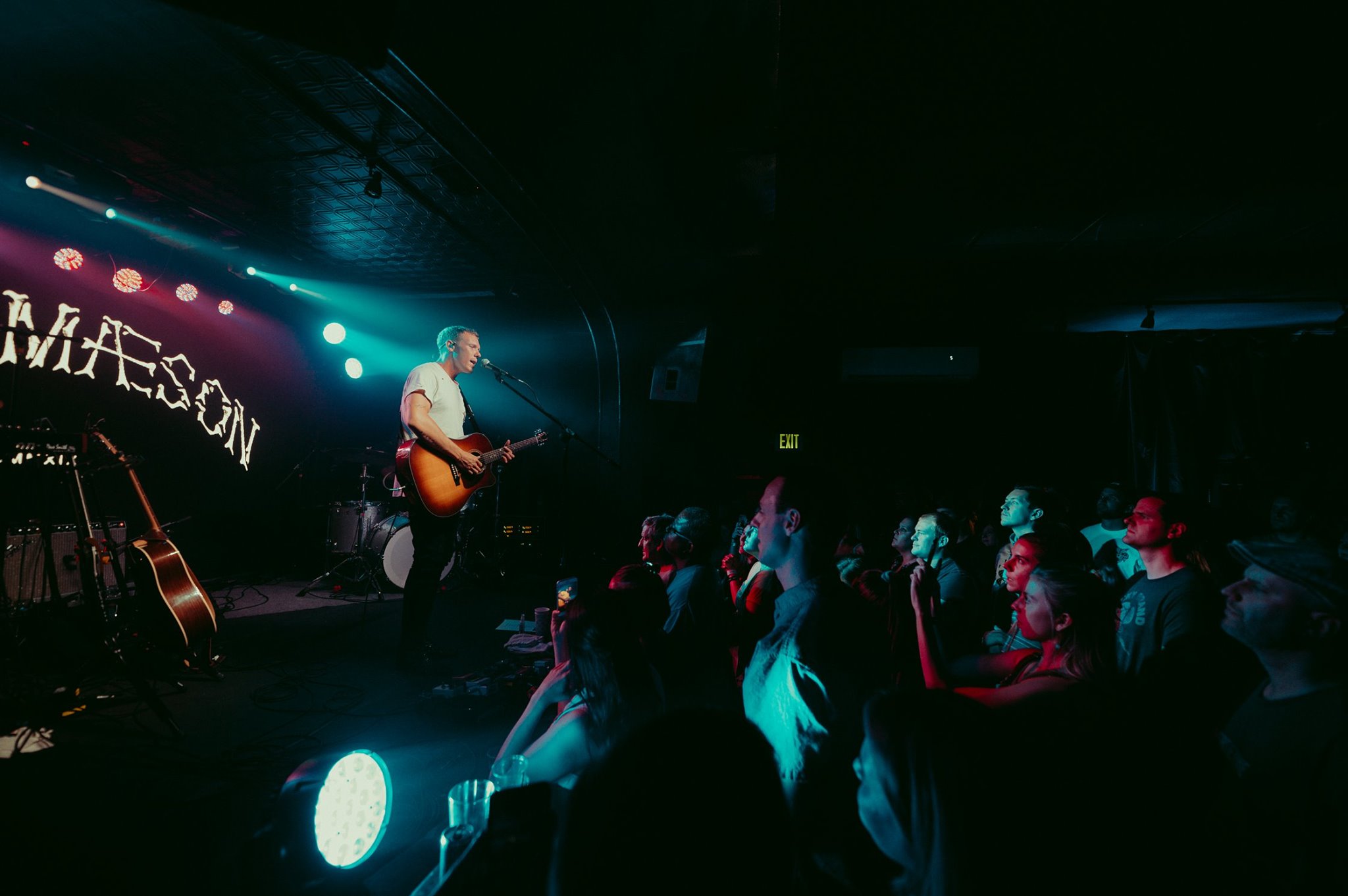 Sometimes exploring his own demons, other times searching for his own redemption, Maeson’s lyrics capture the difficulties of being human. Delving into his innermost depths, his music walks a fine line of self-acceptance and a desperation to be something better. Regardless of whether the lyrics feel hopeless or hopeful, Maeson’s music strikes a resonating chord with his fans – and will undoubtedly have a similar effect on music-fanatics who haven’t discovered his songs yet.

Exploring his own mortality – for better or worse – is a part of what fans have come to love about Maeson, and he shows no signs of straying from his vulnerability. Maeson will bring his current tour to Denver later this week, providing local fans with a chance to experience his vulnerability in person.

Matt Maeson will perform at the Marquis Theater on November 8.