For a while, Joel Ansett wasn’t sure if he would continue making music. After putting out his first album, he and his wife had their first child and music fell to the back burner. But when Ansett started his Kickstarter for his second album, A Place I Knew Before, the response was tremendous. “I knew there were fans out there but it’s kind of a nebulous thought,” he said. “I mean the crowdfunding was just an overwhelming, humbling confirmation of people allowing for me to keep writing.”

That confirmation came in the form of over $33,000 raised by fans and supporters. However, if those fans didn’t show up as they did, there may not have been a second Joel Ansett album. “I wish I was the artist like, ‘I don’t care if no one wants it or no one listens,’” he explained. “I did kind of need the encouragement of a community to say ‘Yeah, like, no, you should do that. You should do that thing.’” 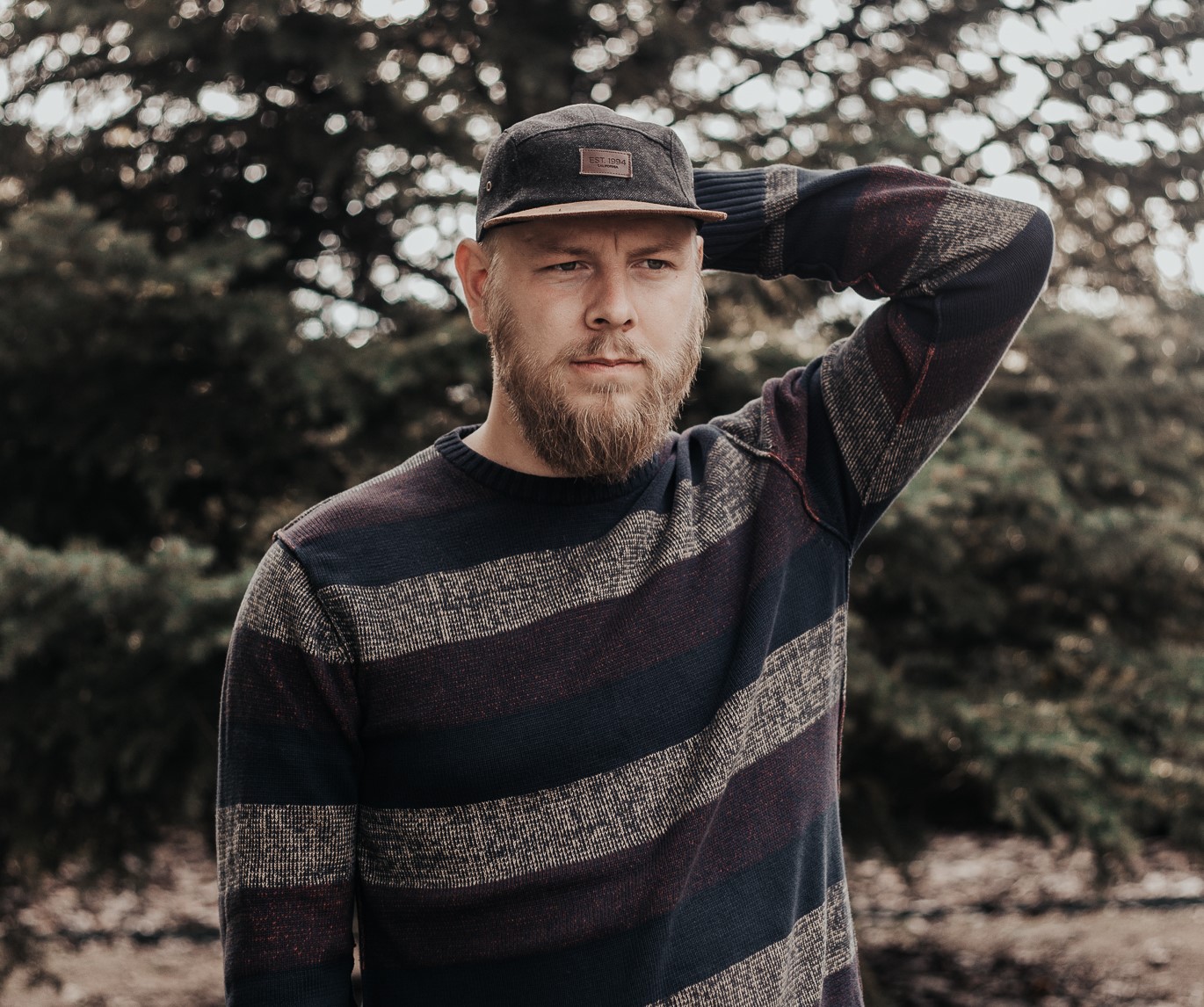 Ansett originally took a liking to song-writing when he started putting music to his sister’s poems in high school. He didn’t see it as a career option until he was cut from the basketball team while at college. “I got cut my freshman year, which was highly humiliating. Slightly traumatizing because I had built a lot of my identity around myself as an athlete and then that got taken away. So that was just it was a gut punch, for sure.”

After that, Ansett began song-writing earnestly. His community of friends encouraged him, seeing that there was something real in his talent. By the time he was getting ready to graduate, Ansett had given it some serious consideration. “The thought was, okay, am I gonna just go find a good job, find a teaching job somewhere, or do I want to give this the songwriting thing a shot? You kind of have a window to try something that you haven’t done.” So, he began his first Kickstarter for an EP and fell in love with recording songs.

“I mean my story isn’t really like me having a dream and then putting my head down and saying that I’m going to be an artist and songwriter. For me, it’s just one little step after the other, like, ‘Oh, this I could try this.’ And then it’s like, ‘That kind of worked.’ And then another little door opening and another little door opening and just a bunch of little doors right after another that I’ve kind of—it’s not even like they were flung open. I’d just like, kind of push on them and like, ‘Oh, that’s not latched,’ and walkthrough. It’s been a very gradual, gradual journey.”

Building a life in Denver for Ansett and his family, came about by serendipitous circumstances. Before embarking on a cross-country, DIY tour with some friends, Ansett and his wife put all their belongings in storage and prepared to make their home on the road. While on a connecting flight to Denver, he and his wife sat next to a man seeking an artist-in-residence for a city-centered church he was starting in Denver. “He had this vision of what if we have an artist-in-residence as one of our staff positions, that we’re just able to kind of give some stability and support to an artist?” Ansett described. “I hadn’t heard of a modern-day church ever caring about the arts, really.”

Ansett’s faith is the driving force in his life, but one he is not sure many people understand well. He is careful to articulate what it means to him. “I think people’s concept of God is way, way, way, way, way too small,” he said. He’s found that simply trying to explain his faith head-on in his music is “too intense” and not meaningful.

“I’m just trying to write songs. I’m just trying to write like, what has my experience been as a human being? What stories have I come into contact with as a human being? What stories are being told all around me? And thinking that all of it is sacred. All of it is jam-packed with meaning and purpose and intention. And then there’s not this, like, divide between sacred things and then secular things. It’s just all fair game. So, in my mind, any song is that—is that you’re telling a truth about the world but at a slant, at an angle. That isn’t the whole story, but it is one experience of what the story is.” 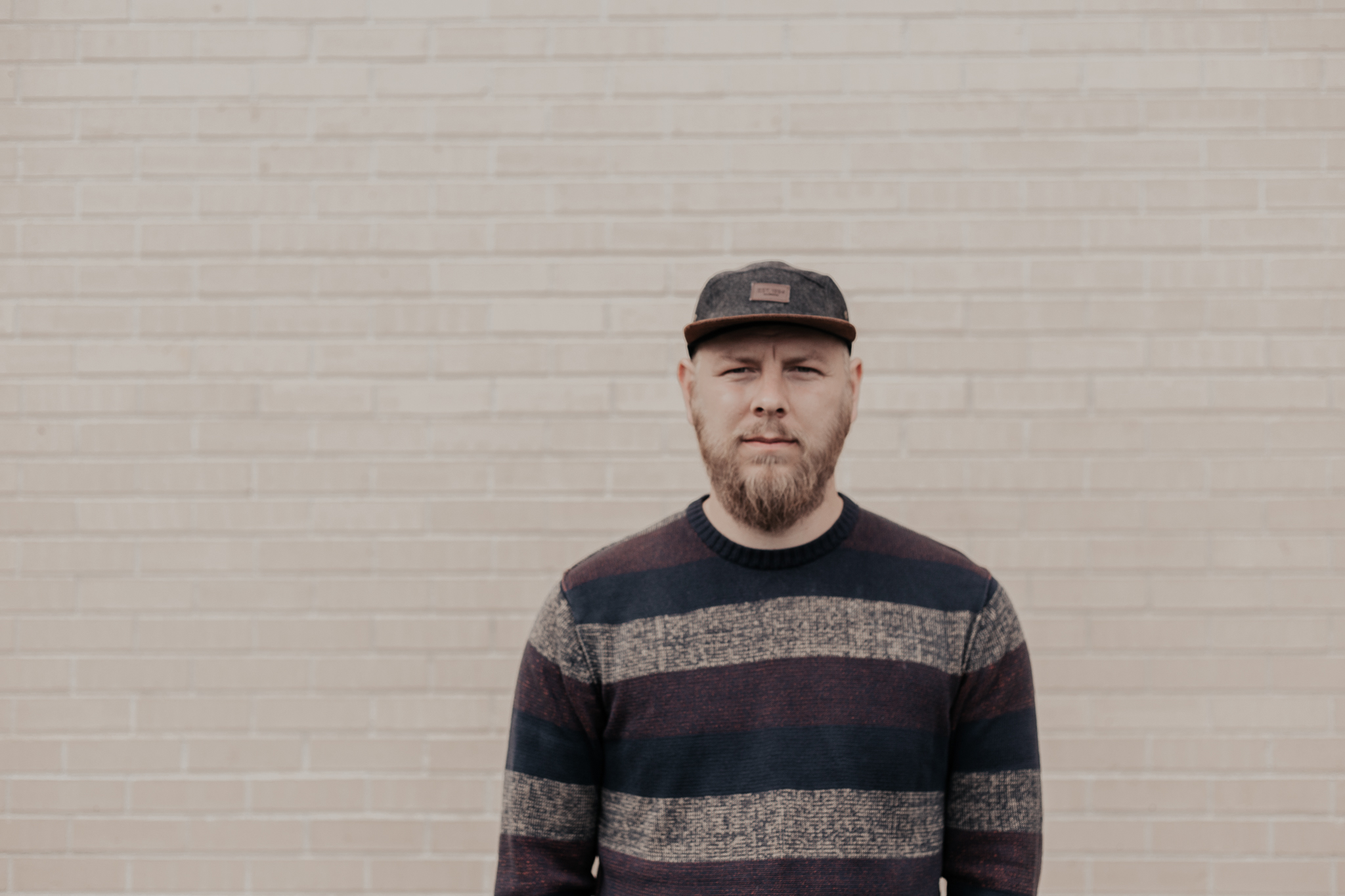 Something that makes Ansett’s ability to create such moving music so incredible is his lack of professional training. It’s something he readily admits he is insecure about. “I’m a little bit illiterate when I’m in a room with other musicians,” he said. “And that’s the thing, I really I feel like a songwriter more than anything.” However, Ansett digs further, connecting this small picture insecurity to a broader view of his doubts regarding his identity.

“I mean that’s small picture doubts though, I mean the big picture doubt is just, like, basic human fear of—there are big ones like, not having enough. That’s pretty—that’s pretty common, like, am I going to have enough? Then, doing the work of tracing that fear down to the root of a fear of not being enough—just a basic daily struggle, like, am I valued? Do I have any value inherently? It’s a little bit of spiritual warfare at some level for me. Just questions of my own worth and value, like, why am I here?”

The big picture struggles can feel overwhelming to Ansett. While producing the album in Los Angeles, he described the pressure he felt to succeed and create meaningful art for his fans. “Internally, I was learning the difference between making art for approval—which is incredibly exhausting and poisonous to art,” he explained. “So, it’s for approval versus from approval. If you can get to a place where there is confidence in your worth and your value and then create from that, it’s just so much better.”

For his second album, Ansett poured himself into writing songs and the result is a poignant, intimate record detailing his feelings of homesickness, doubt and spiritual struggle. His ability to write so eloquently about these difficult feelings comes in part by his complete willingness to feel them. “I like grieving,” he explained. “It’s a weird personality thing, but there’s something that’s healing for me because I know there’s maybe healing on the other side. I enjoy going into the pain for a second to try and get through it.”

“For whatever reason, a lot of the stories around me maybe the last two or three years and in my life, too, are just a lot of tragedy, hardship and brokenness. And it just feels like, ‘Oh, like, this is not how it’s supposed to be.’ It’s clear as day like, ‘No, this is all—this isn’t correct.’ It’s longing for—honestly, longing for a perfect world and then grieving the brokenness that was in me and then that was all around me, too.”

The last song off A Place I Knew Before, “Dwelling Place,” is one of Ansett’s favorites and deeply personal to him. Fittingly, it was the last song he wrote for the album and he described the process of writing the song as a realization of his fear. “I had gone through the whole album and I saw that the words ‘scared’ or ‘afraid’ or ‘fear’ were in most of the album,” he said. “I was like, oh my goodness, I’ve been, I’ve been afraid. I’ve been afraid of things or been feeling scared for a while. And so I needed that voice to end the album saying, ‘Don’t be afraid. Don’t be afraid.’” 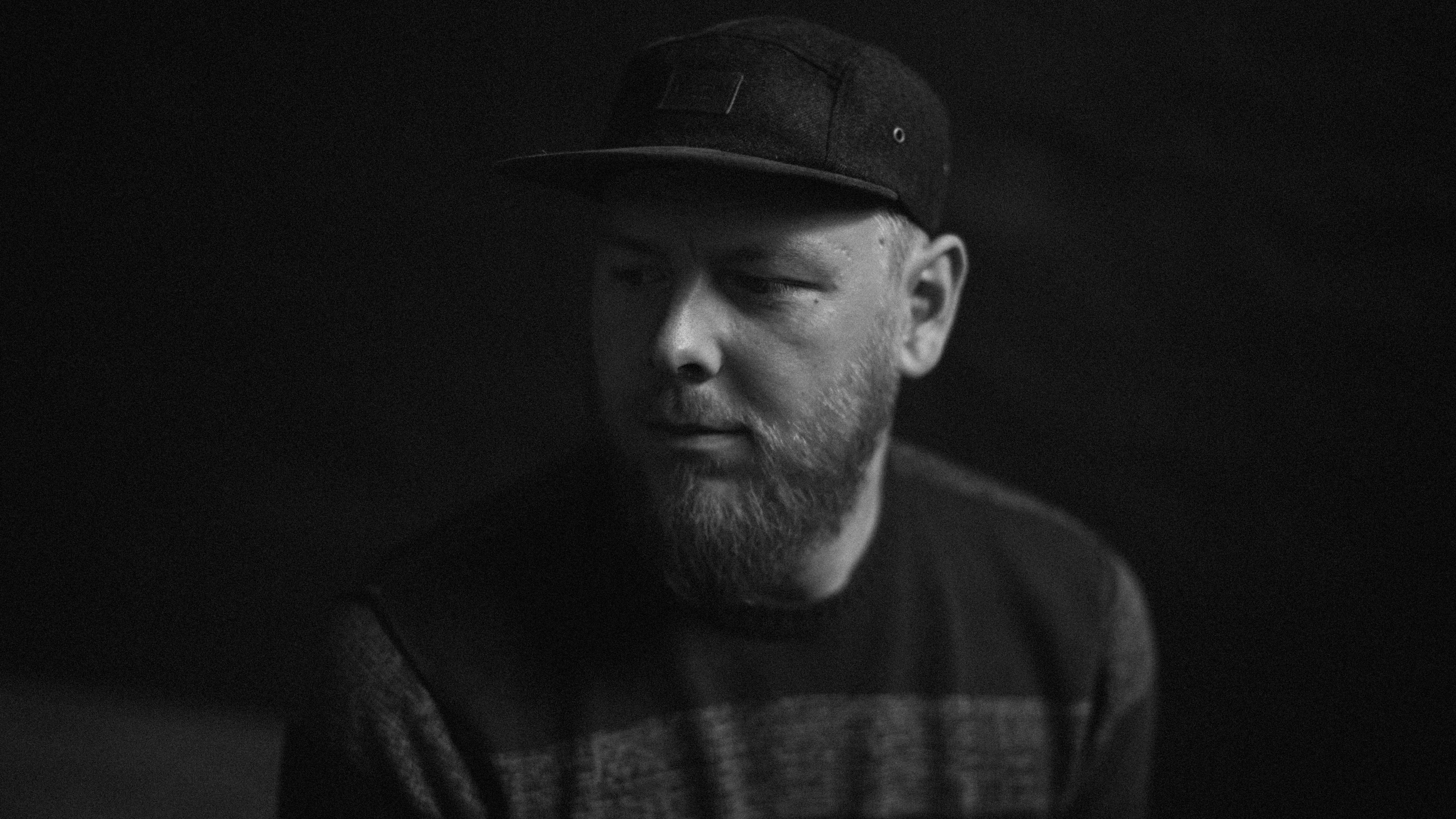 He spoke about the final lyrics of the song, recalling his son playing with a rabbit in Cheesman Park, where most of the album was inspired from. In that innocently joyful memory, Ansett still described himself returning to his spiritual struggle. “Even that big moment of joy and me just being overwhelmed with love for my son, that led me right back into the wrestling with God,” he said. “You’re like, ‘Wait, God, is that—is that how you feel about me?’ And wanting that to be true. Wanting that to be true, but also just wrestling with shame and doubt.”

Ansett recognizes that everyone will view his songs differently, each listener through the unique lens of their human experience. He hopes that listening to the album will give people clarity and insight into their own personal struggles. “What I love about music and songs, is the power they have to destroy loneliness or destroy feelings of isolation and maybe give people a moment of feeling their—the weight of their existence and their worth,” he said. “But not in a way that’s overwhelming or crushing, in a way that’s kind.”

All photography by Tyler Krippaehne, courtesy of Joel Ansett. Listen to A Place I Knew Before.