By this time next month, it will have been two years since Redline Contemporary Art Center (partnered with Denver Arts & Venues) instituted its funding projects focused towards independent arts initiatives. Both the Safe Occupancy Program and the Safe Creative Spaces Fund have been at the forefront of a heightened national awareness surrounding issues of safety and accessibility which face many independent “DIY” collectives in Denver.

Though the term “DIY” may objectively have a negative connotation implying pieced-together unprofessionalism, a DIY label is often coveted within music and arts communities as it suggests freedom from for-profit enterprises or venues. Freedom from corporate strictures means freedom to create without boundary and with credit given where credit is due. Still, this freedom comes with a cost to many, in more ways than one.

In 2016 a small warehouse collective in Oakland, CA, known as the GhostShip, was victim to the deadliest building fire in America in two decades during a show. The fire ultimately ended up killing 36 partygoers. In the national aftermath of the tragedy, many of Denver’s formative DIY venues, like Rhinoceropolis & Glob, were (and are still being) raided, shut down, or otherwise closed for the foreseeable future in lieu of a safe solution. 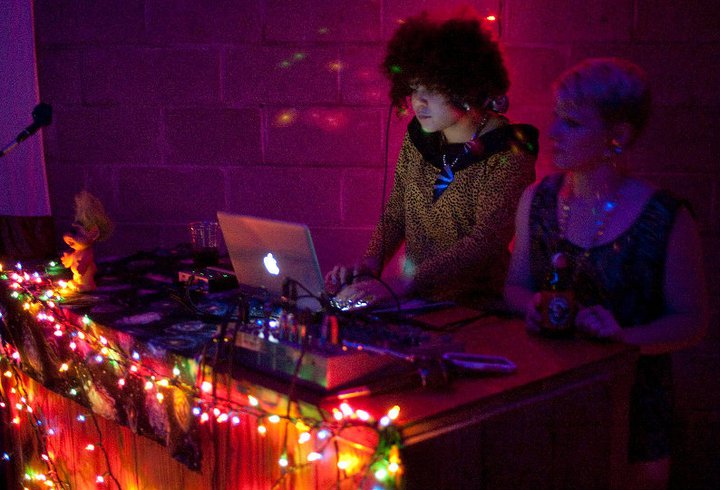 Since the GhostShip Fire and the rollout of the Safe Creative Spaces Fund, many initiatives in Denver have turned to help from the city, but others still feel that asking for city aid is a risk implying inevitable closings. This schism in the DIY arts scene has further been inflamed by the impending arrival of the nation’s second Meow Wolf installation, arriving in Denver in 2021.  The Denver complex will be three times larger than the initial corporate infrastructure in Santa Fe, New Mexico. 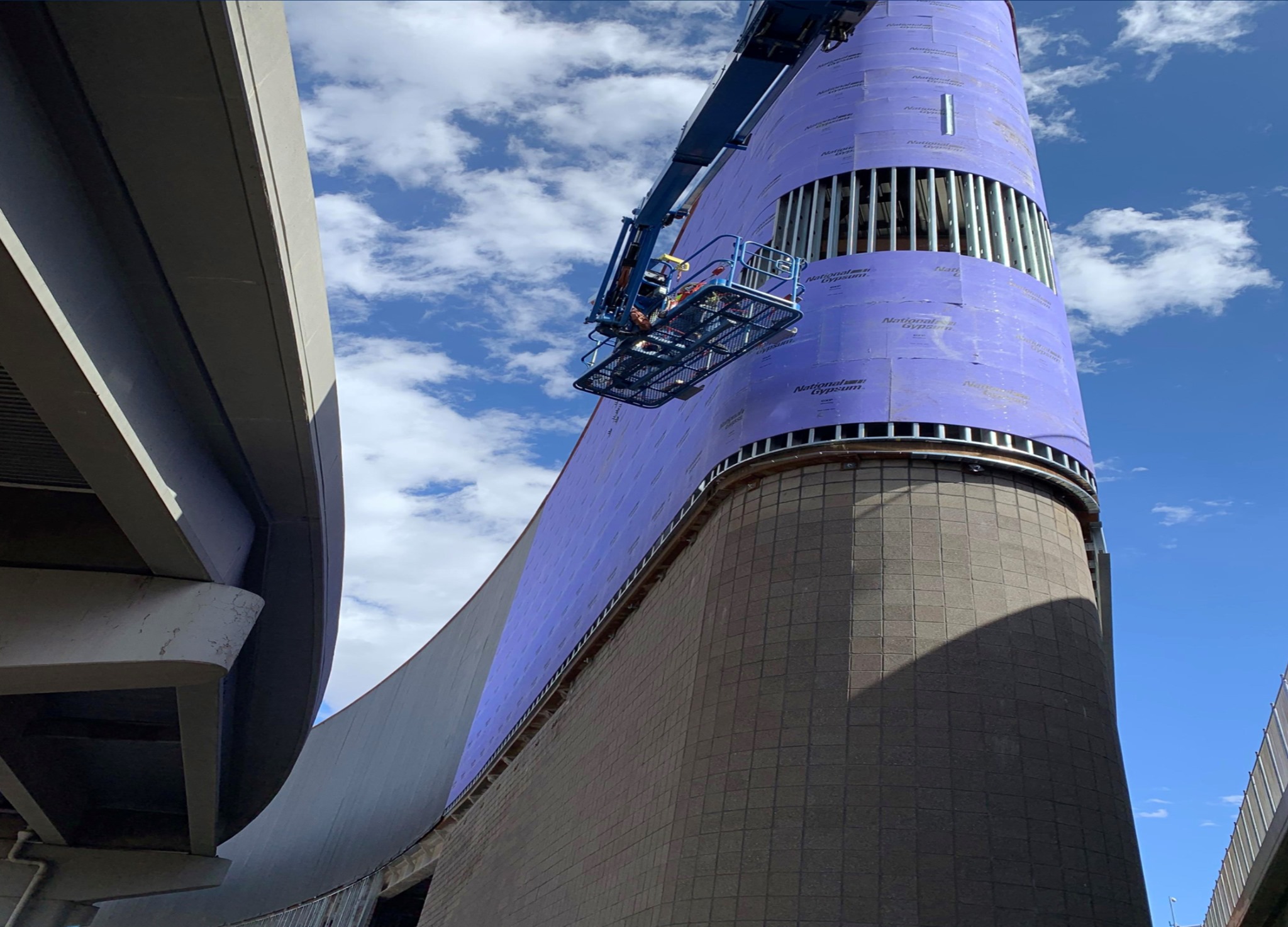 The echo of this corporatization has been heard across art communities since it was announced. Venues, musicians, and artists alike have been consistently knocked off their feet, co-opted, and subsequently placated by externalized funding efforts and corporate contracts. Still, on the other side of this collective cognitive dissonance caused in the wake of the 2016 GhostShip chaos, a third alternative for DIY spaces has arisen.

In the second year of recovery from the GhostShip Fire, Denver’s DIY collectives are doing what they have always done best — adapting.  Rather than repair a venue or choosing to corporatize, many initiatives are simply rejecting any notion of grounding themselves in a recognized venue. Where venue once framed experience, music, or art, it is now the experience that frames the venue. DIY is collectivizing.

One of Denver’s said collectives, known as the Human Cluster Project, is at the forefront of the movement away from the established venue. Only coming together in March of 2019, HCP actively leads an effort towards inclusive, accessible artistry. Their signature events like their “Art House Shuffle” include a slew of local DJs, musicians, dancers, poets, visual artists and more. Their only constant is their constant regrouping — choosing a different location for each event, highlighting different local musicians and artists each time.  To get a better idea of what’s changing in Denver’s DIY communities, we had a word with HCP co-founder Padideh Aghanoury. 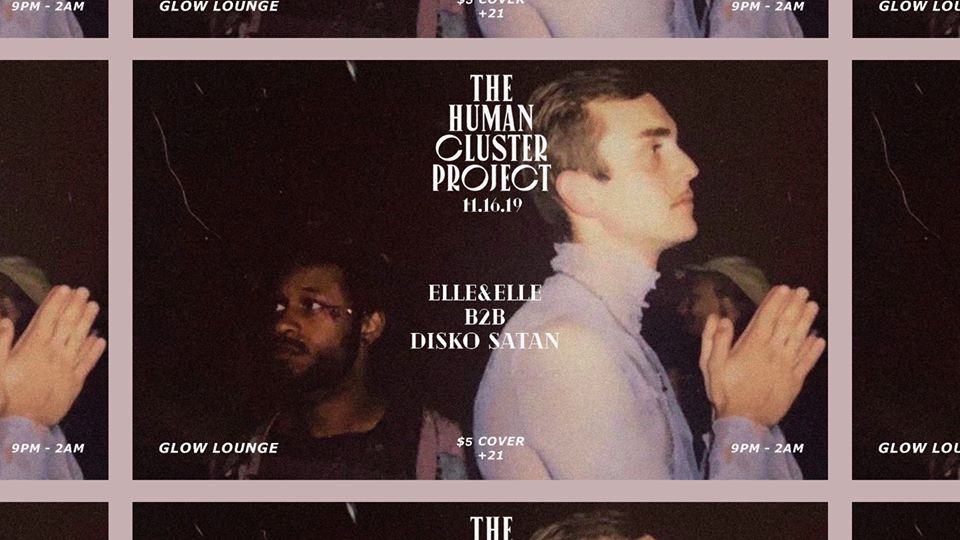 Padideh Aghanoury: We aim to create an artistic community and uplift talented underground artists who deserve a platform. We tend to support artists of marginalized identities, such as artists who are queer, trans, people of color, working-class, disabled, etc. Essentially, we are a collective made up of these intersecting identities, and we’ve bound together to create an environment in which we can express ourselves, and we invite others to do the same.

303: What do you think incited the need for collectives like HCP?

PA: The creative industries are ripe for exploitation, and many of us have had our passions exploited. We need protection from these external forces otherwise we’ll cease to exist. There are so many unbelievably talented people out there, but because they don’t know the right person or didn’t go to the right school or weren’t born in the right neighborhood, the world is deprived of their work. That’s fucked up. We need communities in which art can exist for art’s sake, for the sake of self-identity and self-expression. We want music and art to be accessible since they bring us so much joy. And as it turns out, we aren’t the only ones who feel that way.

303: How has the slew of DIY space shutdowns in the past few years affected HCP?

PA: Spaces are far more expensive to rent out now, and that just crushes artists with very little money to begin with. Luckily, a few spots like Rhinoceropolis and 1010 have reopened, so there are still venues for [DIY] music. Overall, the most unsettling aspect of the GhostsShip fire that prompted all these shutdowns is how even just artists who performed are being held liable. It’s crazy, it’s unbelievable, and it is for sure killing the DIY scene.

303: How do you think larger initiatives like Meow Wolf are changing the DIY scene in Denver?

PA: It’s an interesting question. On the one hand, they have pretty much corporatized DIY art. They underpay and exploit artists, and they own those artists’ work too. They have a board and a CEO. On the other hand, they do hand out a good amount of money to local art initiatives, which is nice, but at what cost?

303: Most of your events are held outside of traditional “venues.” Why?

PA: Honestly, because none of us have the money nor the desire to rent out a [venue]. Also, house parties are always fun. Our Art House Shuffle is literally just that. You’re in a house, and you’re shuffling from artwork to artwork. We also don’t want to charge a cover, so we just ask for suggested donations. The band Fugazi specifically chose venues to perform at that would allow for no more than a $5 cover to maintain punk music’s accessibility.

303: Do you guys have anything in the works right now that you can tell us about?

PA: Yes! We have a dance party on November 16 at Glow Lounge, and our next Art House Shuffle will take place on December 7.  We will be soon announcing a call for artists to showcase their work at the Art House Shuffle, so stay tuned. And finally, we have a very, very exciting announcement on January 1, 2020, so definitely keep those gorgeous eyes peeled for that.

Collectives like the Human Cluster Project spell a new beginning for Denver’s DIY communities. These collectives are often historically born out of the struggles of rapid urbanization, so adaptation is no new news to them.  The option to collectivize and opt-out of traditional venues has been resorted to in the past and will be the solution to offer new life to communities in Denver that have recently been presumed and predicted dead.

Note: Padideh Aghanoury is also a staff writer for 303 Magazine.