Deep Cuts – Synchronicity, a DJ Trapped in a Producer’s World

Amye Broziel could very well be considered one of Denver’s busiest DJs. When she’s not on the decks, Broziel can be found doing nearly everything from running the ticket and merchandising booths at the Black Box to running all the social media pages and marketing the events of Sub.mission. Needless to say, without Broziel, who knows where Sub.mission would be today. She also writes for a variety of electronic music blogs such as FatKidOnFire, the now-defunct blog The Dankles, the Black Box’s blog and Sub.mission’s blog, to name a few. Broziel’s relationship with Sub.mission began in 2014 as a marketing internship, “that basically just never really ended,” Broziel said with a laugh, as an explanation for how she has attained the important role she plays in the production company.

Having studied sociology and creative writing at the University of Colorado Boulder (CU Boulder), marketing and promotion seemed like an unlikely career choice for Broziel — DJing, even more so. “I was doing a sociology project on EDM culture that I took, like, way too seriously,” she joked, describing going to the club every week, taking notes on the patio and interviewing attendees. At the time, she didn’t really have much of a connection to the scene. But as she spent more and more time immersed in the dubstep community, she realized that DJing was a hobby that was actually within her reach.

“I didn’t realize that you could just be a DJ and not produce.”

“I realized eventually that I was surrounded by DJs pretty much all the time after I got into Sub.mission.” She figured, what the hell, she already has a top-notch selection of tunes, and finally stepped up to the challenge in perhaps the most intimidating environment — a DJ battle. Broziel described her first DJ set as “ a shitshow,” explaining how unprepared she felt — and yet, Broziel has dramatically advanced her DJ skills in a relatively short amount of time. She went from train wrecking at a DJ battle four years ago to playing as a featured guest on Sicaria Sound’s Rinse.fm show back in July of this year.

When she first started out DJing, Broziel played mostly dubstep and she’s stuck to the genre ever since, for the most part. “Dubstep struck something within me. I’d kind of discovered Sub.mission almost on accident. It was the last year that Sub.mission had a stage at Decadence, and it was the first time I heard ‘real’ dubstep and I remember thinking, ‘damn, this is what I’ve been looking for,’” Broziel relayed.

“There’s a totally a unique [to Denver] underground dubstep ‘sound,’” Broziel stated matter-of-factly. The local underground dubstep scene that Broziel describes paints a portrait of Denver’s distinct sound — along with its overall contribution to the international fabric of underground dubstep — as a special type of magic. She also pointed out the fact that a lot of bigger dubstep artists are moving to Denver, wanting to be a part of the electronic musical renaissance currently transforming Denver’s, as well as the rest of the world’s, underground landscape. 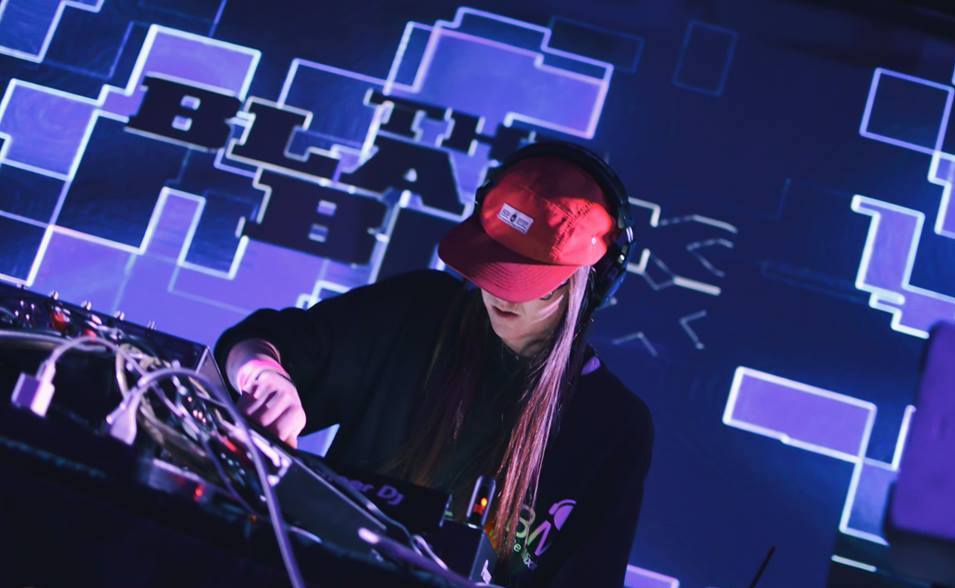 Originally hailing from Chicago, Broziel distinguishes herself from fellow Chicagoans in that she rarely listens to anything below 140 bpm — such as house music, a rarity for someone who calls the birthplace of house music home. Not only that, but Broziel has a penchant for music designed with a particular sound system in mind. Whether she’s listening to dubstep, jungle or drum n’ bass, all of her favorite music is meant to be heard on a club sound system, like the custom Basscouch systems housed at the Black Box. “It’s a big reason why I DJ,” said Broziel. “To make sure that that’s the kind of music that people are hearing when they go to the club.”

Broziel prefers mixing on CDJs over vinyl, “mostly because vinyl is just too expensive, man,” as well as far more cumbersome for DJ gigs than a thumb drive loaded up with music. Not one to fully knock the craft, however, Broziel rarely uses all the bells and whistles that accompany CDJs, like cue points, and DJs with only the slightest sprinkling of filters and the occasional dub echo — an approach to DJing inspired by the older generation of DJs that helped her learn, who all spent their careers on wax. However, Broziel’s at-home studio set-up includes two Pioneer CDJ-900 Nexuses, one Pioneer CDJ-2000 Nexus and a Pioneer DJM-900 mixer. 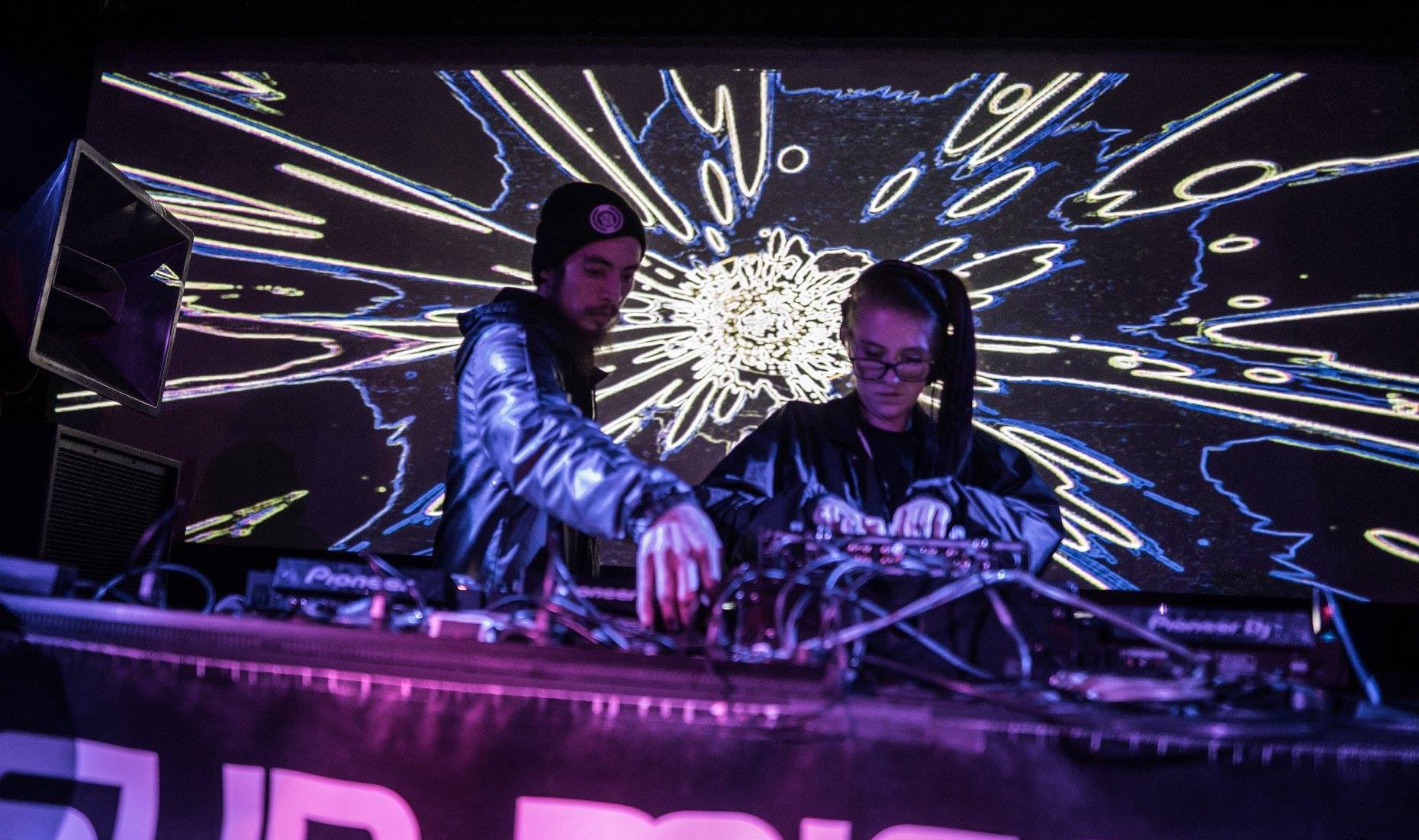 Broziel happily expresses her lack of interest in becoming a headliner. “I think DJs are really important,” she said, particularly because the role of a DJ is to provide a unique selection of music that not only fits the setting but also hopefully showcases new sounds to people who may have otherwise never have been exposed to those styles or tracks. The role of a DJ is, first and foremost, to play good music, keeping the selection fresh and taking listeners on a journey. Often, DJs are the ones who help spread new music and get listeners hyped on a new style or take on an older genre.

DJs are like book reviews. There are simply far too many books in existence, too many books published on any given day, for one to be able to read each and every single one of them. People turn to lists like the New York Times Book Review in order to be told what books are worth cracking open. The listener trusts the DJ to show them something cool, something exciting, something so sonically ground-breaking that they go and buy the artist’s album that night when they finally stagger home from the club— much like the reader trusts the Paris Review to guide them towards a juicy new novel that they may have otherwise overlooked.

Like the book review, a DJ listens to hours and hours of music in order to narrow down to an hour or two of the best music — book reviewers must read an entire book before they can claim whether or not it was a literary work of significance. Not everyone agrees with book reviews, and not everyone digs a DJ’s set, but that’s why there are hundreds of book reviews and thousands of DJs. As a DJ, “you want to show people something new,” Broziel asserted. “It’s a social art.”

“Producers will gripe online about DJs ‘getting bookings when they don’t even make their own music,’ and it’s because they actually know what the art of DJing is all about!” 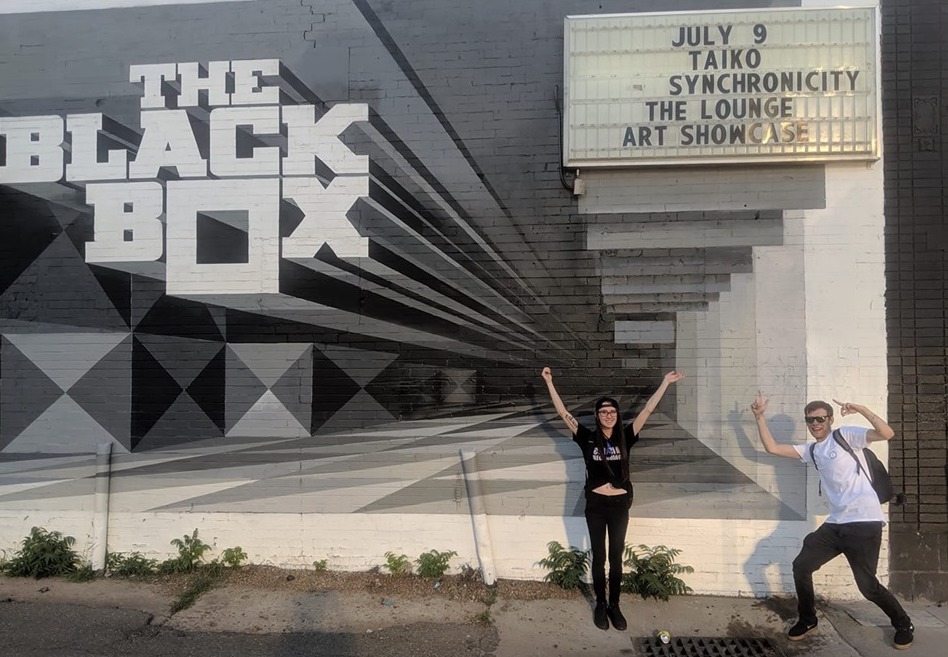 1. Fill Spectre & ETHER — “And Then Flowers Grows From the Pieces of Their Bodies”

Fun fact, ETHER is based right here in Denver. This dark, brooding track takes listeners into a dark cave filled with glittery wet rocks. While there are deep basslines and hyper-detailed percussion, it’s the slow-building melody that culminates into a delay-laden guitar solo that really drives this 2018 track.

This slow burner from Retina dropped on October 14 of this year and firmly encapsulates Broziel’s penchant for more abstract and experimental dubstep. From the minor notes that scale up and back down to a kick in the second half of the track that upends the conventional dubstep rhythm, this track makes for a nice change of pace in the middle of a mix.

This track drenches listeners with distortion, submerged in ominous frequencies that feels like a soundtrack to an AI taking over the world a la Neuromancer. It’s a dark and brooding builder of a track, a very fitting track choice from Synchronicity.

Nothing spices up a dubstep set like a splash of hard-as-hell rap — in this case, courtesy of London-based Rocks FOE. This track fits well with dubstep because of its Burial-style syncopated rhythm and its simple but effective melody, leaving plenty of room in the ear for the vocals.

Another Denver-based producer, this Dillard track evolves and warps throughout its duration, blooming into a fully-fledged, six-minute journey. This 2017 track is reminiscent of Breakage with its very muted and minimal sound, delay effect and water samples. However, Dillard applies his own unique touch on the sound, making it his own.

Taking off with an abstract, avant-garde introduction, “Phantom Crash,” uses chirps and little noises to build into a cacophony of dark dubs that bounce and echo around in a mesmerizing pattern. And before you ask — yes, Ulmo is from Denver as well. His EP “Pieces of Loathe,” served as the debut release for Denver’s very own left-field bass record label, FridgeWorthy.

This song sounds almost cutesy considering the dark undercurrent of all the deep cuts from Synchronicity. But don’t be fooled by the toy piano — a heavy, rumbling bassline saws through the lighter elements and weighs down the track with deep dubs.

You can check out Synchronicity, who is a resident DJ for Sub.mission, at the Black Box on Electronic Tuesdays or sharing the bill with some of the most cutting-edge artists in the left-field bass scene any night of the week. For a full list of her upcoming shows, go here.