Meet chitchat, the Duo That’s All Action and No Talk

Pop duo chitchat is probably the freshest band in Denver. Literally. Madisen Kwon and Josh Kern are barely out of the gates — their single “Play It Cool” came out about three weeks ago, and the duo’s debut original single “Right Here” dropped September 9. To add an additional layer of freshness, Kwon and Kern met on Tinder. It’s an element of their relationship — the fact that they are in one — that they don’t advertise. But it works for them, and they’re not going through an effort to hide it.

Their story goes like this — Kwon and Kern matched on Tinder in the summer of 2016. After talking for a while, Kwon and Kern parted ways until they reconnected — again via Tinder — several months later. Then Kern heard Kwon sing.

“We wanted to do this cover song by Julia Nunes,” Kern said, the song “Make Out.” Kern is a music producer who was previously part of local band Left Hand Shakes. Kwon is a trained singer who also plays several instruments — the guitar, piano, flute and ukulele to name a few. Their playful cover introduced a new singing style to Kwon and a new production style for Kern.

“By the time it was done, both of us were like, ‘Whoa. Holy smokes.'” Kern said. “‘What is this we have stumbled upon?'” 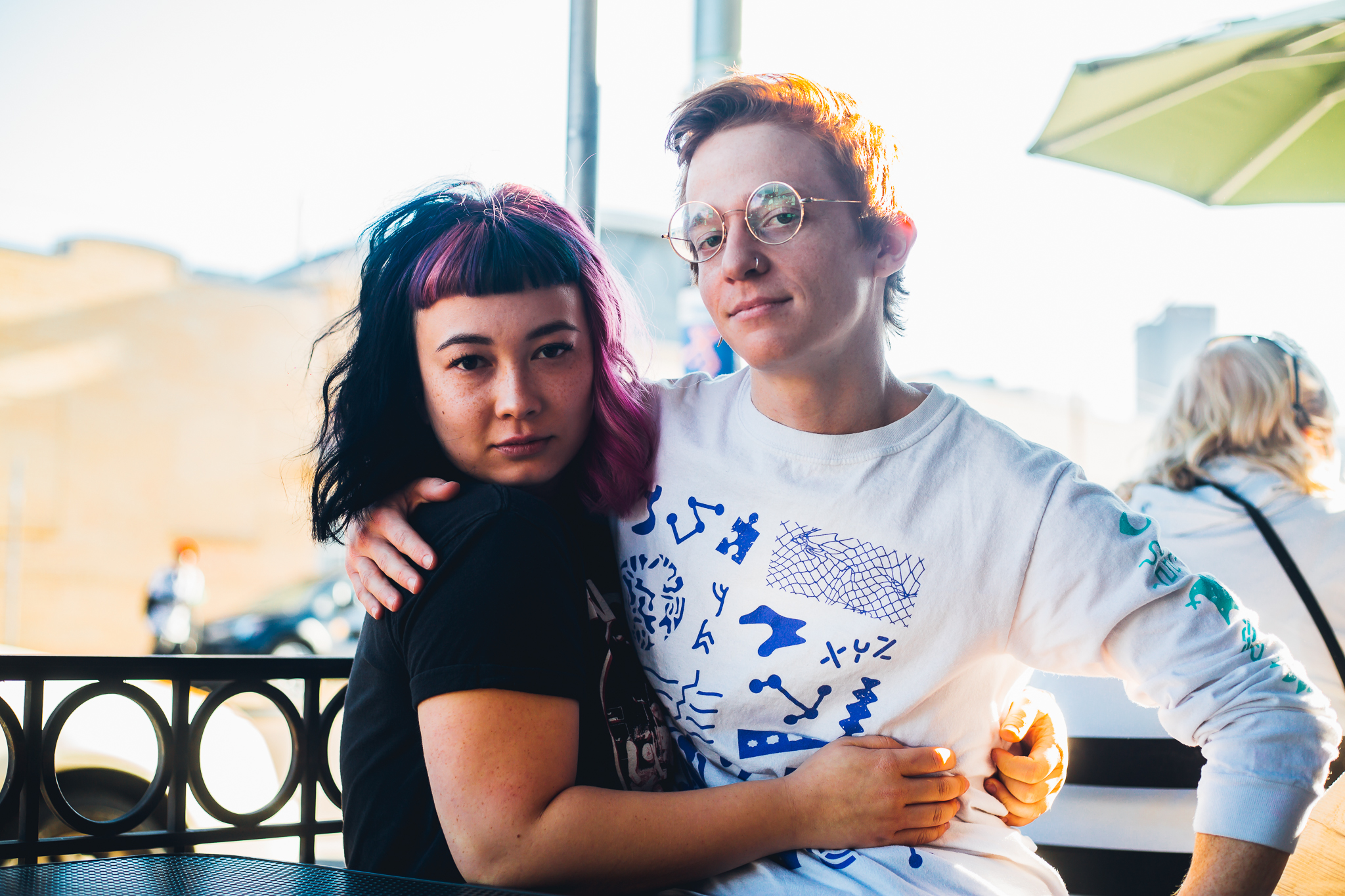 What they stumbled upon is a pop sound that is understated in its production and clear in its message. Like most good pop, it just works. Kern and Kwon insist upon each other’s importance in the songwriting process, but it is their brutal honesty to each other during the editing process that gives chitchat its professional and gimickless sound.

“The recipe for a chitchat song?” Kwon started. “One: Fun sounds. That’s Josh’s domain. I wouldn’t call myself synesthetic or anything, but when I hear some of the sounds Josh makes, I see things. I feel, like, colors.”

Kern’s production style, he says, flows along what he sees as a positive direction in pop — ’80s-esque synth sounds. But a modern take on that.

“I think there are a lot of bands doing the ’80s thing right now,” Kern said. “I think if we just shoot straight down that corridor, it ends up kind of sounding same-y.”

chitchat is not “same-y.” The duo’s songs are polished and professional, despite their rarity (so far, they’ve only released three songs.) The songs are also extremely catchy and channel an exciting restraint reminiscent of Sylvan Esso.

After realizing the collaboration gem they’d tripped over, the couple decided to cover another song, “Supercut” by Lorde. They released it last May, and it got the attention of electronic label Proximity, which re-released it under their name.

To stand out in their genre, there’s usually a certain self-awareness an artist has about their sound — what makes it work and what sets it apart. chitchat’s self-awareness is so new it’s refreshingly humble. For example, when talking about “Play it Cool,” Kwon said it sounds like something she could “stick my arm into” or “go swimming.” When it fits, it fits.

chitchat has no release date for an album, but they have eight or nine singles in the works. They plan to drop them strategically, one after the other, starting after the holiday season comes to a close. It’s a bit of a wait, but after their first two releases, we should feel confident we’re about to receive some all-action, no-frills pop.

Catch chitchat perform at the Larimer Lounge Friday, November 29 with Catching Flies. The show starts at 9 p.m. — Tickets can be bought here.