Winter Is Coming And So Is WinterWonderGrass 2020

The festival that has now become a Colorado staple will return for its eighth year to Steamboat Springs on February 21-23. Between his newlywed life, Campout for the Cause and the three WinterWonderGrasses — Steamboat, Lake Tahoe and Stratton, Vermont — founder Scotty Stoughton is a busy man, but he’s making it all happen. A major part of the puzzle is keeping the three WinterWonderGrass lineups fresh and exciting each year, and the lineup announcement for 2020’s festivals prove Stoughton has done it yet again. The lineups don’t just rotate each year but are carefully curated and crafted to feel new, especially to those who are batting eight for eight years.

The first headliner announcement comes with much excitement since this band is coming off a high from their first ever three-night run at Red Rocks back in September. Greensky Bluegrass will make its return to the Colorado edition of WinterWonderGrass in 2020 after having taken 2019 off. In even bigger news, exponentially up-and-coming Billy Strings has been upgraded to headliner status after having blown up the bluegrass scene this past year. The third headliner is a new face to WinterWonderGrass, which is part of why we keep coming back year after year. In 2020, WinterWonderGrass will introduce Nashville-based country singer-songwriter Margo Price to its stage to mix things up and bring some extra novelty to the festival. 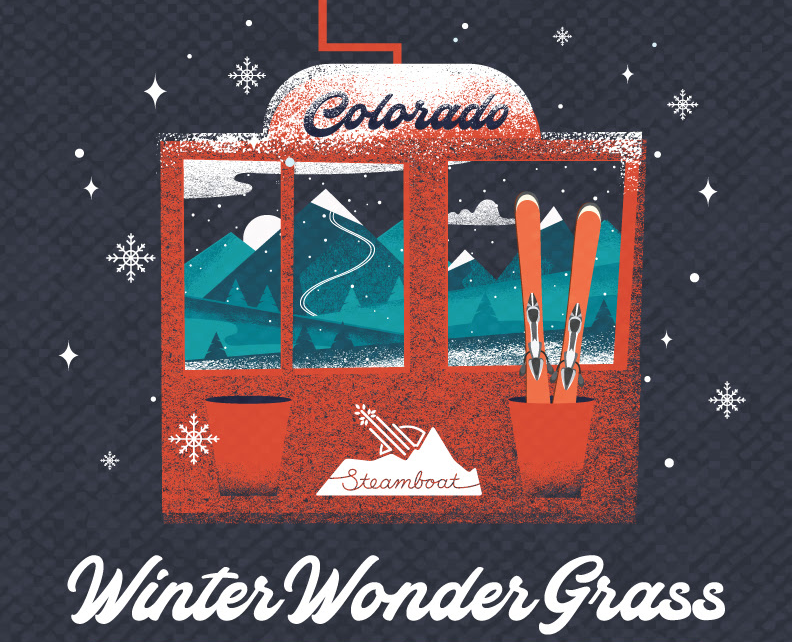 The weekend’s special guests will be Leftover Salmon’s Andy Thorn, Jennifer Hartswick, Bridget Law, Pappy Biondo and Will Mosheim. Furthermore, A Mountaintop Dinner will kick off the festivities on Thursday, February 20, which will include a ride up the gondola, a multi-course meal complete with locally-sourced ingredients, and wine and beer sampling. Most importantly, accompanying the dinner will be two sets of music from the multi-faceted Keller Williams.

At last year’s festival in Steamboat, the recently passed mandolin virtuoso Jeff Austin had some choice words to summarize the beauty of WinterWonderGrass — “Keep spreading the good, and let’s f*cking rock.” Director of Marketing and Ticketing for the festival, Ariel Rosemberg, explained in more words that same sentiment — “We pride ourselves on creating a sustainable, safe and receptive environment, bound by the marriage of the best in bluegrass, folk and Americana, and the undefeated nature of American ski culture.” As we dance through the falling snow every year, a portion of the festival proceeds are simultaneously going to local environmental groups and youth education programs, and it feels good. In Stoughton’s own words, WinterWonderGrass is the “quintessential Colorado experience.”

Tickets for the 2020 WinterWonderGrass Steamboat are on sale now here.