Vampire Weekend is what many would consider a part of the upper echelon of ’00s indie rock and a defining band of the era. Built upon Ivy League credentials and strata, an immense privilege providing a window into worldly sounds and inspirations, the New York band brought more than a starch white-collar to the scene, then comprised of  Meet Me in the Bathroom aesthetics. Their nascence relied upon their innate ability to distill a melting pot of influences — obscure M.I.A. samples, West African guitar loops, irreverent literary references — into something palatable for the coming-of-age outsiders searching for pop justice outside the Top 40 machine. Vampire Weekend was their answer.

Across three critically acclaimed albums, fans witnessed the indie darlings graduate from an academic thoroughfare to an existential crisis of adulthood in the city. Nowadays, following a six-year absence, the departure of a long-running guitarist/vocalist Rostam Batmanglij and the subsequent release of their fourth album, this year’s, Father of the Bride, the only apparent next step was to become a jam band.

You may be scratching your head as to how a David Byrne becomes Phish, but the band’s return to Red Rocks, the first of two consecutive performances, shed some light. 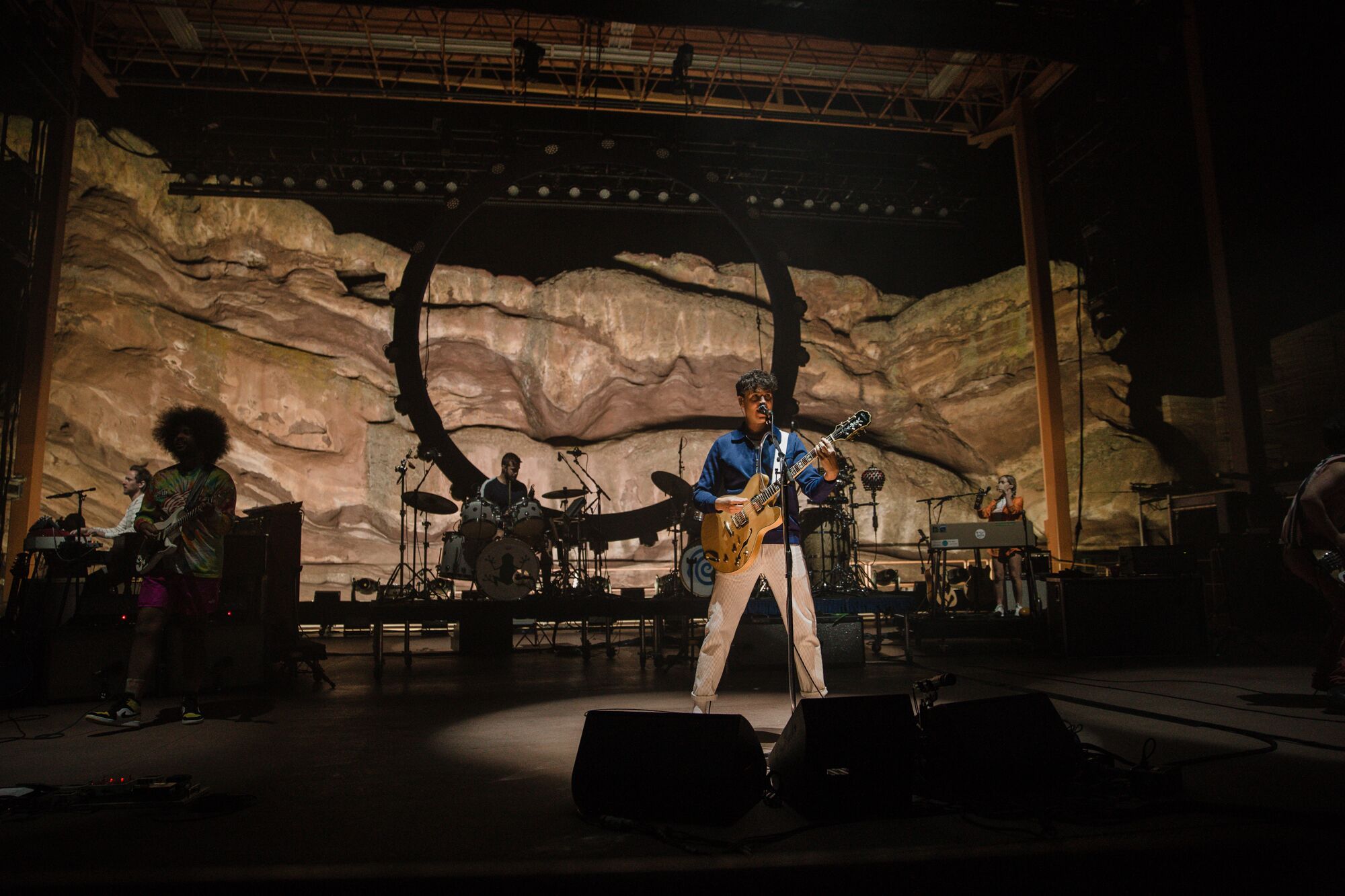 Arriving to greet the scores of fans collected in the monolithic amphitheater, Vampire Weekend down one Batmanglij had grown substantially. The once four-piece had swelled to a seven-piece unit — a distinguishable rift between the outfit who’d last played the venue in 2013. Complete with an additional drummer, a second keyboardist/vocalist and Batmanglij’s replacement, guitarist Brian Robert Jones, Vampire Weekend came equipped with heavy ammunition in the groove department. Bathed in deep-colored lights, with a halo of light fixtures hanging overhead, the band took off to the races with “Bambina.”

Straight out the frying pan, Ezra Koening and company served a smorgasbord of eclectic choices. Robust older fan-favorites like “Unbelievers” and “Cape Cod Kwassa Kwassa” offered up easy nostalgia for longtime fans while deep cuts “Bryn,” an absolutely mental rendition of “New Dorp. New York” and a surprise live debut of “Hudson” blindsided the audience. With the focus being, however, on recreating the atmosphere of Father of the Bride, came a surprise twist. The entire setlist became a rolling jam session.  It became an if, not a when for the overwhelming itch of improvisation to be scratched. Vampire Weekend would thrust the blissfully unaware audience into wild grooves and sloppy joe size servings of shredded “gnar” — some Grade A USDA beefy riffs and breakdowns included. Most of the change can be directly attributed to Jones, who was show-stealing with not only his immaculate afro but his guitar chops running rampant, playing back and forth with Koening like a game of tag. 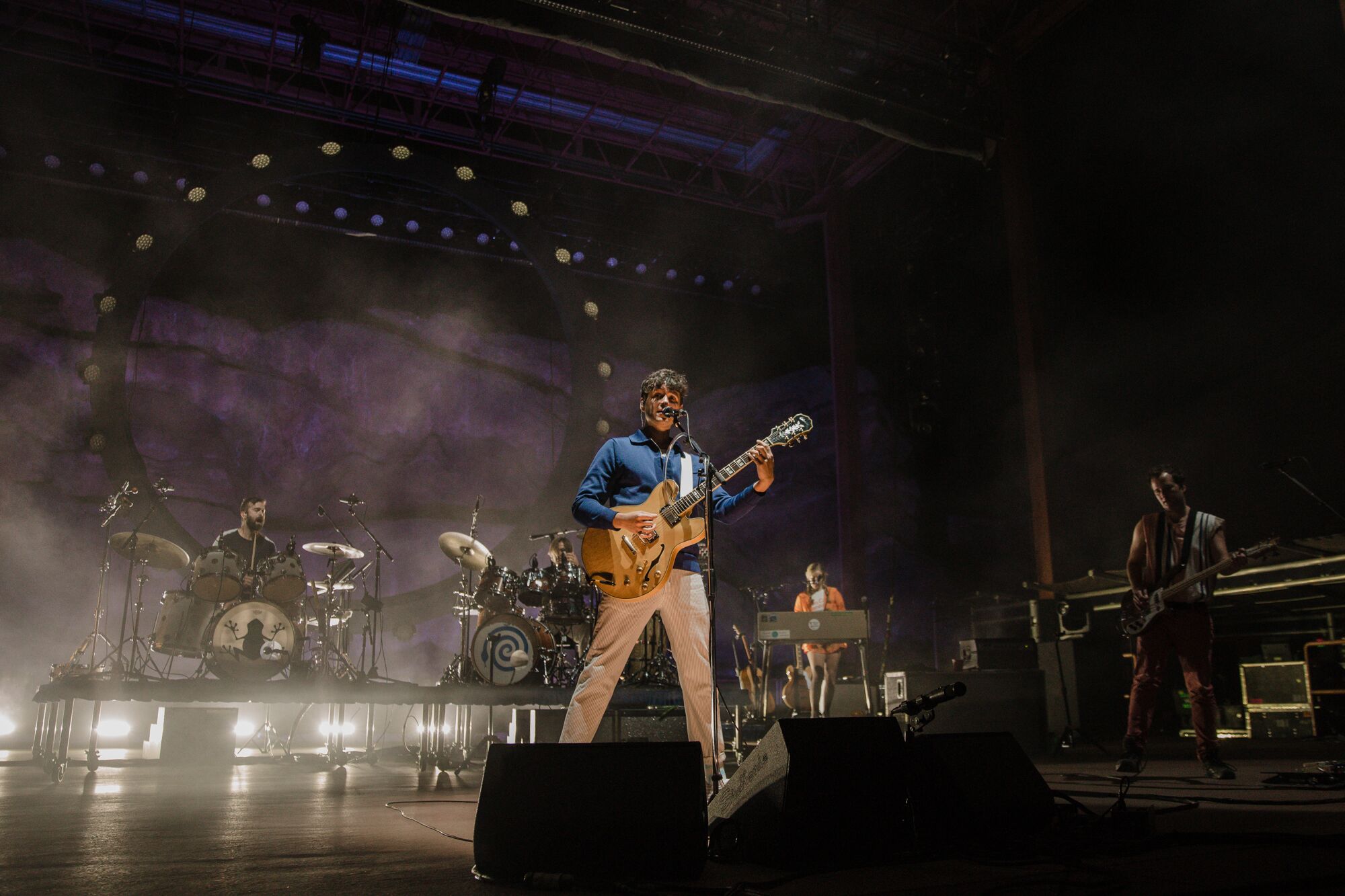 Songs stretched and were treated to a nip and tuck of reconfigurations, as the jaw-dropping two and a half-hour show progressed. The music on record was treated as nothing more than a framework for Jones and Koening to explore everything from Americana to classic funk. The fact that Colorado, and more specifically Red Rocks, is the promised land for jam bands made the performance oddly befitting. Hell, when the encore came to fruition, the band even took requests — playing the shout-outs with a loose buoyancy. The key to it all was that the band seemed to play with the most fun they’ve had in years. 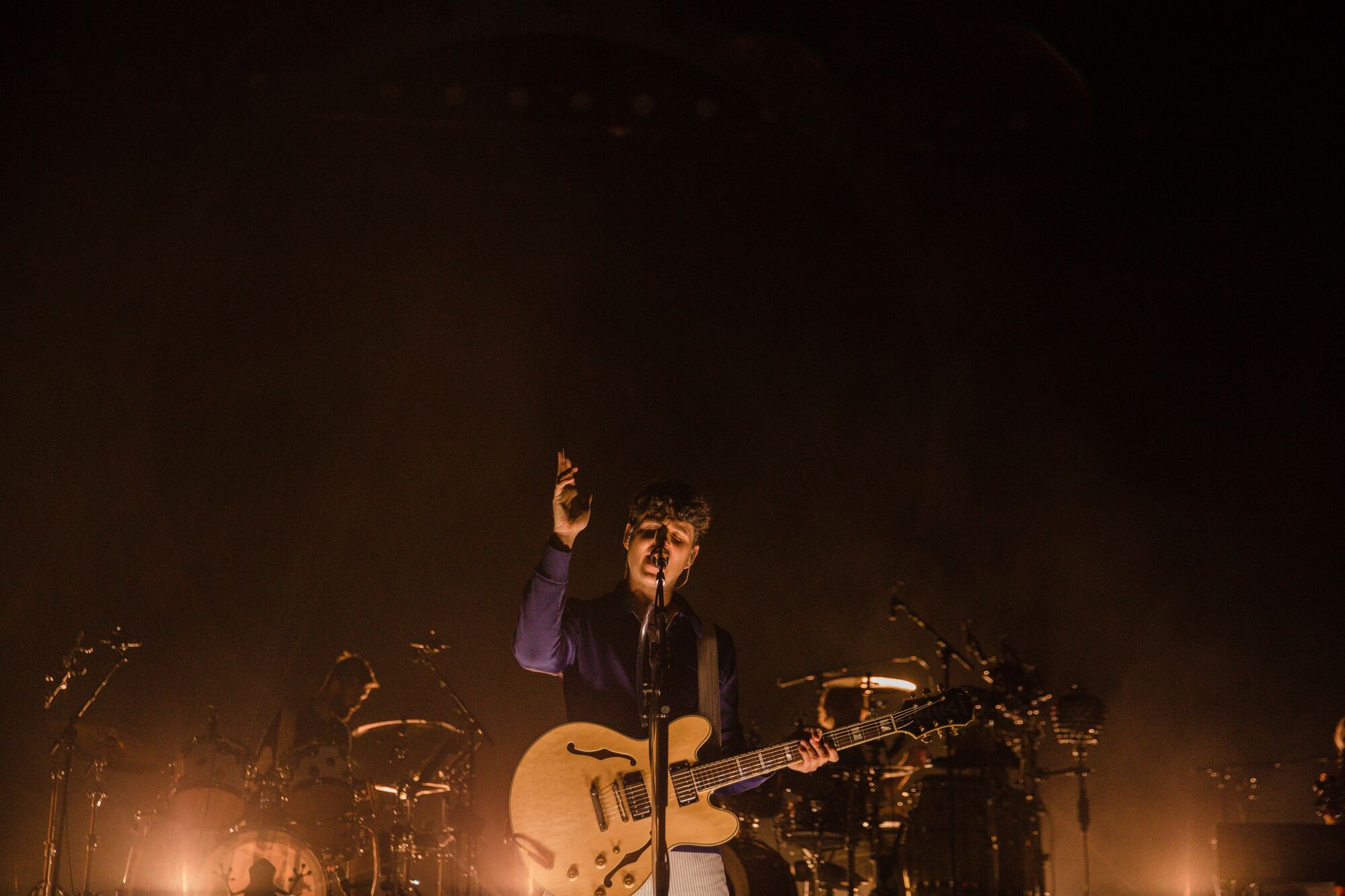 While Koening chalked up the band’s six-year absence to some “technical B.S.,” promising to not let the next interim between projects take so long, the transition in that time from indie stronghold to full-on jam band felt appropriate. In a world with more access to music and culture through a new era of streaming and discovery, the academic influence that compelled Vampire Weekend to welcome the menagerie of sounds and references is no longer necessary. The clout of reverence for culture as defined by a stiff upper lip and a conversation starter has grown tired. The boys have grown up, peeled back the crustaceous shell of Upper East Side expectations, and discovered roots beneath the concrete. Vampire Weekend’s new frontier has as much to do with figuring out themselves as to how their past defines them. Their reinvention, so to speak, sheds light on their new approach — using fewer words, so the music speaks louder.