All Photography By Alden Bonecutter

Review – Tyler, The Creator Brought An “Earfquake” to Red Rocks

Following the release of his critically acclaimed album Flower Boy, it was hard to predict whether Tyler, the Creator’s next album would live up to the hype that his previous album had built up. Two years later, with the release of his fifth studio album IGOR, the acclaimed rapper made it clear that he has no plans of slow things down. Tyler, the Creator took his latest album on the road this fall as part of the “Igor Tour,” which made a stop in the Mile High on Monday night.

GoldLink kicked off the evening with a high energy set. The Grammy-nominated artist dominated the stage with his charismatic presence. Dancing from one end of the stage to the next, GoldLink’s infectious energy caught the attention of the fans who showed up early enough to catch the set before spreading through the audience like a plague that’s only symptom was having a damn good time. 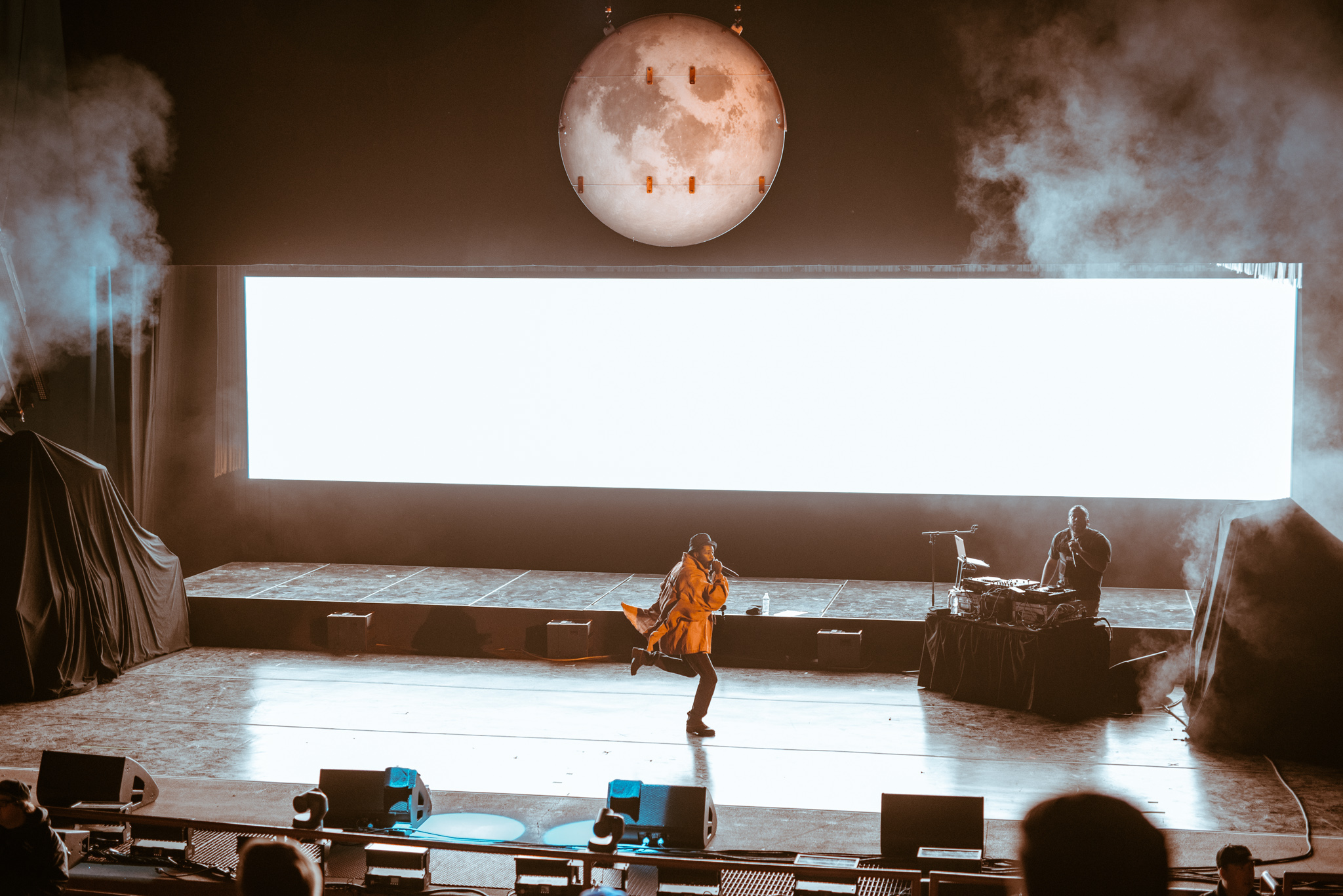 Grooving on stage, GoldLink energized the crowd and got everyone on their feet. GoldLink even took time to shout out some of the great Igor costumes that he spotted in the crowd. His charismatic stage presence and high-energy performance were exactly what the audience needed to get excited about the main event.

Blood Orange took on the audience next, filling the stage with a full band. Dev Hynes, the singer-songwriter behind the project, grooved across the scene, armed with a microphone and bouquet of flowers. Throughout his set, Hynes found opportunities to pass the flowers out to fans in the amphitheater. The funky tunes accompanied by smooth vocals carried over the rocks as the sun set and fans prepared for Tyler, the Creator. 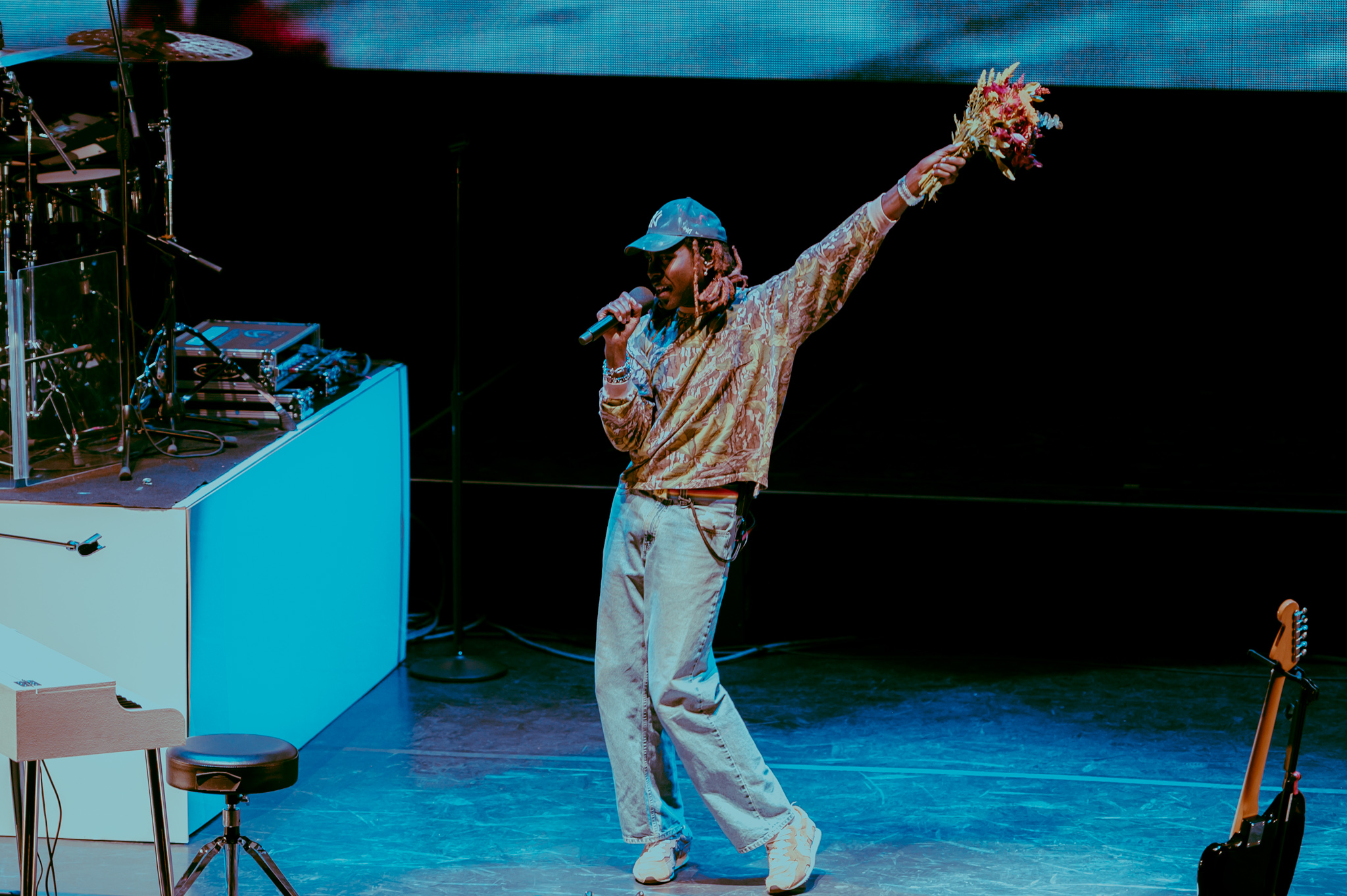 After a bit of a delay, the rocks grew dark signalling the arrival of Tyler, the Creator. He carefully made his way to the center of the stage where he then stood still. Adorned in the signature Igor wig and a baby blue suit, the bass was nearly drowned out by the roar of the crowd that could no longer contain its excitement.

With Tyler, the Creator standing still throughout the opening number, fans were left wondering what would come next. Balancing on the edge of anticipation, the air became electrified with the impatience of what was still to come. When “Igor’s Theme” came to an end, the bass kicked in and it became impossible to tell whether it was the sheer volume of the music or the eruption of excitement from fans that made the rocks shake. 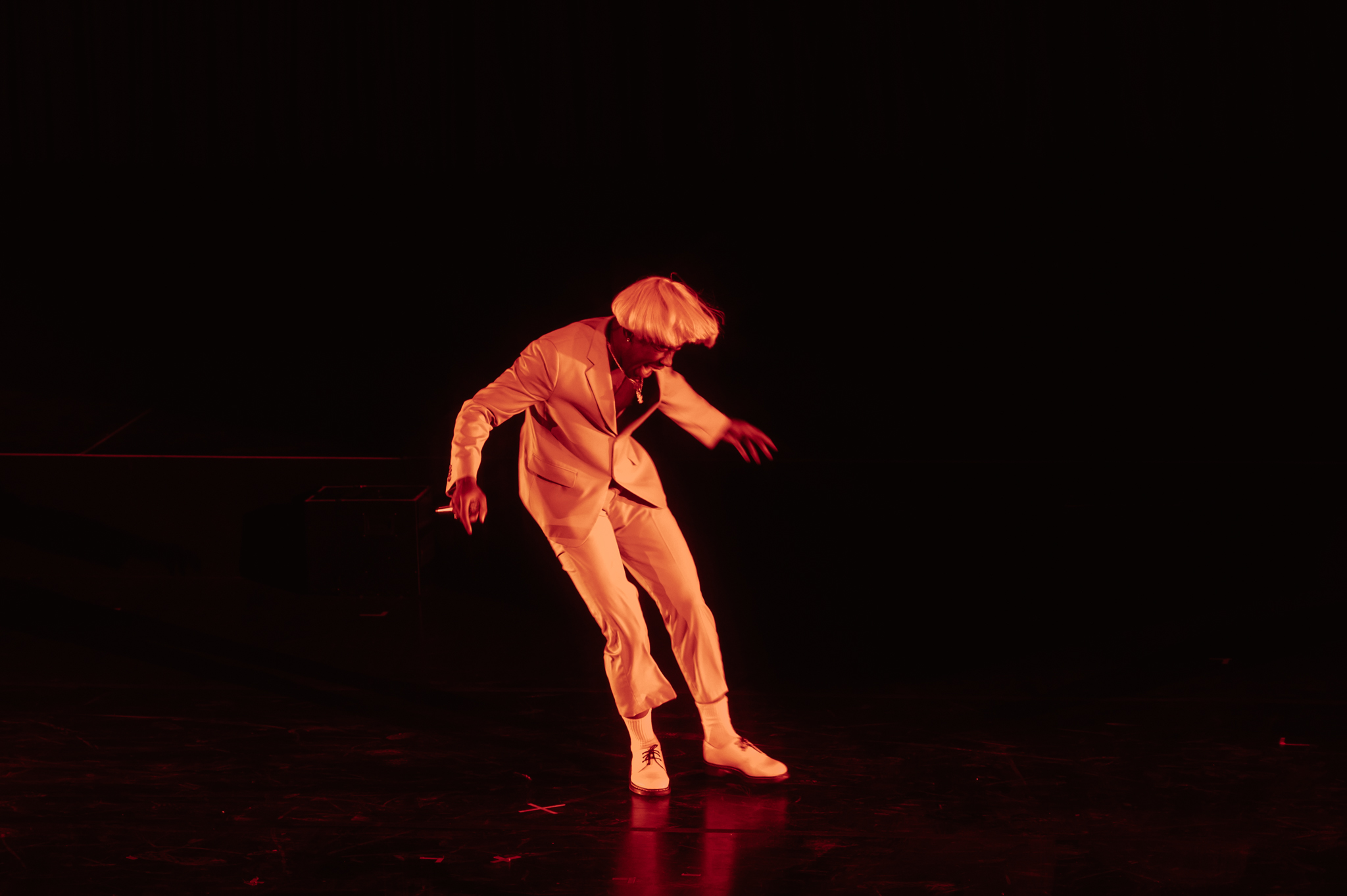 Though the stage lacked props other than a white piano and the fringed backdrop, the space felt far from empty as the hip-hop artist moved violently across the stage. Often looking like a puppet controlled by some external force, he rampaged from one end of the stage to another, captivating all in attendance.

As the night wore on, it became clear that though Tyler, the Creator’s rise to the top of the charts positions him as a pop culture icon, Denver fans are far from bandwagoners looking to attend the next trendy concert. Singing along to every song — and often singing and chanting when there was an interlude — proved that Tyler, the Creator’s Denver fan base is as dedicated as they come. 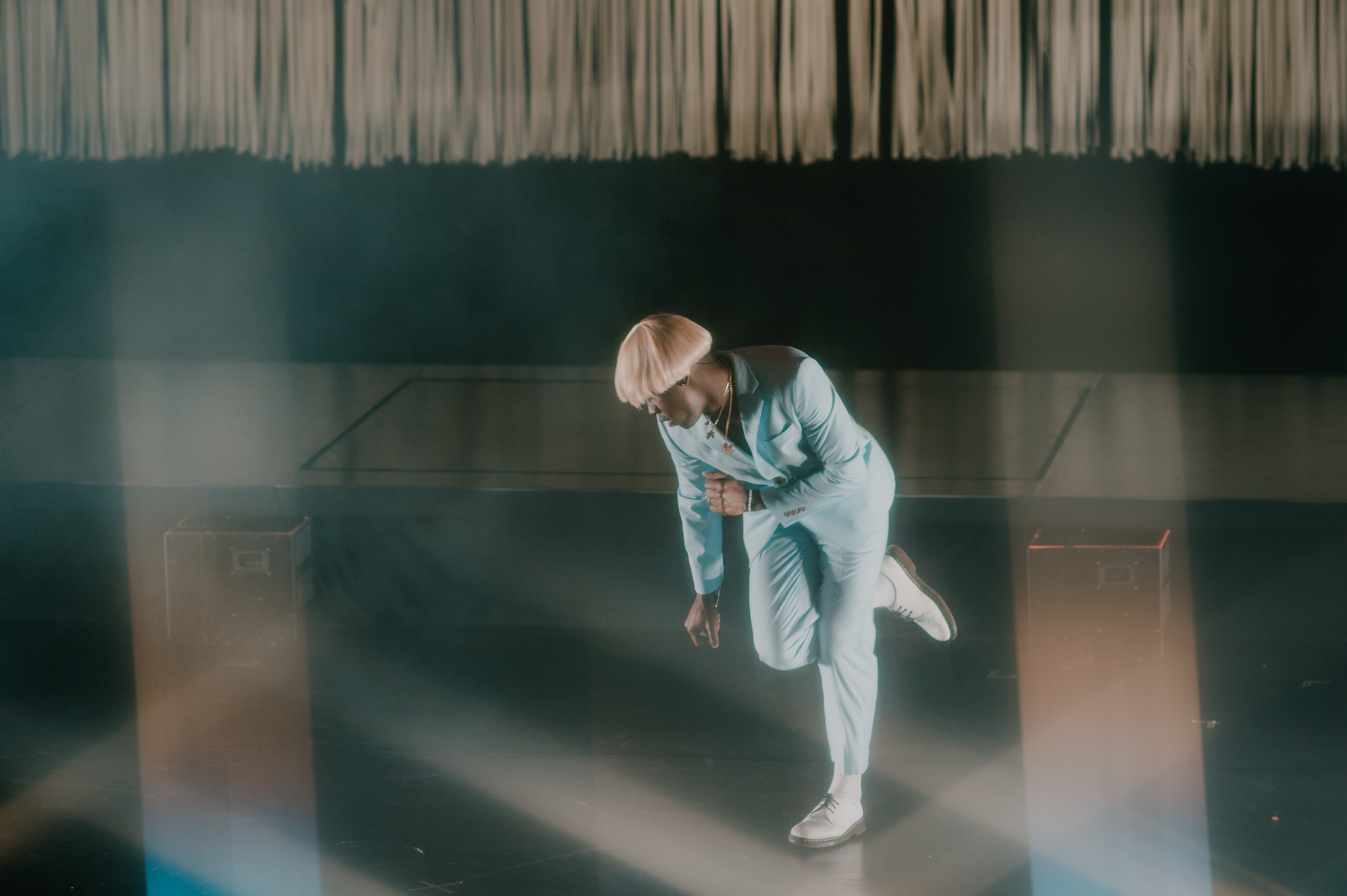 At one point in the evening, fans began chanting “Tyler” so loudly that the performer paused to ask fans why they were chanting, retorting “I know my name.” However, the excitement of the evening never died down. In fact, the electric energy of the crowd grew to a booming crescendo that seemed culminated in thunderous applause as the evening came to a close.

Though the evening sadly had to come to an end, Tyler, the Creator’s performance at Red Rock’s proved to be an unforgettable evening. Between the heavy bass and the thunderous applause of fans, Red Rocks was treated to it’s very own ground shaking performance. Tyler, the Creator made our “earfquake,” and we can’t wait to do it again.