Review – Twenty One Pilots Proved You Should Believe ‘The Hype’

The kind of cult following bands like Twenty One Pilots build-up is not deterred by a little cold and snow. On Sunday night—before going back to school, work and real life the next day—the aforementioned fans showed up in droves at the Pepsi Center, wearing military jackets decorated with yellow duct tape. The crowd was more than ready to see the two-piece powerhouse during their return stop in Denver for the second North American leg of their “The Bandito Tour.”

Misterwives started off the night, giving a wildly energetic performance. Lead singer Mandy Lee bounded out on stage after the rest of her bandmates—dressed head-to-toe in yellow—and spent the entire set running and skipping the full length of the stage back and forth, never seeming to tire out. After performing their most recent single, “whywhywhy,” Lee yelled, “This next song was written by God herself!” before the band launched into a cover of Lizzo’s “Truth Hurts,” putting their own twist on the hit and giving it a very Misterwives sound. The band left the stage after “Our Own House,” leaving the whole arena amped up and ready for the main event. 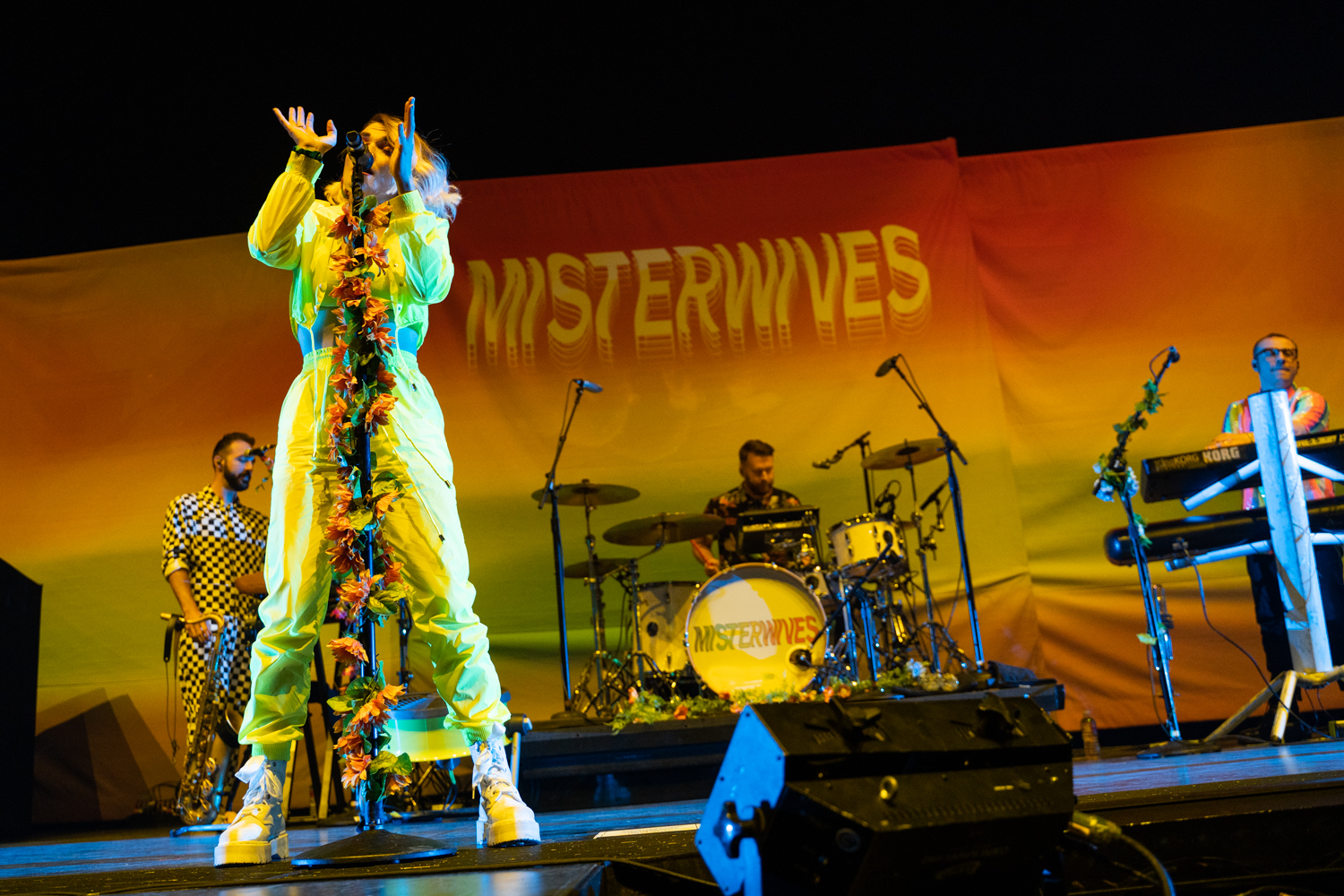 Twenty One Pilots’ fan base is an enthusiastic one, but saying that is even an understatement. More than a few fans camped out all day in blizzard conditions, hoping to snag a coveted spot at the front of the floor. At least the band knows how to make it all worth it. After taking their yearlong hiatus, Twenty One Pilots have become experts in cultivating suspense. The beginning of the show is a perfect example, a black sheet covering the stage as it’s set up for them to take over with trance-like music creating even more anticipation amongst the audience members. 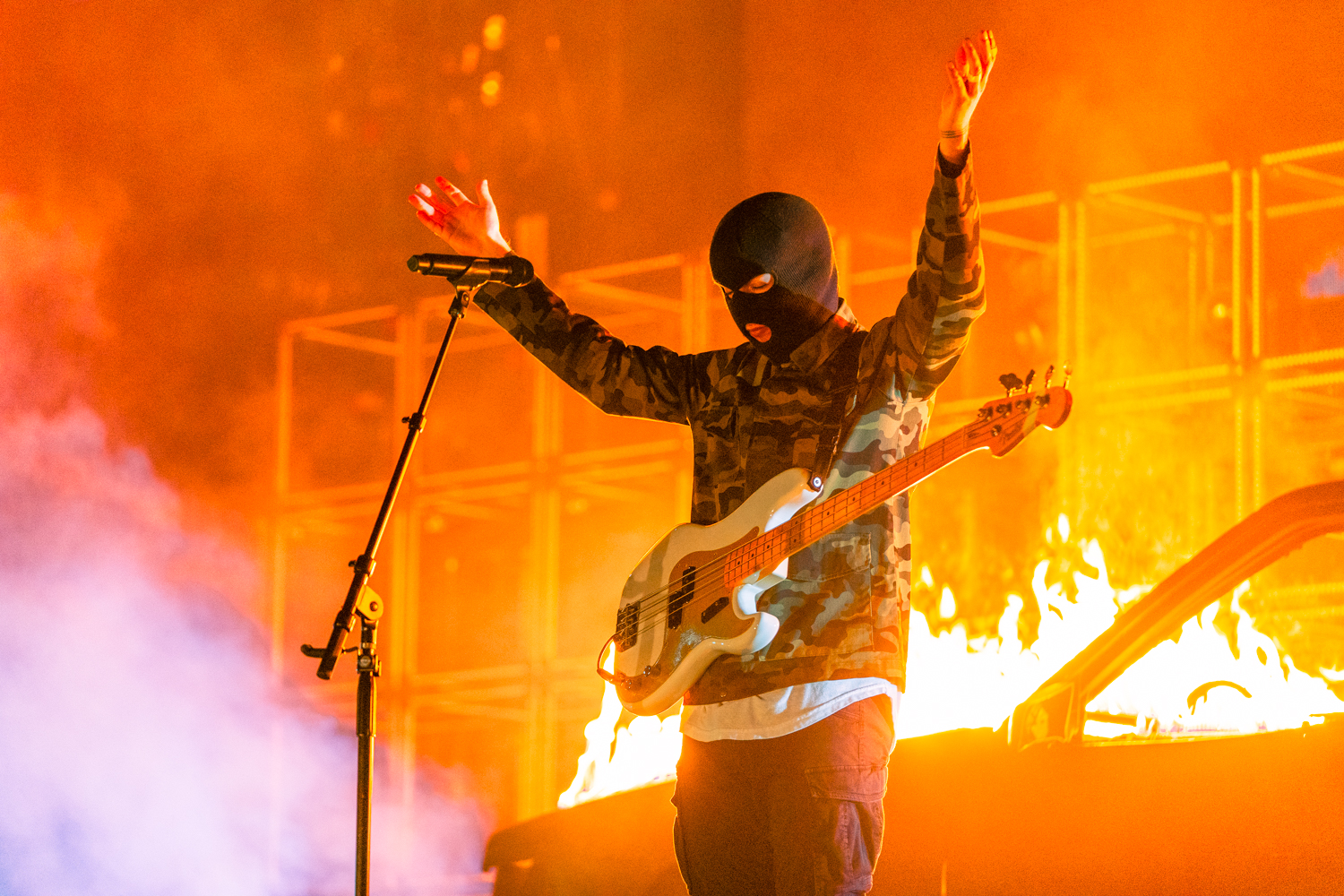 This visit on “The Bandito Tour” was a bit more toned down than last year’s show in Denver, but not without its perks. The decision to get rid of the bridge that connected the main stage to the secondary stage across the room brought Joseph into the pit during “Nico and the Niners,” with fans getting up-close and personal with him. The feeling in the room was a lot more intimate, with Tyler Joseph taking the time to talk to the audience, joking around and divulging personal stories, like the time his mother first came to see him perform in a coffee shop. “I decided to just do whatever music did to me on stage in front of everyone,” he said in the middle of “Ride.” “When I did that, my mom came up to me afterward and asked ’Are you okay?’” During “Blood,” he divided up the room, asking each side to sing the chorus one at a time before coming back together as one and bringing the energy of the room back up.

Misterwives made another appearance alongside Joseph and Josh Dun for a lively collaboration on a few songs, a feeling of comradery taking over the room that could only come from two groups who have a history of touring together. Multi-instrumentalist Jesse Blum took the stage first with his trumpet, playing “Somewhere Over the Rainbow.” Joseph and Dun came back on stage with Blum for “Fall Away” and the rest of Misterwives joined the group to sing “Cut My Lip,” side-by-side. They completed the song with coordinated dance moves and a chorus line, clearly enjoying their time together. 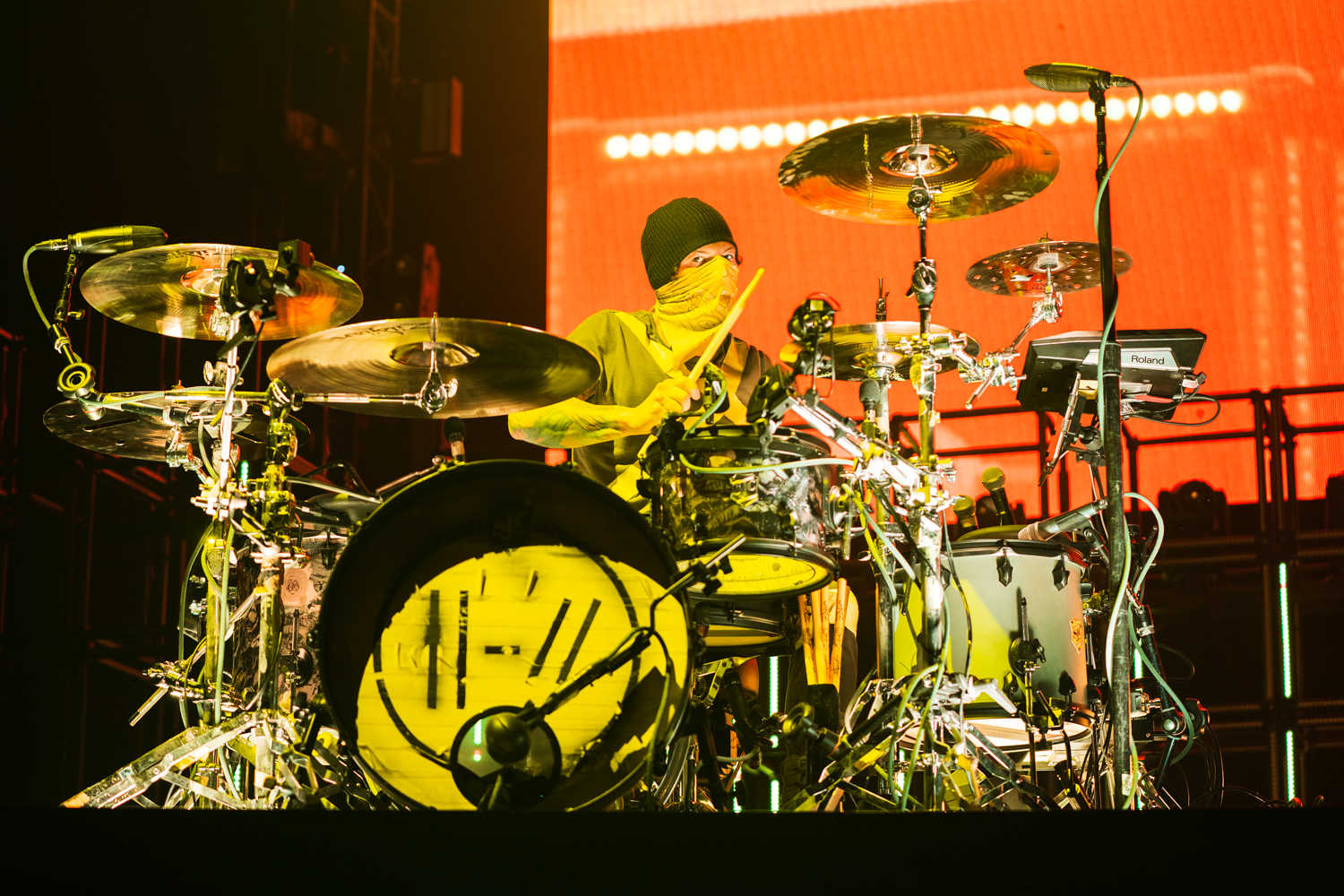 The band knows their audience well and makes sure that they feel like a part of their show. It’s an exchange of love between the fans and Twenty One Pilots. After “The Hype,” Joseph told the crowd, “You are my kind,” referring to the lyric in his song about his kind always being on his side. Before beginning “Smithereens” on the secondary stage, Joseph asked the room to take a seat. “I do that because there are some dads in the audience who really wanna sit down,” he said. And there were—the diversity of age in the room was wide-ranging to a surprising degree. It just goes to show the incredible relatability of their music, that it can encourage emotional connections from people in so many stages of life.

For fans who have seen their shows before, there weren’t many surprises, but Joseph and Dun make it feel like magic every time. During “Lane Boy,” Joseph showed that he understands the notoriety surrounding their song traditions, saying to the crowd, “You know how this works, right?” The audience did, getting low to the ground before launching themselves up and jumping around wildly. When Joseph walked up to the edge of the pit or the crew brought out a platform with drums on top of it, the crowd knew exactly what to do, holding hands above their heads — the mutual trust between the band and their fans on full display. 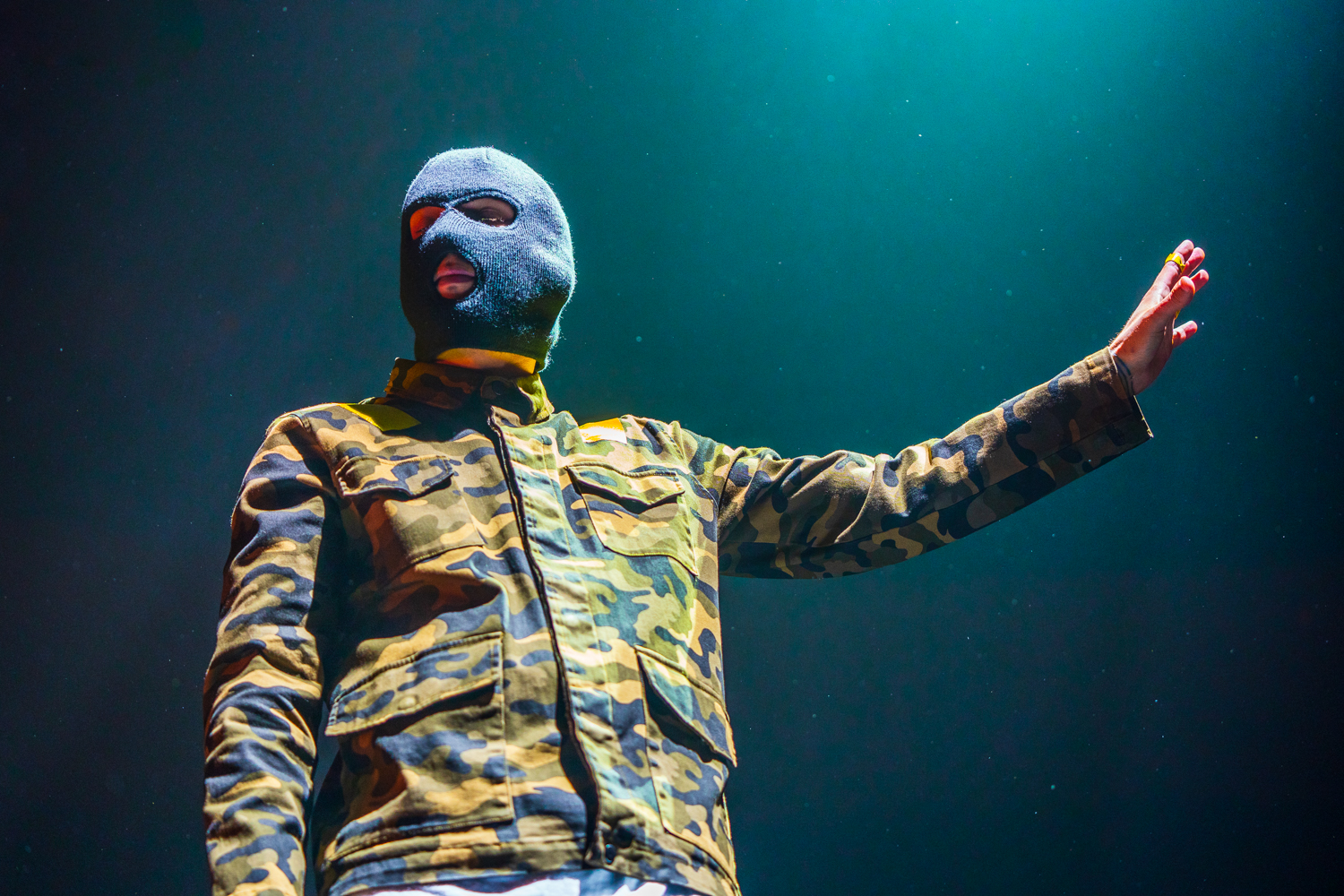 Some of the emotion in the room came from knowing that it’s possible that the band will take another break from music and touring soon. Since their last time in Denver, Joseph has revealed that he and his wife, Jenna, are expecting their first child and Dun proposed to his longtime girlfriend Debby Ryan. With so many major life changes on the horizon, it’s plausible to expect at least a little bit of off-time for the band in the near future—deservedly so, since they’ve toured their Trench album for well over a year now.

After “Car Radio,” Joseph climbed off the small platform he always ends the song on near the back of the floor and disappeared. The opening piano chords of “Truce” began to play and the lyrics appeared on the screen as the crowd sang along with emotion, cheering after seeing “Stay alive, stay alive for me” on the screen, knowing that the night was coming to a close. But not before an energetic performance of “Chlorine” and their traditional set-ender, “Trees.”

The two finished, as they always do, standing on platforms held up by their devoted supporters, before bowing with their arms around each other on stage, in front of a bright yellow screen. It was a memorable image to leave the crowd with. If that was the last time the audience would get to see them for a while, it’s reasonable to expect that they would all still fill that room no matter how long the band takes away from the spotlight.

All photography by Daniel Amimoto. A full gallery can be found here.