All Photos Courtesy of Lady Denim

Anyone who spent any portion of time living on a college campus knows that your college years are full of new experiences. The first time living on your own provides a level of freedom that is simultaneously exciting and intimidating. Whether that self-discovery is brought on through an interesting guest lecture or simply meeting new people, finding out who you really are is all about trying out new things and rediscovering old hobbies to see what’s the best fit.

For a few students at Colorado State University, that process has led to the formation of an ’80s rock-inspired indie band called Lady Denim — and if you aren’t listening to their music already then now’s the time to try their songs on for size. 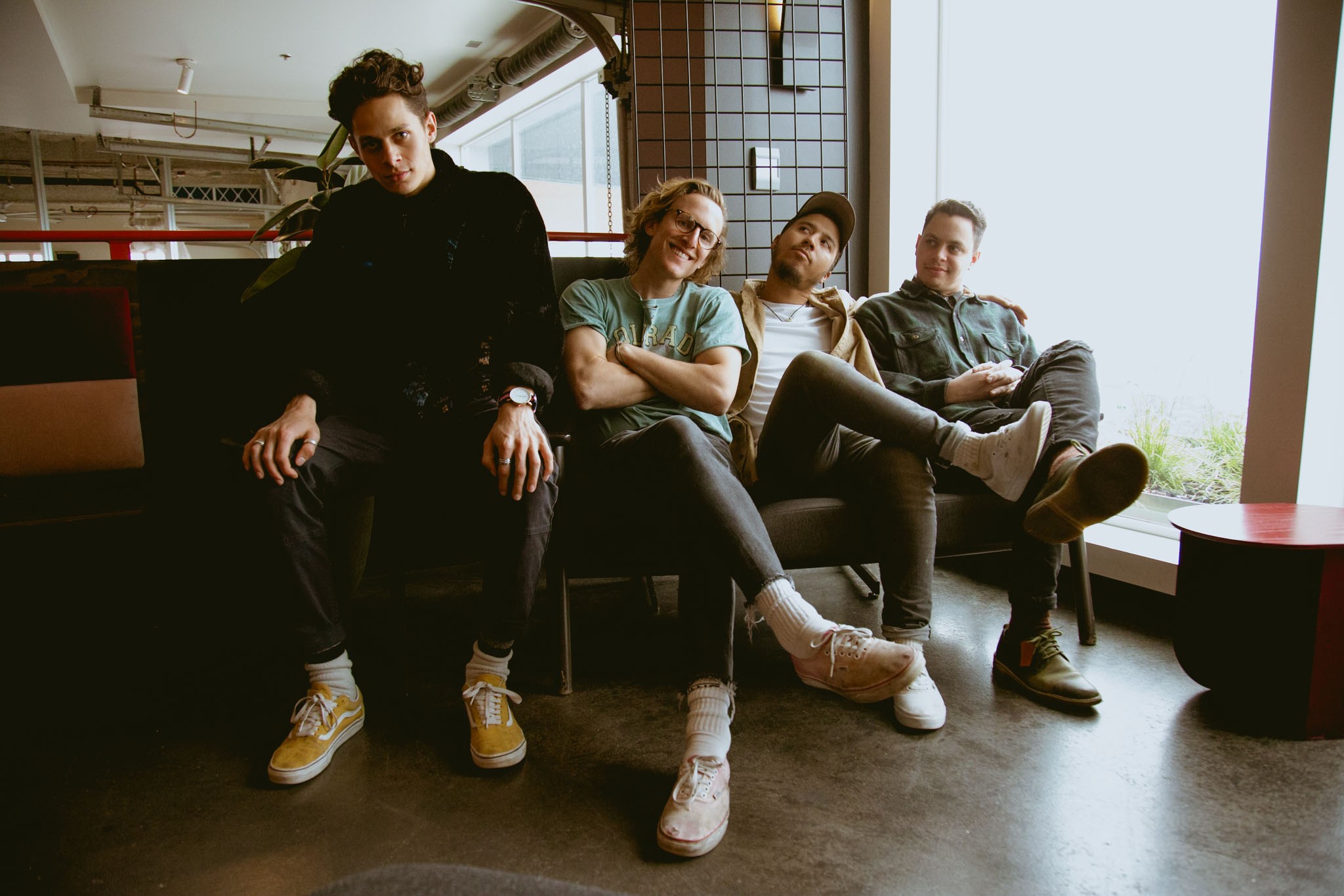 The Fort Collins based quartet is still new to the Colorado music scene. In fact, they’ll be playing their first headlining Denver show this weekend at the Marquis, alongside local bands Gestalt and Hollr. But how did a Fort Collins band that’s still new to the local music circuit end up headlining one of Denver’s most popular venues? It all started with signing a lease just last year.

“Me and Nic [Lubin] actually signed a lease together kind of at random,” said founding member and vocalist Nick Lundeen in an interview with 303 Magazine. “So, we signed a lease together and we both kind of knew vaguely that we had some guitar background.” From there, the duo began playing with songwriting, trying out new things as well as revisiting old ideas they’d both been keeping on the back burner.

Since then, the duo has become a quartet with a cult-like following. For evidence of this, look no further than Lady Denim’s social media, which is always full of praise from fans. With catchy tunes and relatable lyrics, it’s not hard to see why Lady Denim’s music has garnered so much praise.

To date, Lady Denim has released one EP, titled For Edgy Girls, Like Ramona, and two singles. However, despite their limited discography, fans have more than enough to make them feel a connection to the band. “[Our fans] have this really emotional thing that they’re trying to comprehend or deal with,” said guitarist Nic Lubin, “and then we write a song where we say that we feel that exact same way or we went through the same thing.”

The debut EP explores a variety of the band’s individual life experiences. Diving into their current and past experiences, it doesn’t tell the story of a single woman — though many believe it to be the story of the mysterious Ramona.

So who exactly is Ramona? Though many fans have their own guesses, it’s likely not who you’d think. “We get a lot of comments from people being like dude I love the whole Ramona Flowers thing from Scott Pilgrim, and I have never seen that movie in my life,” said Lundeen. “Ramona was the name of a girl that I went to school with out in Santa Barbara, CA. She was very, not wicked in the sense — you know like Stevie Nicks. Just kind of in the sense of mysterious, and didn’t need to be the center of attention but was very eye-catching and just the sense of the emotion and energy she has.” 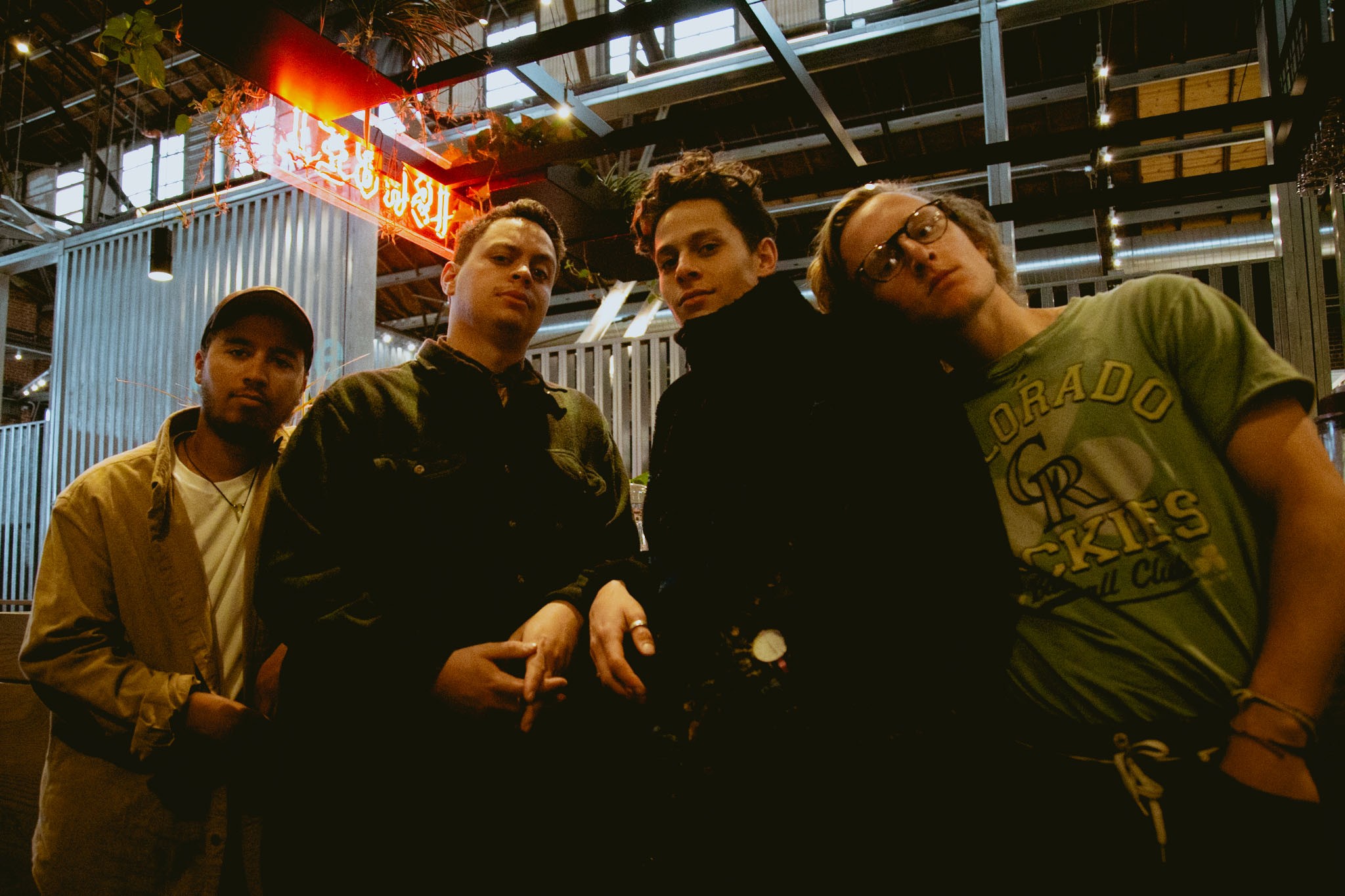 For Lady Denim, the focus of the music is more about creating something the band is proud of rather than telling the story of some mysterious Ramona. “It’s good to know that what we’ve put out has gained a lot of attention,” said Lundeen. “At the end of the day, it’s always been something that we stand by and something that we label as ‘us.’ It’s not meant to appeal to specifically anyone, but I think as far as this momentum that we’ve gained in such a short time, it’s very honoring and humbling.”

With the momentum they’ve gained in the first year they’ve existed as a band, Lady Denim is sure to be a local favorite. Though they’ve only recorded a handful of songs, they’re already making waves in Fort Collins that are big enough to have a ripple effect here in Denver. They’ll take the stage at the Marquis this weekend, giving Denver fans a chance to see what the hype is all about.

Lady Denim will perform at the Marquis on October 20. Tickets are available here.