When people talk about house music, most minds leap to cities like Chicago and New York. Few consider Denver as a hub for house, but local house label The Playground has pumped out classic after classic for six years now in the Mile High. Operated by Roger Soave and Tyler Erwin, The Playground comfortably cruises below the radar, quietly transforming this city’s relationship to a music tradition that spans over three decades.

The birth of the label can be traced back to Twist and Shout, where Soave worked as a record buyer for the dance department, buying vinyl in the realm of house, techno and leftfield electronic music. His experience directly handling and buying records from a variety of labels around the world inspired Soave to launch The Playground in 2013.

The label’s name originated from parties Soave used to throw with several of his friends, including Erwin. Initially, the label had started out as a platform for Soave to distribute some of his own productions, with the idea being he would press 200 copies as a white-label release (meaning no artist or track information is printed on the record, both creating an aura of mystery and providing vinyl DJs with exclusive tracks that no one else has). Soave had no expectation that he would be able to actually sell all 200 copies, so he ran the pressings as a little experiment.

Through his job as a record buyer, Soave struck up a long-lasting relationship with Groove Distribution, which showed a keen interest in The Playground’s test pressing, telling Soave that this first round of pressing can sell. “We were like, ‘oh shit, if we can sell it, let’s try to get some cool people that we like,’ like Rick Wade,” Soave said. And not only did The Playground end up releasing some of Rick Wade’s work, but they also released records from other reputable names in the house realm such as old school Detroit staple Norm Talley, Tom Ellis, and John Tejada. 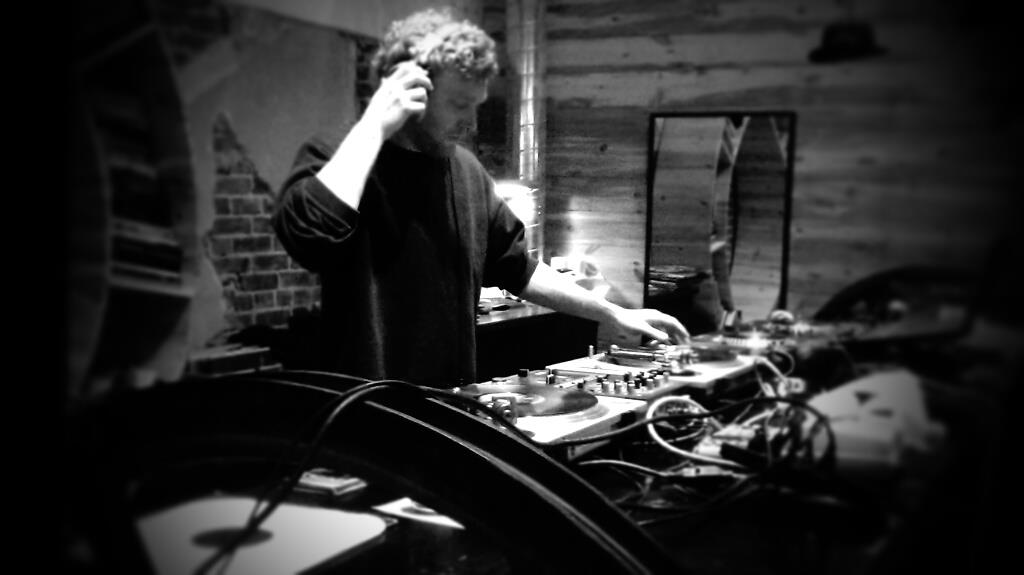 Working at Twist and Shout served as the inspiration and motivation for Soave to launch the Playground label, and though he no longer works at the record store, Soave’s career trajectory still has its roots entrenched in the record shop. Soave is restless in his ambition, going from buying records from distributors to pressing his own records and sending them to said distributors, to finally — with a confidence one can only dream about — ringing up Groove distribution to inquire about a job. And that phone call ended up leading Soave to the birthplace of house — Chicago.

Though scouring through Discogs and fulfilling mail orders on behalf of Groove Distribution certainly pays less than his role at Twist and Shout, Soave said the leap feels worth it in many other ways. For one, he gets to work with record shops across the states and Europe. Similarly, the access Soave has to newly released records is another major perk of working at Groove Distribution that has many house-heads unequivocally drooling.

“Every Monday we get all of our imports, all of the newest stuff — including [records] we manufacture ourselves — comes straight from the plant to us,” Soave said with a laugh. “So yeah, new stuff every week, it’s pretty wild.” Soave’s unbridled jubilance felt palpable over the phone as he described an entire warehouse filled with records. New releases, hot off the press, serve as the background music for Groove Distribution’s staff as they fulfill mail orders — an absolute dream that even the most patrician of vinyl enthusiasts couldn’t deny sounded enviable.

The Playground still quietly chugs away, both in its hometown of Denver as well as its new outpost in Chicago. Soave hosts monthly Playground showcases at the historic Chicago club Smartbar, where legends like Eris Drew and Carl Craig play on a frequent basis. The label put out its 12th release, this one from Detroit-based producer and singer Alton Miller, back in July. Erwin holds down the fort in Denver while Soave grows the label on a more national level in Chicago, and together the pair have created a powerhouse of soulful grooves and laid back rhythms.