Del Maguey the Mezcal Featured at The WhiskyX

There’s been some debate recently among spirits enthusiasts, history buffs and others who quite possibly have too much time on their hands about the origin of agave distillation in Mexico. Granted, it may not be the most scintillating subject, but it sure beats talking about border politics.

Conventional wisdom has long held that the concept of distillation was introduced to the indigenous peoples of Mexico by the Spanish following their invasion of the country in the 16th century. Indeed, the first recorded mention of distillation in Mexico occurred sometime around 1563, a good 40 years after the Spanish dropped by for what turned out to be a permanent visit. It’s worth noting, however, that history is written by the victors, and that thanks to Cortés and his band of merry conquistadors, the indigenous peoples of Mexico weren’t afforded an opportunity to tell their side of the distillation story.

Ah, history… it’s enough to drive you to drink! 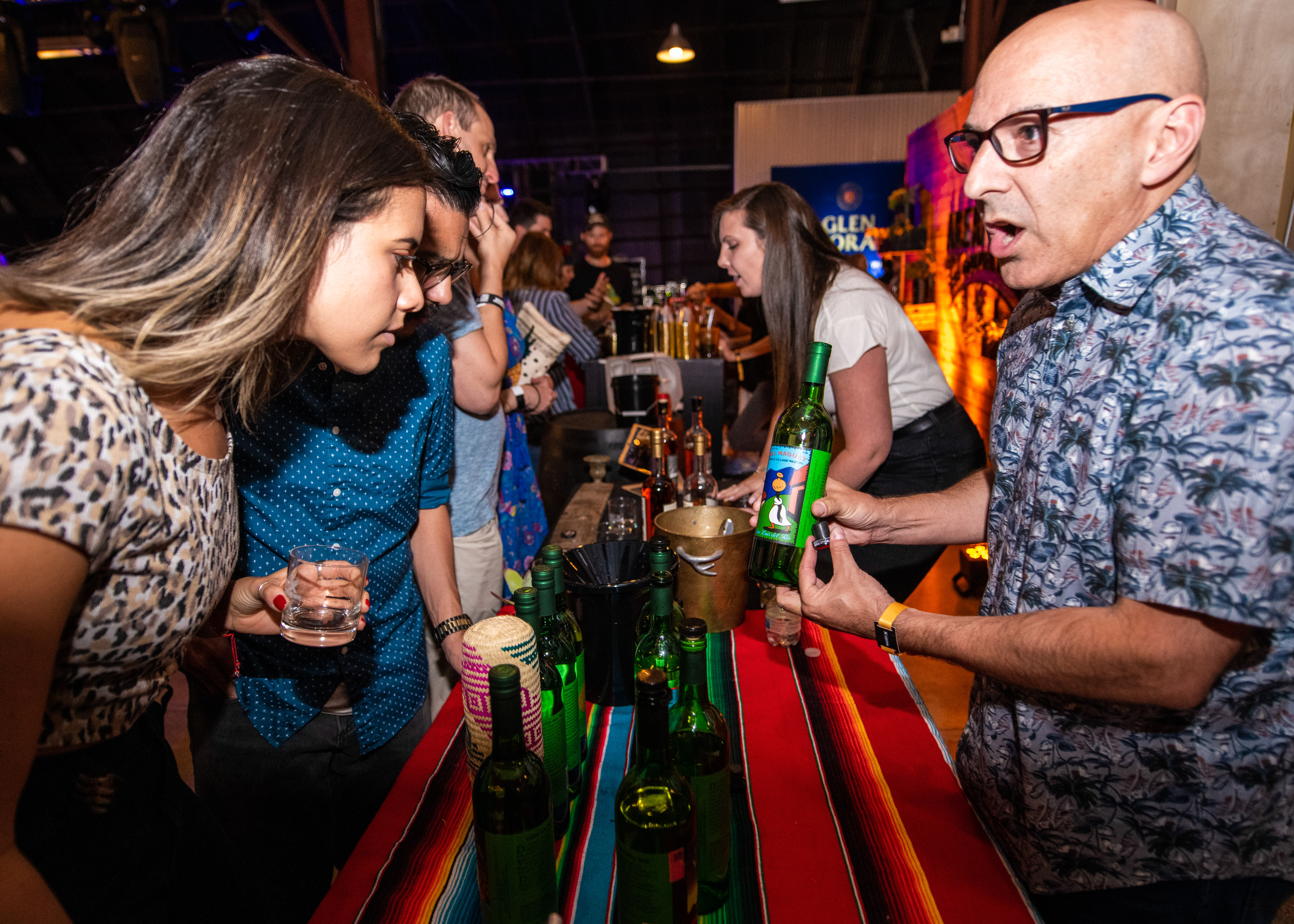 While there’s little doubt the Spanish were the first to bring copper stills to the New World, recent discoveries suggest that the Aztecs may have beaten them to the fortified punch hundreds of years earlier using clay pots to distill fermented beverages. However distillation came to be in Mexico, there’s no question about how one of its most familiar by-products, mezcal, was introduced commercially in America.

When a Southern California artist turned spirits industry pioneer by the name of Ron Cooper started exporting Del Maguey mezcal to the United States back in 1995, Americans’ exposure to the spirit was typically limited to urban legends about what would happen if you drank the worm.

If tequila is the main act, think of mezcal as the Sonic Youth of Mexican spirits. It’s been around forever and it’s never going mainstream. It’s beloved for its authenticity and working-class roots by those who still put stock in things like tradition and character. And it’s oddly sexy to boot. Mezcal is tequila’s earthier, more rugged sibling. It’s made in a similar process to tequila, but with an extra step in which the piña of the agave plant is pit-roasted, imparting a smoky flavor similar to that found in peaty scotches.

Thanks to the considerable efforts of Ron Cooper and his ilk, over the past few decades we’ve seen a massive rise in quality mezcal availability stateside, with Del Maguey leading the way. The brand has maintained its position as the category leader by consistently bringing new and unique mezcal expressions to market.

For instance, a few years ago Cooper teamed up with famed chef José Andrés to create Ibérico, a one of a kind mezcal distilled with ham culled from free-range, acorn-fed, black-footed Spanish pigs. It’s a spin on traditional Pechuga mezcal, which is redistilled with fruits, nuts, and a whole chicken breast. Sounds strange, tastes fantastic. Those pigs somehow produce a mezcal rife with beguiling scents (wet hay, carnation) and flavors (sea salted caramel, jasmine tea). The lip-smacking finish is long and briny.

In addition to the Del Maguey and over 60 different whiskies, the event will also feature a performance by St. Paul & the Broken Bones, along with some of the area’s best food trucks, a cigar lounge, barbers, and custom jean fittings by Blue Delta Jeans. For tickets and information visit The WhiskyX’s Eventbrite page.