SUPERNOVA is Bringing More Digital Animation to Denver Than Ever Before

Digital animation might be the next form of public art to enjoy the spotlight in Denver. This month, Denver’s very own digital animation festival SUPERNOVA is showing just how relevant the art form is, especially given today’s technologically-dependent society. From an exhibit at Understudy by Denver-based digital artist Ryan Wurst to the 10-hours of programming on Saturday, September 21, SUPERNOVA is bigger and more expansive than ever this year. It may not be the next CRUSH WALLS — not for another five years perhaps — but it is leading the way in spreading, supporting and uplifting digital animation artists like no other festival in Colorado. And, according to the organizers, it may go even further than Colorado, SUPERNOVA may be the “only forum in the world exclusively focused on digital animation and motion art.”

One of the best parts about SUPERNOVA is that it brings world-class digital animation to the public on large outdoor screens located throughout Downtown Denver — for free. Anyone walking, commuting, staying or playing nearby can catch a glimpse of work from nearly 30 artists. Organized by Denver Digerati, headed by Ivar Zeile, SUPERNOVA does not limit their showcase to local artists, although there are over 10 Colorado-based artists participating this year. That means that over half are visiting artists, some of which are critically-acclaimed.

This year, some changes to the festival have amped up its accessibility even more than in previous years. Even though it’s always been easy to see the animation that makes up SUPERNOVA, it hasn’t always been easy to understand what it is. The freedom of the format — that is, looped videos playing silently on LED screens in a busy metropolitan center — has at times left viewers unsure of what they were looking at. On top of that, the entire production usually centers around the Denver Theatre District, a 16-block area in downtown that organizes cultural programming. But this year, SUPERNOVA is reaching far beyond both of those obstacles. This year, SUPERNOVA has become a grown-up festival.

Here are a few of the events that tell us that SUPERNOVA is maturing nicely. If you don’t have time to go to any of the events, just stop by one of the screens on Saturday and watch for however long you want. No pressure, no one telling you to step back from the art, no one asking for a fee — just you and the art and maybe a few car horns in the background. 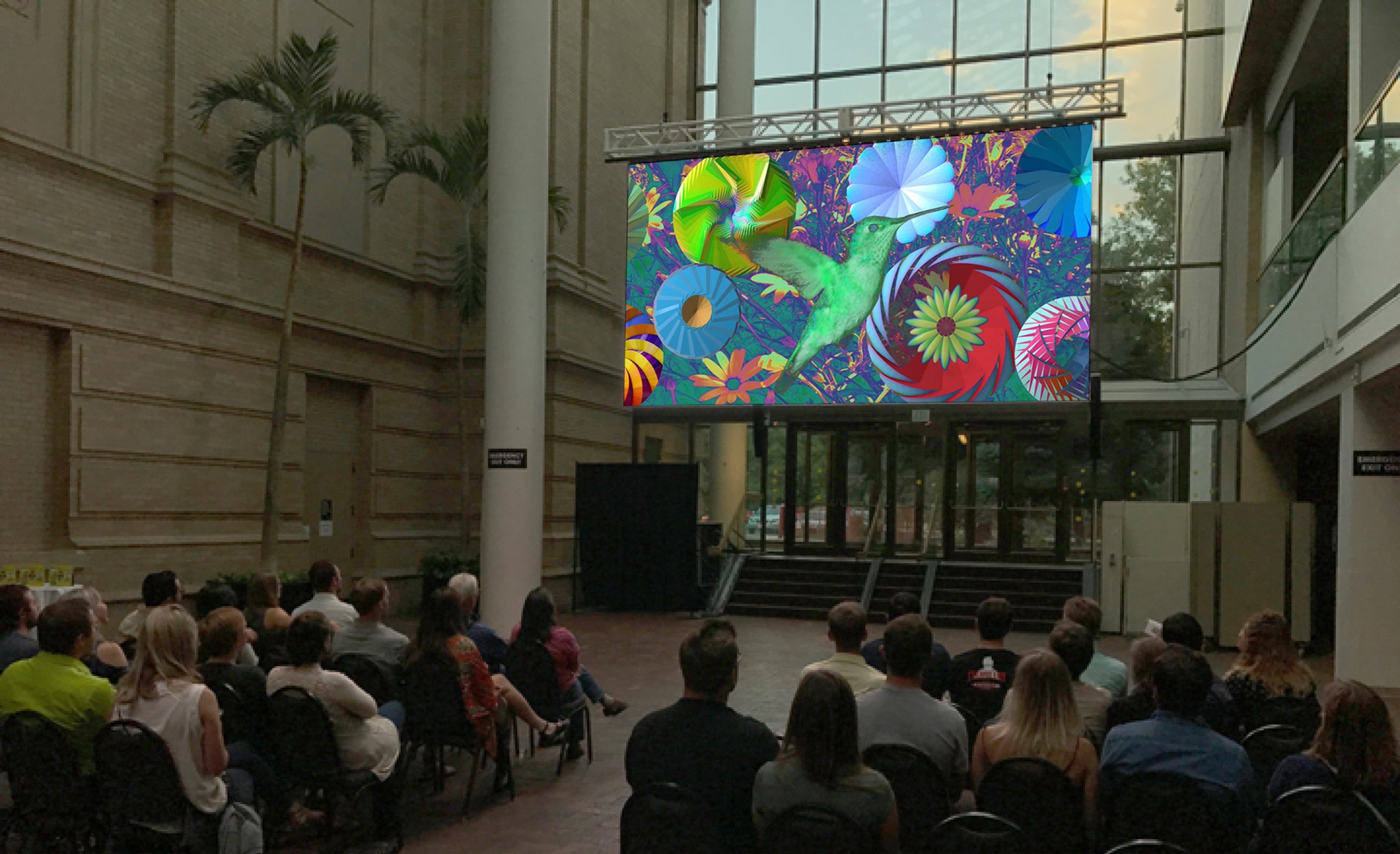 For the first time, indoor screenings will occur in three host locations in different parts of Denver. The first is at Alamo Drafthouse Sloan’s Lake on Thursday, September 19, where an adults-only screening of “Supernova Overdrive” will happen at 7 p.m. Next is the Denver Museum of Nature & Science, where the SUPERNOVA 2019 Digital Animation Supermix will play on a loop from 10 a.m to 5 p.m. on Saturday, September 21. Then, at Denver Central Market on the same day, you can catch the Colorado artists segment and the animation for all ages and Supermix sets from 10 a.m to 8 p.m.

These screenings not only expand the footprint of the festival to three distinctly different neighborhoods, but they also present opportunities for people to tune in without tuning out of their daily activities. Last year, SUPERNOVA reached into the world of indoor art galleries by partnering with RedLine Contemporary Art Center, Understudy and the Museum of Contemporary Art Denver. This year, Understudy’s exhibition has been created by a previous and current participant in SUPERNOVA — Ryan Wurst. We talked to Wurst last year before the festival, and just before he won an award. In our conversation with him, he mentioned a project he was working on with artificial intelligence and an idea about an infinite television broadcast. From now until September 28, you can see the result of his hard work and bizarre thought process in his exhibit Mouth Breathers Broadcasting System at Understudy.

Another art-based installation is the SUPERNOVA digital animation lounge at the Next Stage Gallery in the Denver Performing Arts Complex, open through November 23. Get a sneak peek at what the DigiLounge will offer with the launch party on Friday, September 20 from 7 to 9 p.m., where you have a chance to meet and greet with some of the animators and festival organizers. 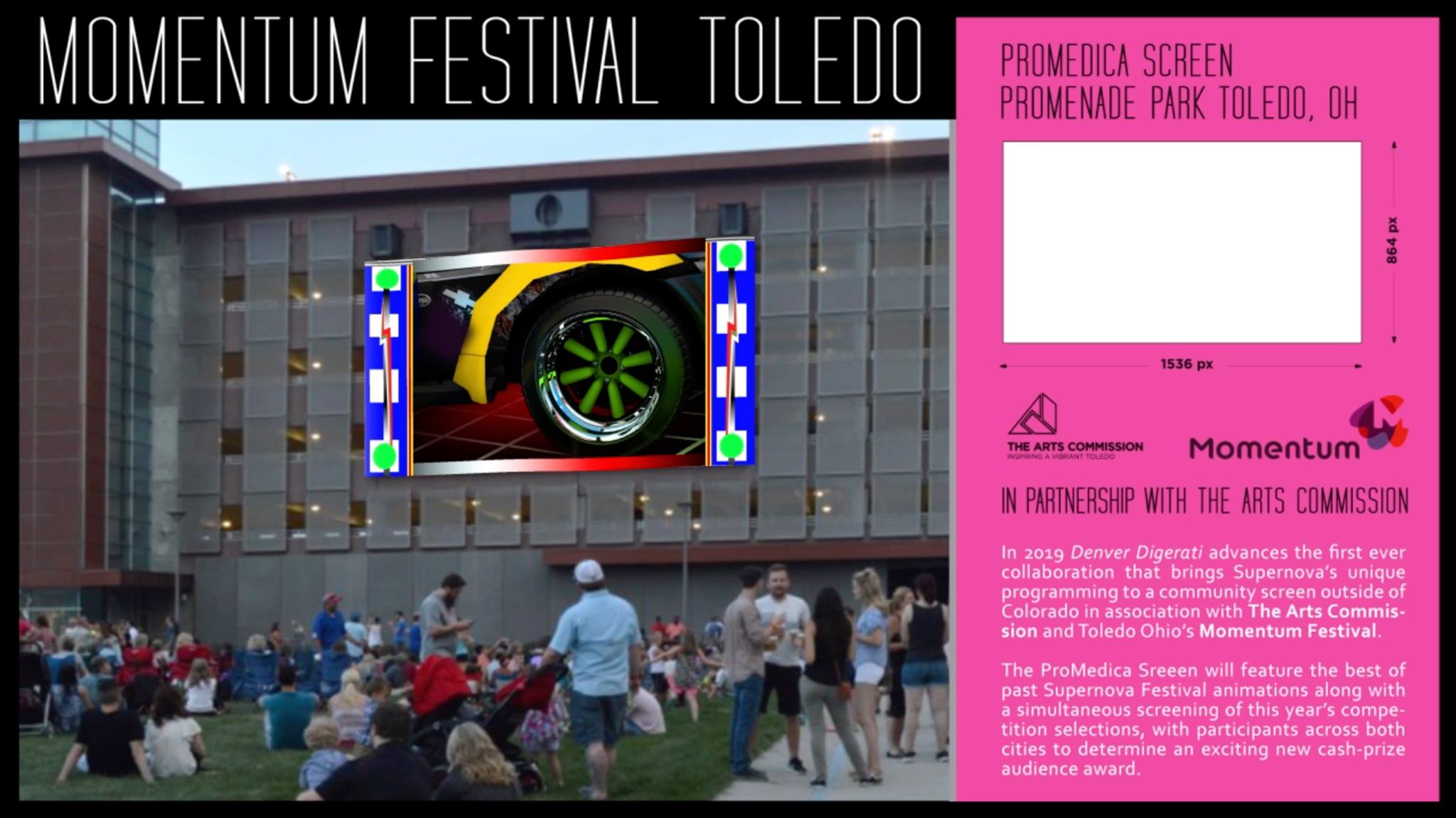 New this year is the addition of a sister-screen in Toledo, Ohio at the Momentum Festival. On the same day and during the same time, Toledo and Denver will have the chance to watch SUPERNOVA films simultaneously. It’s the first time that SUPERNOVA has collaborated with a screen outside Colorado. Toledo’s videos will be a mixture of previous SUPERNOVA animations and new (2019) ones. Momentum Festival is the annual art and culture event for Toledo, featuring all different mediums of art. SUPERNOVA’s inclusion in that festival only proves how relevant digital animation has become, especially at large-scale cultural events. 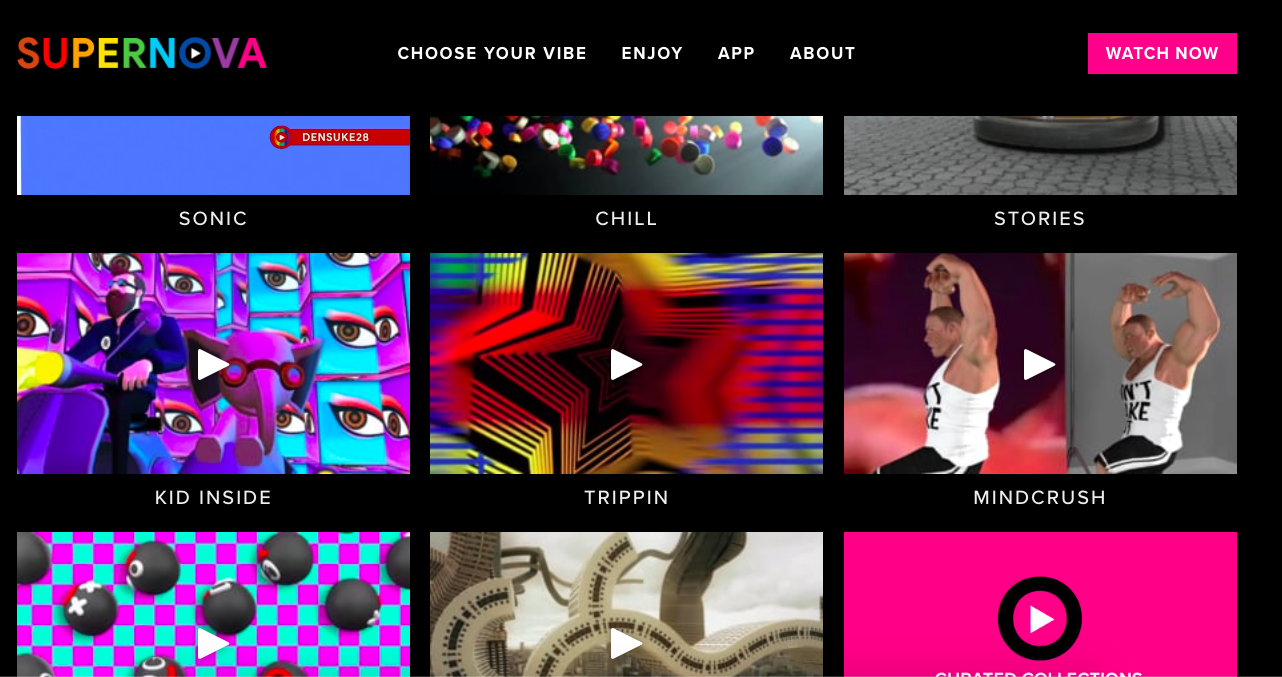 Also new this year is SUPERNOVA’s streaming service — for those fans who prefer to stay at home and still watch the newest digital animation. This year’s films will be released via that service on Saturday, September 21 (the same day that the films will premiere in Denver) and will double as a way for the audience to vote on their favorite film. The winning artist will win a $500 cash prize — a new addition to the cash prizes for artists in SUPERNOVA. Although a continuous subscription to the streaming service is $2 per month, SUPERNOVA is giving out a week free trial which gives you just enough time to take a test drive and enjoy this weekend’s programming without ever leaving your couch.

The other benefit of the streaming service is the ability to watch with or without sound. During the upcoming week of programming, only three of the seven screens will play the video with sound while the other four will silently loop.

Whether you are curious about digital animation or are entrenched in the scene, this festival allows everyone equal access to the newest animators and motion film artists. As we look ahead at the next five years, the current rise of projections, digital animation, projection mapping and other technologically-inspired art forms might mean that we are witnessing the pioneering efforts of a brave group of artists and advocates who will make history.

SUPERNOVA will show 10 hours of digital animation in various locations in Denver on Saturday, September 21. For more information, go here.