Chaz Bear known to many as the mind behind Toro y Moi, seems to work in shades. The indie trailblazer morphs between projects as if he’s consulting a mood board — orchestrating palettes of sound and sight that guide him through each record era with an air of unpredictability. Funk serves as his foundation to tap into everything from the chillwave of 2010’s Causer of This to the lighthearted groove odyssey of this year’s Outer Peace.

Throughout his musical journey, however, the tones have softened and the music that at one point felt underlined by seeming seriousness to appease Pitchfork writers and Urban Outfitters creative directors have given way to a Toro y Moi who paints outside the line doing whatever the fuck he wants. With a Jackson Pollock sense of organized chaos, Toro y Moi splatter painted a party in the Ogden Theatre on Friday night. 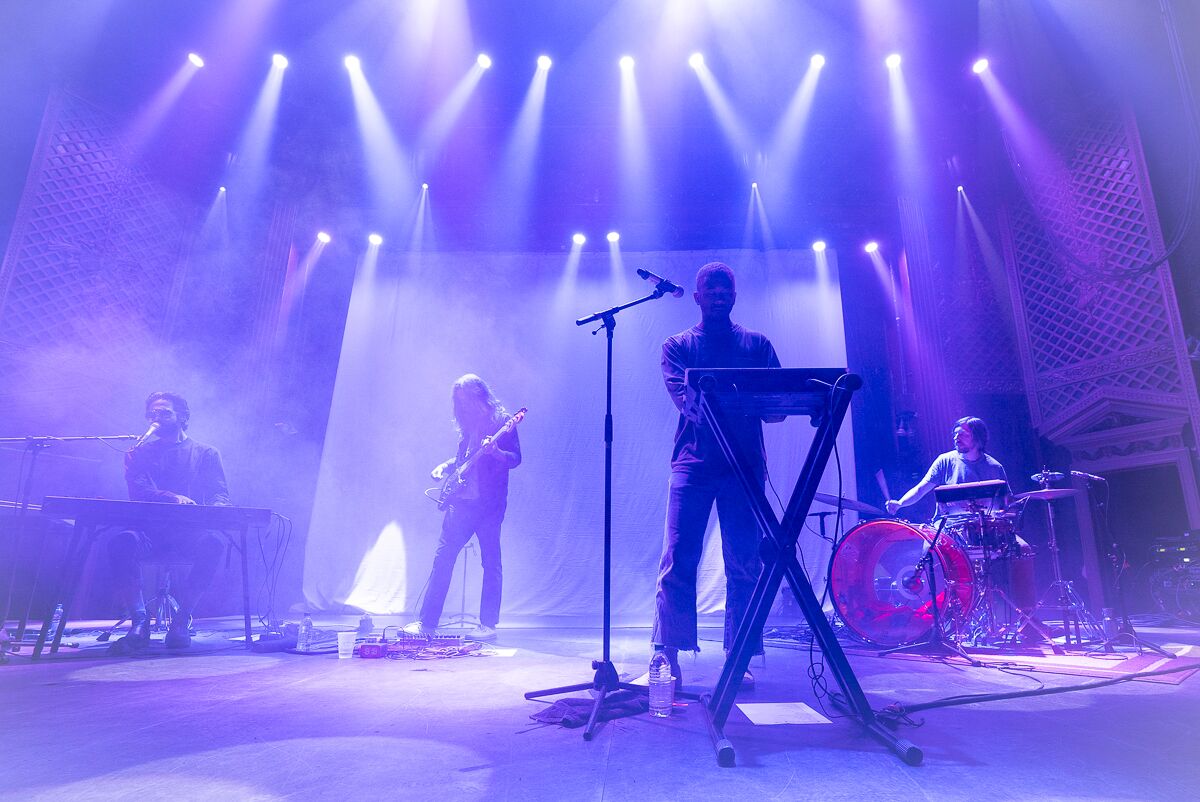 No stranger to a get down, emerging Compton-based house-music artist, Channel Tres opened the performance with a DJ set. Cast in harsh blue lights, Channel Tres turned out soul and disco chopped up with his own singles like “Brilliant Nigga” and “Topdown.” It was an easy task flipping the pensive pit into an all-out dance brigade, saucing up whatever funk Channel Tres dropped through down the hatchet. It was a nearly immaculate blend of the new and old school juxtaposed in sweet basslines and harmonized vocals. Jungle’s “Casio” for example, melting into Quincy Jones’ “Ai No Corrida”  was one of many such treats. It was akin to being in a black disco at its peak before their demise, and Channel Tres played his part — a host’s host, inviting fans into his party and getting down with the best of them. 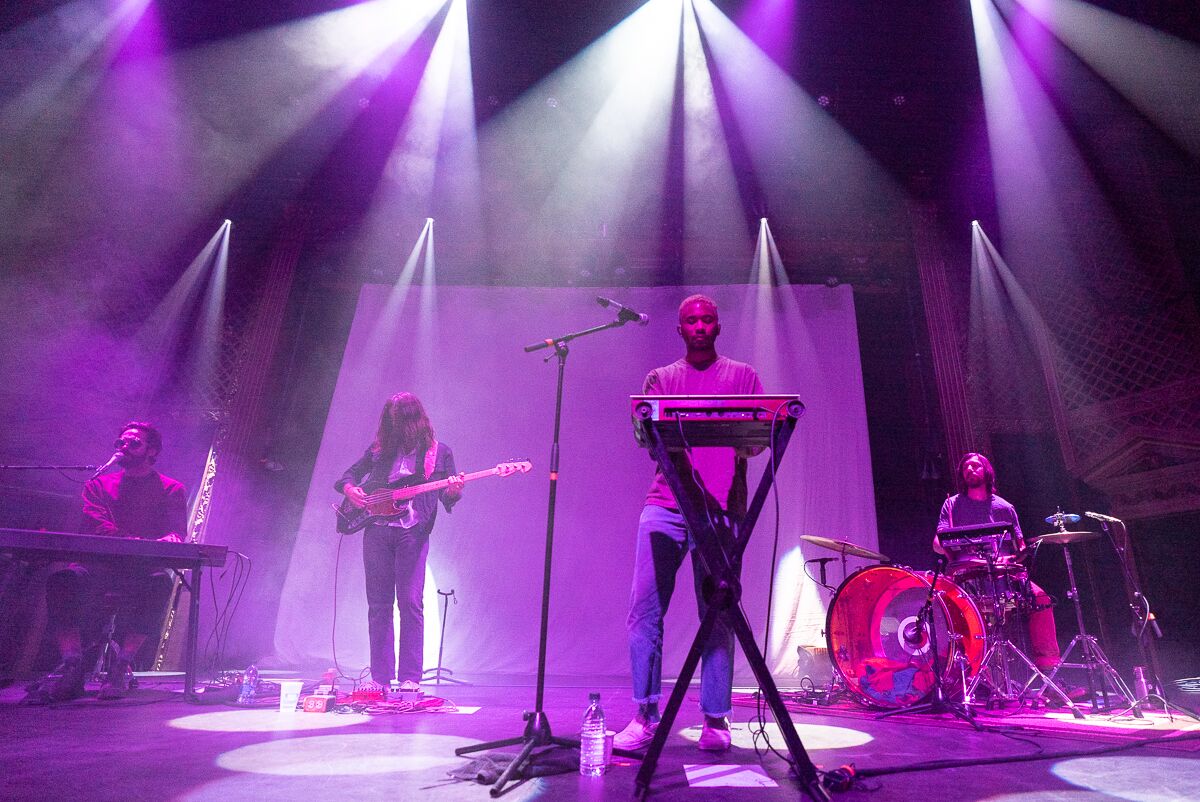 Following in short accord, Toro y Moi hit the stage flanked by a single sheet with a sparse smattering of instruments covering the stage. Setting off in cotton candy-hued lights, Toro y Moi slid into the set to the slow burn of “No Show.” Switching gears at the song’s conclusion, Toro y Moi acted as the water drop to the litmus test of the crowd’s exuberance, thrusting the fans into the euphoric mosh of “Ordinary Pleasure.” Jumping around while Bear made his rounds dancing across the stage made certain that this was the era of the topdown and sexy Toro y Moi.

The set almost seemed to burst from the seams as people bounded from body to body amidst tunes that comprised mostly Outer Peace and 2017’s Boo Boo. What felt like youth in motion was odd for a musician who dropped his first project nearly ten years ago, but on all fronts, Toro y Moi felt younger and far more vibrant than any time prior. Chalk it up to the Travis Scott effect, or what have you, but looking into the crowd, the hype was palpable.

A heavy dosage of chanted “aye’s” built up to titanic refrains in songs “Say That” and “Rose Quartz” bubbling over in sweaty all-consuming dance breaks. Even the more introspective cuts of “Labyrinth” and “Monte Carlo” were pantomimed in waves of uncontainable joy against the irrepressible trampoline that had become the floor. 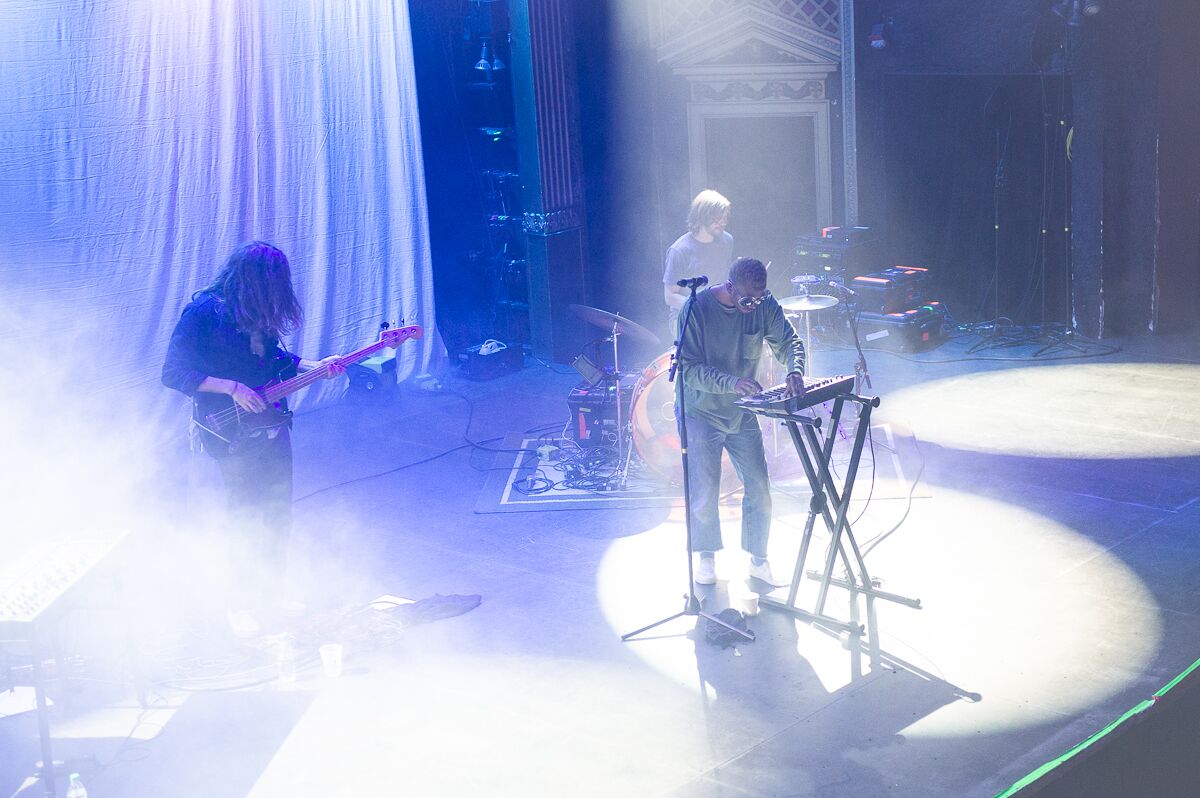 Capping the performance with a wildly uninhibited performance of “Freelance,” Toro y Moi had never seemed so in tune with themselves. It was as if the last couple of years of deeply crafting the Toro y Moi moniker had instilled in Bear the necessity to discover what it means to be carefree and to care less. As it turns out, throwing out the color palette altogether might be their best work yet.

All photograpy by Glenn Ross.