Review – The National Made Melancholy The Mission

The National is not a particularly happy band — quite the opposite actually. Much like an adult confronting the “Sunday Scaries” in a Chuck E. Cheese reevaluates the decisions that brought them there, The National does the same — confronting the many reckonings of life itself, with a dour edge and an inexplicable tinge of hope. There’s no “Walking on Sunshine” for this rock outfit, rather, within the band lies a beautiful cynicism for a wonderfully fractured world and they’ve got a knack for it, drawing critical acclaim for nearly all eight of their studio albums.

The sadness and searching are all part of the territory on the gray-skied holiday The National ring in when they play in any given town. The band’s second of two performances at Mission Ballroom this weekend was of a similar accord, a melancholy affair and a flood of feverish emotions that served as a testament to the band’s captivation. 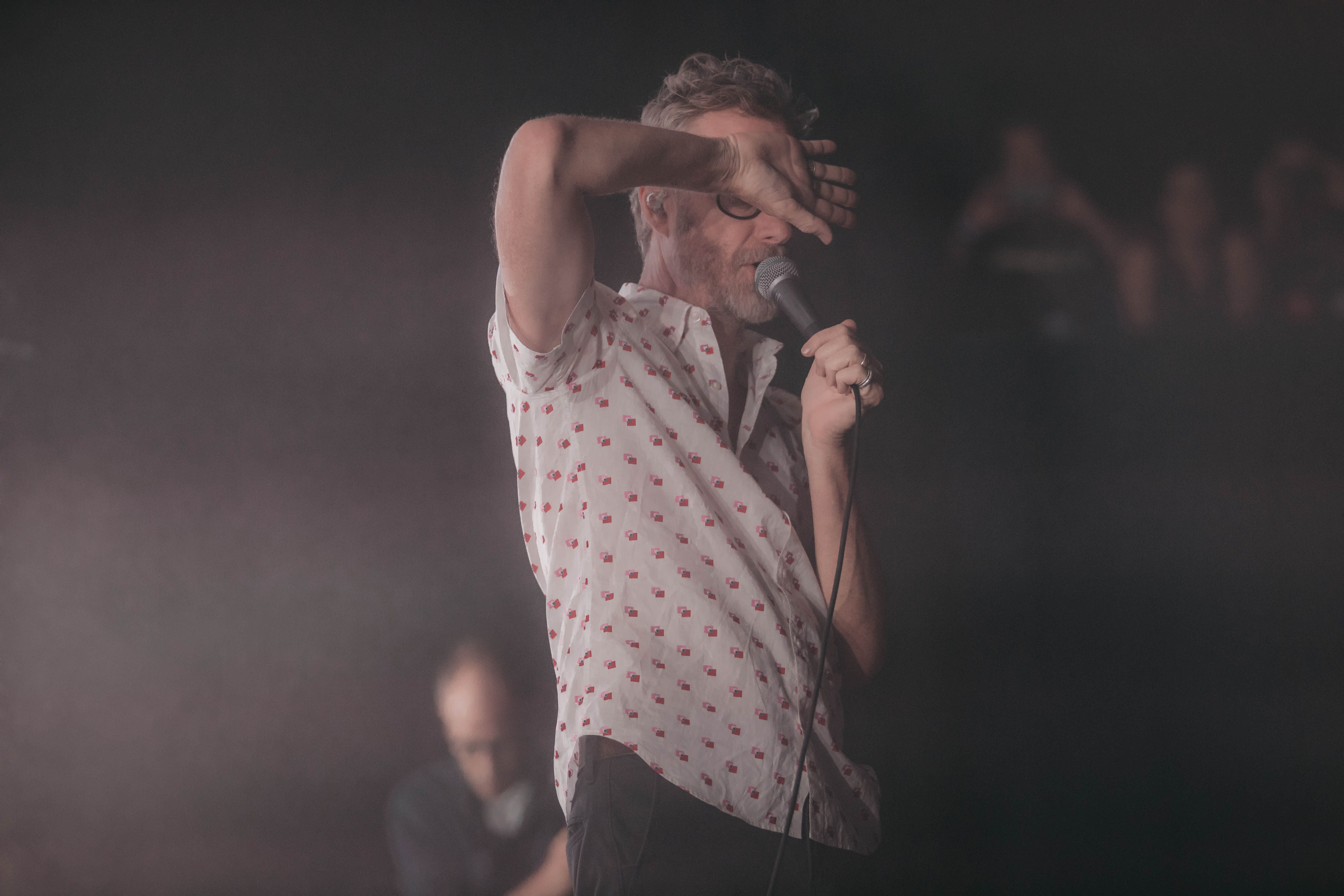 The ever-dreamy Alvvays opened the performance, whisking the audience away on the wings of their fuzzy indie-pop. The band effortlessly toiled away through an apparent hangover from the previous night’s show, as confided by lead singer Molly Rankin. Last night’s regrets be damned, however, as the band sounded spotless and Rankin’s saccharine vocals soared through the packed venue.

The reverb bathed in guitar licks and jangly drums coupled with Rankin’s vocals created a sound bath out of tunes like “Dreams Tonite” and “Plimsoll Punks.” Stopping ever so often to converse with the audience and playfully joking about the ease of blaming mishaps on the altitude in Colorado, made for a gracious opening — one that perfectly set the stage for The National’s brooding tunes. 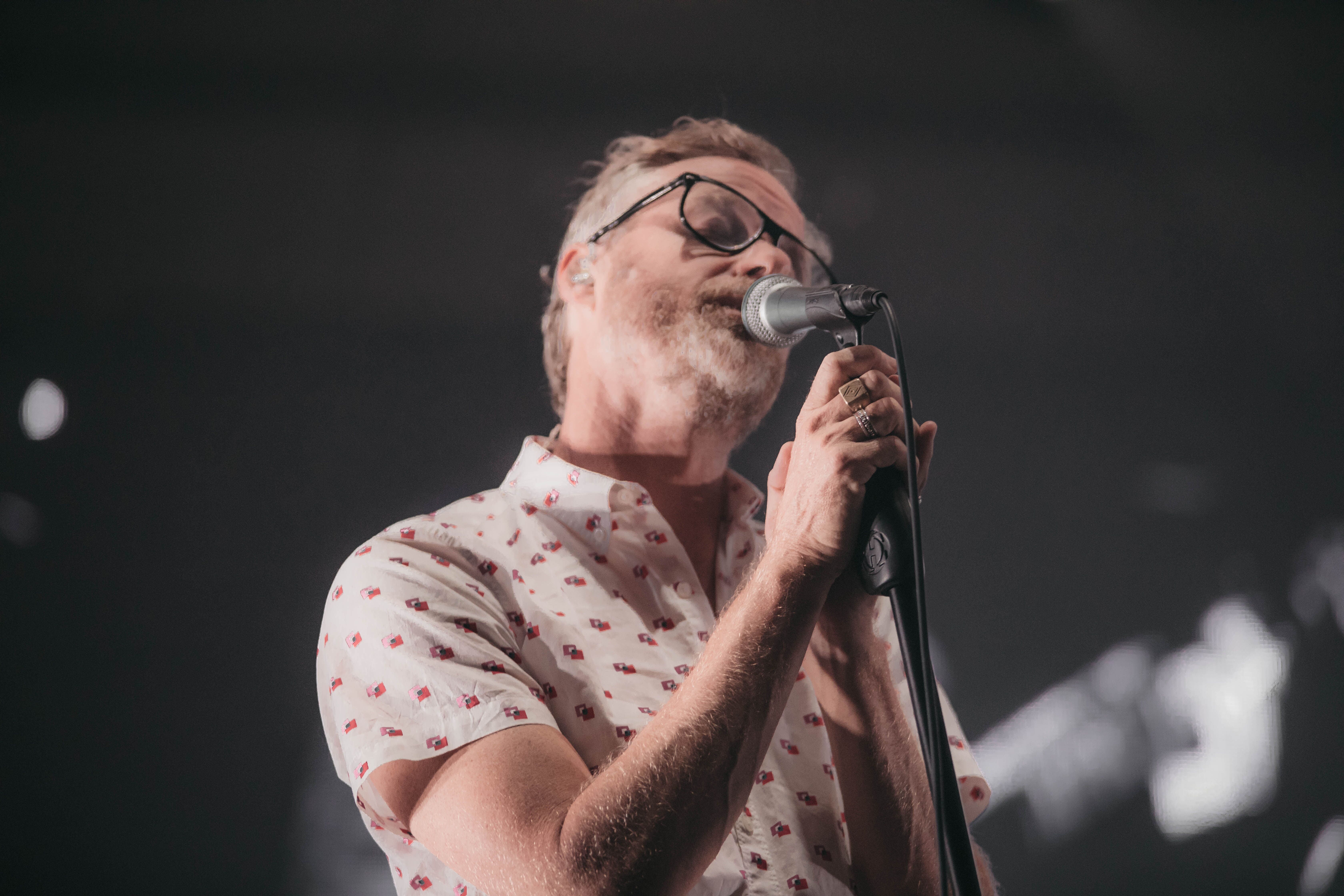 With a black and white backstage cam live-streaming the band’s preparation in the hallways of Mission Ballroom,  fans anxiously awaited The National’s imminent arrival. Given the go, the doors swung open to reveal the band, slowly trickling onto the stage to eventually dive into “Rylan.” Joined by This Is The Kit, contributing vocals to many of the songs from this years I Am Easy To Find, The National took a curated approach to tackle their intimidating catalog, with lead singer Matt Berninger leading the charge.

“Bloodbuzz Ohio” served as an early anthemic peak, “Sea of Love” drowned out any semblance of silence in its stomp it out verses and chorus, and the marvelous Mission Ballroom disco ball lit up and shimmered on the quaking “All the Wine.” Berninger even had his moment in the crowd, carving a path through the ballroom during “England” haphazardly giving a couple of unlucky fans whiplash in the process, but delighting those who were too far to taste the numbness of the song. Guitarist Aaron Dessner, in particular, had his moment in the clouds, marking several tracks with howling guitar solos.

For fans who’d witnessed last year’s Red Rocks appearance, the Mission Ballroom show was a bit of a departure — a bit more longitudinal and restrained. The show settled into a groove, riding a sobering wave that felt as mesmerizing as the ebb and flow of the ocean itself on an overcast day. The performance was reflective, the kind that sits astutely in conjuring emotions, rather than pushing them. For the Millenial-seekers, The National’s Mission Ballroom debut was chill, sticking to what they do best, as to not blow their cool.