Review – Dominic Fike Broke Through at the Moon Room

If Dominic Fike hasn’t hit your radar, this should serve as a wakeup call. The singer and rapper from Naples, Florida, whom Billie Eilish considers the “baddest kid” she’d ever met in her life, is a genre-busting juggernaut who seems utterly destined for superstardom. The soon to be 24-year-old is meek in appearance, boasting a scrawny stature that underscores his age, of mixed race — Filipino and African-American descent — and a hairline emblazoned with Japanese characters and an Apple logo beneath his eye, that undoubtedly gets mistaken for a teardrop tattoo.

His sound wavers between that of Jack Johnson if he’d traded in the beach for a prime dig in the inner city, and far less intelligent, but unfortunately far more successful Soundcloud rappers — for now, that is. His voice carries grit, but the young musician has pop sensibilities to spare — look no further than his gargantuan single “3 Nights,” released as a demo tape while locked up in county jail. Much like Eilish, Fike is a talent whose already grappled the fickle attention of millennials selling out his first tour with less than 10 songs to his name.

The full display of Dominic Fike’s fandom was felt at an extremely cramped performance in Summit Music Hall’s Moon Room on Tuesday night — a performance which not only proved his worth as a standalone artist but one who has far more up his sleeve than he lets onto. 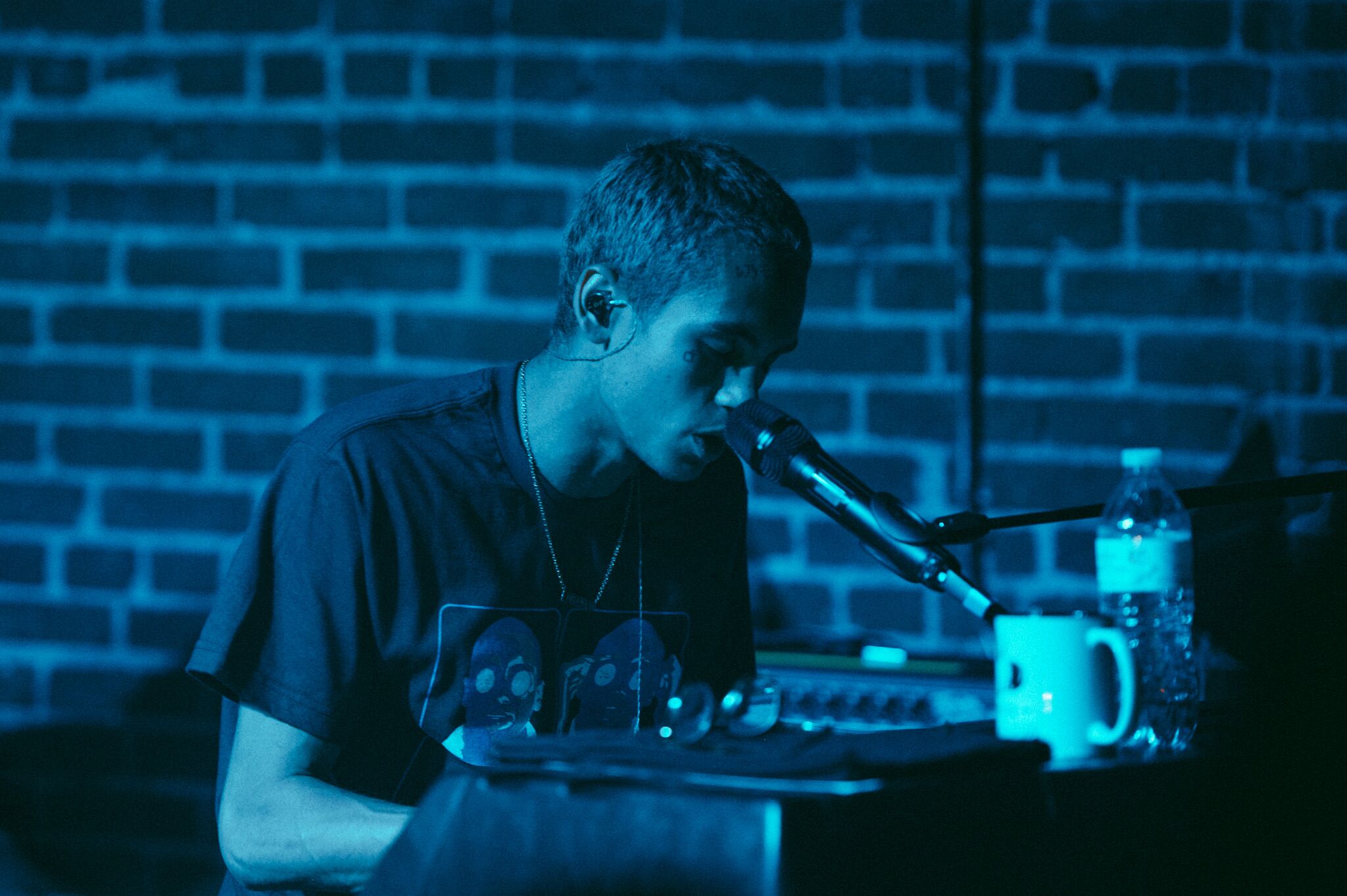 Upon entering the standing-room-only venue, the walls and bar were lined with people. The house music blared from the speakers and the crowd almost seemed to vibrate in anticipation for Fike. Seeing the unruly response from those in attendance left no uncertainty that Fike could have sold out the venue in its entirety. Hell, it may have even been a reprieve from the straining it took to get a glimpse of the stage behind the wall of bodies.

Eventually cutting through the crowd to make his way on stage, iPhones lit up and guttural squeals pierced any remaining veil of composure. Enter Fike, donning thick black-framed glasses and a thick cream coffee mug, looking as casual and unassuming as a crouton in a salad bed. With a little banter to ease him into the crux of over-eager 20-somethings, Fike dived headfirst into “She Wants My Money.” 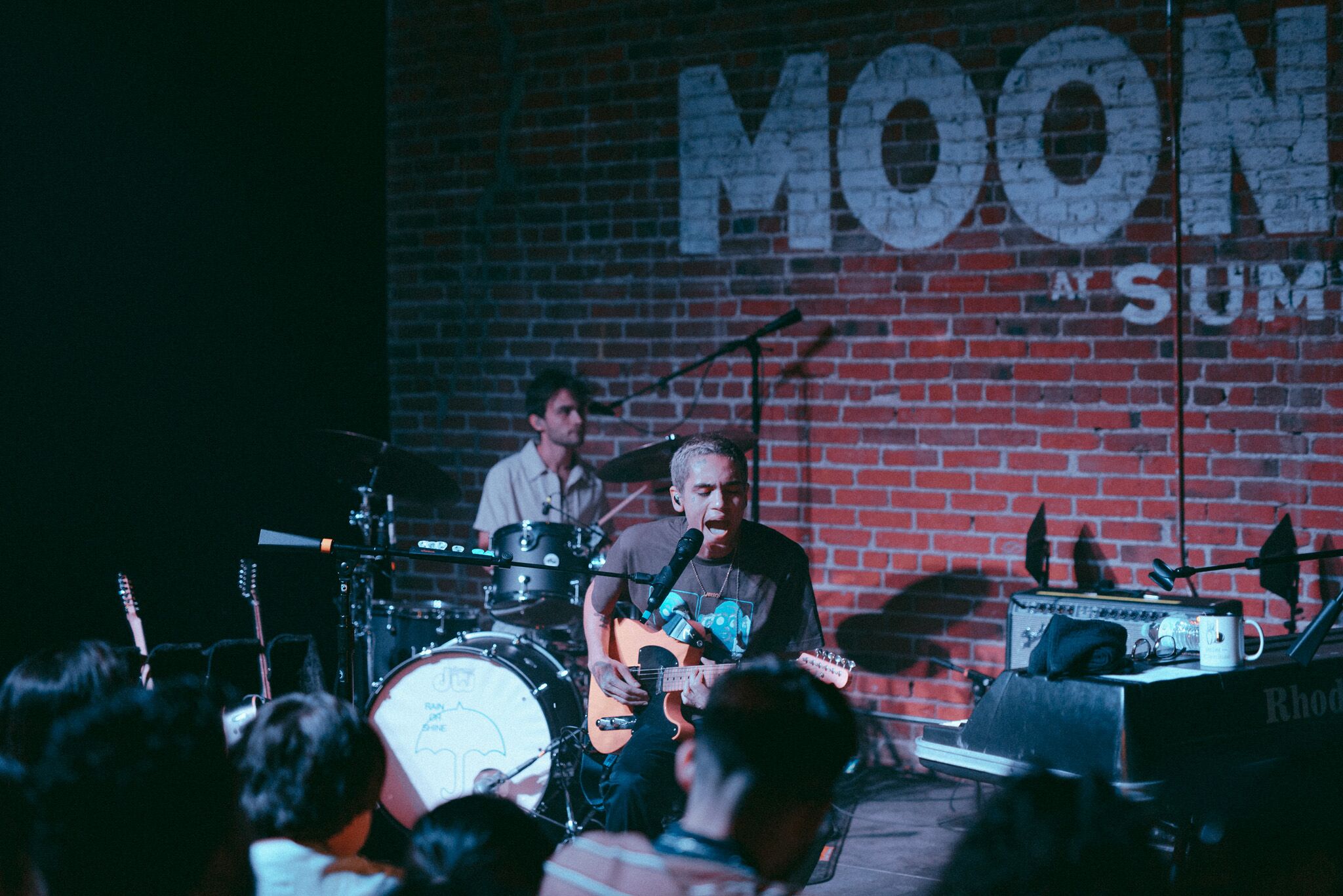 From the jump, the crowd picked up on every word, and Fike’s voice — somehow even more soulful and gritty in the flesh cruised through the set, letting his short songs slice and dice their way from the confines of Air Pods to the stuffy air of the venue. Fike could amp the crowd on cuts like ” Phone Numbers” as much as he could serenade ala “Rollerblades,” and the crowds ‘whatever is clever’ approach served to amplify his versatility and laidback approach.

Fike interestingly enough even debuted a leftfield cover of Norah Jones’ “Don’t Know Why” — which bafflingly sent far too many people careening for the Shazam app only to mispronounce the name of the jazz singer who wrote it (Norah Johnson? Noral John?). Whatever cultural failure that could be derived from that moment certainly didn’t faze Fike, as the cover itself was delivered warm in bluesy earnest. 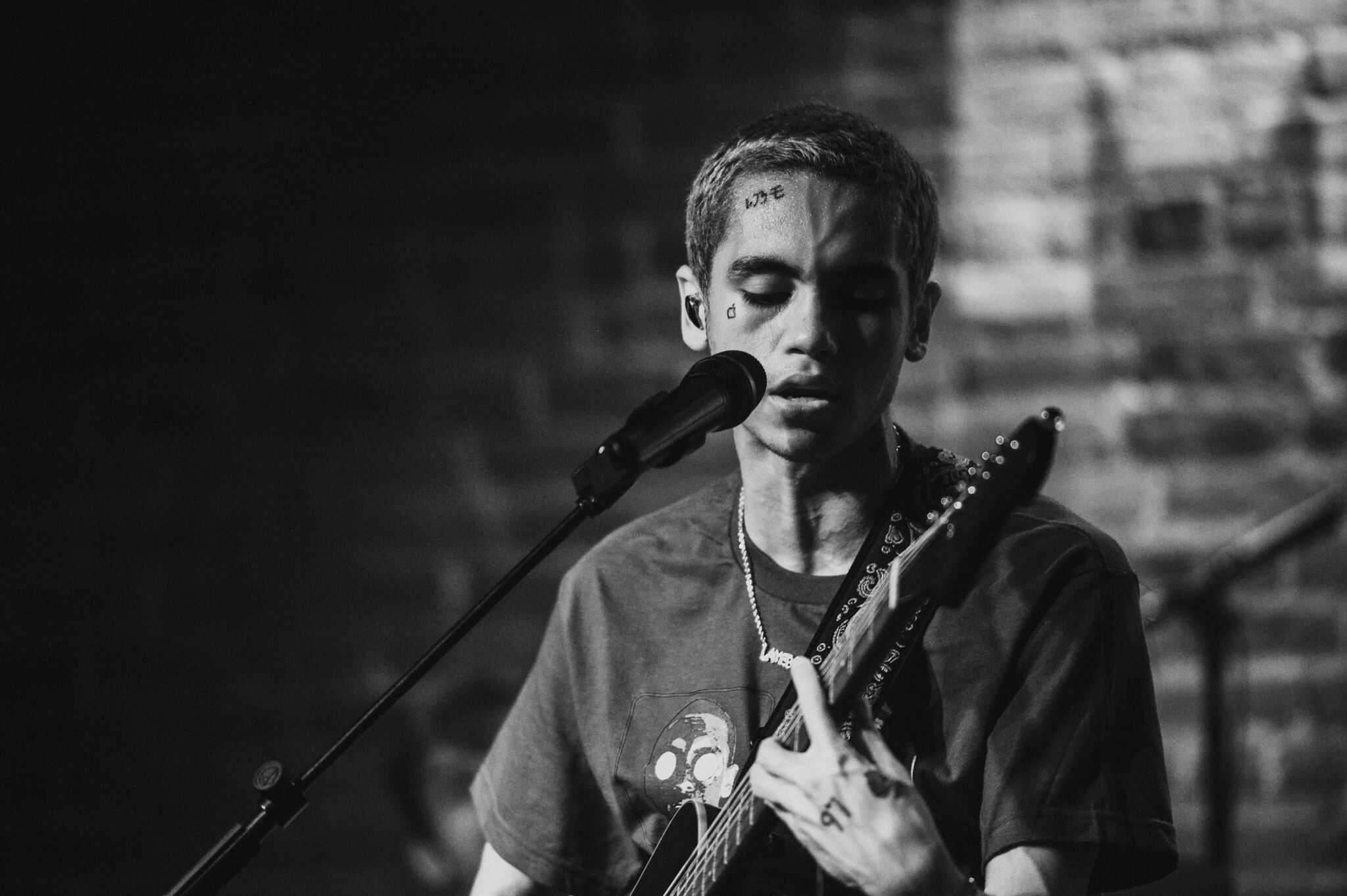 By the time Fike’s marquee “3 Nights” came and went, the set hadn’t gone more than 40 minutes, but that was the name of the game for an artist stepping out for the first time. Returning to the stage for an encore, Fike saved his best hat trick for last, mashing up his song “Westcoast Collective” with Weezer’s “Say It Ain’t So.” Fike and his bandmates hurled themselves through the tunes with the swagger that suggest far less of Jack Johnson, but rather, Anthony Kiedis. Knowing the Red Hot Chili Peppers are a major influence of Fike’s, it shouldn’t have been a surprise, but it was a welcome one that placed all bets off for the musician, as he could literally do anything at that point and get away with it.

Semblances and similarities only go so far with Dominic Fike, as they only serve as hints to the many influences the burgeoning musician has in his cannon. Whenever Fike decides to take his shot it’ll explode.